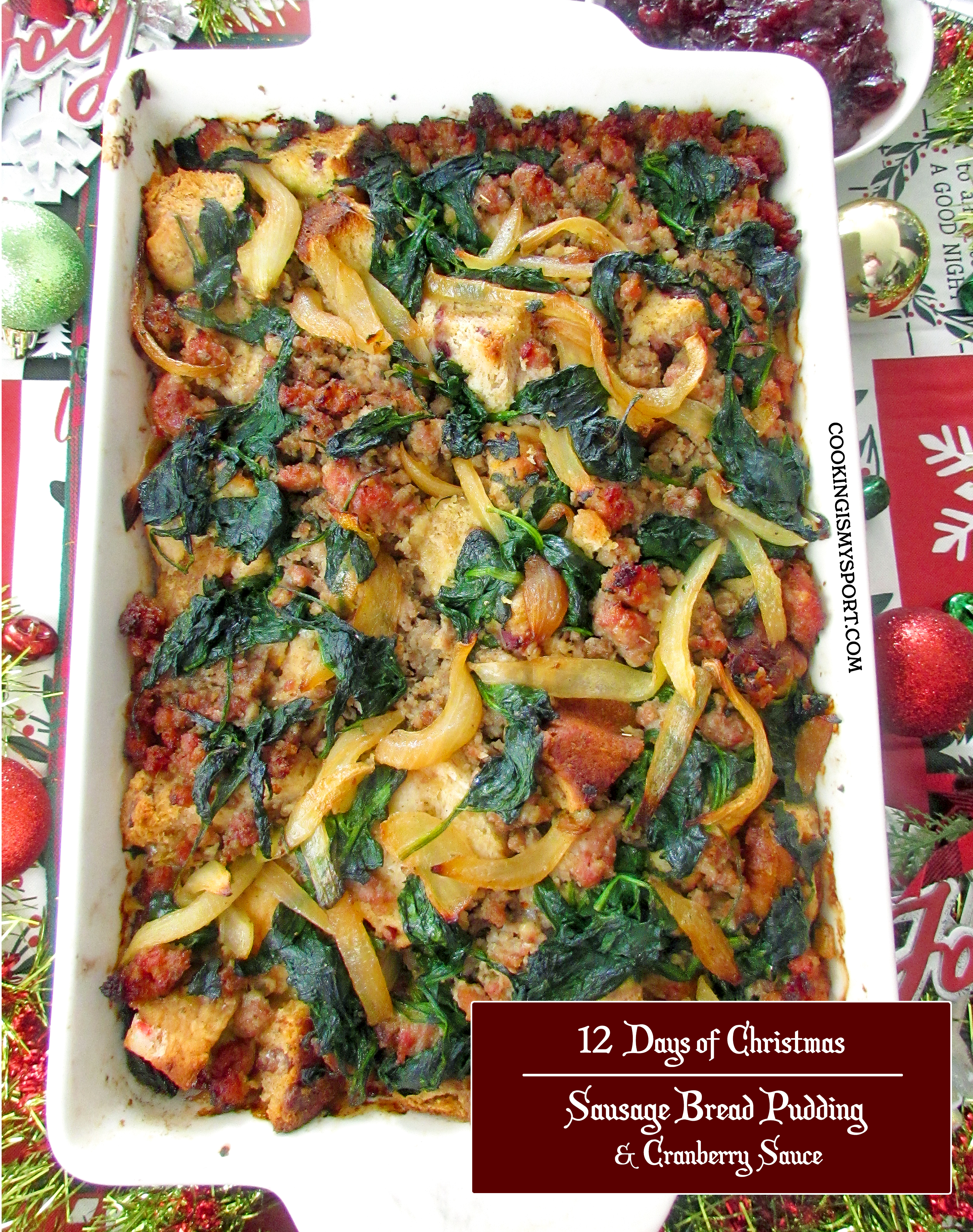 I’ve said it before, but one of the goals I set for myself in doing this Christmas series every year is to try and include at least one savory option in the mix. There are plenty of people out there who aren’t into sweets. God knows *I* don’t know or understand that lifestyle, but I can at least acknowledge that it exists by trying to factor it into my offerings on the blog for Christmas. 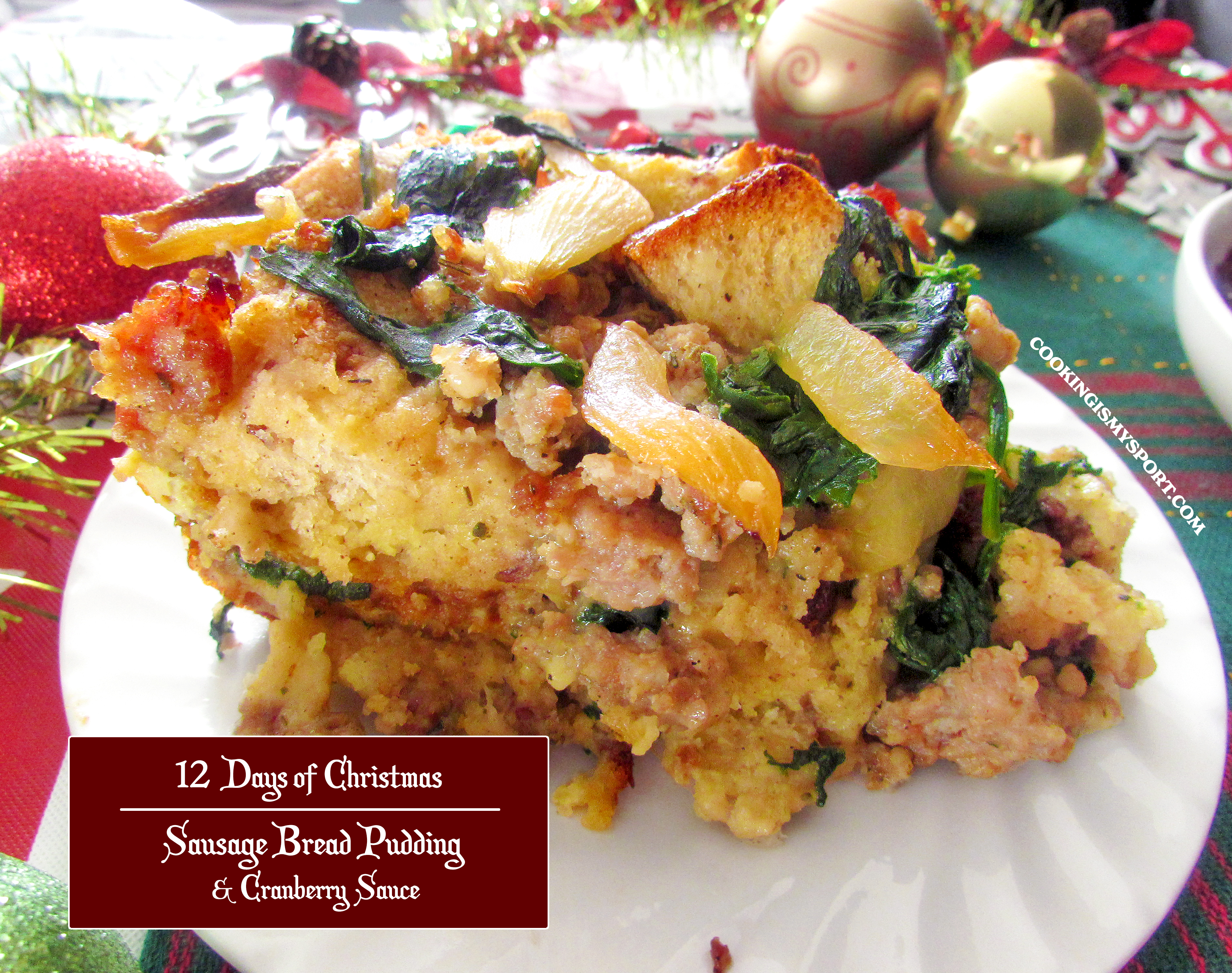 The savory baking I tend to do at Christmas usually translates into warm, comfort food-style dinners or brunch foods. In 2016, it was Stuffing Bread. In 2017, it was Tourtiere. In 2018, it was chicken hand pies. This year, I decided to do a little bit of recipe recycling to come up with something different. 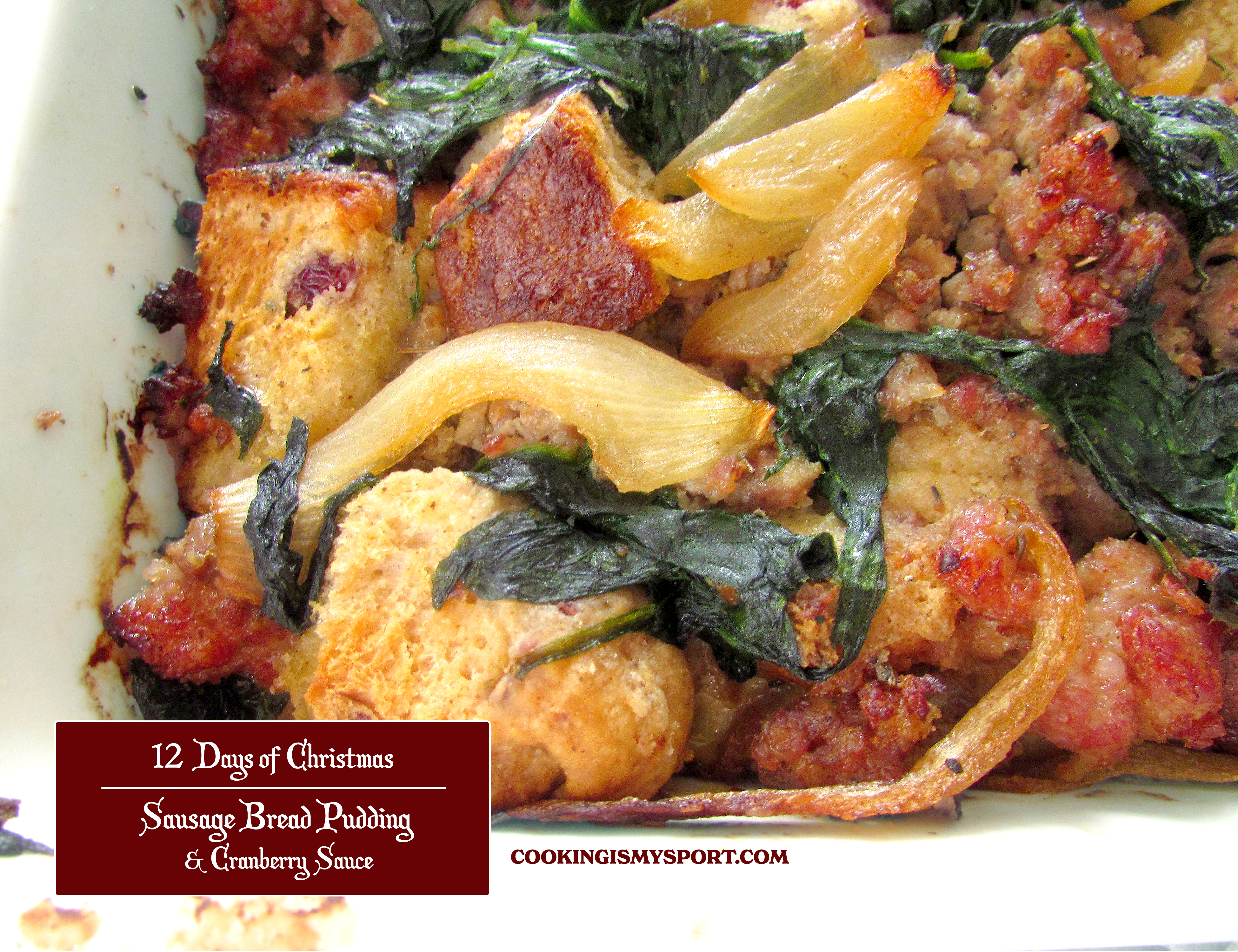 Last week, I kicked off the series with these Orange Cranberry Buns. The recipe made quite a lot of them; there were leftovers. Granted, they were perfectly delicious all on their own, but I did get to thinking about ways I could use them for something else. What do you guys do when you’ve got a bunch of leftover bread sitting around? My thoughts exactly; you make bread pudding. 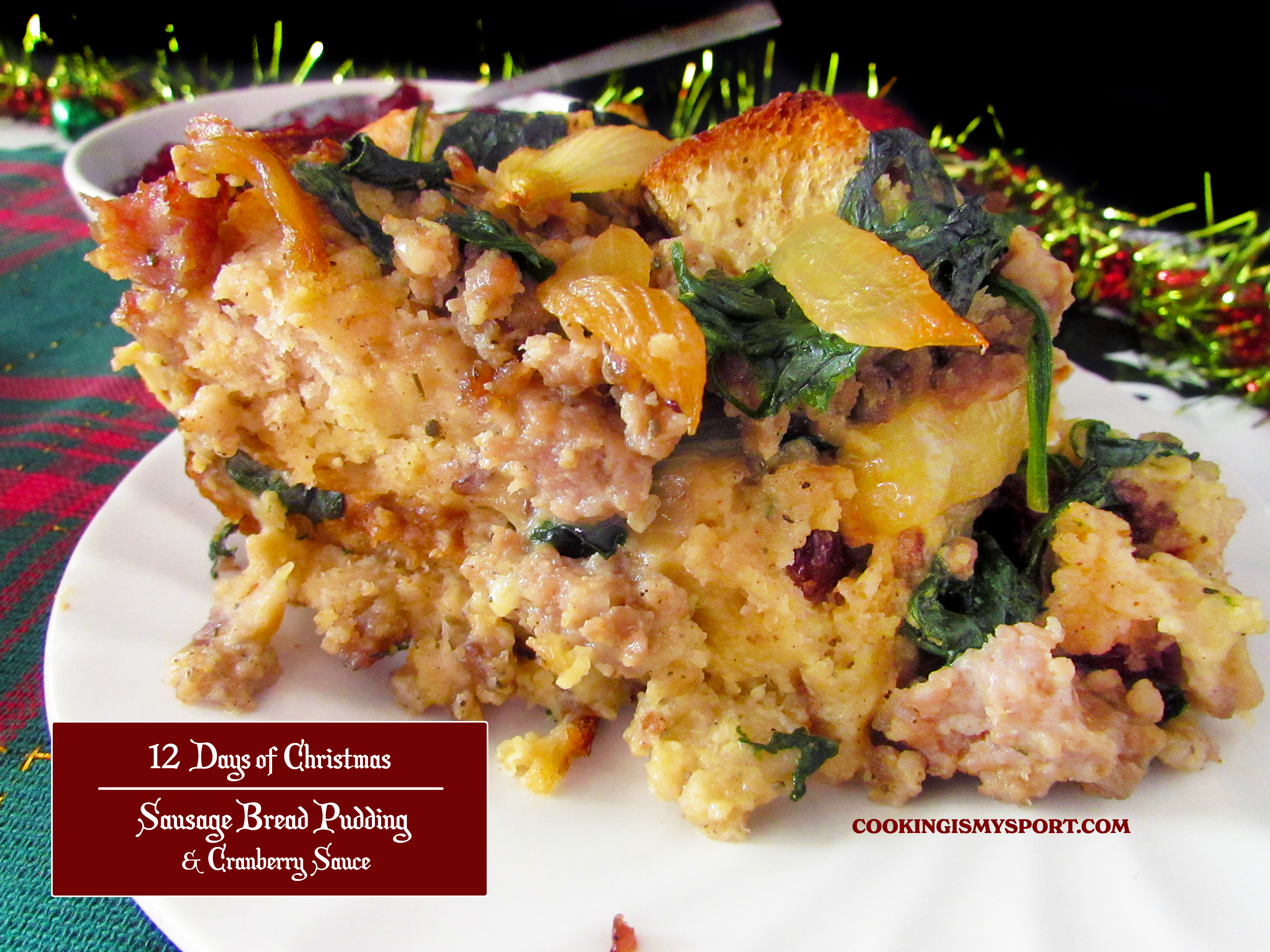 Now granted you don’t HAVE to make those buns just to make this dish. Any flavor or style of bread will work so long as it’s bread with a strong and sturdy crumb that can hold up under the milk and egg soaking. Look around the bakery aisle of your grocery store for challah, brioche, potato rolls; any of those will work perfectly here. But I will say that using these buns for it would be an AMAZING choice. Your tastebuds would thank you for it. 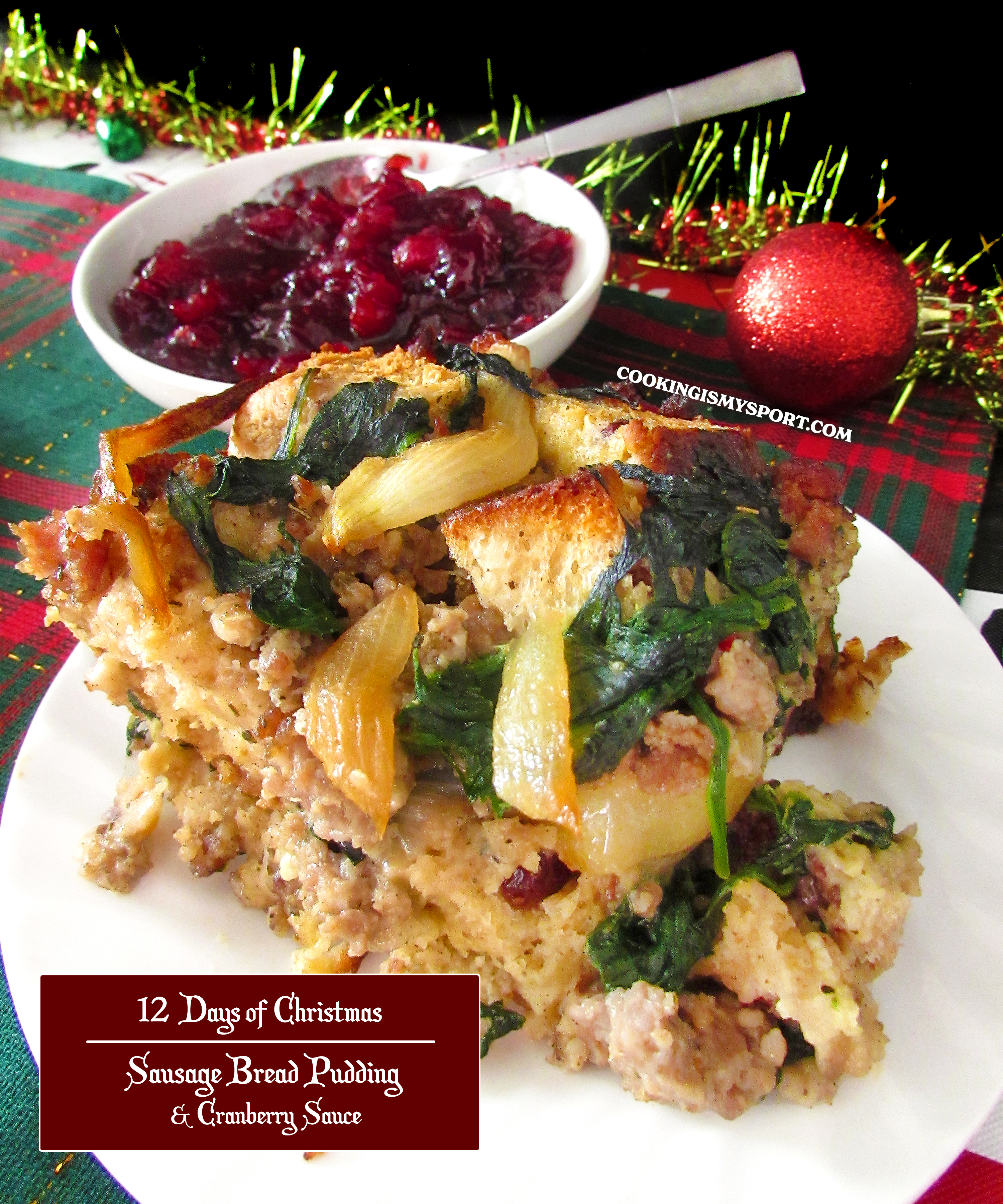 Most times, bread pudding is extremely sweet; a dessert, really. But, I’ve experimented with savory variations of it before here on the blog, which is what gave me the idea for this dish in the first place. That recipe used ham. This one uses sausage. Sausage is a very common ingredient when it comes to traditional dressing, and the flavors in that dish are the inspiration for the flavor profile I was shooting for. When it comes to mix-ins, I kept it simple. Spinach and onions and that was great for us. However, it’s really up to you as to what else you put inside. It’s kinda hard to screw this up when it comes to the mix-ins. 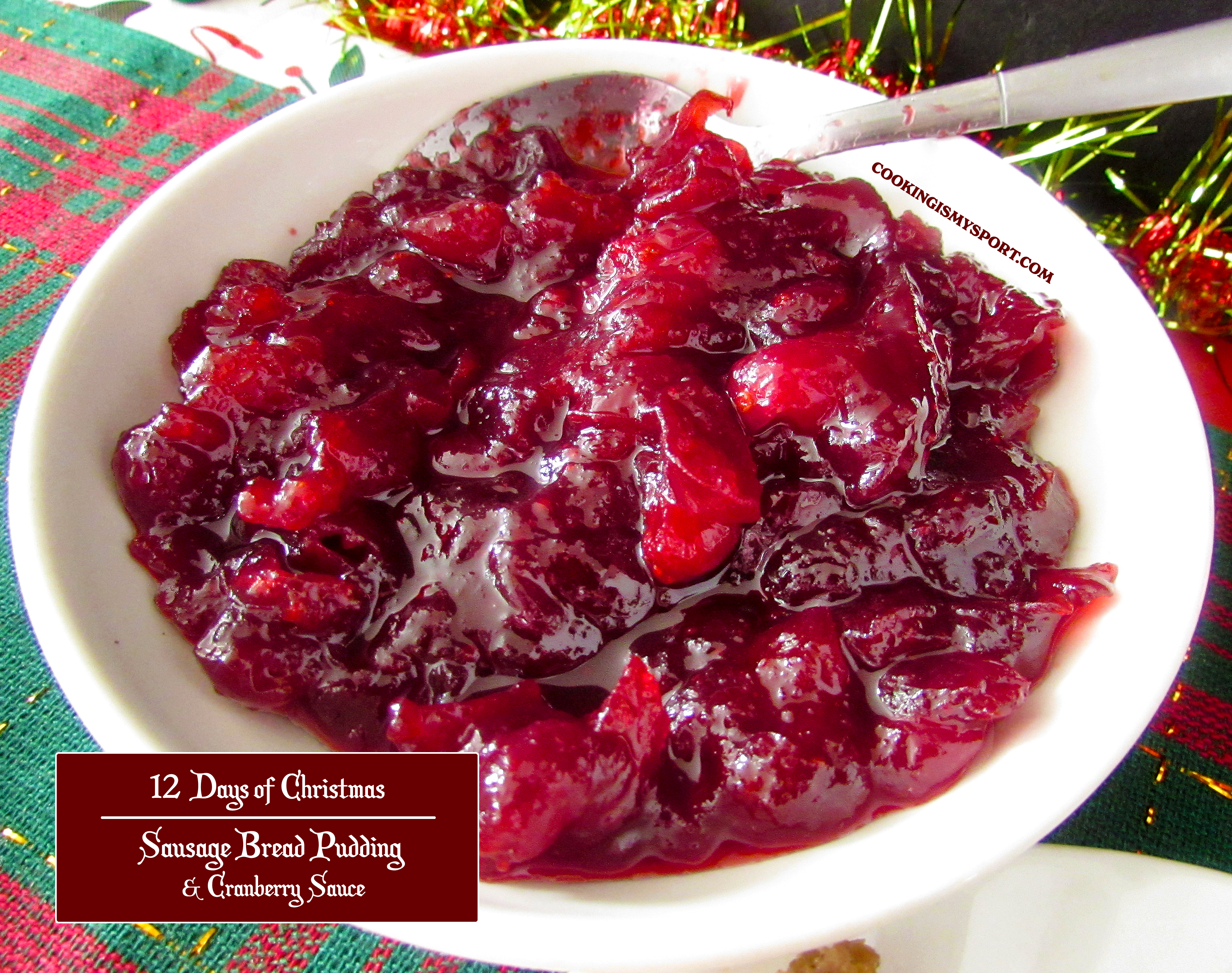 That should tell you everything you need to know.

Adapted from a previous recipe on Cooking is My Sport, and Anne Burrell

Meanwhile, pour about 1 tablespoon of oil in the bottom of a large skillet or pot, and brown the sausage over medium heat. Drain the grease and set aside sausage in a medium sized bowl.

Saute the spinach in the same pan/pot until it is just wilted and vibrantly green, about 5 minutes. Remove to a separate bowl and set aside.

Saute the onions in the same pot, until they are translucent and limp, about 7-10 minutes. Remove to another bowl and set aside.

In medium size bowl, using a wire whisk combine the eggs, the milk, and the seasonings, beating until yolks are broken.

Cover the dish tightly with plastic wrap and refrigerate overnight. Preheat oven to 350°F. Uncover the dish then bake on the middle rack until the top is golden brown and the pudding is firm in the middle, 60-65 minutes. Serve warm with the cranberry sauce.

Bring to a boil and reduce to a simmer. Simmer for 20 minutes.

Add the dried cranberries and simmer for 10 to 15 more minutes, or until the sauce has thickened. Store overnight in the fridge to allow sauce to set, then serve alongside bread pudding 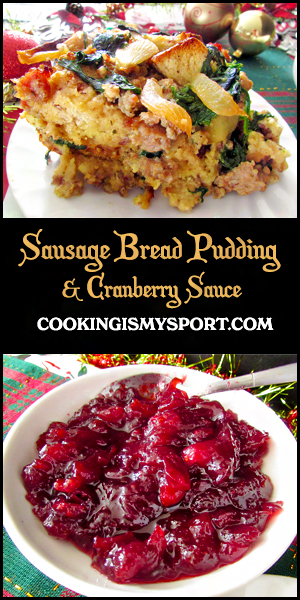