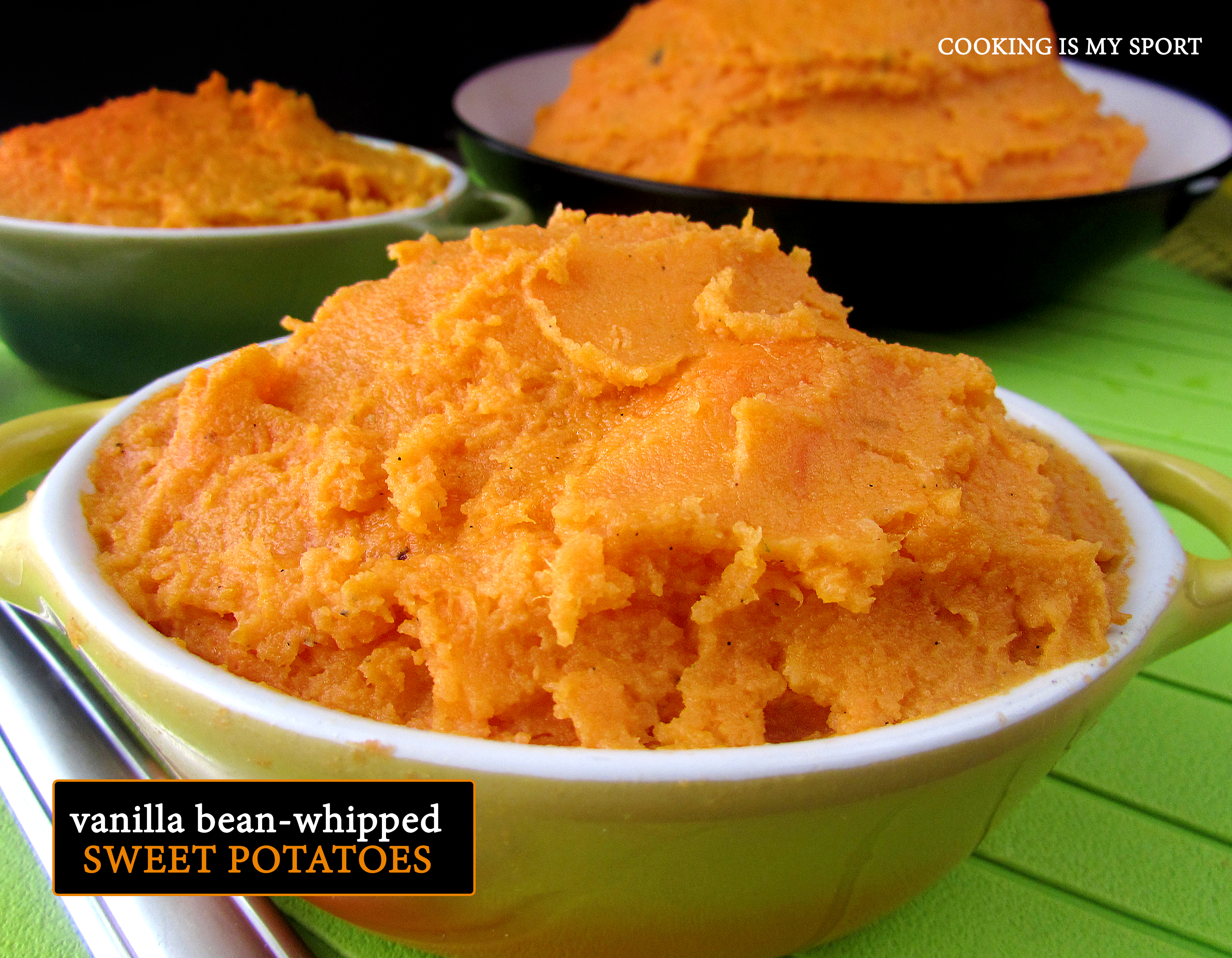 Remember my post last year for when I made Roasted Red Pepper Hummus, where I mentioned that I bought myself a Ninja Blender?

Well, my Ninja went to Ninja Blender Heaven guys. At least, the pitcher and the lid did. Fortunately the actual base/machine part is fine.

Yeah, there’s a story to this one too.

We had ourselves a regular homicide here. Murder in the first degree…. by a dish washer. 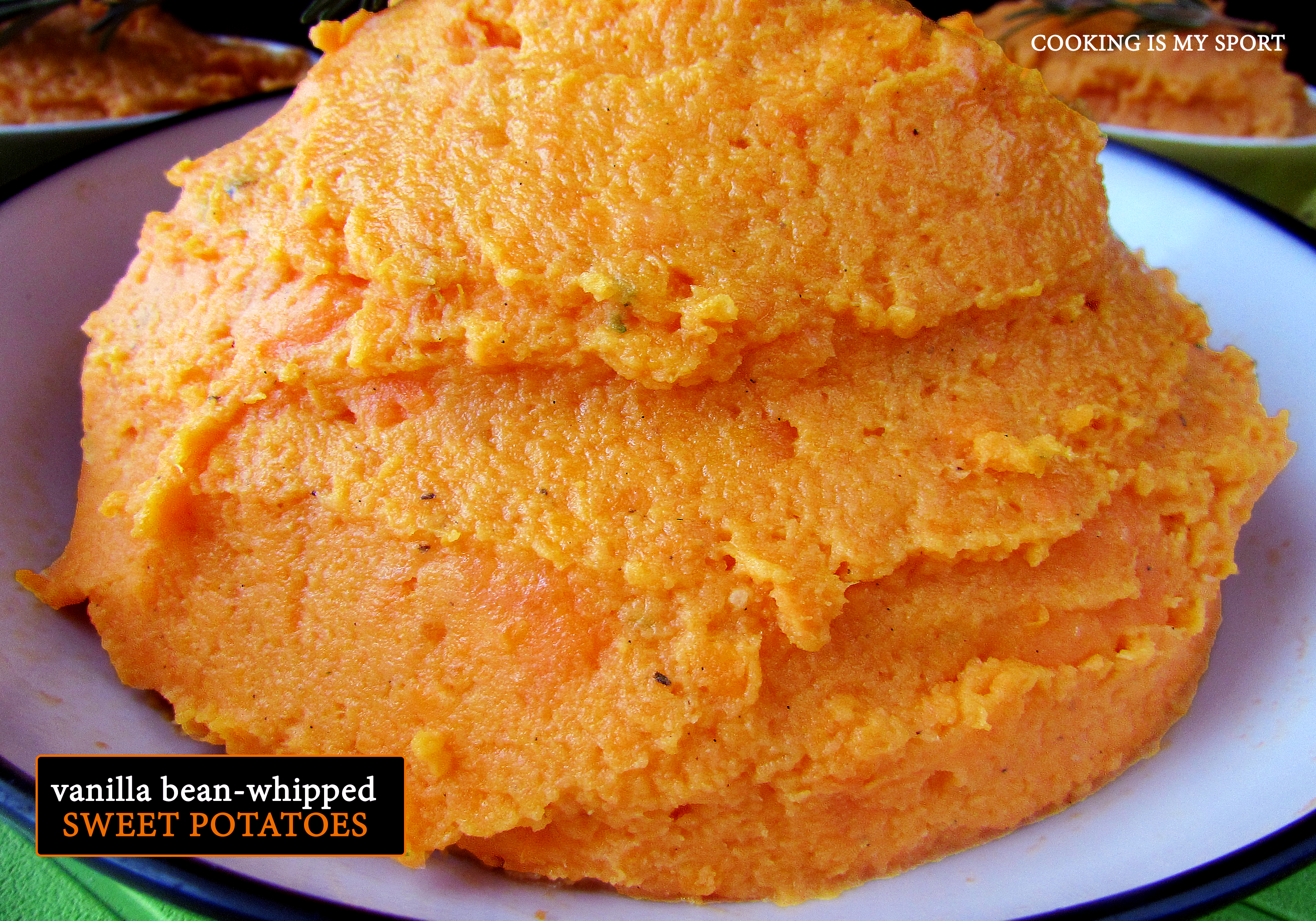 Before you guys call me an idiot, in my defense let me just say that I’d always been able to wash the pitcher and lid of my Ninja in our previous dish washer without any issues whatsoever. I wouldn’t say that they’re made of plastic, it felt much thicker than that and not the kind of thing that would easily melt or be destroyed in a dish washer.

But  the dish washer in our new place is much newer than the old one and I guess that means that they get a LOT more hotter.

You can tell where this story is going. I washed the pitcher and the lid in the dish washer and when I opened the door to take them out and put them away, I saw the ridge of the pitcher and the grooves of the lid had been melted so that they were…wavy.  Also, unusable.

I wasn’t a very happy camper. 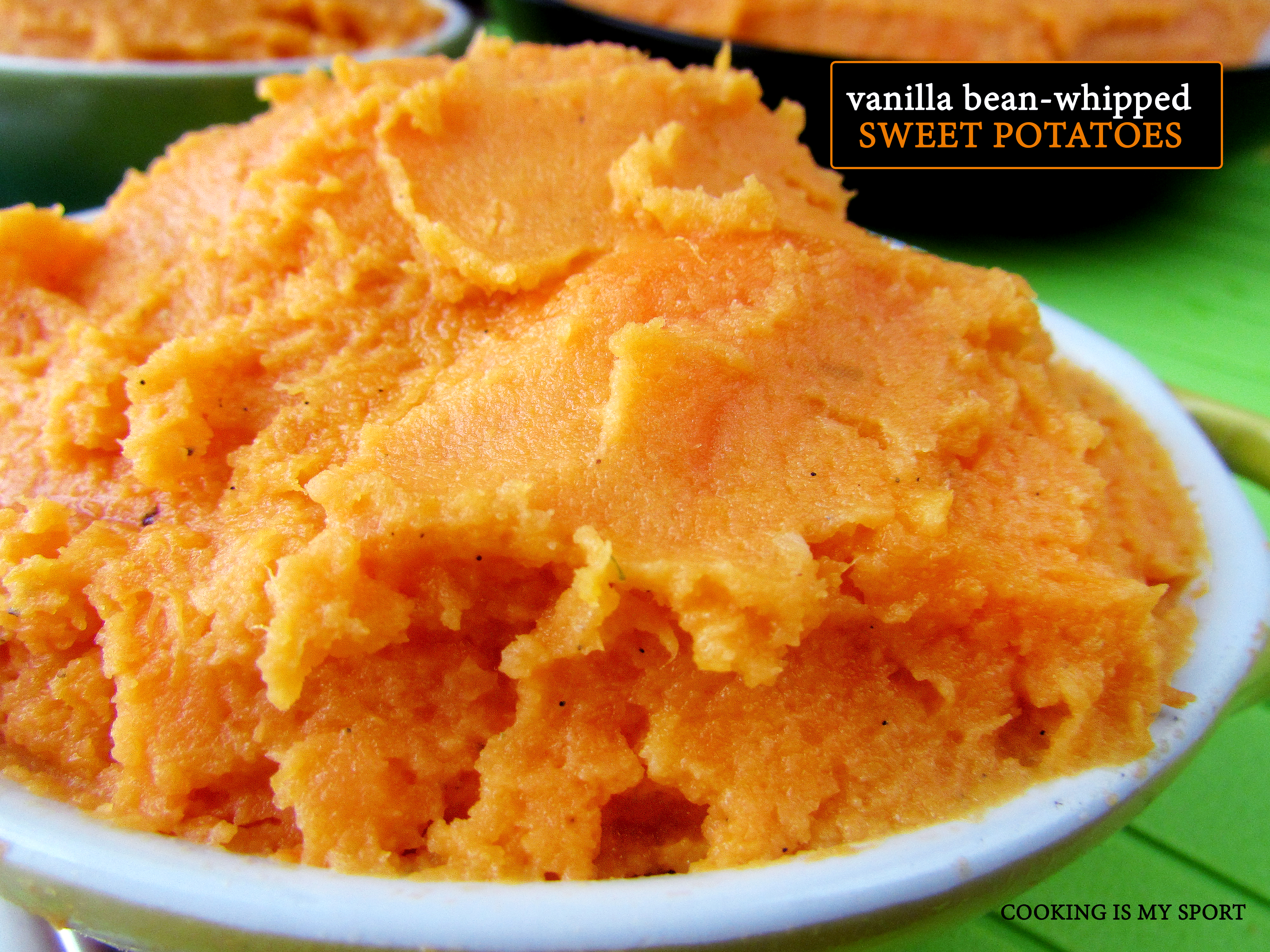 The good thing about these kinds of appliances is that it’s actually possible to purchase separate pieces of the whole thing. I went on the Ninja website and it turns out another pitcher won’t put be back anymore than about 40-50 bucks (plus shipping). This was significantly less than what I paid for the machine as a whole, so that was a huge relief to me.

Still, it didn’t solve a new problem that I had. I wanted to make scratch sweet potatoes and for the particular recipe I wanted to use, I had planned on using my blender. Yet another setback. But as with my Chicken and Biscuits snafu, I just diverted to plan B and decided to use my hand mixer. The potatoes probably wouldn’t be quite as smooth as they could be if they’d been pureed in a Ninja, but whatevs. Personally, I’m fine with a few lumps in my spuds. 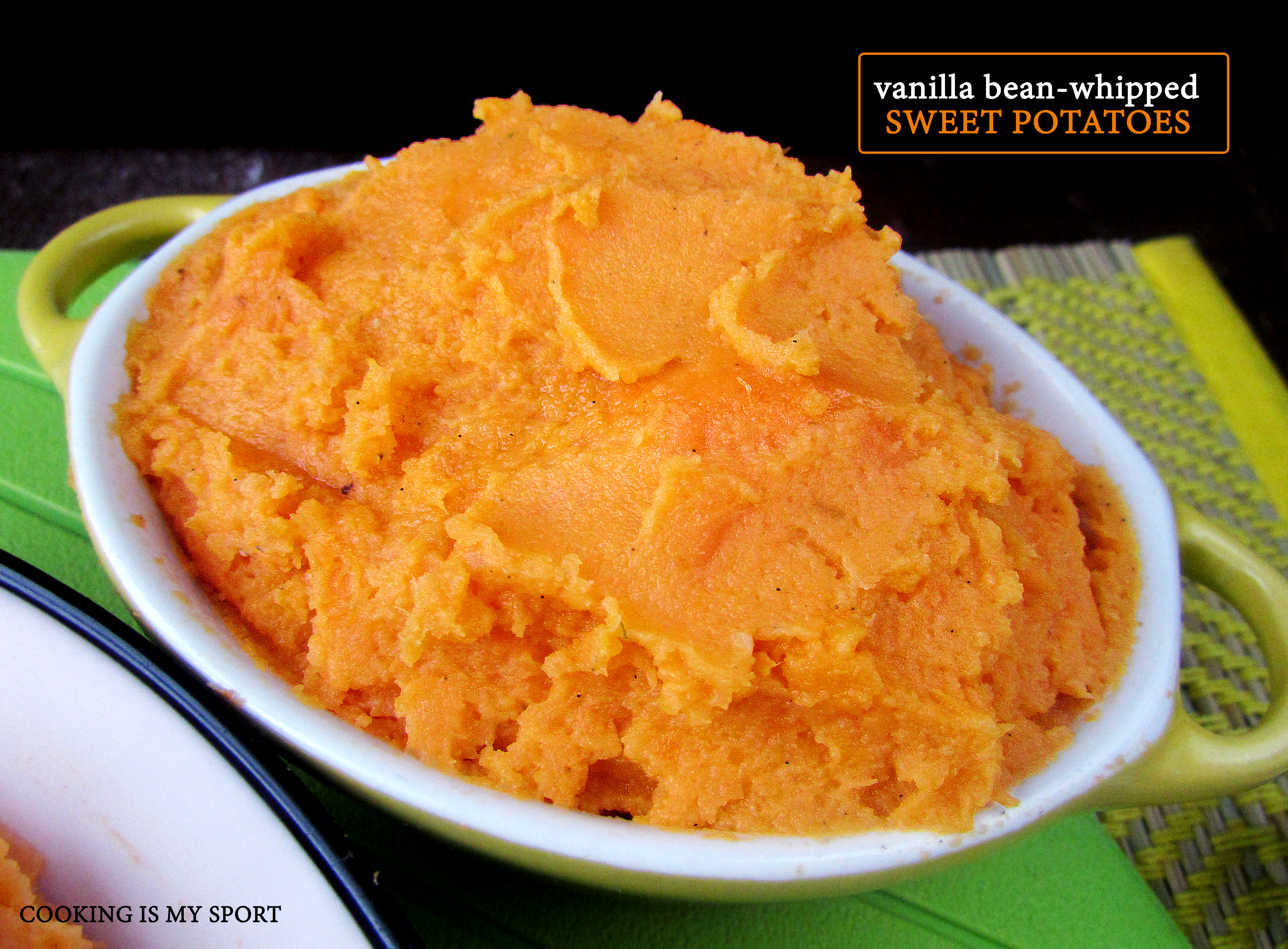 Okay, so I know this one may sound….weird.

Vanilla bean with sweet potato; at the least it sounds like something you’d eat with dessert, right?

Except, no. It isn’t really. I was even somewhat surprised myself at how well the vanilla works with the sparse other seasonings here to make this really work well for a savory side dish. There IS an obvious sweetness, but there’s still a pretty good balance with the salt, pepper and onion powder. This dish was RIDICULOUSLY easy to do, it just required a little bit more time for me to get the sweet potatoes to the consistency I wanted them at using my hand mixer. If you guys have a heavy duty blender like a Ninja or a food processor, I’d definitely recommend using it in lieu of the hand mixer if for nothing else, to be able to spar the strain on your wrists.

But regardless of whatever way you prepare them, I think you’ll like how these turn out.

Happy Fiesta Friday #105 where I’ll be linking this post up to. The party this week is co-hosted by Lily @ Little Sweet Baker andJulianna @ Foodie On Board.

Recipe Adapted from Food and Wine

Preheat the oven to 400°. Poke the sweet potatoes several times with a fork and bake for about 35 minutes, or until tender. Let cool slightly, then peel and transfer them to a standing mixer or to a large bowl.