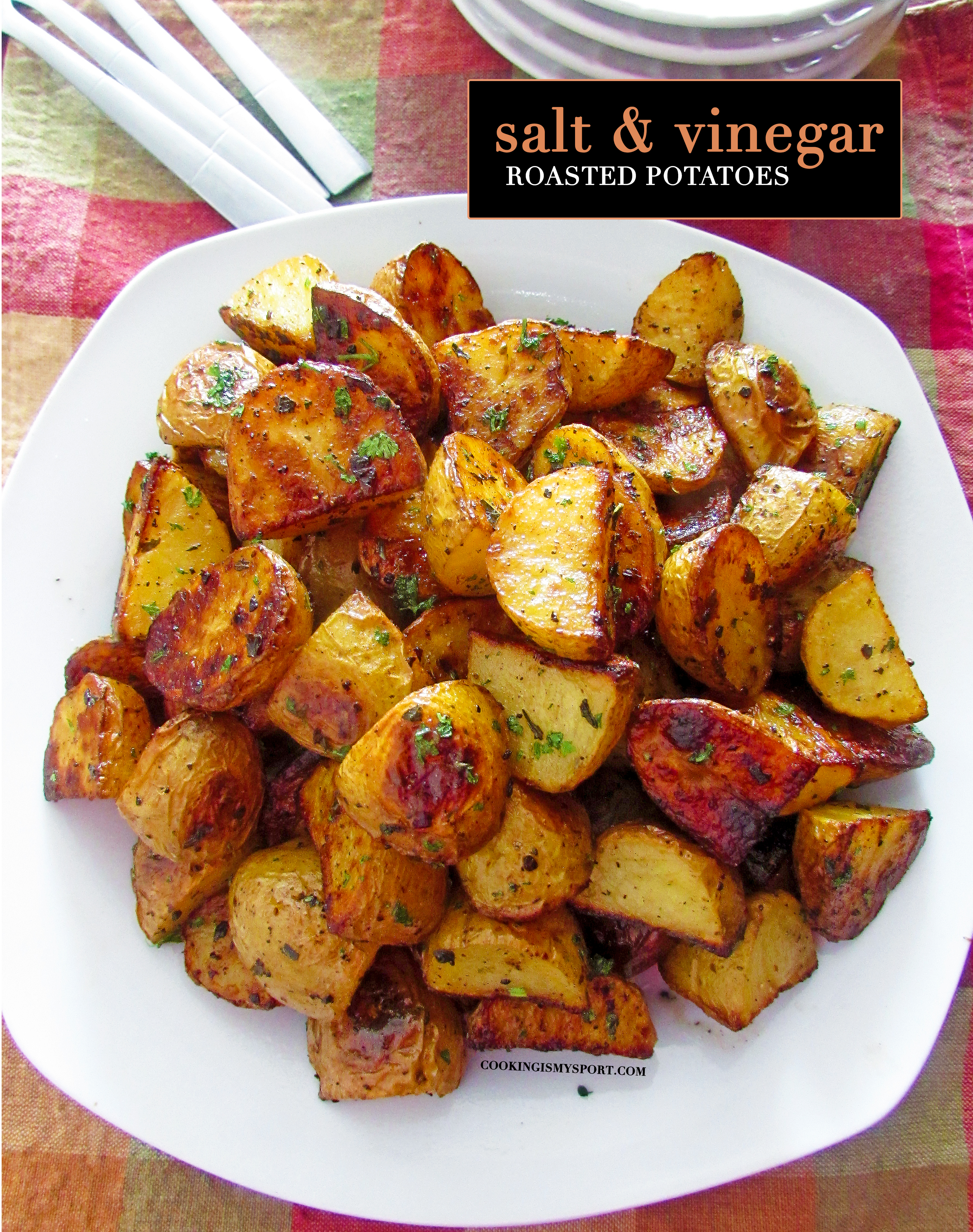 I have a mild curiosity as to two things:

First, who it was who decided that salt and vinegar would be a good flavor combination to try on potatoes? Second: was the initial recipe idea for actual potatoes, or just potato chips? 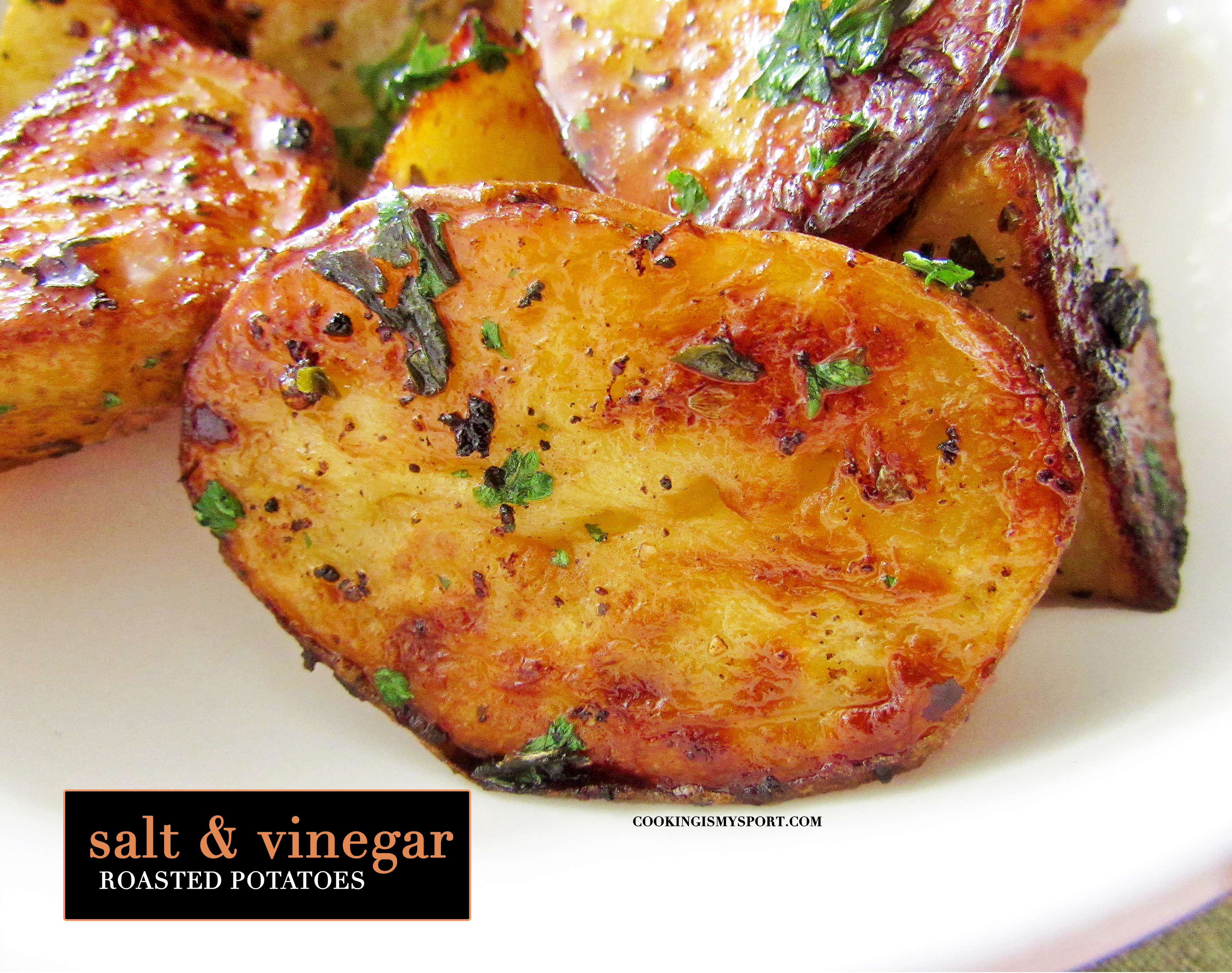 It’s probably the former, but my first exposure to the recipe (probably like most of you) was through the latter. When I was a a kid, I thought that anything with vinegar was disgusting; I just couldn’t get passed the smell. As an adult, my tastebuds have done a complete 180; now Salt & Vinegar potato chips are my favorite flavor. 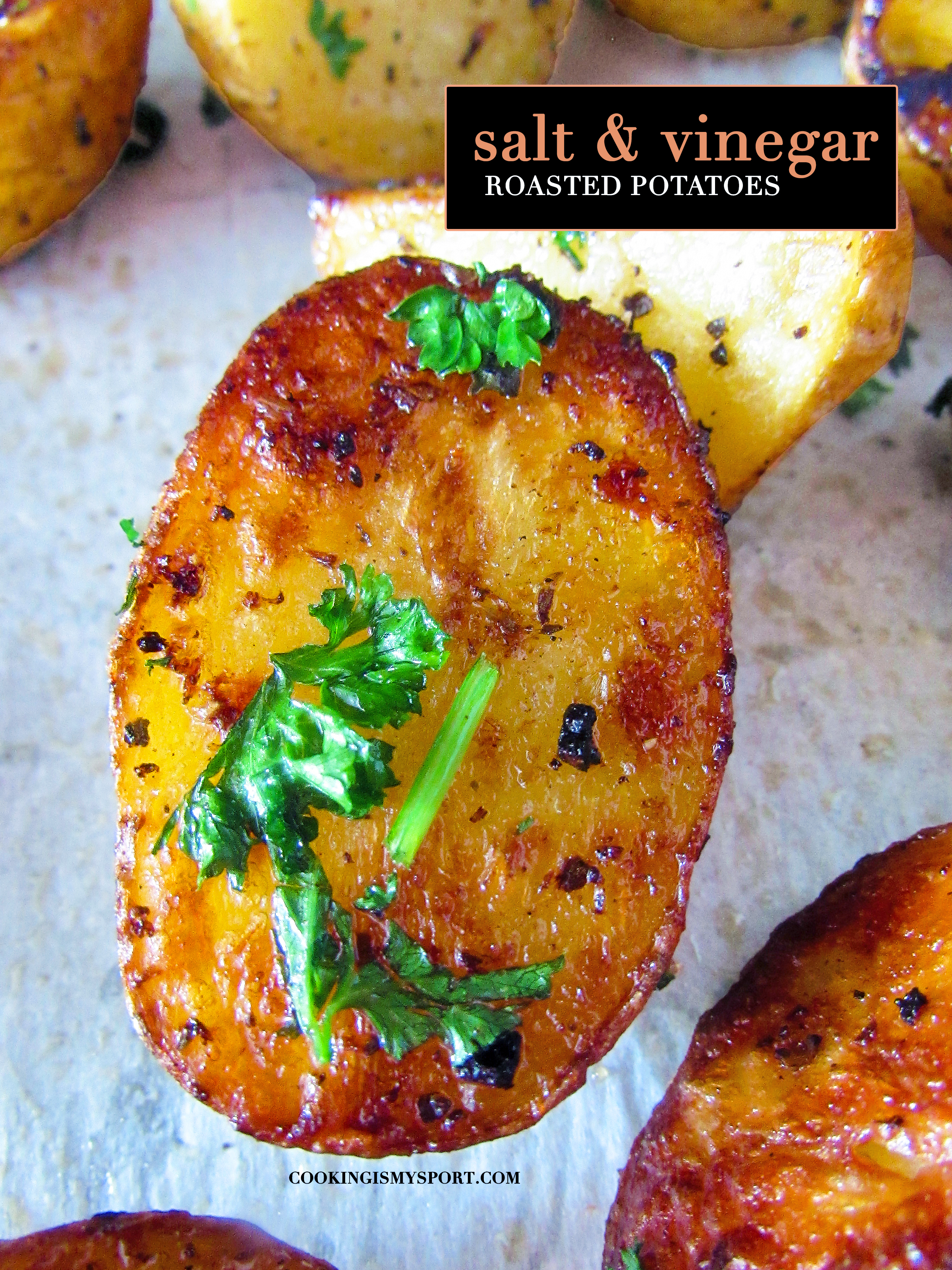 I don’t know, there’s just something about the contrast between the salty and the sharp sour flavors that I’ve grown to love. I’m curious as to how well the flavor combination translates into more food than just potato chips, which is probably what made me so interested to try today’s recipe in the first place. 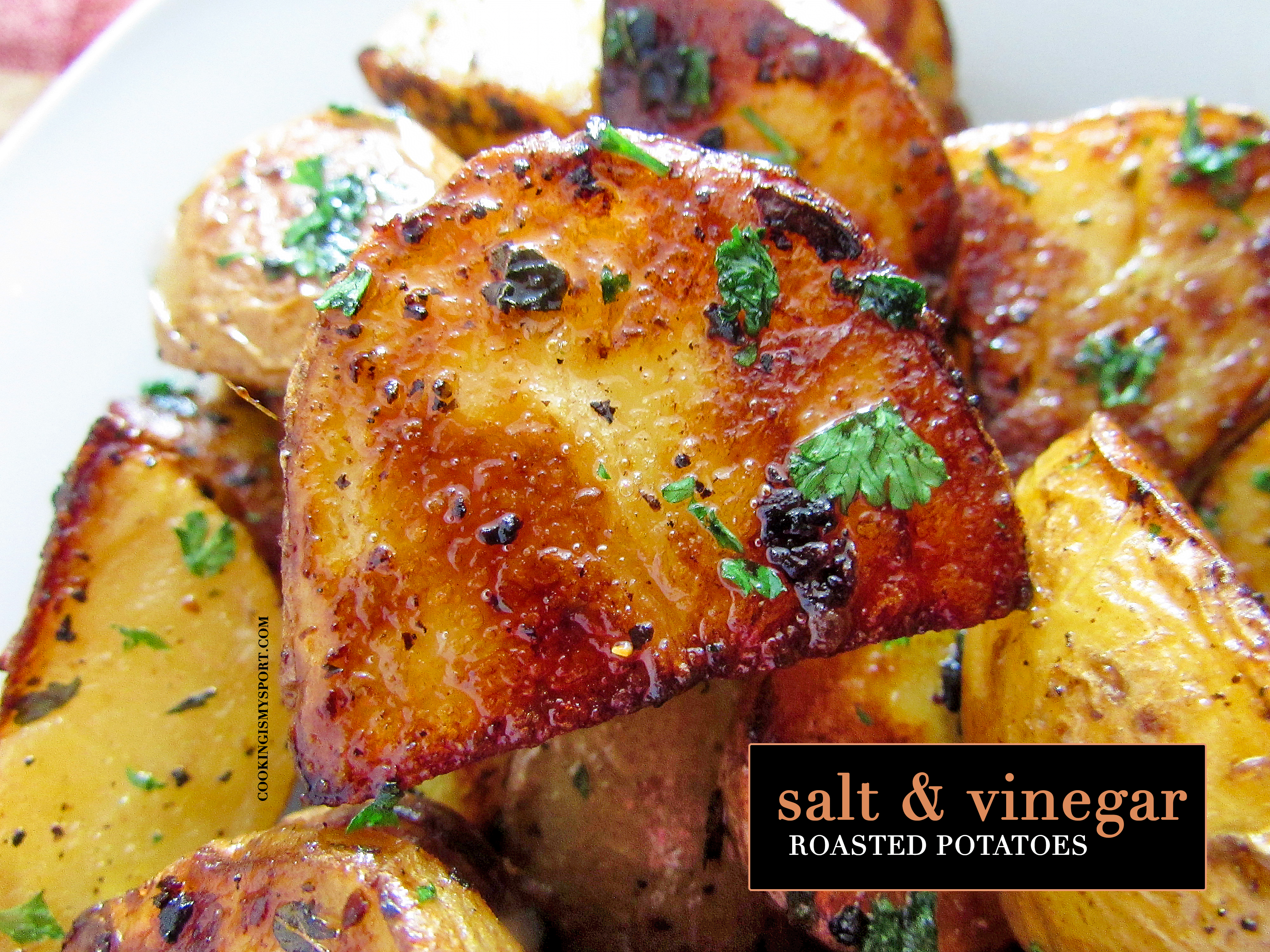 Roasted potatoes are somewhat of a fail-proof recipe in the first place; so long as they’re properly seasoned, in my mind you really can’t go wrong. But in this case, it’s the seasoning that makes these potatoes exceptional. Apart from the combination of salt and apple cider vinegar, the addition of parsley and oregano gives them an added layer of fresh/herby flavor that really works. I wouldn’t change a thing about these.

Wear a mask. Social distance. When it’s your turn, get the vaccine. Be kind.

Whisk 3 tablespoons each vinegar and oil in a large bowl until well combined. Season with kosher salt, seasoning blend, and several grinds of pepper.

Pour the dressing over the potatoes, seal the bag and toss to coat.

Arrange potatoes, cut sides down, in an even layer on a baking sheet rimmed with foil and sprayed with cooking spray

Bake until golden on bottoms and tender when pierced with a fork, 35 to 40 minutes. Let cool for 15 minutes.

Toss potatoes with remaining 1 tablespoon each vinegar and oil on baking sheet. Fold in parsley and oregano just before serving. Top with flaky sea salt.

Linking up to Fiesta Friday #372, co-hosted this week by Jhuls @ The Not So Creative Cook.