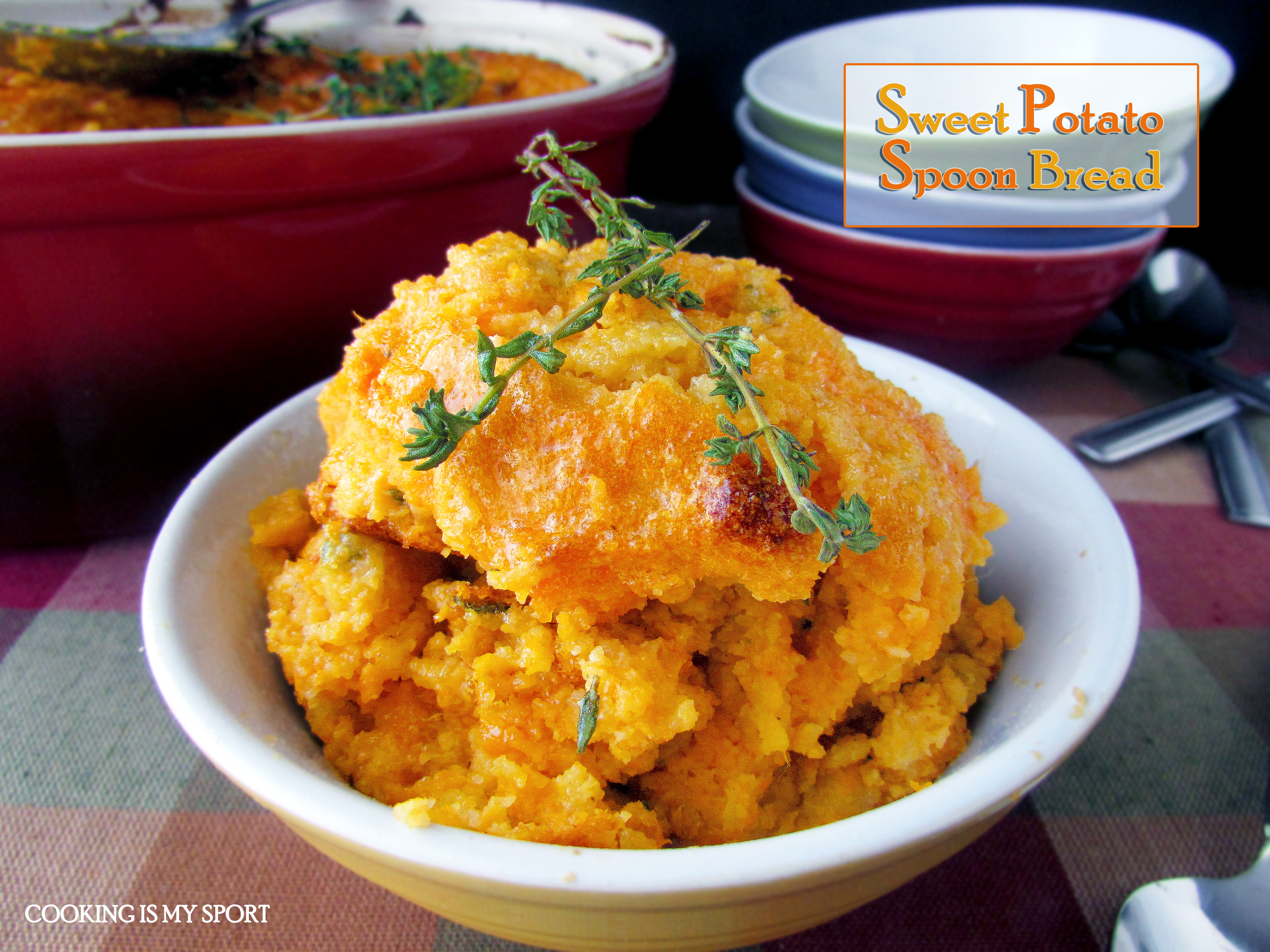 There’s an outlet store just down the street from where I live that is really, really dangerous for me to go to.

Number one, it’s an outlet store, so that means that everything there is super marked down in price. The danger for me lies in the fact that they have a pretty large cook book section- and the cook books are actually REALLY nice, quality ones. I’ve walked out of there with cook books two or three inches thick FILLED with delicious recipes that I’ve gotten for under $10.00. It really is a good deal. It IS.

As much as I try to come up with new and original recipes for the blog, often I find myself suffering from ‘foodie guilt’ because of all the pre-written recipes I have sitting around in my embarrassingly large cookbook collection, as well as all the numerous binders I have of recipes I’ve cut out of food magazines and printed from offline. 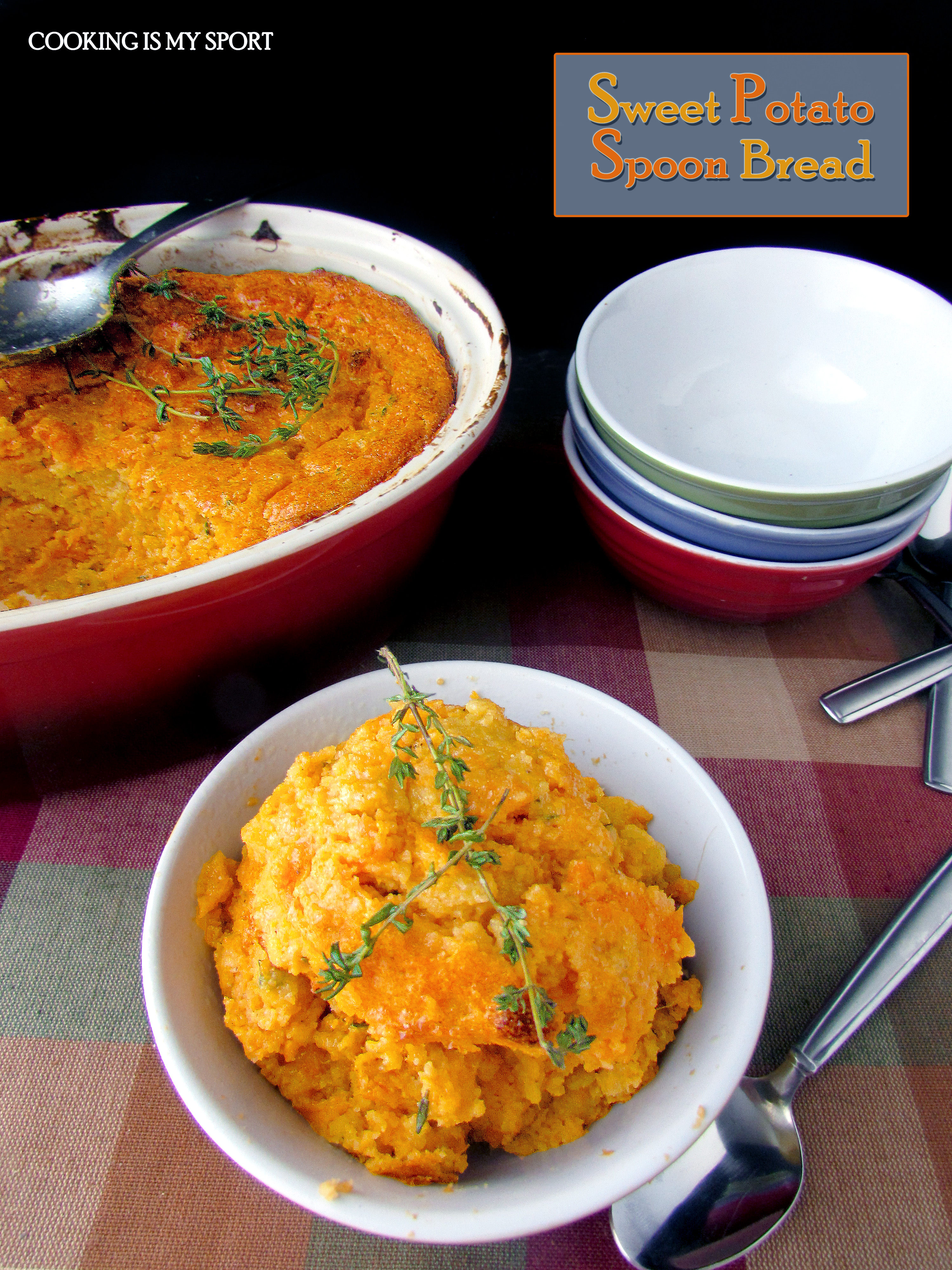 Here’s the thing: when I’m BUYING the cookbook or printing off the recipe, I will SWEAR to myself that I’m going to use it all the time, that I’m actually going to work through the entire book or cook the particular recipe every week. And when I catch myself not exactly following through with that I’ll go through a period where I’ll be gung-ho about trying to test out all of the recipes I’ve saved from the internet or bookmarked in my cookbooks.

Y’know, just to convince myself that I wasn’t wasting my money or printer ink- both of which I really can’t afford to waste like that.

The process usually boils down to me either first seeing what I have ahead of time in the house, or what’s on sale this week at the grocery store, then matching it against what I’ve bookmarked in the cookbooks or online. 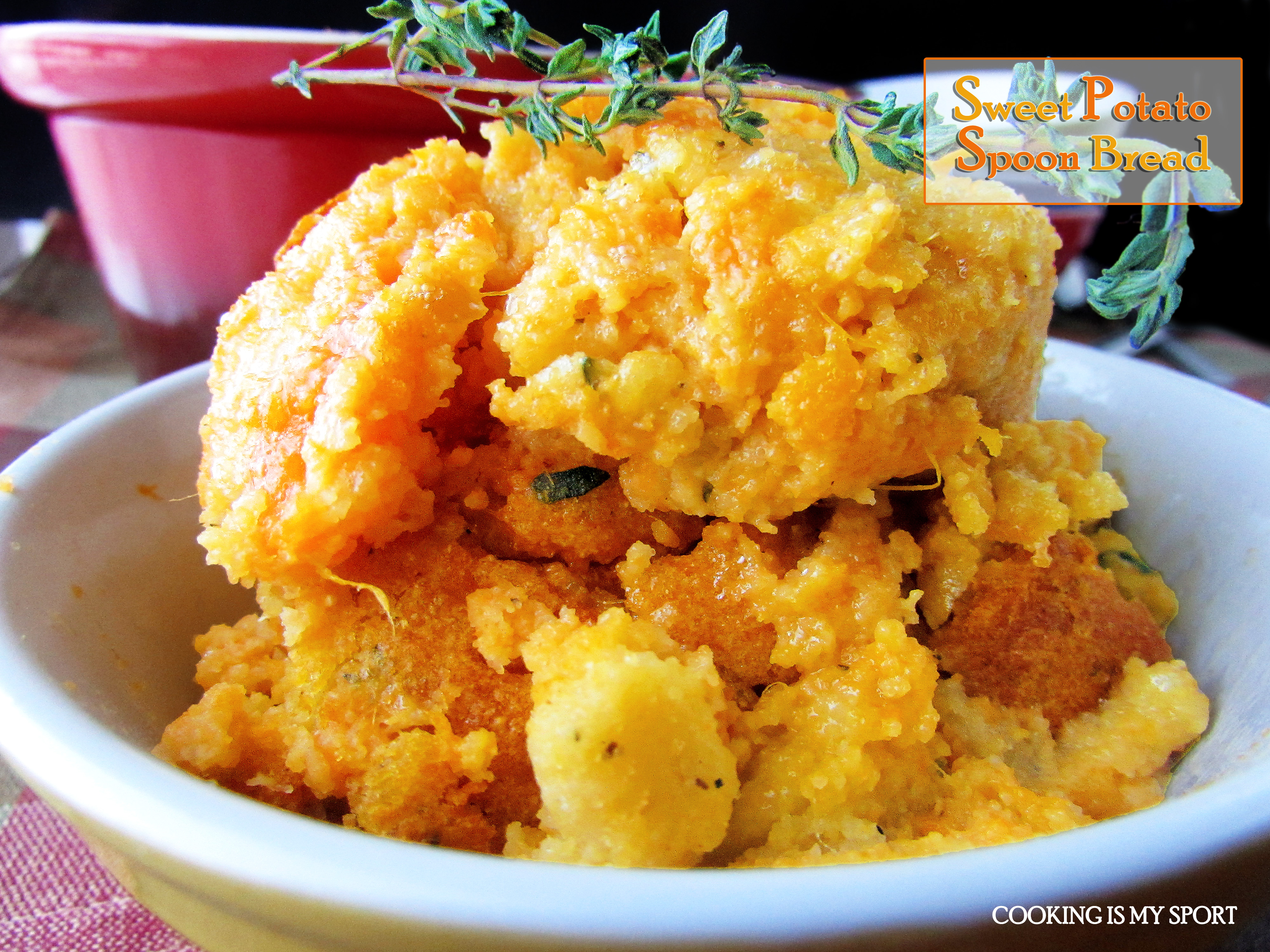 A week or so ago, I knew that I needed to put together a new recipe for the blog, but I was also having a bout of ‘foodie guilt’ and didn’t feel like trying to become inspired enough to write a new recipe. As it happens, I was also thumbing through one of my recipe binders when I came across a cut out from Better Home and Gardens magazine that caught my attention.

For some reason, I always seem to have one or two sweet potatoes on hand in the house. (‘Some reason’ really just meaning that I love them and would be really pissed off if I had a craving for one and suddenly couldn’t have any because we were out). But it worked out pretty well for that day because the recipe that I came across was for something called Sweet Potato Spoon Bread. 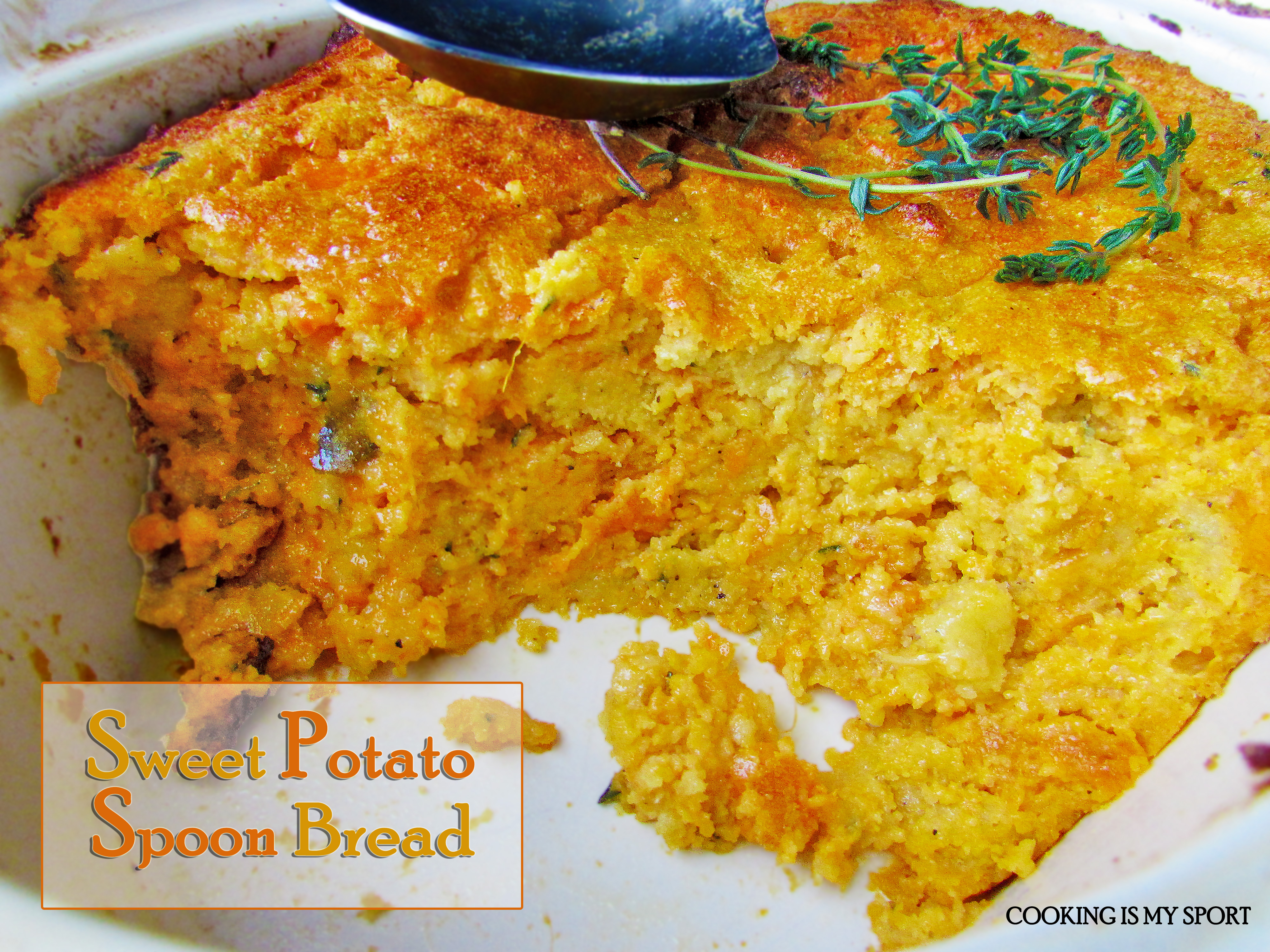 Spoon bread is a dish that is pretty popular in Southern-style cooking, but interestingly enough, I’d never tried it before. I wasn’t even completely sure what it was or what it would taste like until I looked through the ingredients list and directions for this recipe. I had a day off work, and all the ingredients in the house and it did look pretty yummy in the magazine so I decided to take the plunge and give it a shot for myself.

I’d be willing to bet that I’m not the only person who’s not all that familiar with spoon bread, so just in case the pictures aren’t doing enough for you guys, I can go ahead and give you a rundown of what it tastes like. 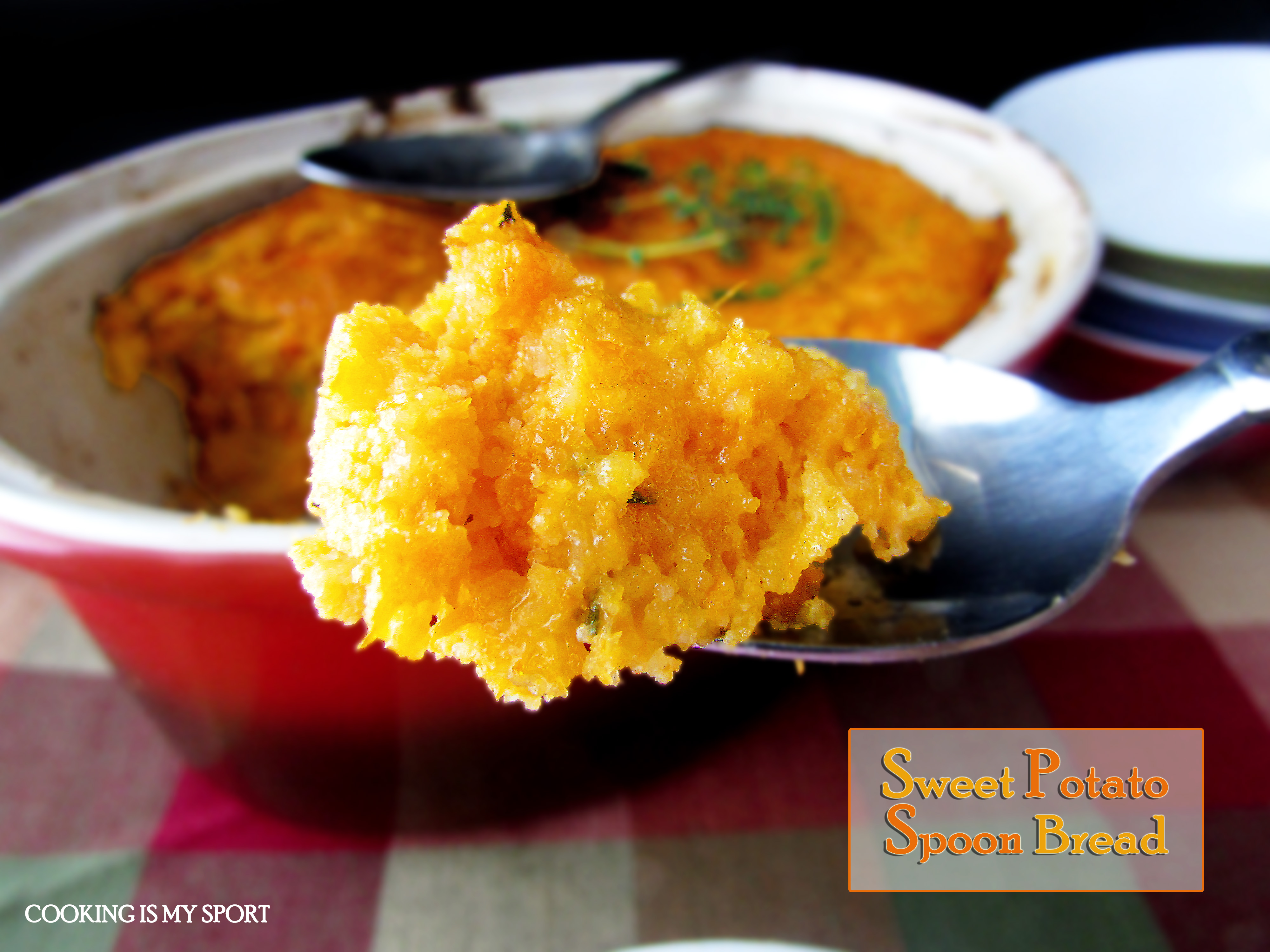 It’s probably pretty obvious, but this isn’t really bread in the sense that we would think of dough-like carbs, per se. I would actually describe spoon bread as a kind of savory style casserole-pudding. The eggs and egg whites give it a very fluffy, smooth texture and while it’s heavier than a souffle, it’s lighter than any kind of bread. Having said that, this recipe came out very well. The sweet potato flavor really comes through and is complimented nicely with the thyme. I especially liked the inclusion of cornmeal in this recipe, just to give it enough texture so the dish wasn’t too one-note. I topped this with homemade cranberry sauce and ate it as a side dish for dinner, but I could also see melted cheese working VERY well also.

See? My Foodie Guilt does yield good results after all.

5. Spoon batter in a prepared dish. Bake 35 to 40 minutes, until internal temperature reaches 165 degrees F. Edges will be firm and the center a little soft. Remove from oven.