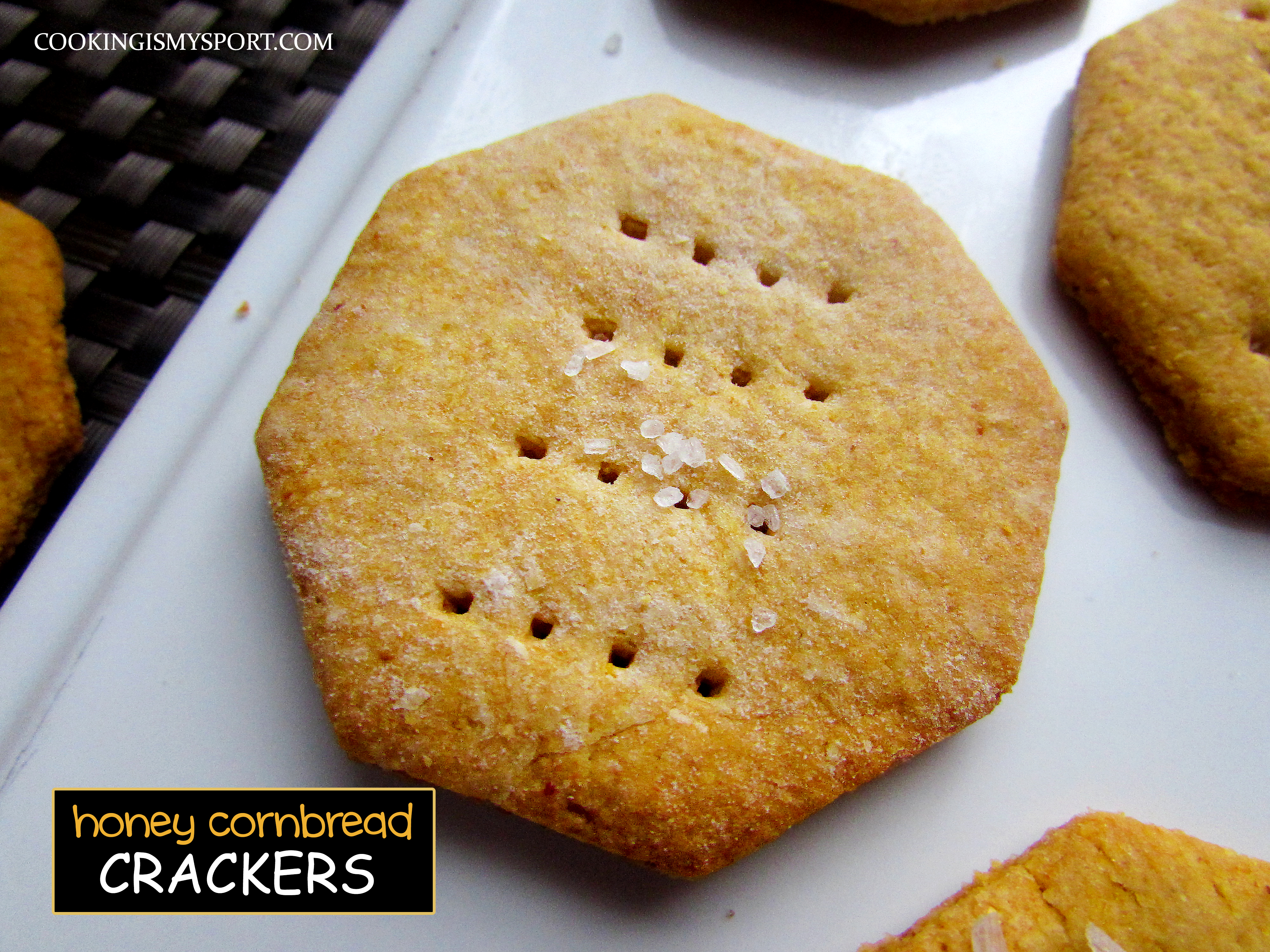 Well, you guys remember when I first started making and sharing recipes for DIY crackers, right? I began with the Curry and Ginger crackers, kept it going with the Pumpkin Cinnamon and a little while after that did Cinnamon Sugar ones. For a while, I went on a cracker making spree. It was a tasty little expedition. 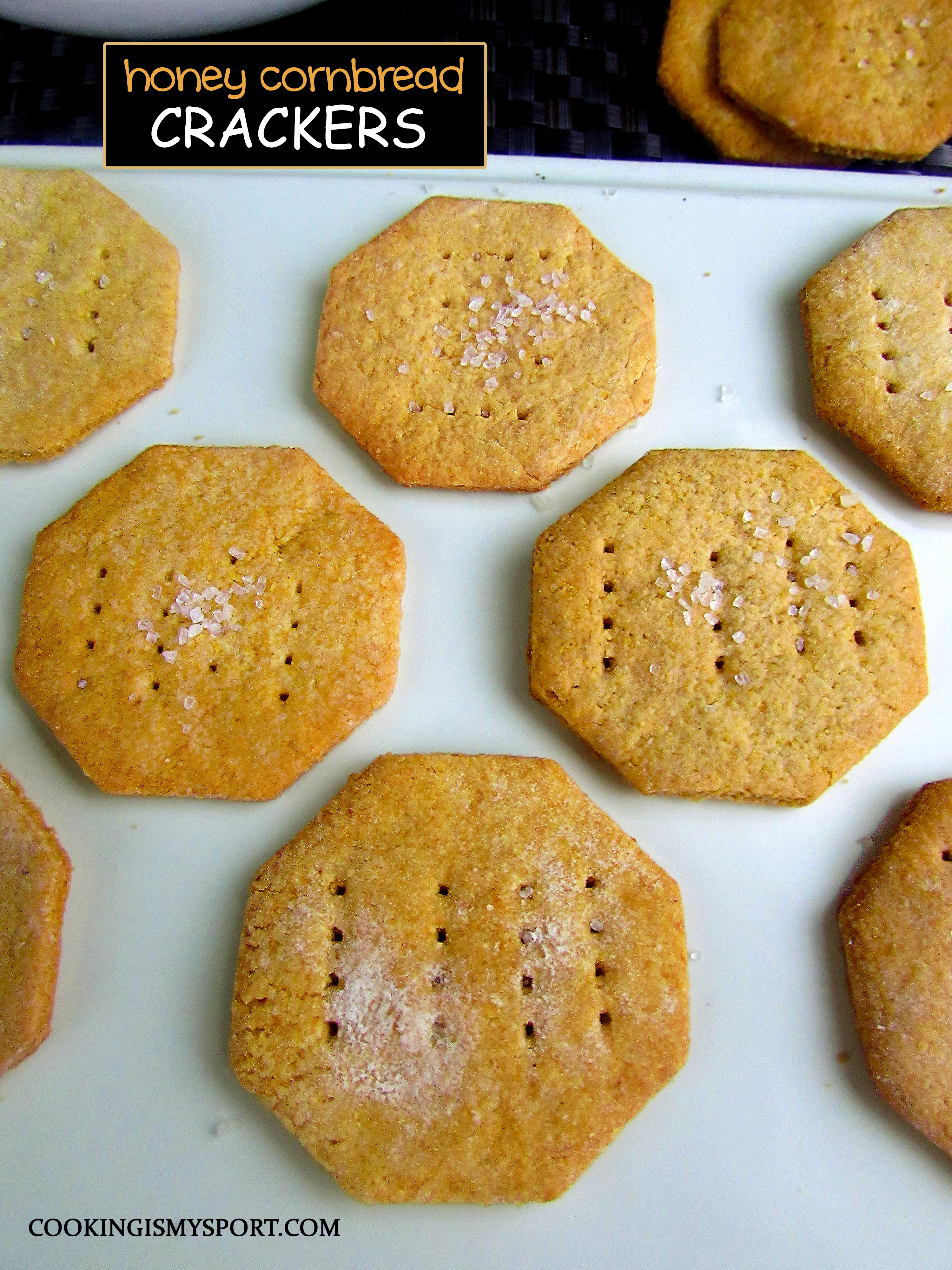 I’m a little embarrassed to admit that this post has just been sitting in my drafts folder since mid-January. I had actually tested out one additional recipe with all of the other ones, but I never got around to posting it. I really don’t have a good excuse; it always just seemed like the timing to post it was off. I would have another recipe that I thought needed to come first, then it seemed like it was the wrong season/time of year, at one point I hated the pictures, then I didn’t hate the pictures anymore but I still thought the timing was off, then I hated the pictures again, then I didn’t think anyone would care to read about yet ANOTHER cracker recipe. Yada yada yada.

Excuses. Y’all get it. 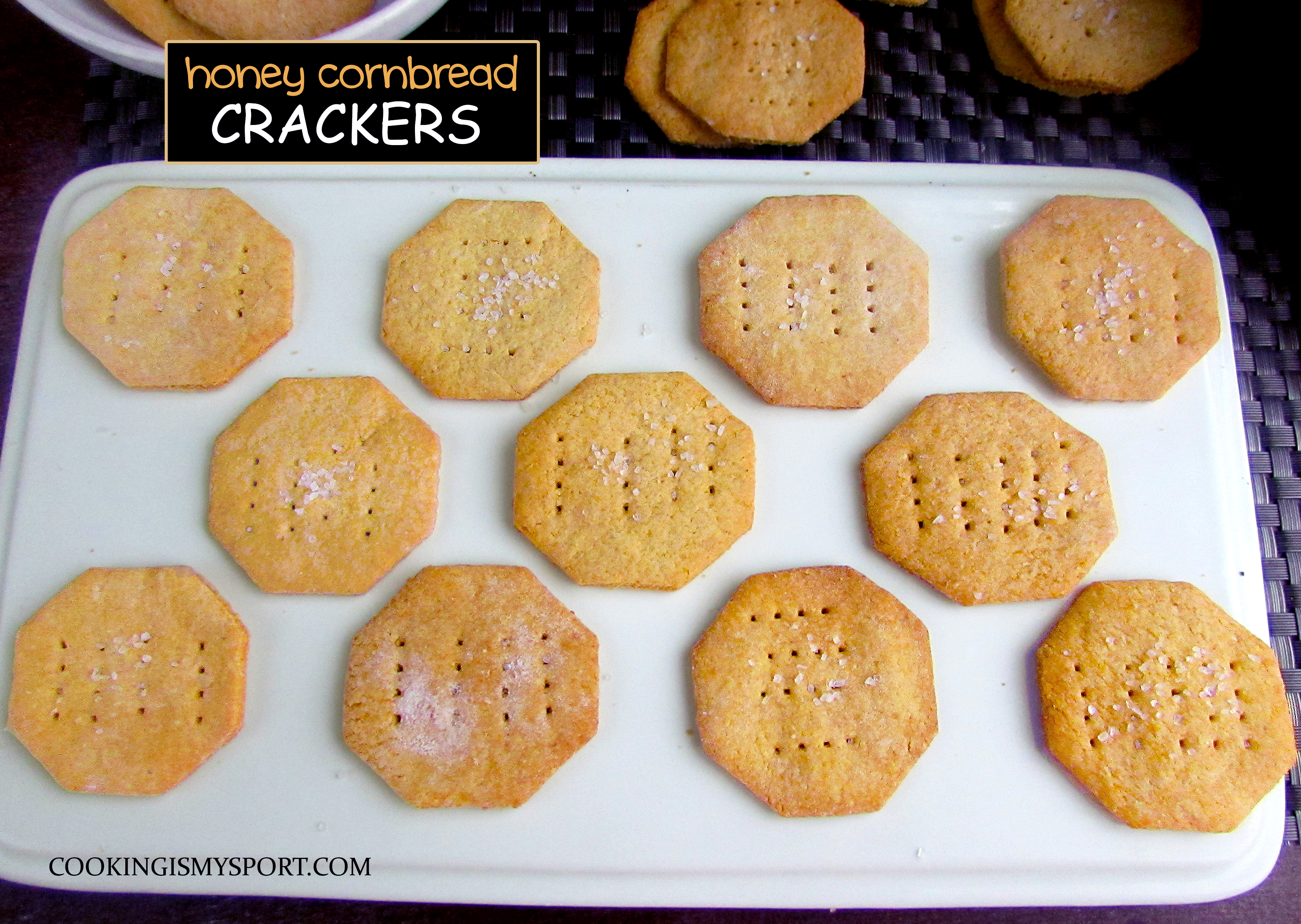 Today is a rare day where I DO think the timing/time of year for this recipe is right, I don’t hate the pictures, and I do think this recipe should generate some interest. So while that perfect harmony still exists, I’m finally booting this post out of my drafts folder and onto the blog for all to see. My fourth cracker recipe, though probably not the last. It’s eight months late, but eh… better late than never. 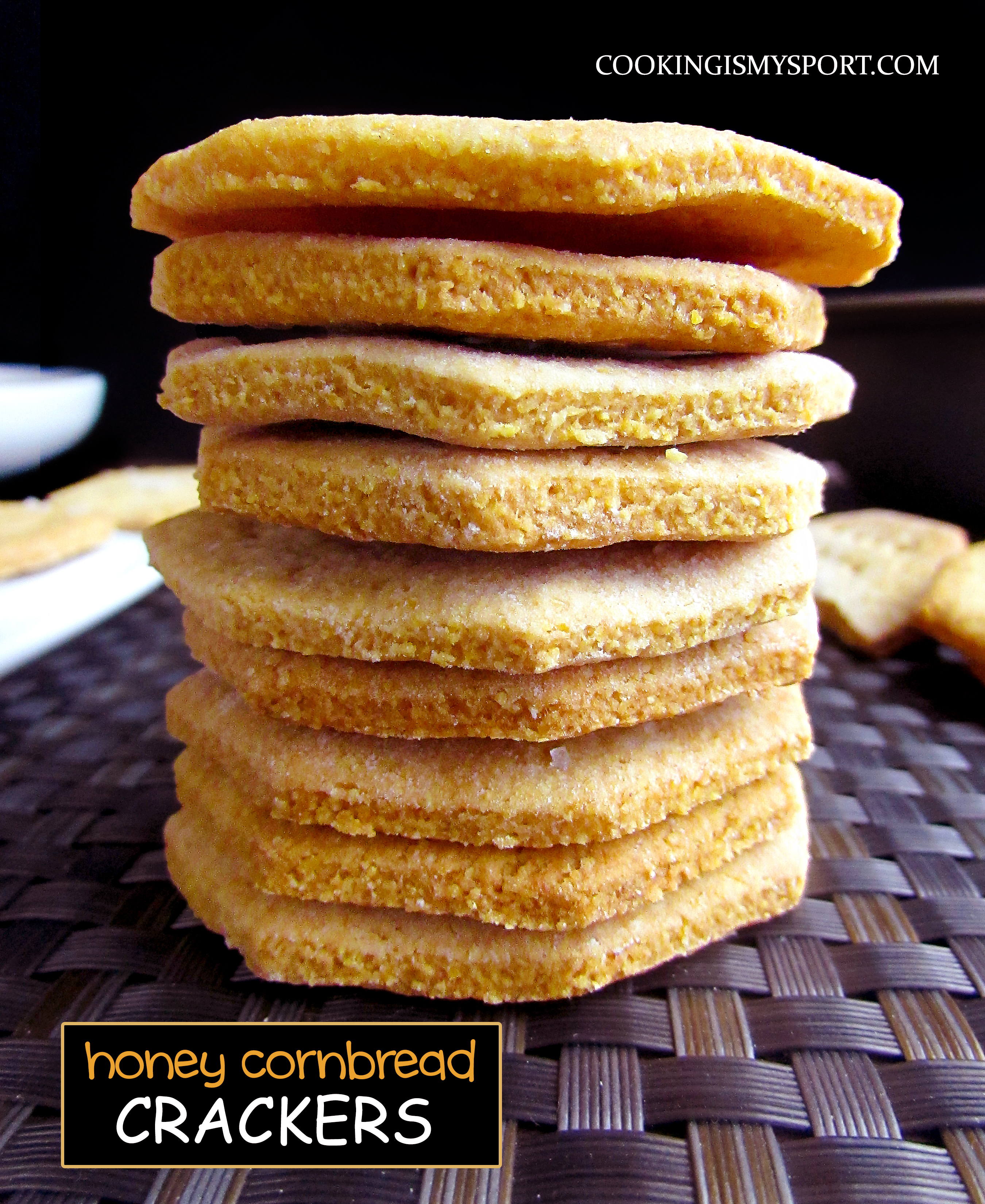 What do you guys like to eat alongside your chili? For most people, it’s a hunk of cornbread. For others, maybe it’s crackers; y’know, those oyster shaped ones that come in the sealed packages. I’m good with both, although I’m a bit more partial to the cornbread. Fortunately with this recipe, you really wouldn’t need to pick as it’s a combination of the two.

A while ago Townhouse had a line of crackers that they put on what they called a ‘Bistro’ line. They came in flavors of Multi-grain and Cornbread. The multi-grain was tasty but the Cornbread ones? Guys. They were SOOOO good. I could go through an embarrassing amount of them in one sitting, so perhaps it was for the best that they were discontinued, but I still feel a way about it. Although now, I don’t suppose it matters because I’m pleased to announce that these really do taste almost identical. 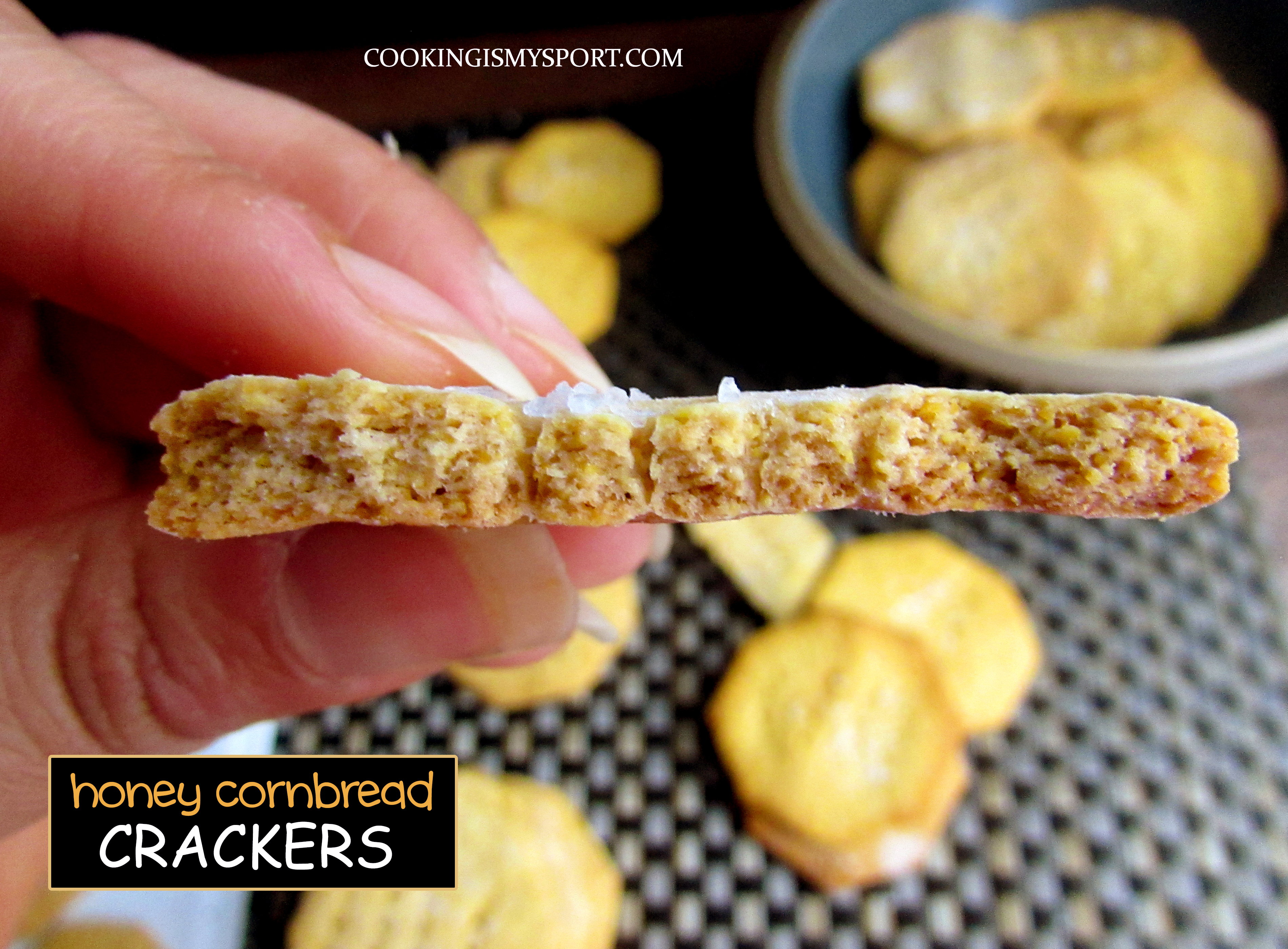 The texture of these is different and, I think, better than a standard oyster/saltine cracker. They’re a bit thicker. The cornmeal gives them a gritty, sturdy coarser texture. The honey makes them slightly sweet. I really do have to say, they taste like cornbread would if it were put into a crisp cracker. They were yummy enough for me to just eat them completely solo as snacks, but I can think of several other uses for them.

Cheese lovers should know that these are perfect for eating with cheese. They would be delicious crumbled or dipped into guacamole or bean dip. Tomato soup would complement them very nicely. And  yes, of COURSE, you should eat them alongside or dipped in your chili.

Aren’t y’all glad I decided to finally share? Be easy.

Sharing at this week’s Fiesta Friday #191, co-hosted this week by Judi @ cookingwithauntjuju.com and Antonia @ Zoale.com.

Cut the butter into the dry mixture with a pastry blender, a fork or two knives. The mixture should look like fine crumbs.

In a small bowl combine the honey with the milk, then pour this mixture into the butter/dry ingredients. Stir until you have a smooth dough that doesn’t stick to the bowl. (Drizzle in additional milk if too dry/crumbly).

Divide the dough in half. Sprinkle some flour on a clean, flat surface. Using a well floured rolling pin, Roll out the dough half to about 1/16th inch. From here, cut the dough into whatever desired shapes you want using cookie cutters, pizza wheel, bench scraper or a knife.

Line two baking sheets with parchment paper. Place the cut cracker dough onto the sheets and freeze for about 20 minutes.

Using a fork, prick the surface of the cracker dough evenly. Spray the tops with cooking spray, then sprinkle with salt.

Bake for 12-16 minutes until golden brown at the edges. Allow to cool for about 60 seconds on the baking sheet before removing to wire racks to cool completely.