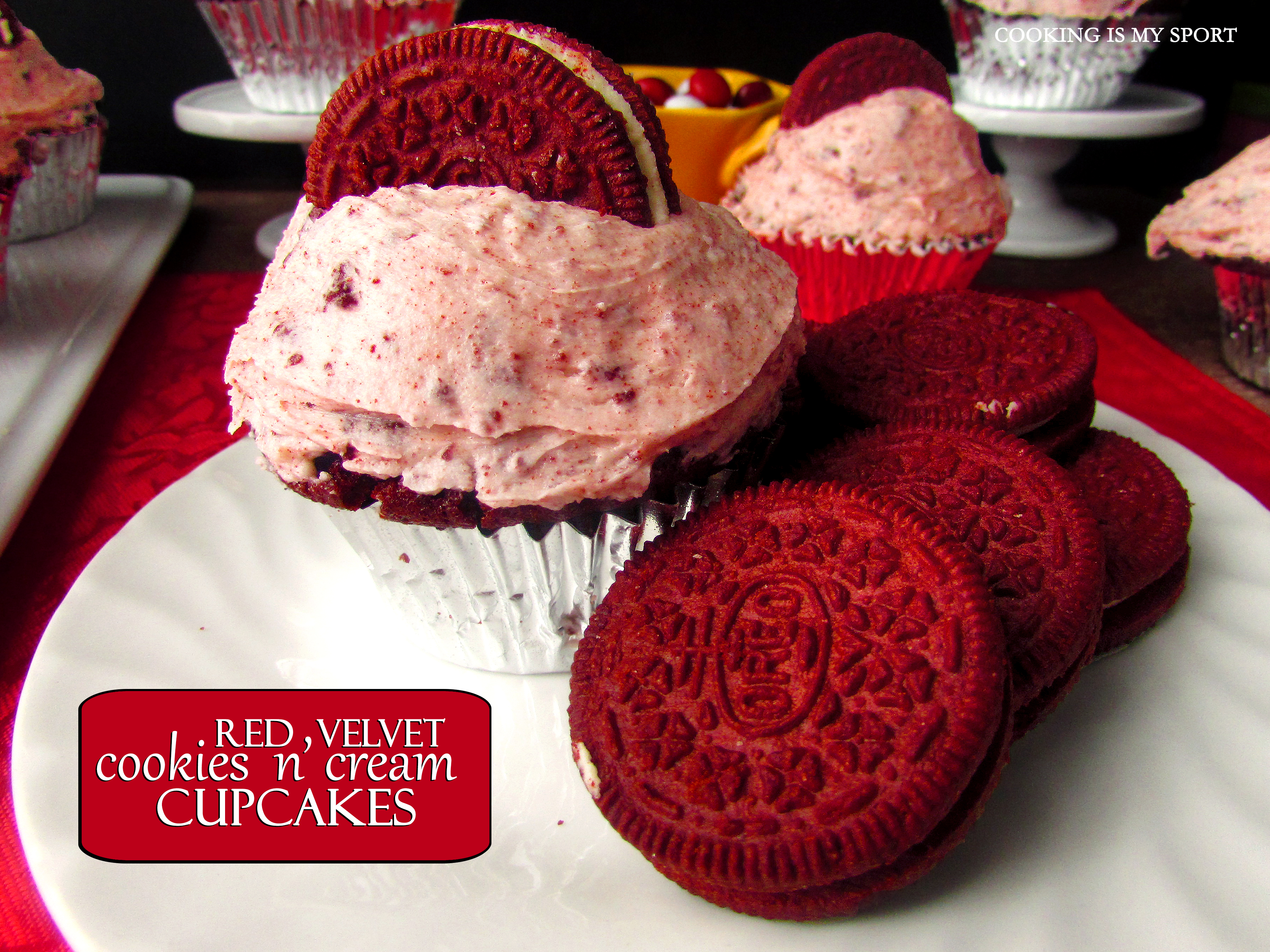 So,  prior to around February of last year, I was never really much of an “Oreo” kind of girl.

I didn’t dislike them, but whereas I know some people who have this obsession with the chocolate sandwich cookie, I was pretty much able to pass if that blue and white container got passed my way or put underneath my face. I don’t know, I guess that somewhere along the lines of me transitioning from a little kid to a teenager, I just kinda lost my taste for Oreos.

But last February, that kiiiiiiiinda changed. 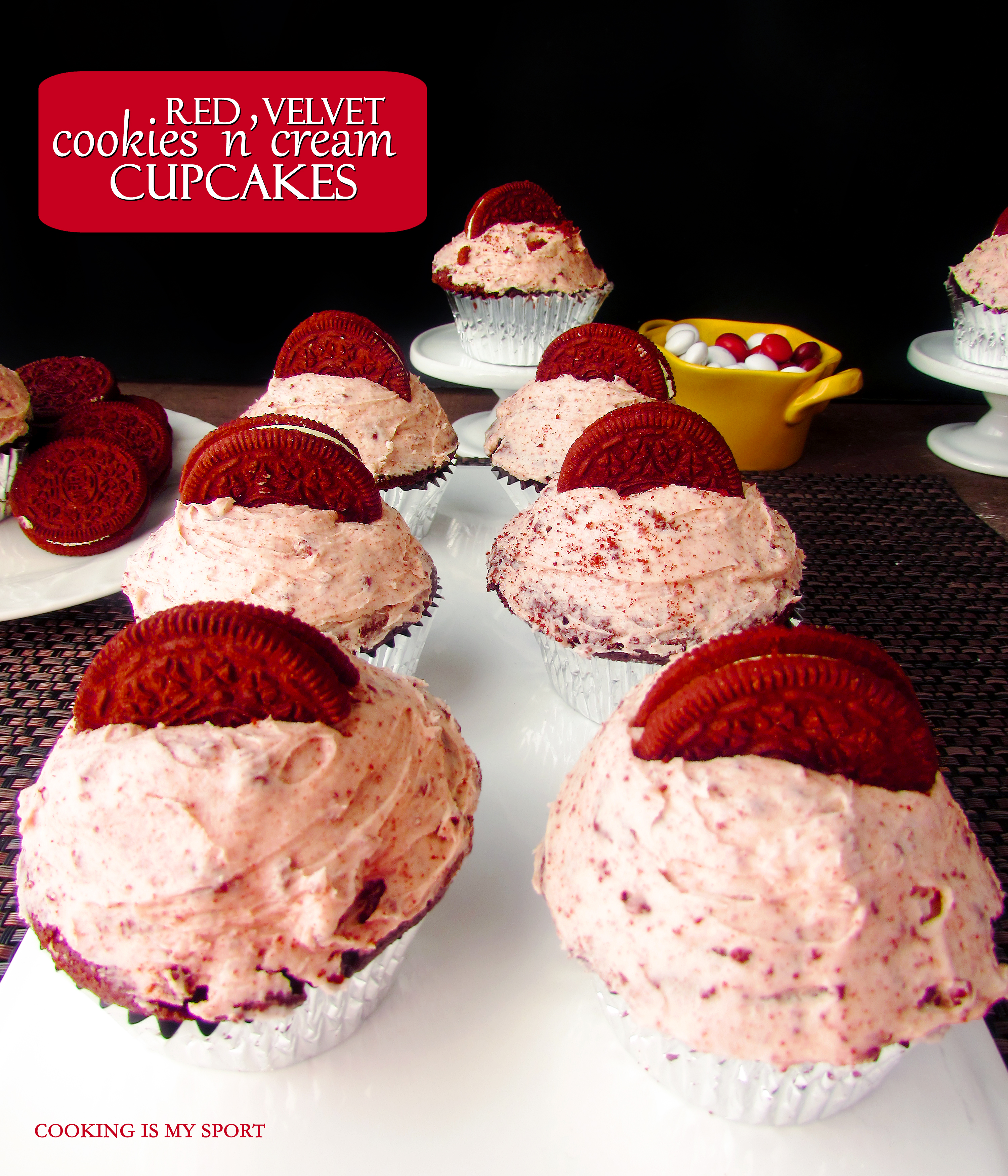 Over the past few years I’ve noticed that Oreo’s decided to “up their game” so to speak and push out this line of different flavors of cookies that started with the Golden Oreos that are golden sandwich cookies, then follow it up with other flavors like Mint, Birthday cake, peanut butter, S’mores and during holiday seasons flavors like pumpkin or peppermint. It must be something that’s working out for them pretty well because they keep doing it. I couldn’t really speak on the majority of the flavors they’ve released, but there is one I can give a staunch endorsement to: 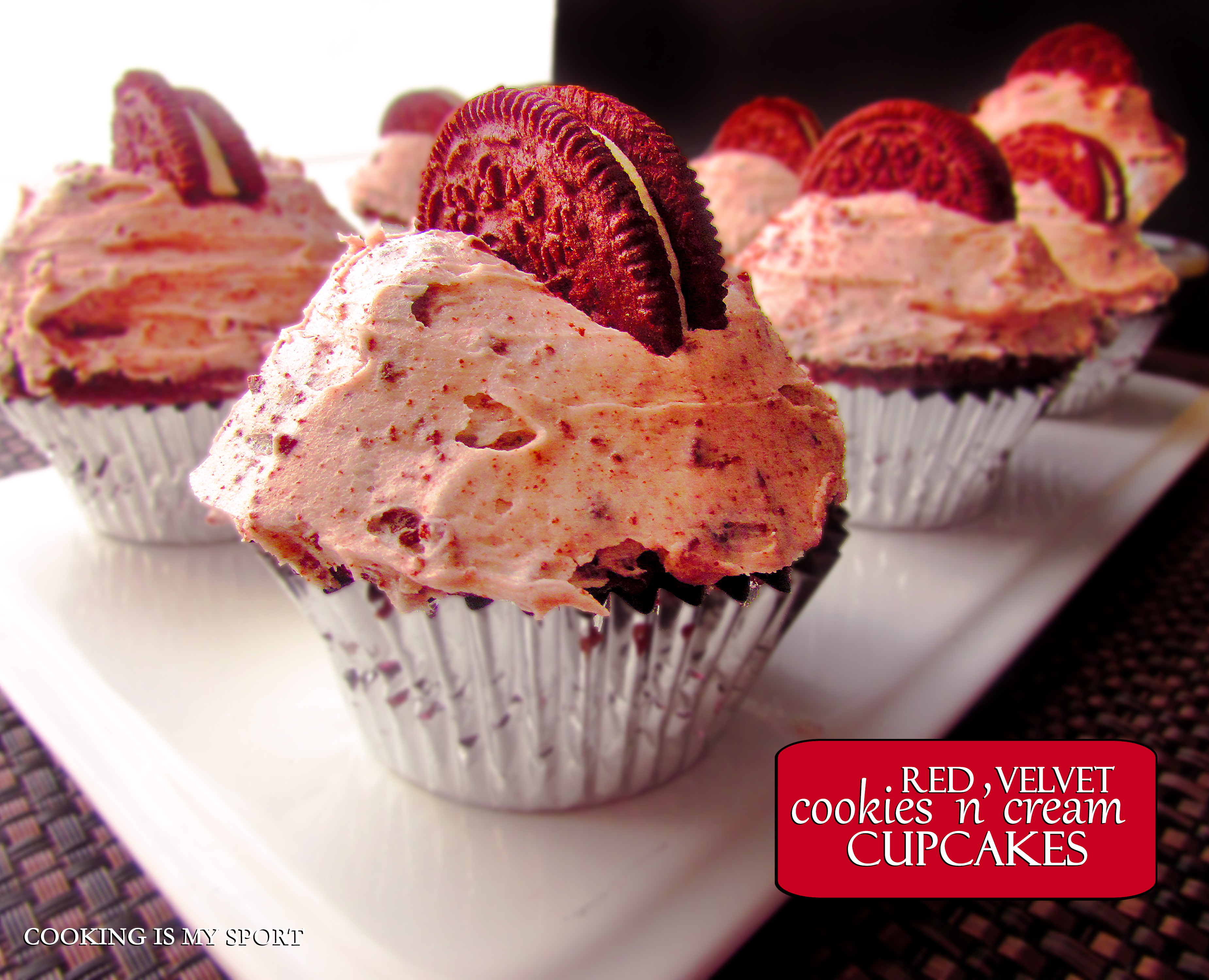 Trust me: I don’t even LIKE Oreos like that. But when my brother in law bought them for my sister on a whim to try because he does like Oreos, she insisted that I try  one.

And from there, it was just a done deal. Oreos had officially won me back.

Great for them. Bad for my hips.

Last year I was all kinds of annoyed because Red Velvet Oreos were started as just as a seasonal product that would only be sold during the Valentine’s Day season. However, my sister now tells me that because they were so popular the company’s decided to sell them year-round.

I repeat: great for them. Bad for my hips. 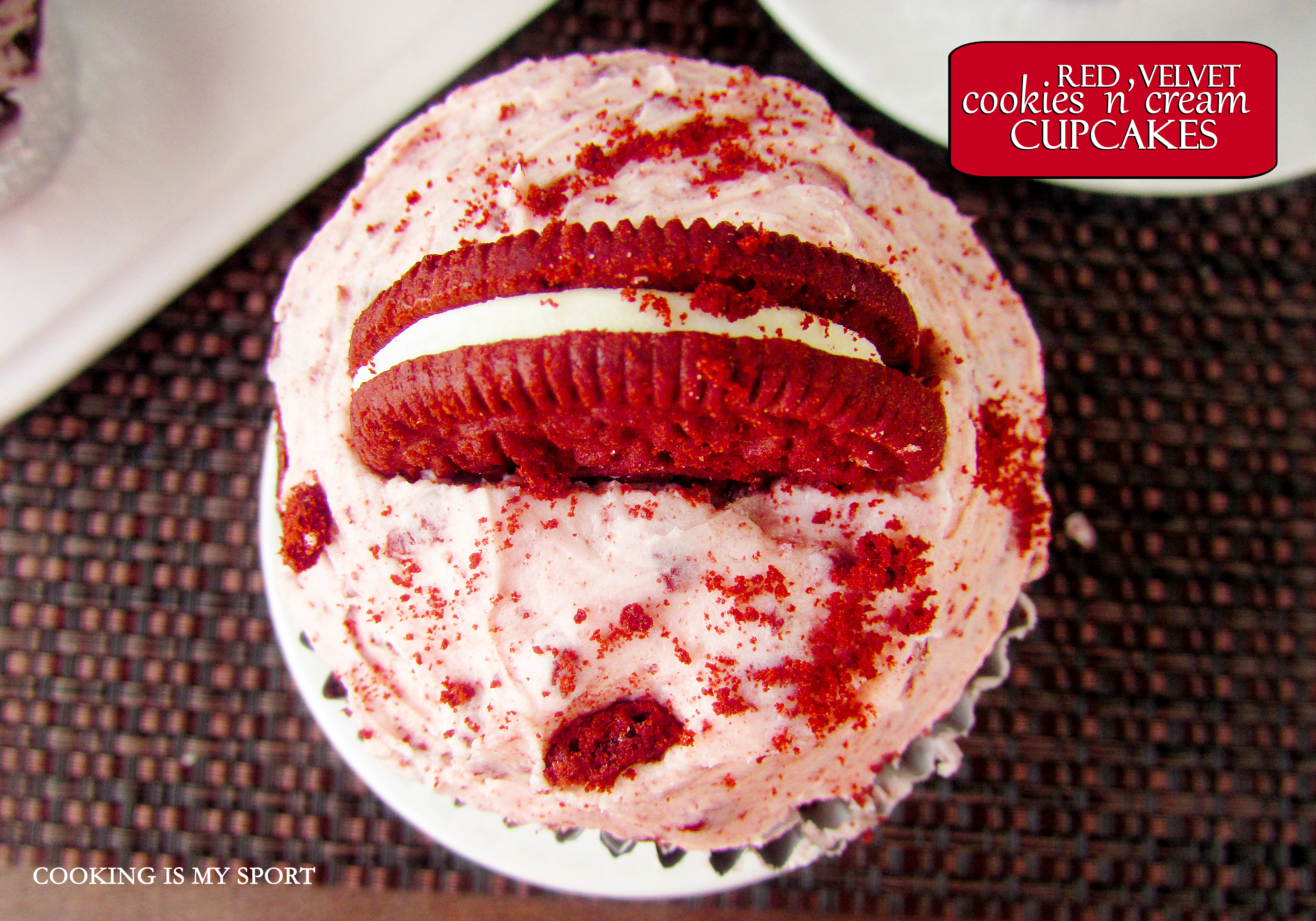 I wasn’t going to do a Valentine’s Day recipe this year, but at the last minute on Friday I shrugged and thought, “Eh, why not?”

Since I’m a Single Lady this year again I figured that I may as well do a post/homage to the Red Velvet Oreo who had me hooked at first bite.

This recipe is pretty easy. The chocolate cupcake is soft and moist and serves as the supporting actor to the main star: the frosting in which I mixed crushed Red Velvet Oreos that gives it that pretty pink tint and the distinctive taste of those darn yummy cookies.

Happy Valentines Day to all those who are celebrating with S.O. or by themselves- and to those still at the Fiesta Friday #106 Party co-hosted this week by  Steffi @ Ginger & Bread and Andrea @ Cooking With a Wallflower.

Whisk the flour, baking powder, baking soda and salt together in a bowl.

Heat the milk until hot but not boiling; pour over the cocoa powder in a large bowl and whisk until smooth. Let cool slightly.

Whisk in the sugar, vegetable oil, egg and vanilla until smooth. Whisk in the flour mixture until just combined.

Divide the batter among the muffin cups and bake until the tops spring back, 20-25 minutes. Transfer to a rack and let cool 5 minutes in the pan, then remove the cupcakes to the rack to cool completely.