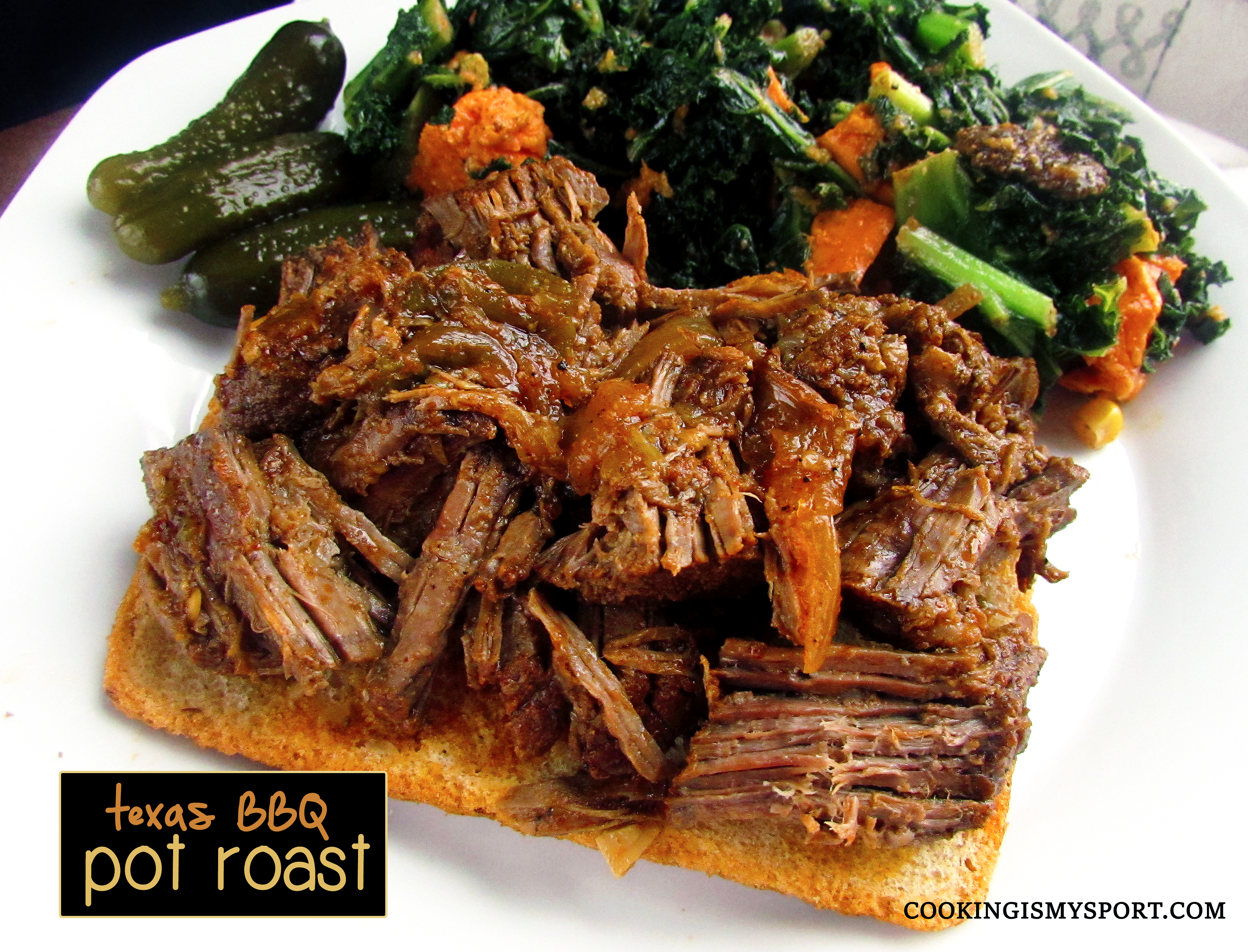 It’s January. It’s cold outside. In most parts of the country, the weather is pretty crappy. It still gets dark pretty early in the evening. It’s Friday afternoon.

And you-know-who is now the president.

All of the above means that we deserve some MAJOR comfort food. 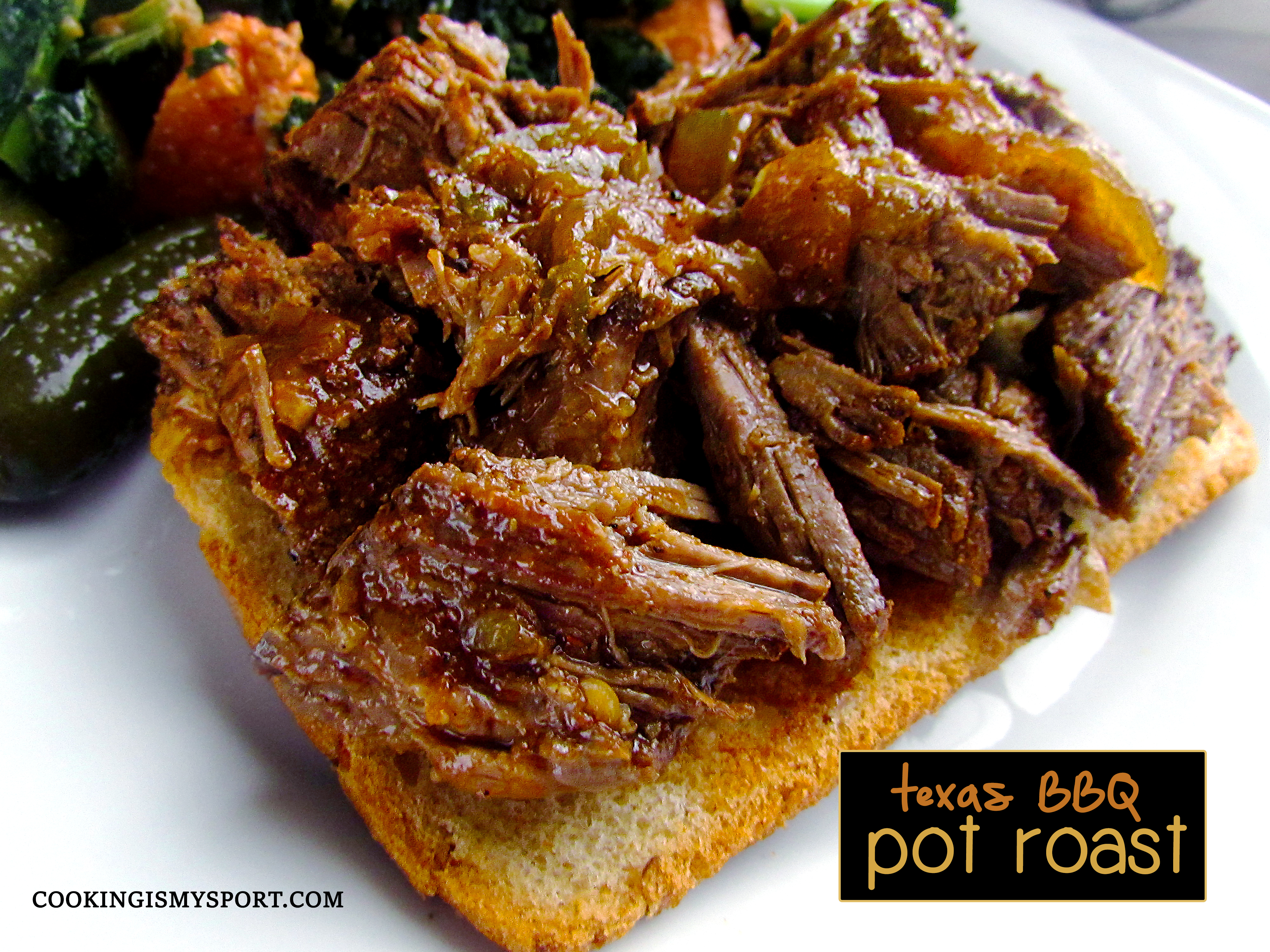 I almost didn’t post this recipe. Almost. The lighting on the day I cooked it was REALLY bad, to the point where there was barely any sunlight outside at all and very little natural light to shine on the food.

All my fellow food bloggers out there know that shooting pictures of monochrome ‘brown’ foods like beef are difficult enough as it is, but without sunlight? Eh. It’s not picnic, I’ll tell you.

And I promise you, it does not fail to deliver on that. 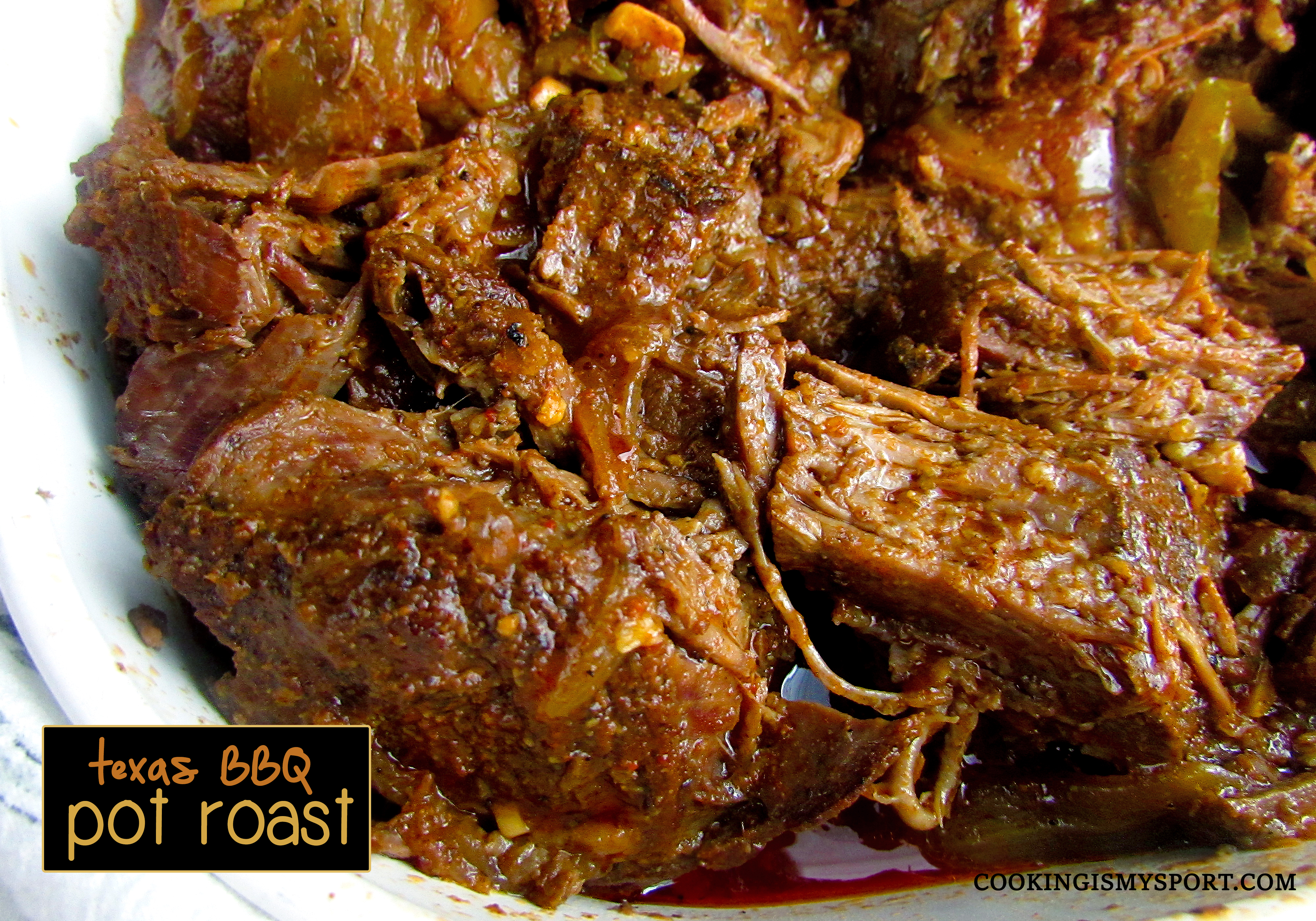 There’s not many bells and whistles to this dish. It takes the sweet and tangy flavors that remind me of barbecue and infuses them into a hunk of beef that is cooked low and slow in the oven until fork tender. It’s no grilled so we obviously don’t have that charred, charcoal flavor, but…it’s still pretty great stuff.

In fact, upon tasting, my older sister remarked that the sauce that it produces is VERRRRRRY close to the homemade barbecue sauce that our grandmother always made for holidays when we would grill out.

Which suffice to say, is very high praise indeed. 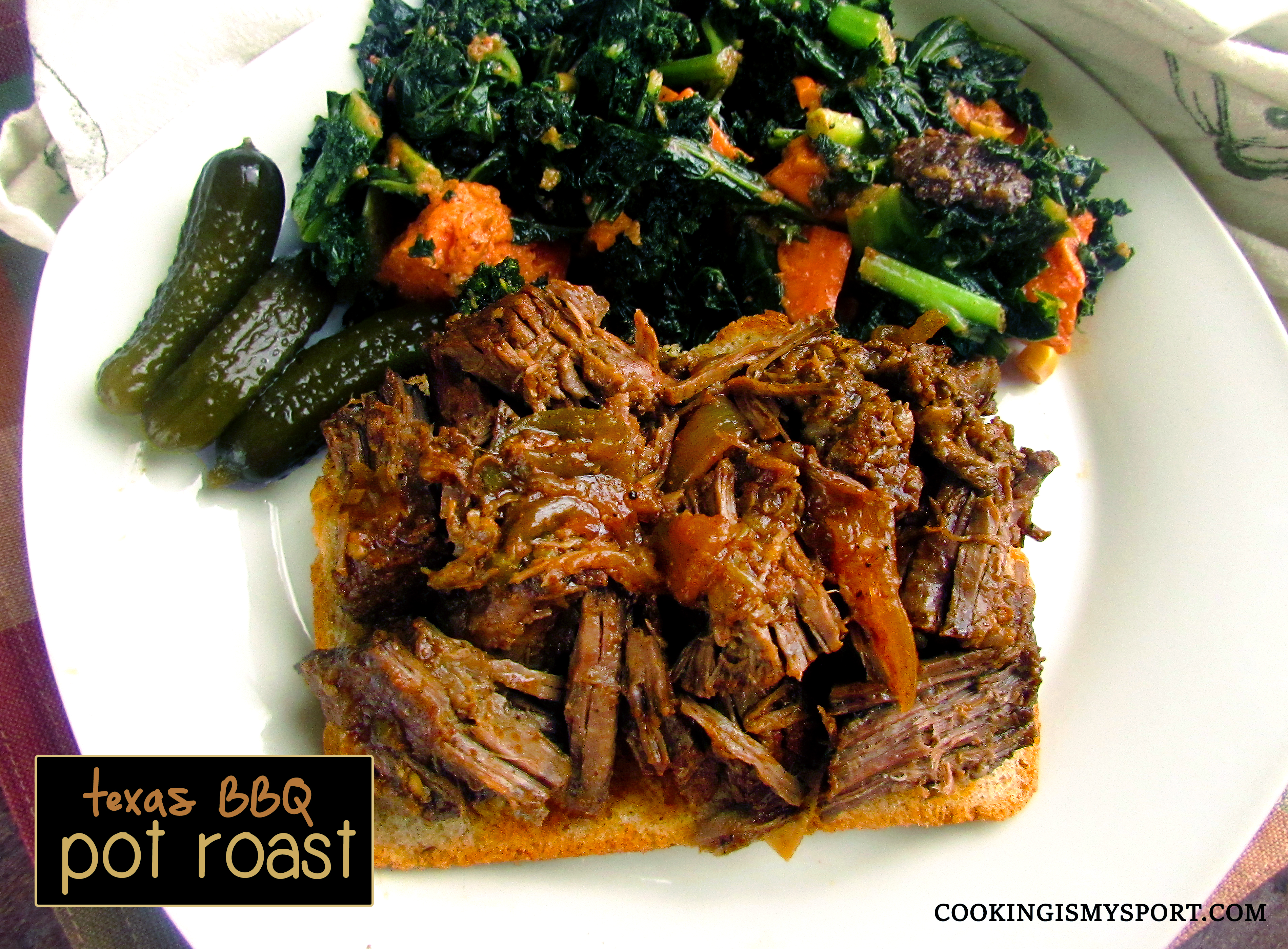 The low roasting temp makes the beef come out so juicy, moist and tender. The sauce that it makes is the perfect blend of sweet and tangy flavors. It made for an absolutely delicious sandwich, guys. I mean, wow. I ate mine with caramelized onions and peppers and pickled gherkins, as pictured. But however you’d like to eat it, I guarantee you’ll be satisfied.

Linking this post up to Fiesta Friday #155. Y’all be easy.

Preheat the oven to 300 degrees Fahrenheit.

In a small bowl, combine the onion powder, smoked paprika, pepper and seasoning salt. Rub the mixture evenly over both sides of the meat.

Heat the oil in a large Dutch Oven or pot over the stove over medium high heat. Just before it starts to smoke, sear the meat in the pot until a crust forms on surface, about 3-5 minutes per side. Remove the meat to a plate and cover with aluminum foil. Set aside.

Place the onions and green pepper together in the Dutch oven and sauté them in the residual oil and drippings until just tender/translucent. Add the garlic and cook for about one minute more until the garlic is fragrant.

In a medium bowl, combine the barbecue sauce, vinegar, broth, mustard, Worcestershire sauce, and chili powder. Pour into the Dutch oven and bring to a boil. Remove from the heat.

Add the meat back into the pot, cover and place in the oven. Roast for about 3 to 4 hours, until the meat is fork tender, turning the meat every hour or so.

Let the meat stand in the pot for about 30 minutes. In the meanwhile, drain off about 2 cups of the liquid from the pot and place in a small saucepan. Bring the liquid in saucepan to a boil, then reduce heat to medium low and allow to simmer until thickened into a sauce. Skim off the fat on the surface, then serve with the meat.