Hi. How are all of you doing?

So….climate change is not a hoax. It is not something you can ignore or put away to the back burner and pretend as though it’s inconsequential. It is real.

The man who lives in the White House (at least PART of the time, when he’s not golfing at one of his tacky resorts) is a corrupt, shameless, puny buffoon. A disgrace. He’s unfit for office and a menace to this country.

I didn’t vote for him. I despise him, completely.

There. Just wanted to make it clear to all of you where I stand on that. We can get back to the food now. 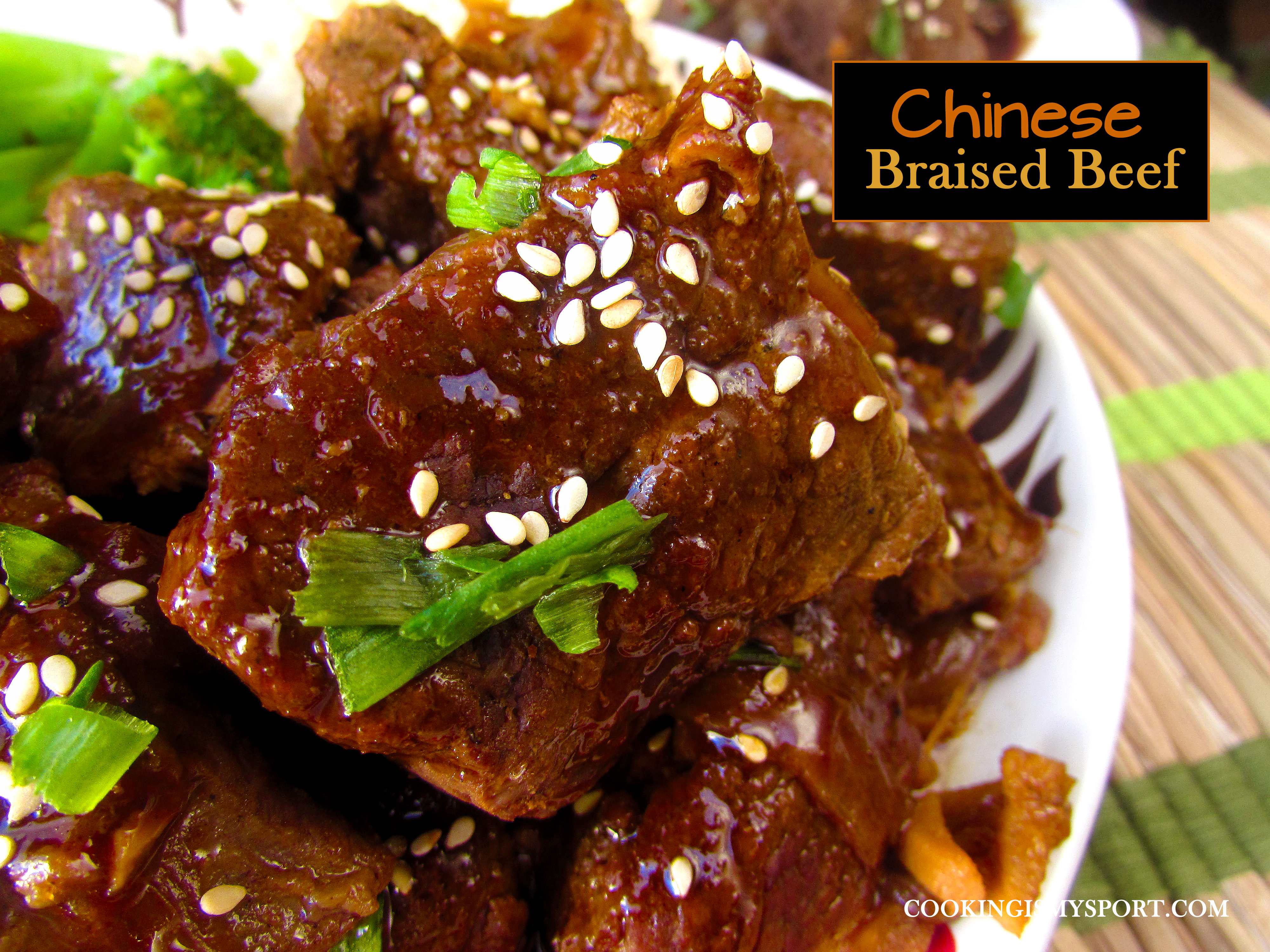 I like Chinese takeout. There’s just something about the food that, in spite of the msg-laden/syrupy sauces/mystery ‘meat’, I just can’t quit. It’s not fancy, God knows it’s not healthy and sometimes it’s not even that cheap, but if the president of your country is determined to give the middle finger to valid, proven scientific research that could be the difference in preserving this planet for future generations, what’s the point in turning your nose up at a little msg, eh?

However, there are times when I’m a ‘good girl’ and instead of picking up the phone to order takeout, I go into the kitchen instead to cook what I want instead. 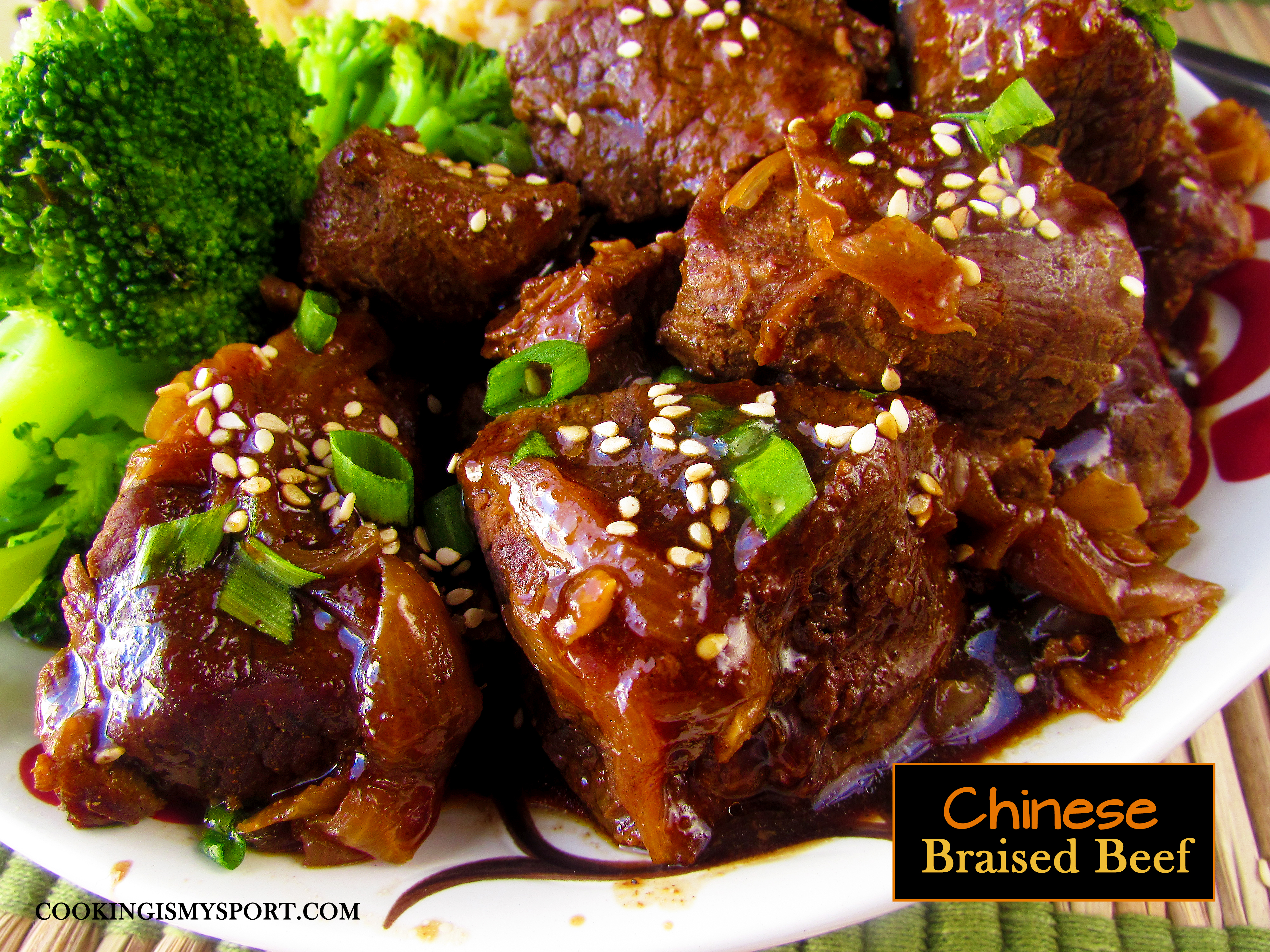 My number one entree go-to at a Chinese takeout joint is Sesame Chicken. I haven’t gotten around to trying to make that on my own yet, but it’s definitely still on the radar. A meal of Sesame Chicken, Lo mein and egg rolls for me is pure comfort food. I’m pleased to say that this recipe is getting added to that list.

But here’s the thing: it isn’t quiiiiiite what I would classify as a ‘takeout style’ dish. Most wok-style takeout dishes use lean beef like flank or hangar steak that cook quickly at a very high heat. This recipe doesn’t come together quickly, because it’s a braise of a fattier cut of meat like bottom round, chuck or short ribs that require a low-and-slow cooking to make them fall-apart, fork tender. 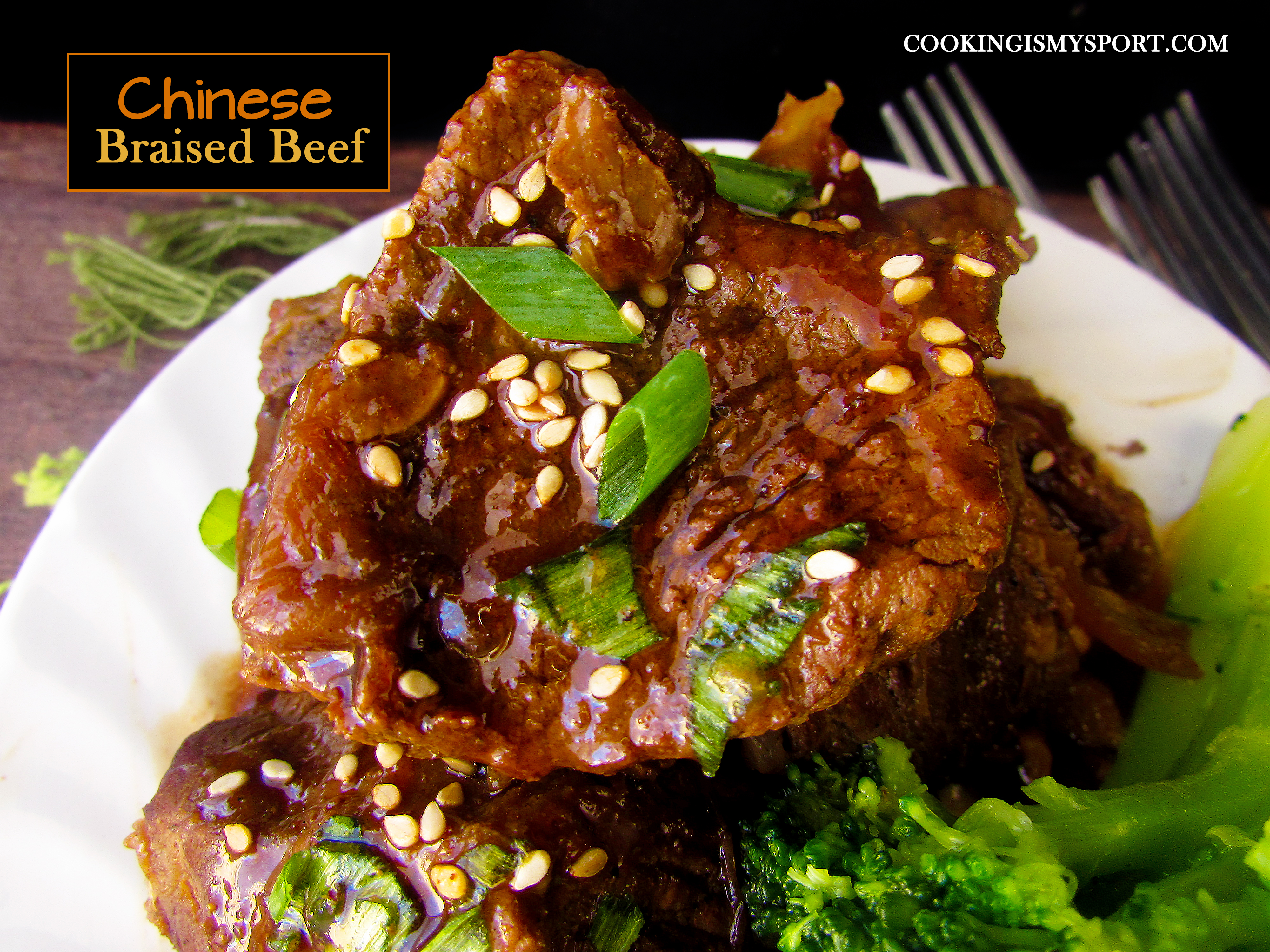 There’s still lots of good news to go round: first, once you get the meat seared off and the sauce blended together, the oven does most of the rest of the work. Second, all of the ingredients you use for this dish are popular staples that should be easily found in most grocery stores (which isn’t always the case).

The only ‘downside’ is that you have to wait for the beef to braise for a couple of hours and once the smells start to waft up from your oven, into the kitchen and the rest of the house, waiting to dig in may get increasingly difficult as the hunger pangs start to settle in. 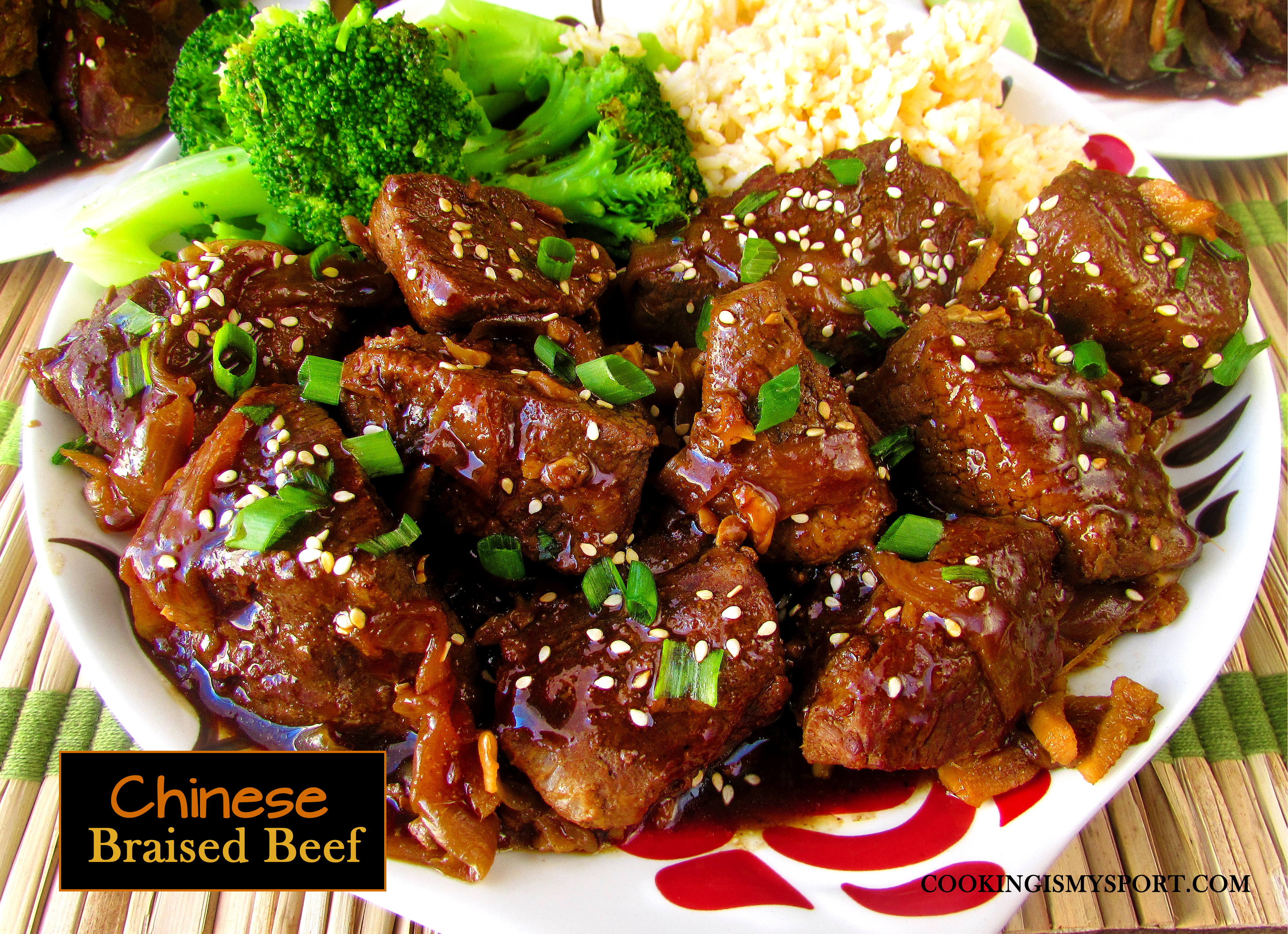 This dish is alternatively known as Chinese Red-Beef, and if I had to compare it to another cuisine I would say it’s in the same vein as Hungarian Red Goulash,  American Beef Stew, or a French Carbonnade. All are essentially braised hearty beef stews with incredible sauces with flavors that develop over the long cook-time in the oven.  The sauce in this dish is very reminiscent of Chinese takeout flavors to me; it’s sweet, acidic, salty and slightly spicy.   The fresh ginger really comes through and that bit of gelatin and cornstarch also helps to give it that sticky ‘takeout’ consistency. Like all beef stews/braises, this would also go wonderful with a starch on the side. My personal preference for a side dish to Asian food is brown rice and steamed brocoli, but I think white rice, or even noodles would be great mixed in with this sauce.

Linking this up to Fiesta Friday #174 this week.

In a  large pot or Dutch oven, pour about 1 tablespoon of canola or vegetable oil and bring to high heat.

Season the beef with the salt, pepper and onion powder evenly. Sear in the Dutch oven over high heat until browned, about 3 minutes per side. Remove to a plate or bowl and cover with aluminum foil. Leave the drippings in the pan.

Add the onion to the pot and saute until softened and limp. Add the garlic and continue to cook until fragrant, about 1 minute more. Remove to a small bowl and set aside.

Sprinkle the gelatin over the water in the Dutch oven and allow to sit until gelatin softens, about 5 minutes.  Allow for gelatin to melt, then stir in the rice wine vinegar, soy sauce, hoisin sauce, molasses, ginger, onion and garlic mixture, red pepper flakes and fish sauce. Bring to a simmer and stir together with a wooden spoon. Taste and adjust for seasoning. Stir in the beef chunks.

Remove pot from the heat, then cover tightly with aluminum foil, then Dutch oven lid. Transfer to oven and cook until the beef is tender when pierced with a fork, 2 to 2 1/2 hours, stirring halfway.

When finished remove the beef to a bowl. Strain the sauce through a fine mesh strainer and discard the bits. Separate/skim off as much fat as you can from the top, then place back into pot. Cook over medium high heat, until reduced to about 1 cup, about 20-25 minutes.

In a separate bowl combine the cornstarch with about 2 tablespoons of water, mixing together with a fork. Add this to the reduced sauce and allow to cook for about 5 more minutes, until thickened and syrupy. Return the beef to the pot and stir to combine with the sauce. Sprinkle with the scallions and sesame seeds and serve with rice and/or broccoli.