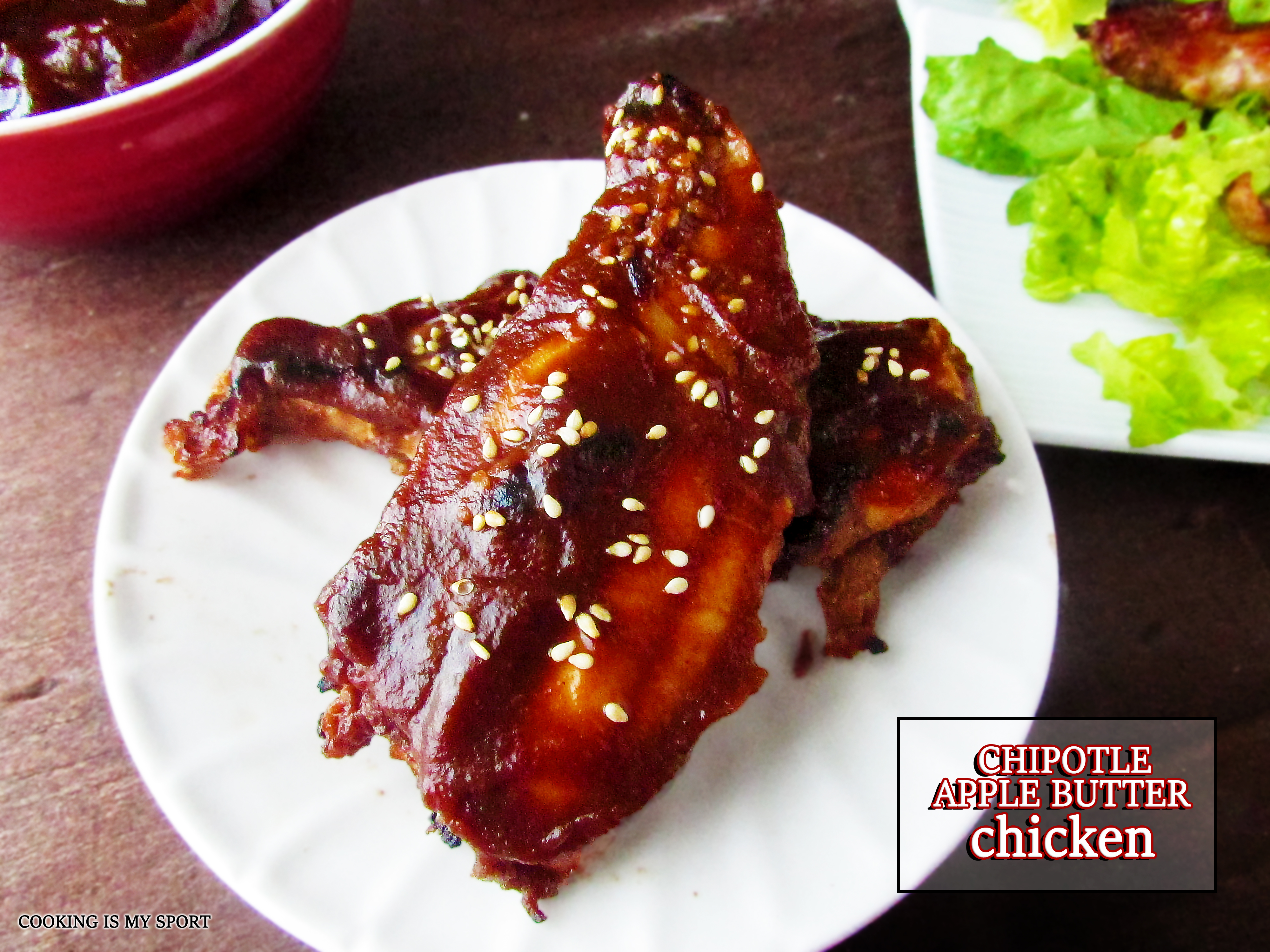 Sometimes I’ll go through a phase where I become addicted to a certain type of food. Like really addicted. I’ll have to have it every day, so I’ll buy mass quantities at one time- you know, just to make sure I never have a craving that can’t be satisfied. Because that sucks and definitely gets under my skin (probably more than it should).

At one time, it was Yoplait Boston Creme Pie Yogurt mixed in with Honey Bunches of Oats Just Bunches. I HAD to have some as an after dinner ‘dessert’.

At another, it was an Archers Farm trail mix of cashews, almonds and dried cranberries.

For a while, I was hooked on Panera Cinnamon Crunch bagels, toasted and spread with butter. 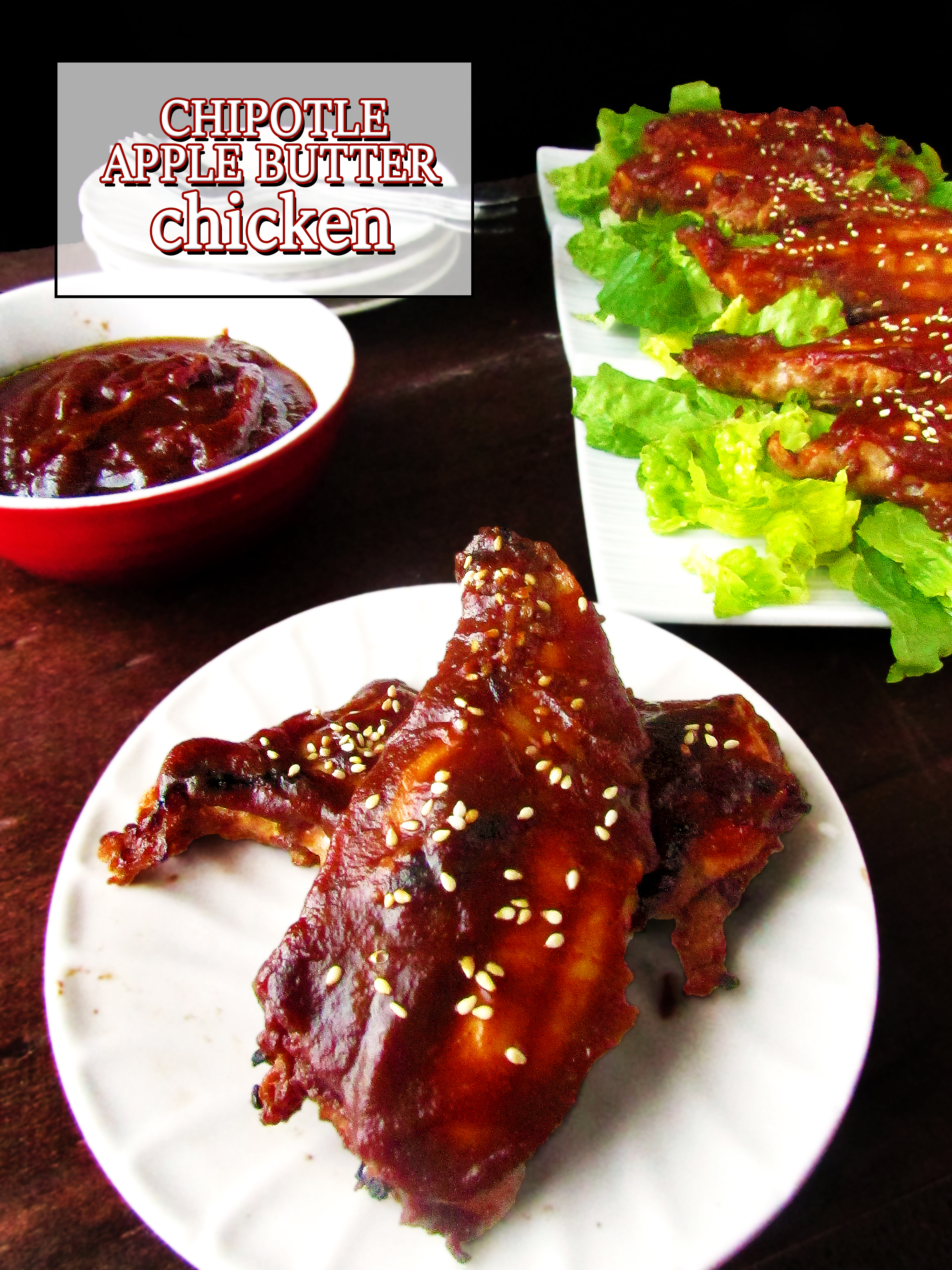 Yellow corn chips is still a big one- I’ve got three bags in the house right now. Honestly, I have to be careful- they’re waaaaay too easy for me to eat in large quantities. Same thing with animal crackers; right now they’re my go to work snack.

About two years I developed a huge love of eating fried eggs on toast and experimenting with different spreads to put on top. I loved the contrast of saltiness from the egg with the sweetness of different jam spreads. One day I was in the grocery store looking in the jam aisle for something a little bit different to try and I noticed a jar of Musselman’s Apple Butter. I’d never heard of apple butter before, much less what it tasted like. But I was in the experimenting kind of mood, so I decided to give it a try.

From that first day, I was hooked. I LOVED apple butter. From then on, it was all I wanted to eat on my toast. 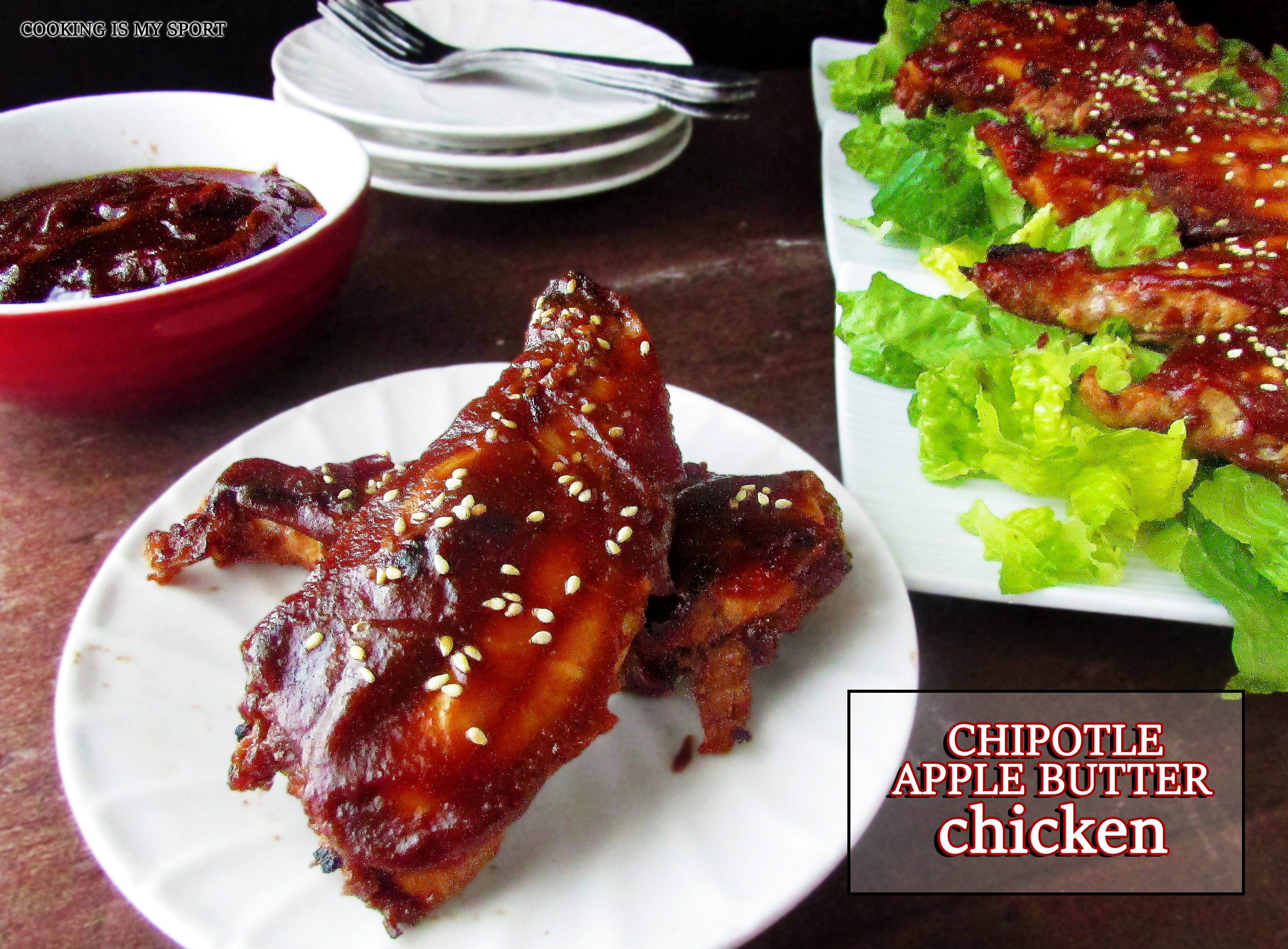 But as we know, interests and passions begin to fade and shift after a while. Eventually,I got a little tired of having my regular fried eggs on toast smeared with apple butter. I moved onto my next obsession.

I wasn’t gonna throw them away. I’m too cheap to do that. But I just…I didn’t know what to do with them. One of the jars eventually went to making some Apple Butter Bread- which I’ve posted on the blog a while ago. The other one still didn’t get used for a few months.

Recently, I bought a family pack of chicken breasts and had no idea what I was going to do with them. I just decided that I would look in the pantry and pick out whatever I thought would be good in a dish. When I got home, the first things I came across were the lonely unused jar of apple butter, and a can of adobe chipotle chiles. And that gave me an idea. By itself, the apple butter would make the chicken way too sweet- but the addition of chipotle chiles and sauce- that just could work. 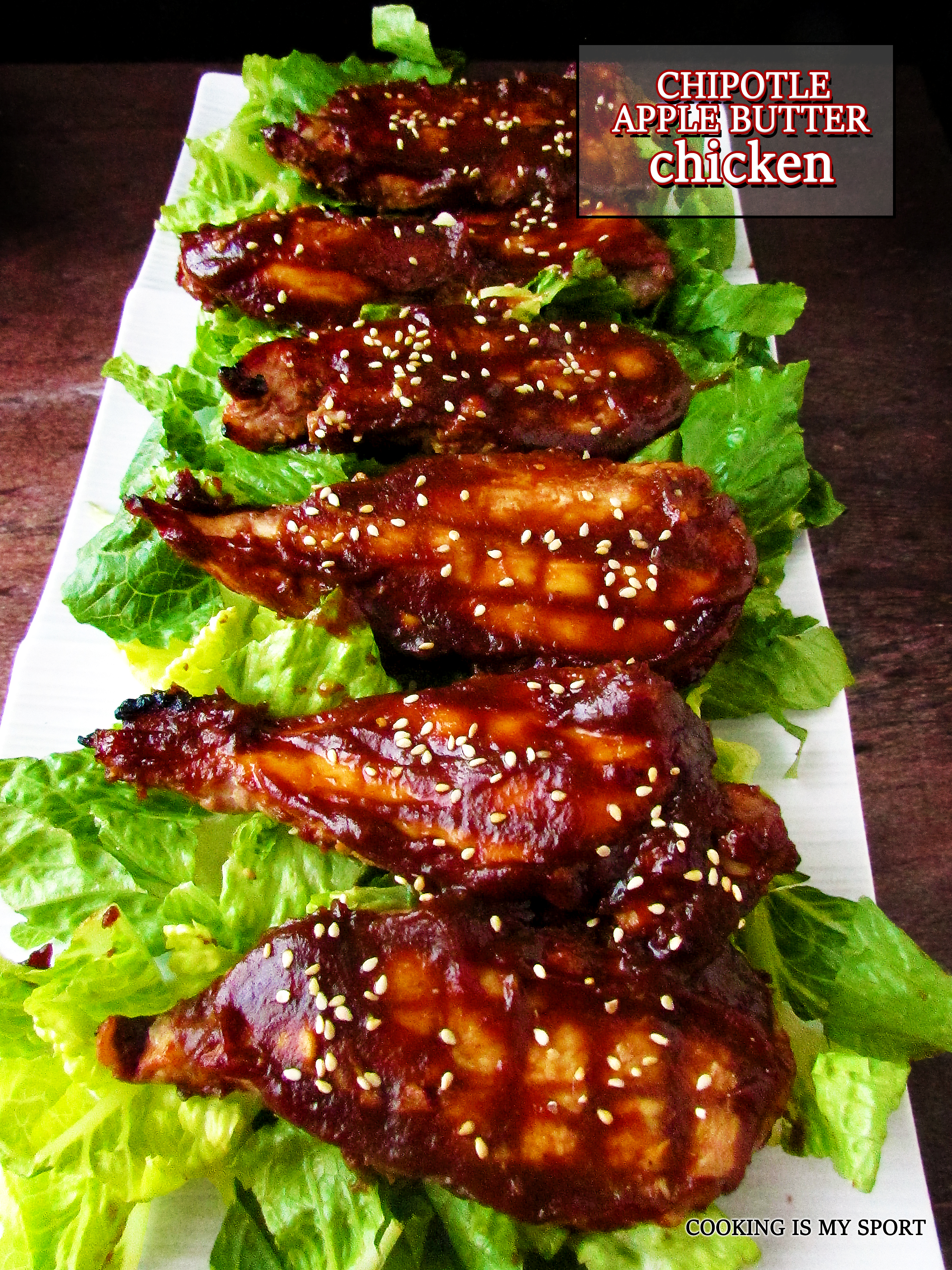 I’ve never heard of an apple butter and chipotle barbecue sauce before- but after coming up with this here recipe, I’m of the strong opinion that it really should be come a ‘thing’.

The marinade alone works really well, but the best part of this recipe is setting aside a sizable portion ahead of time so that when the chicken is done, you can have some sauce to dunk it into. I cut the chicken up into medium sized tenders, then baked them off in the oven on racks, but this would be an EXCELLENT  dish to make over a grill to give a really special charcoal flavor to compliment the flavor of the sauce.

I’m really happy with this one, guys. So you should go ahead and just try this. 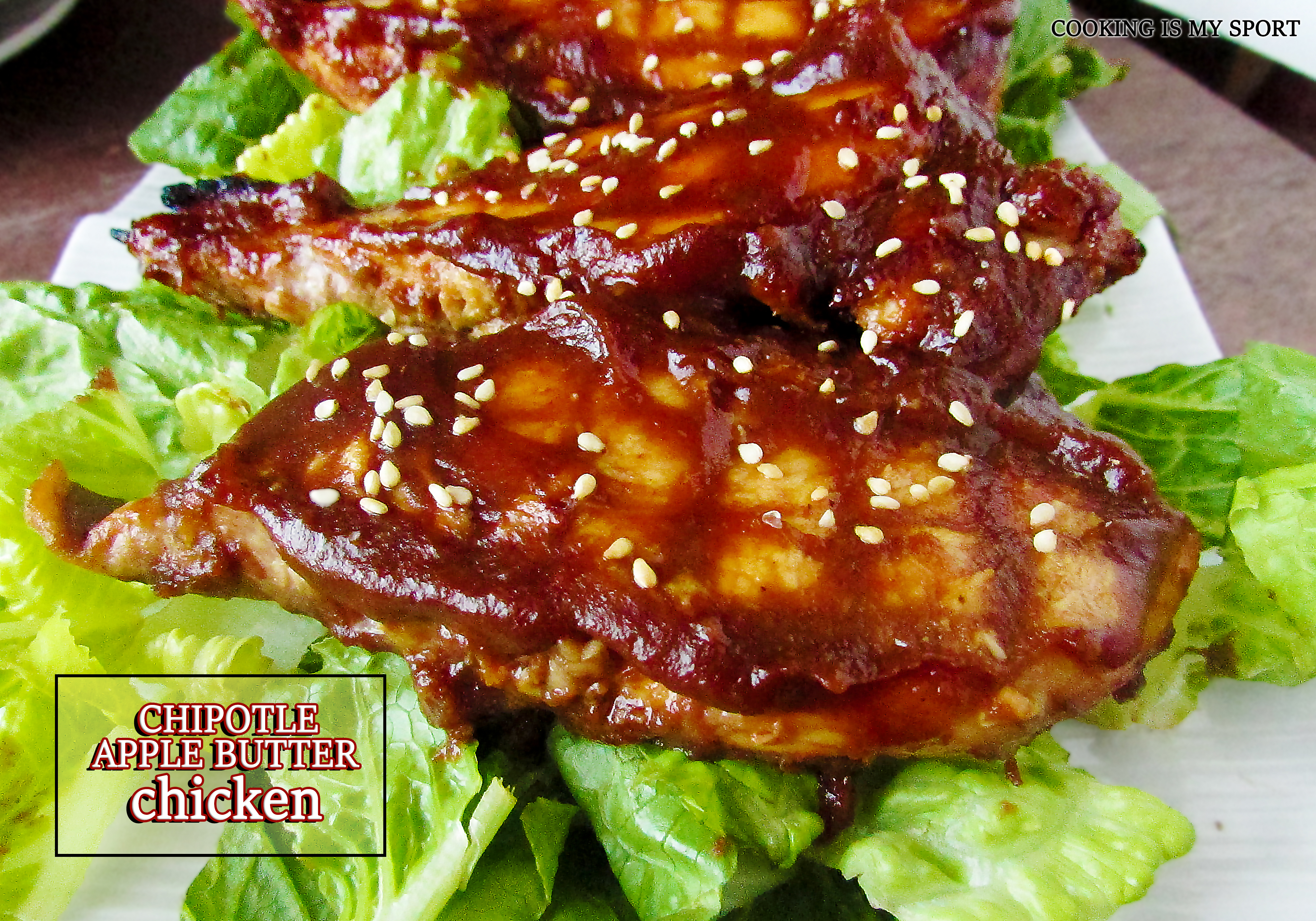 I’m beginning to think that I should just start calling this blog Cooking Chicken Is My Sport-because sometimes, it really does seem to me that all I do is throw a bunch of chicken recipes at you guys. It’s getting kind of ridiculous.

But the truth is, chicken’s just about the most inexpensive meat I can buy. Luckily, it’s also my preference of  protein nine times out of ten. So I have to keep experimenting with different recipes and ingredients just to make it stay interesting.

Sorry. I hope you won’t hold it against me too much.

I’m taking this chicken to this week’s Fiesta Friday #51, hosted by Angie@TheNoviceGardener and co-hosted by  Jhuls @The Not So Creative Cook and Juju @cookingwithauntjuju. Thanks ladies- appreciate ya 🙂

1. Combine the first four ingredients in a bowl. Divide 1/2 cup of marinade between two ziploc bags, and set aside the rest for later use.

2. Place half of the chicken tenders in one bag, and one half in the other. Seal bags and roll chicken around in marinade to make sure it is evenly coated. Refrigerate overnight, or at least for 1 hour.

4. Remove chicken from marinade and place on top of baking rack. Bake chicken in the oven, about 30-35 minutes (or until chicken reaches an inner temp of 165°), basting with the remaining apple butter/chipotle sauce occasionally.

5. Remove chicken from oven and sprinkle with sesame seeds. Serve inside of romaine hearts if desired.