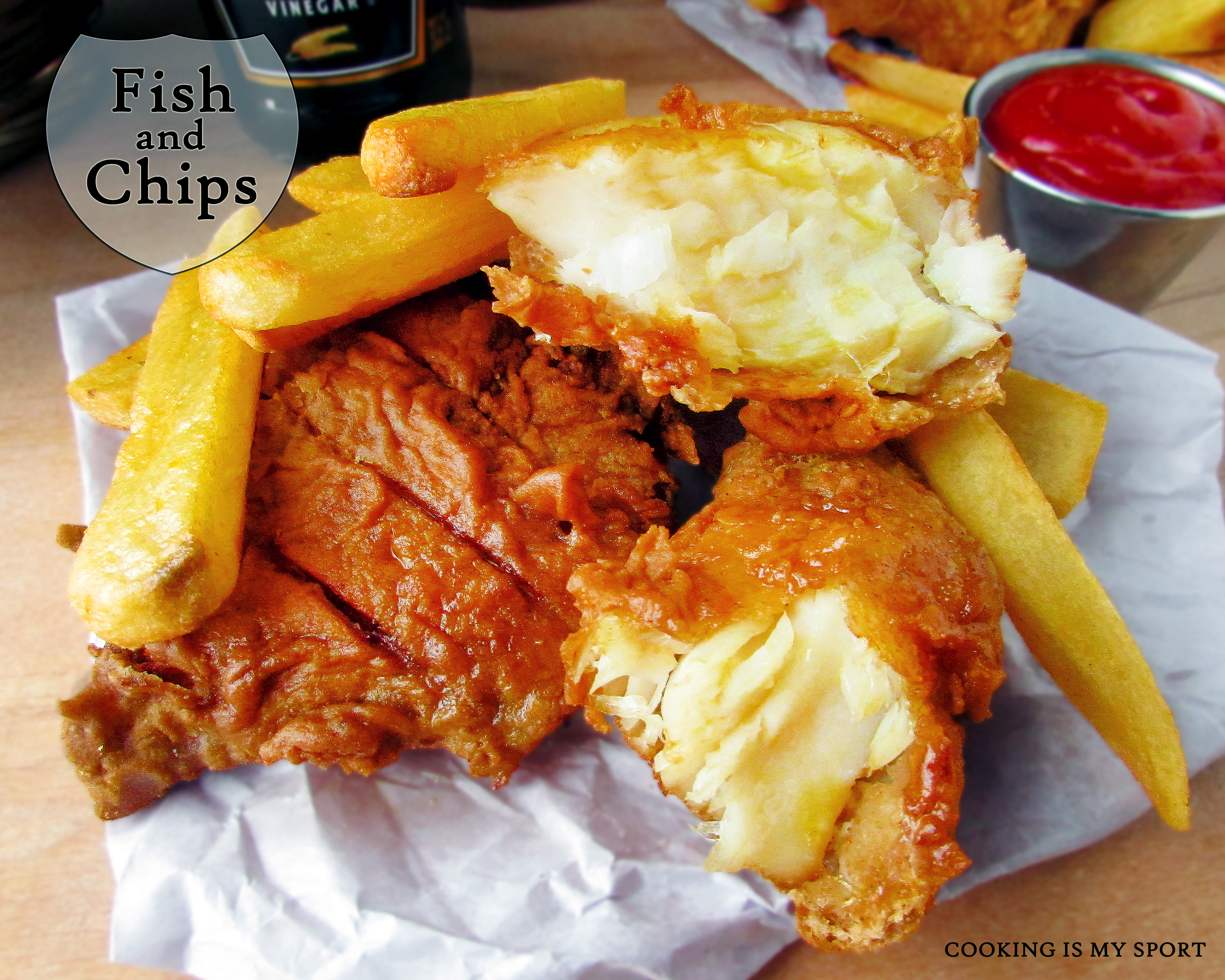 I’m about to say something that for some of you, will make absolutely no sense whatsoever.

I realize this. Heck, it almost doesn’t make any sense to me; but it is the truth, so I’ll just go ahead and say it anyway.

There is a shortage (in fact let’s just call it an absence) of seafood dishes on Cooking is My Sport.

It’s not that this is an accident. To be honest, it’s actually pretty intentional. And will probably, very likely remain that way. Why? 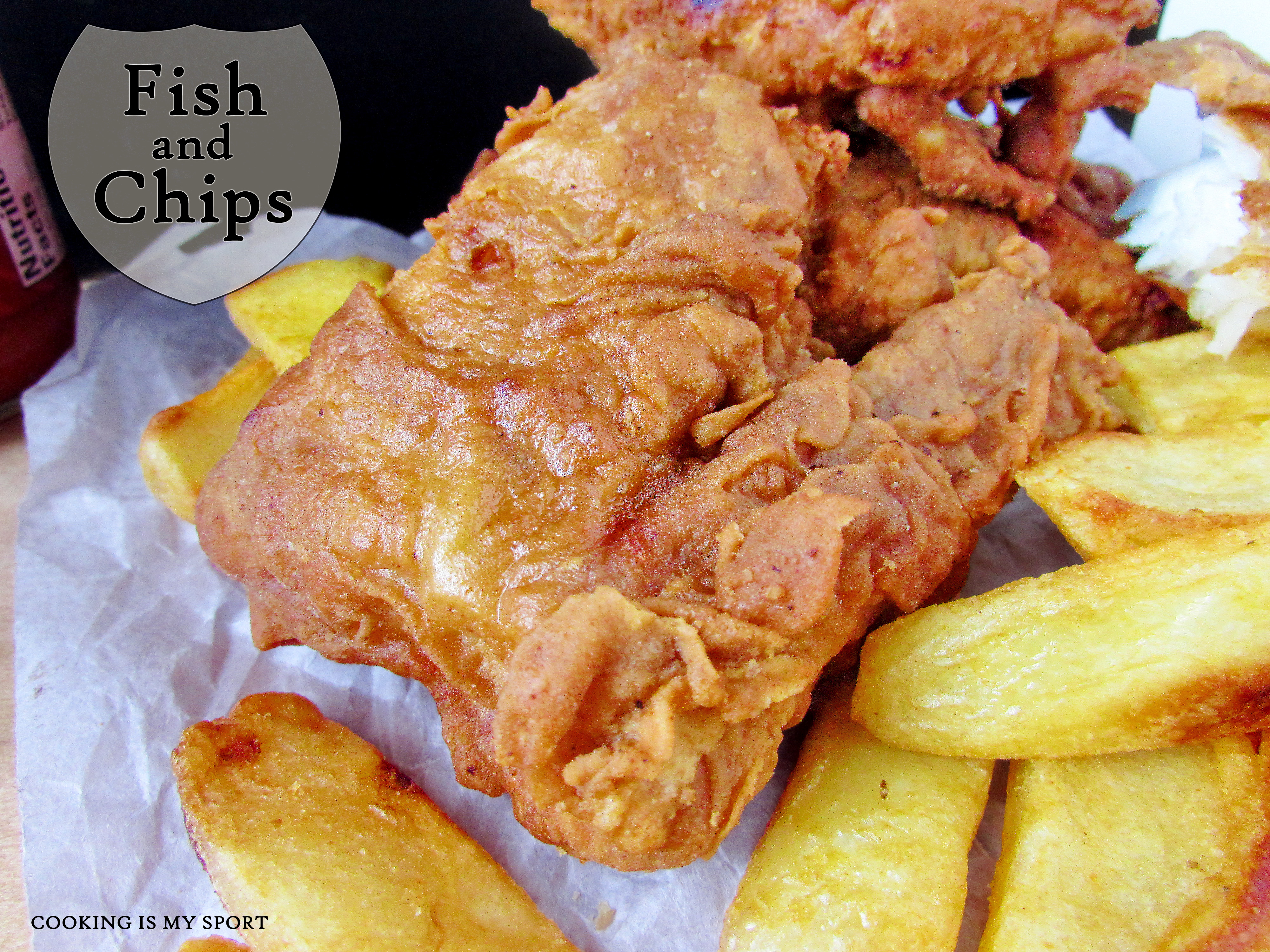 I realize that for some of you, your mouths are hanging open and your eyes are bugging out of your head in shock. I know; because EVERYONE likes fish, right?

Wrong. I don’t. Neither do the people that live in my house. Not most fish anyway.

I’ve heard people give me all kinds of reasons and rationalizations as to why I have a ‘misplaced’ dislike for the meat of the sea: I haven’t had fish that was ‘fresh enough’. the fish I had wasn’t ‘cooked properly’, I need to eat more fish because it’s ‘healthier’, I need to ‘get creative and eat more types of fish’.

Blah, blah, blah. I’m not buying it anymore, folks. I’ve had fish that was frozen from the grocery store, and fresh fish off the coast of Miami Beach in 5 star restaurants. I’ve had fish cooked for me, and fish I’ve cooked myself.  I’ve had salmon, crappies, blue gills, shrimp, lobster, crab, tilapia, and cod. And yeah, you do feel kinda ‘lighter’ after eating it than you do after eating say… pork or beef.

But seriously, I don’t care about that. I’ve really tried to hop on the Fish bandwagon. But it just didn’t work out for me. 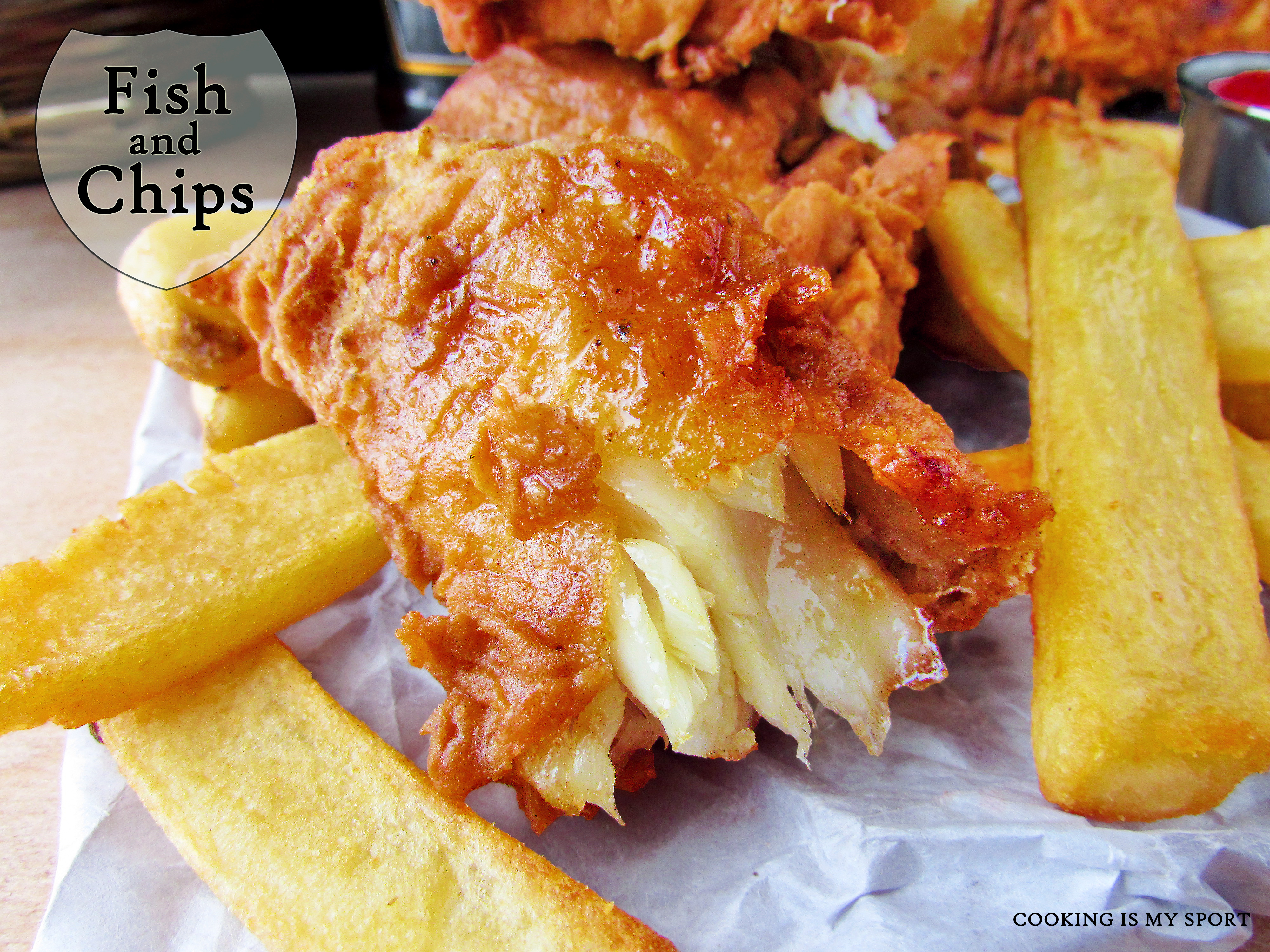 I will concede on a few things. Salmon can be tasty when cooked properly. I like shrimp in fried rice and jambalaya. However for me, the majority of fish dishes out there pretty much just taste like…fish. There’s just something about the meat that for me doesn’t absorb flavor and spices as well as other proteins- at least not in a way that takes away that ocean-y aftertaste.

Unless you fry it. That’s a different story.

My grandma fries her fish (mostly blue gill and crappies) in cornmeal over the stove Southern-style, and I’ve never had a problem eating that. It’s very good. For a while, it was the only type of fish I was that interested in eating at all. (I even may go ahead and post that on the blog sometime, since it’s pretty easy to do…)

But this past Christmas, I bought myself the America’s Test Kitchen Cookbook as a present and noticed their recipe for Fish and Chips. 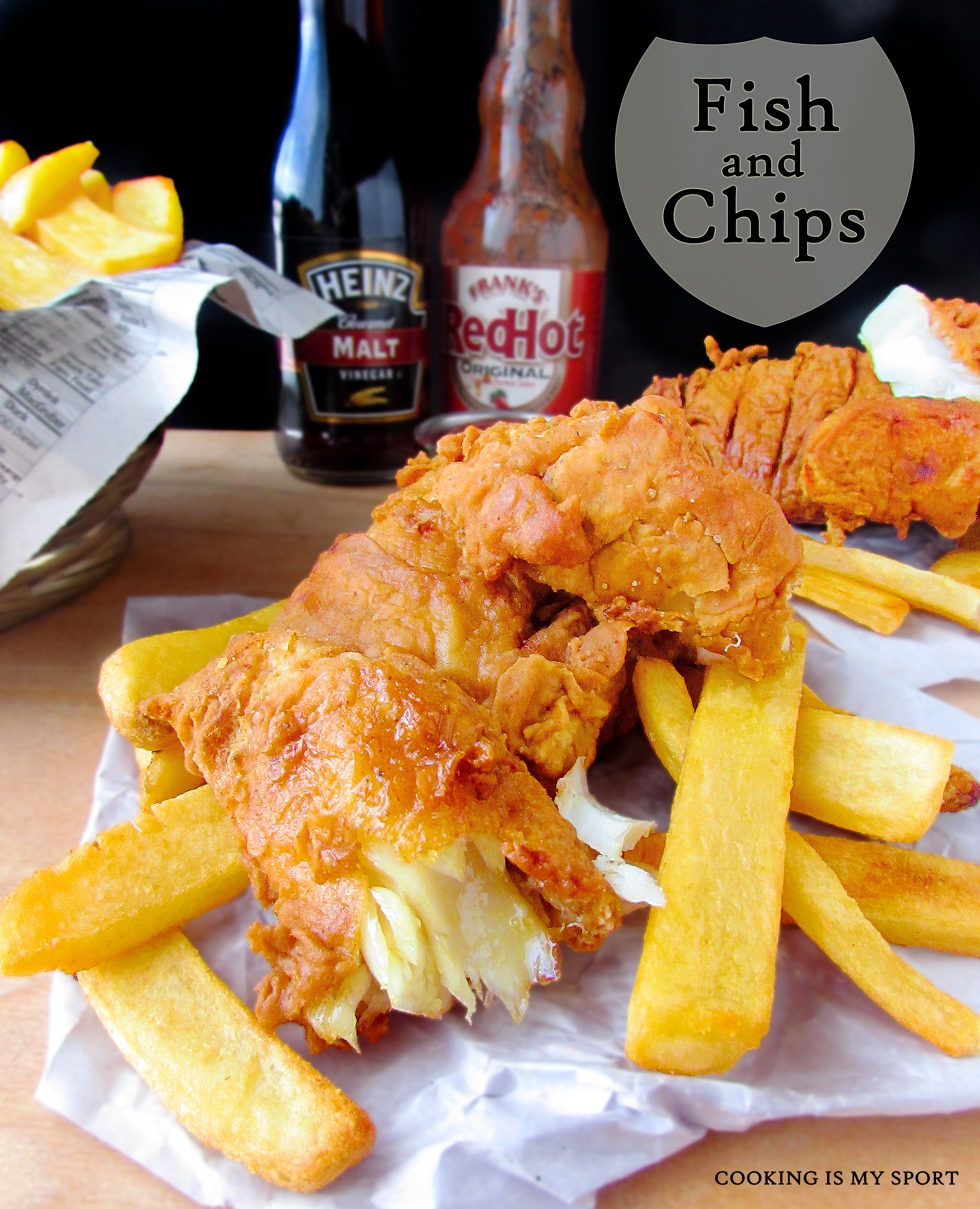 Don’t laugh at me guys, but for a long time (longer than I’m even willing to admit) I didn’t even know what the ‘chips’ of Fish and Chips was. The ‘Fish’ part was pretty obvious, but I didn’t know how it was supposed to be prepared, and I was completely clueless as to what the ‘chips’ were.

Was ‘chips’ a code-word for something else? Were ‘chips’ the chips I knew of that came in a yellow bag on the potato chip aisle of the grocery store? Why would anyone want to eat fish with potato chips anyway?

I did eventually get around to figuring out that ‘chips’ were pretty much what I knew of as french fries. In reading the cook book, I also saw that the fish was typically dipped in a beer batter and deep fried until golden brown. This caught my attention and interest for 2 reasons. First, I’m a human and I’m sane- which is basically synonymous with having a  great and all encompassing love of french fries. Second, anything that gets dipped in a beer batter and deep fried…well suffice to say, it’s pretty much impossible that it’s gonna taste bad. Even fish. Im-possible. 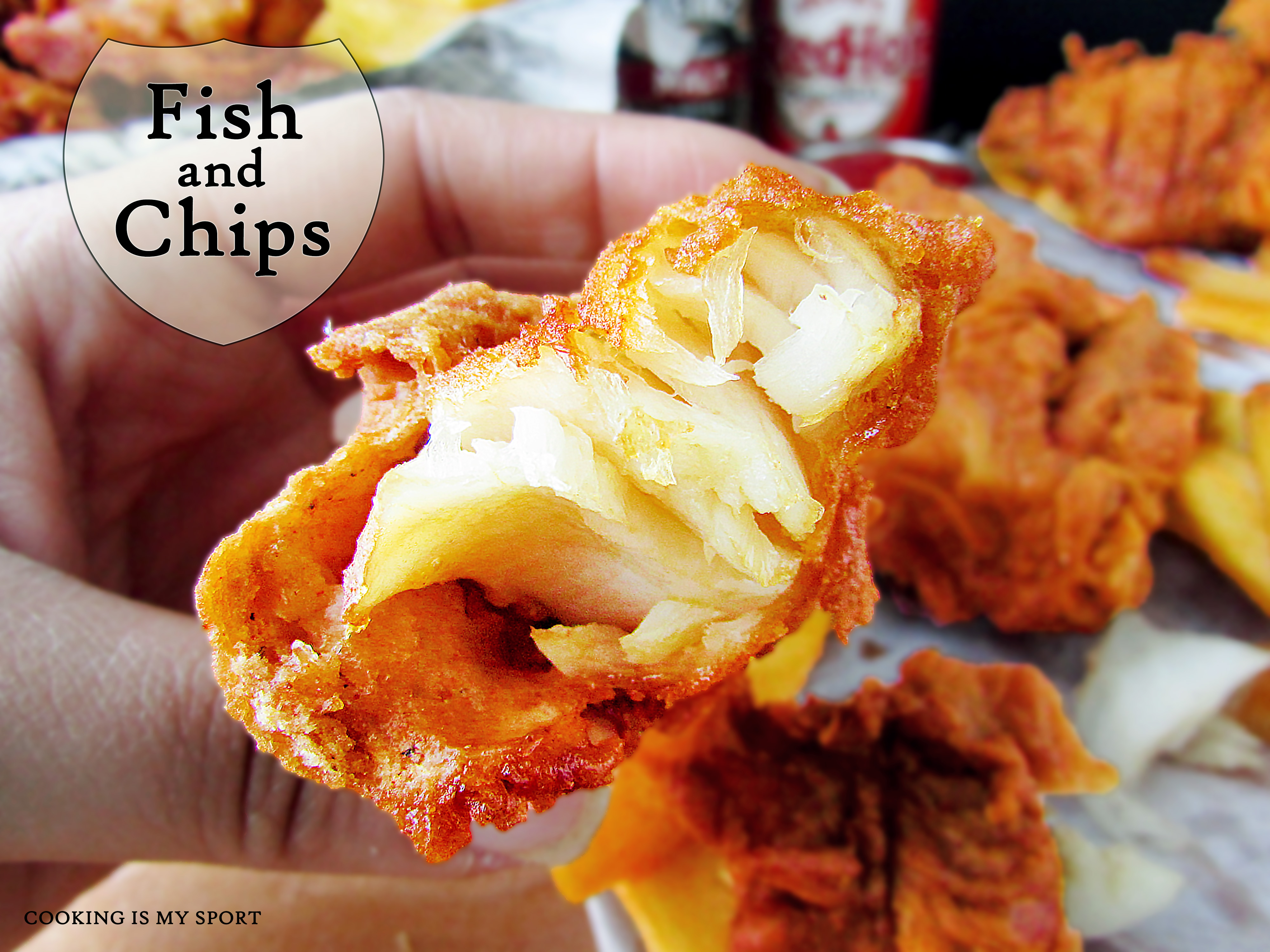 So what did I do? Well, I took a gamble; I went out and bought some cod fillets with potatoes, pulled out my deep fryer and got to work. Because I don’t cook with fish, I followed the ATK directions to a T; I even bought malt vinegar to sprinkle on the finished fish like they recommended (even though before now, I didn’t know there was such a thing as malt vinegar).

The verdict is in.

Yeah. Okay, um… this fish is good. Like really, really good stuff. And I honestly never thought I’d ever be saying something like that. But I am. Because I’ll never lie when it comes to food. I almost don’t even know where to start when trying to describe this dish.

Oh wait. Yes I do: with the beer batter crust on the fish. Wow. Just…wow. The crunch you get when you bite into it is almost unbelievable. It’s perfectly golden brown and is so well complimented by the puff of airy tenderness of the fish itself. The malt vinegar is exactly what you need to cut the saltiness of the batter and makes the flavors pop all the better.

I won’t lie guys, the potatoes are pretty labor intensive. And even though they came out beautifully, I have to be honest and say in the future I will probably take the shortcut and buy frozen ones to eat instead. Judge me if you like, I don’t care. That’s what they’re there for, right? 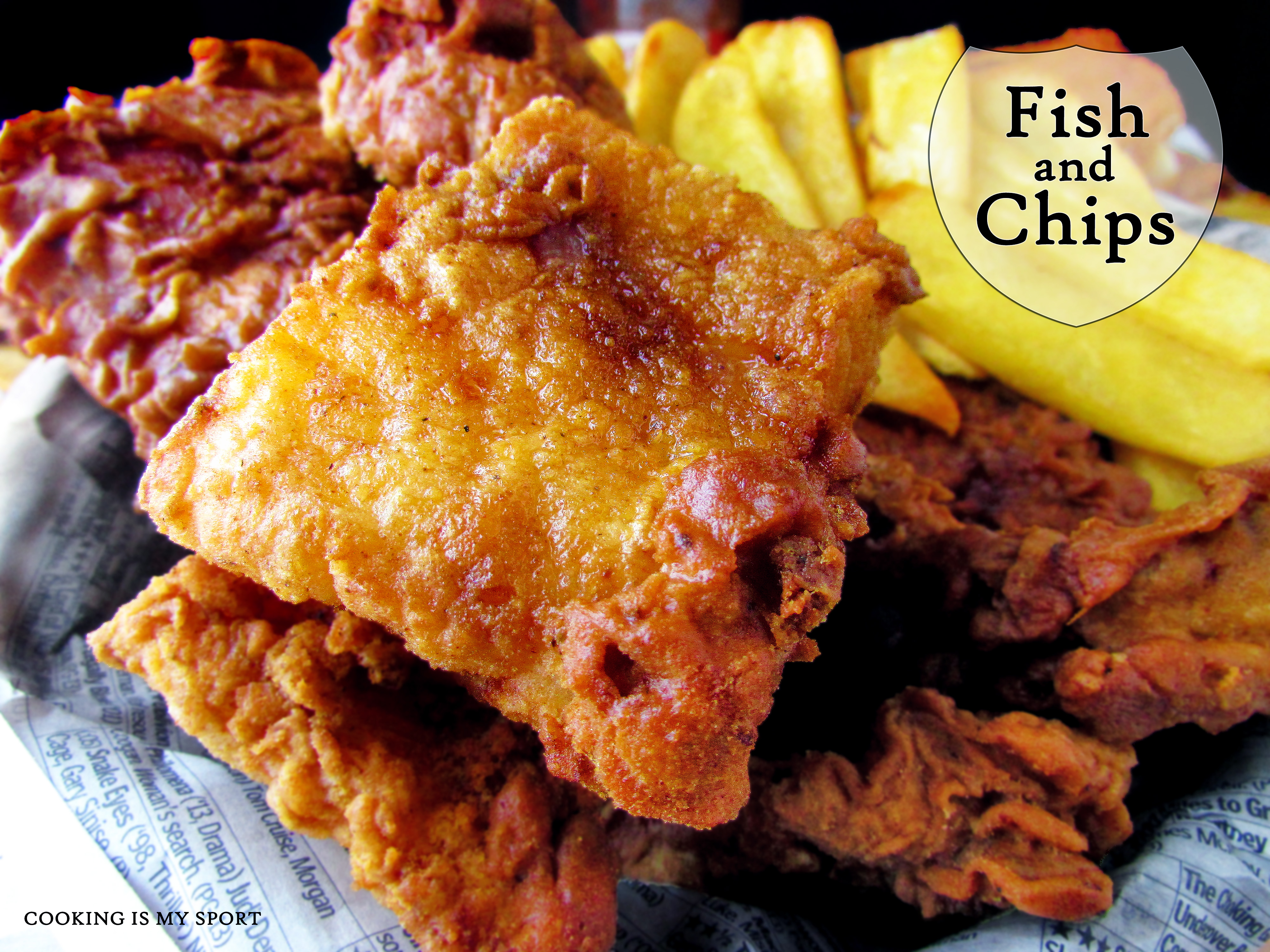 My house may have smelled like a fish market for a few days afterward, but I was still really pleased with how my first attempt at Fish and Chips turned out. It was even something  family was willing to eat (which is really saying something). I couldn’t believe this was something I actually MADE. Me: the girl who hates fish.

Maybe this is a sign I should start broadening my horizons and being more open to eating fish more often.

I will say this though, I feel confident enough about this dish to bring it to the Fiesta Friday Anniversary Party Part 2, hosted by Angie@TheNoviceGardener and co-hosted by Nancy @Feasting With Friends and Selma @Selma’s Table.  Because I’m sure there are plenty of fish lovers here right? 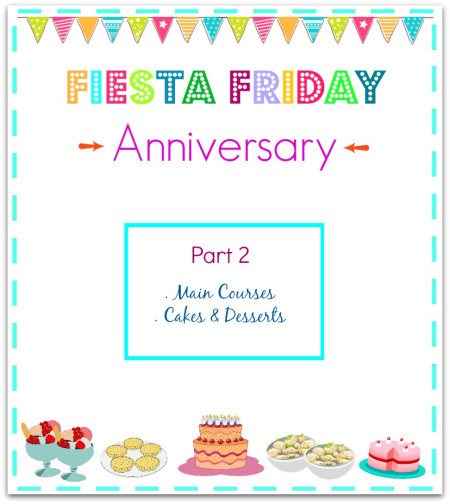 1. Place the cut fries in a large, microwaveable bowl, toss with 1/4 cup of the oil & cover with plastic wrap. Microwave on high power until potatoes are partially translucent and pliable but still offer some resistance when pierced with the tip of a paring knife, 6-8 minutes, tossing them with a rubber spatula. Carefully pull back plastic wrap from side furthest from you and drain potatoes into large mesh strainer set over a sink. Rinse well under cold running water. Spread he potatoes on a few clean kitchen towels & pat dry. Let rest until fries have reached room temp, at least 10 minutes or up until an hour.

3. In a large Dutch oven fitted with lip on candy thermometer, heat 2 quarts more oil over medium heat to 350°F. Add the fries to the hot oil and increase the heat to high. Fry, stirring with a mesh spider or slotted metal spoon, until potatoes turn light golden and just begin to brown at the corners, 6-8 minutes. Transfer the fries to a thick paper bag or paper towels to drain.

4. Reduce heat to medium high, add remaining 1 quart oil and heat oil to 375°F. Thoroughly dry fish with paper towels & dredge each piece in the flour mixture on a baking sheet; transfer pieces to a wire rack, shaking off any excess flour. Add 1 1/4 cups of the beer to the flour mixture in the mixing bowl and stir until mixture is just combined (batter will be lumpy). Add remaining 1/4 cup of beer as needed, 1 tbsp. at a time, whisking after every addition until batter falls from whisk in a thin steady stream and leaves a faint trail across the surface of the batter. Using tongs, dip 1 piece of fish in the batter and let the excess run off, shaking gently. Place the battered fish back on the baking sheet with the flour mixture and turn to coat on both sides. Repeat with the remaining fish, keeping the pieces in a single layer on the baking sheet.

5.When the oil reaches 375 degrees F, increase the heat to high and add the battered fish to the oil with the tongs, gently shaking off any excess flour. Fry, stirring occasionally, until golden brown, 7 to 8 minutes. Transfer the fish to a thick paper bag or paper towels to drain. Allow the oil to return to 375 degrees.

6. Add all of the fries back to the oil and fry until golden brown and crisp, 3 to 5 minutes. Transfer to a fresh paper bag or paper towels to drain. Season the fries with salt to taste and serve immediately with the fish.

65 thoughts on “Fish and Chips”