It’s that time of year again.

Even though I live on the West Coast and the seasons don’t really ‘change’ here, late September is the time of year that I finally start to accept that autumn is upon us and that I can and should start baking those autumn flavored foods. 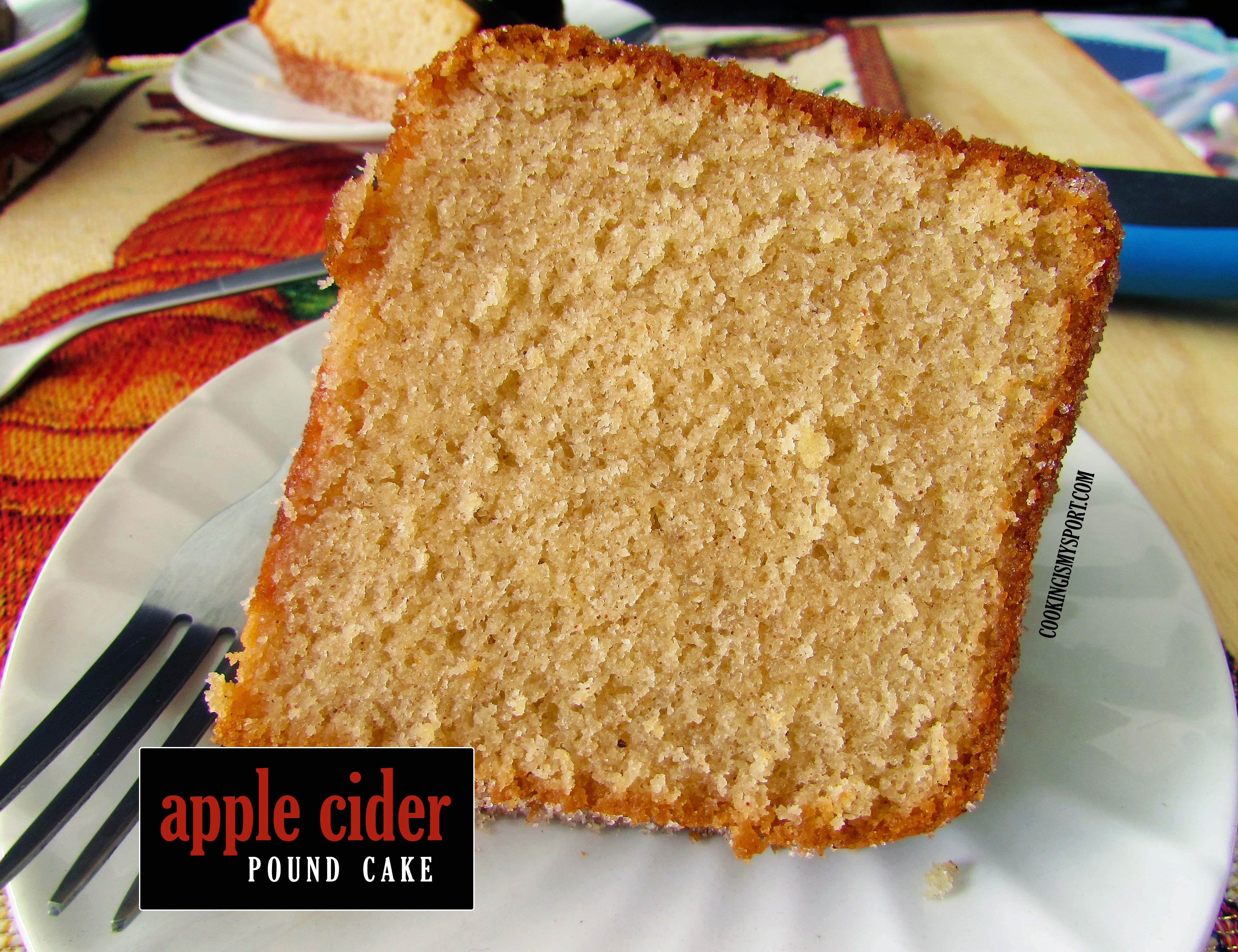 It’s not that I think 30 is old, but it feels weird that I’ve reached it. I have literally no idea where the last decade went. It’s been a whole lot of change and transition. I can honestly say I never would foresaw any of it. But I am grateful. My 20s were…something lol. I’m looking forward to 30 hitting much differently. 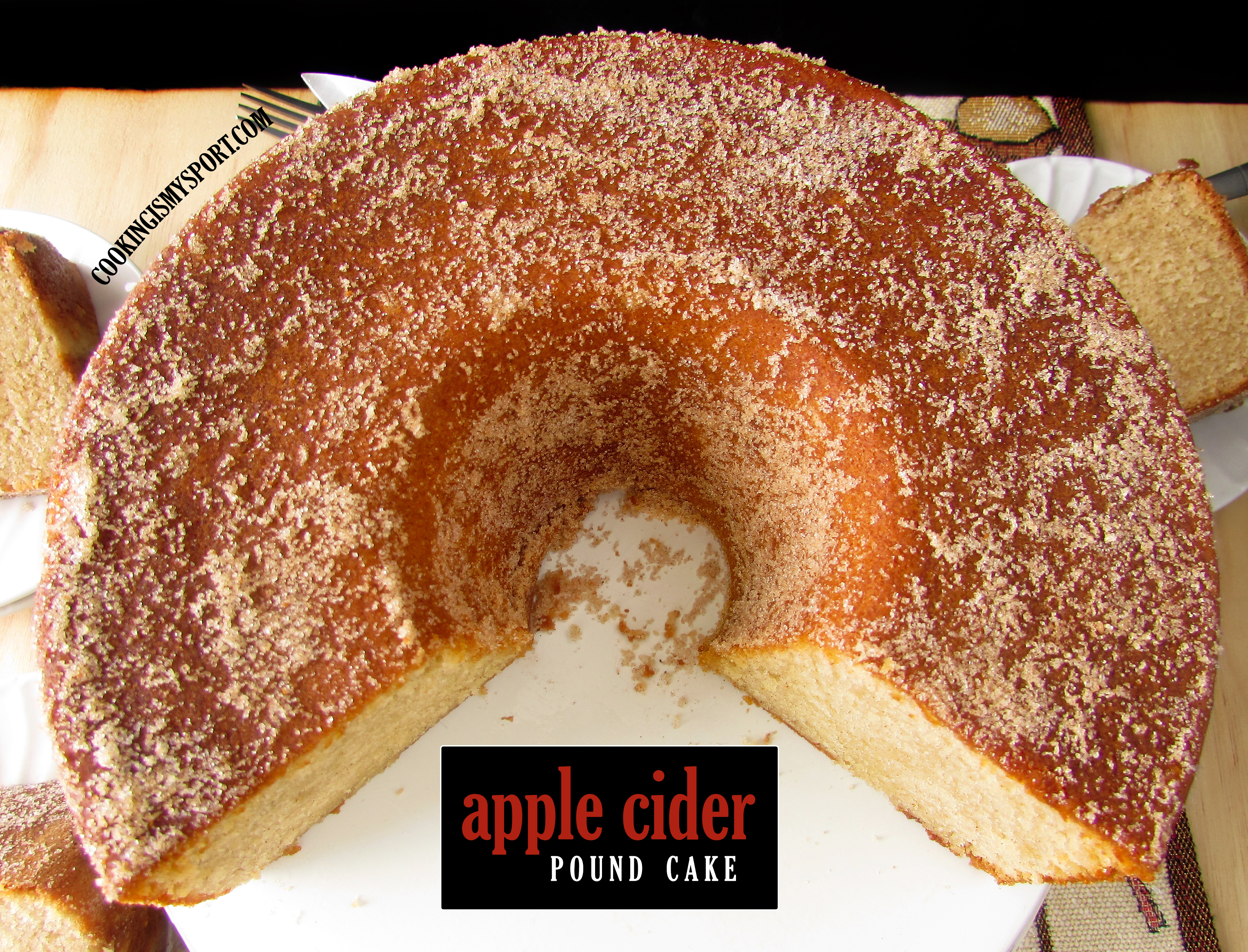 My birthday usually passes by without very much fanfare. But for the past few years, I have given myself a tradition/present of baking myself a birthday cake. I had a little less time this year to go all out than I did last year, but I still wanted my cake, so I just went with something nice and easy–but still delicious. 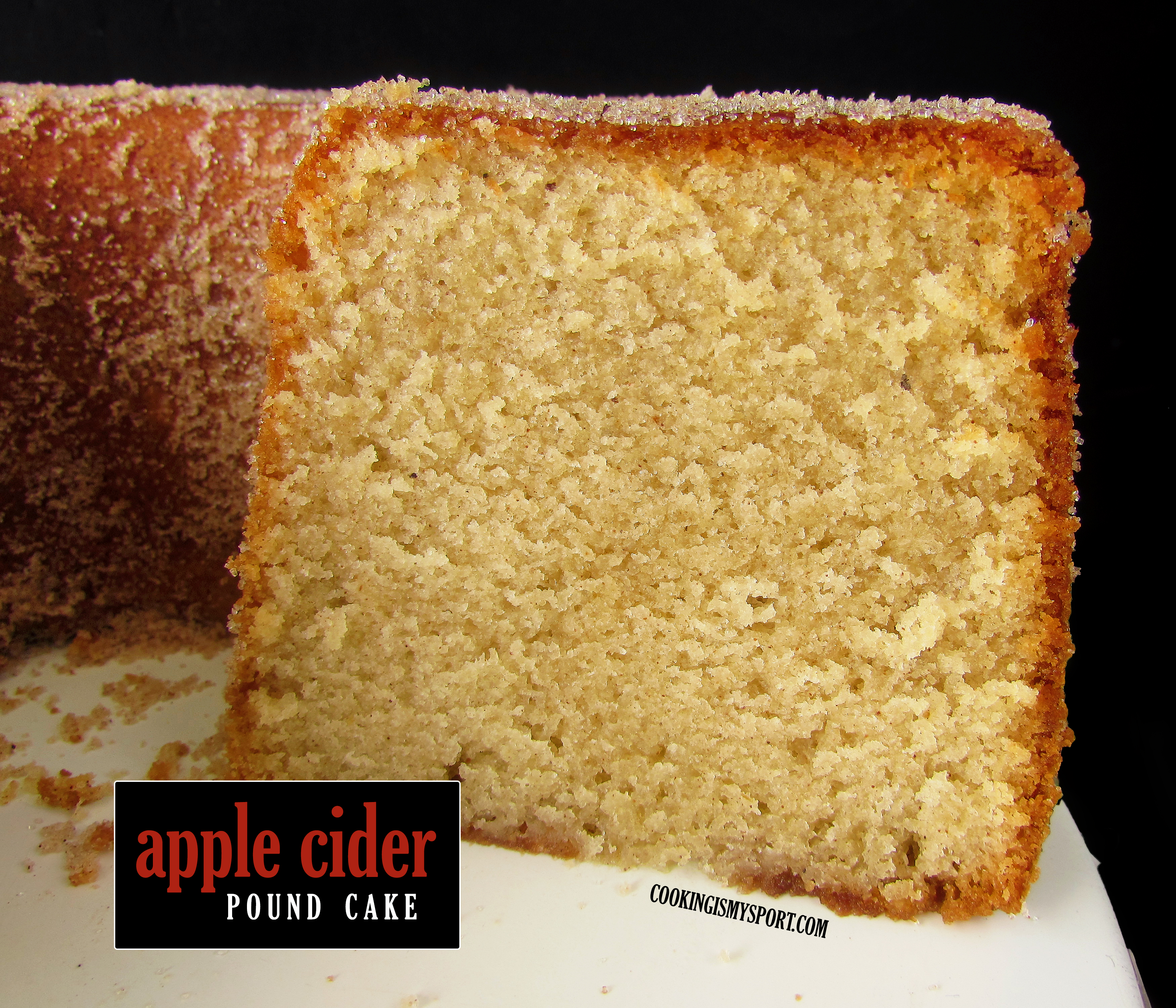 If there’s one thing that autumn put me in the mind of and the mood to have, it’s apple cider. I’m a Midwestern girl, so cider mills, cider and apple cider donuts and the like are a huge part of my childhood. It feels weird if I go without them. This year for my 30th birthday on the West coast, I thought I would give myself a present that would remind me of the Midwest. 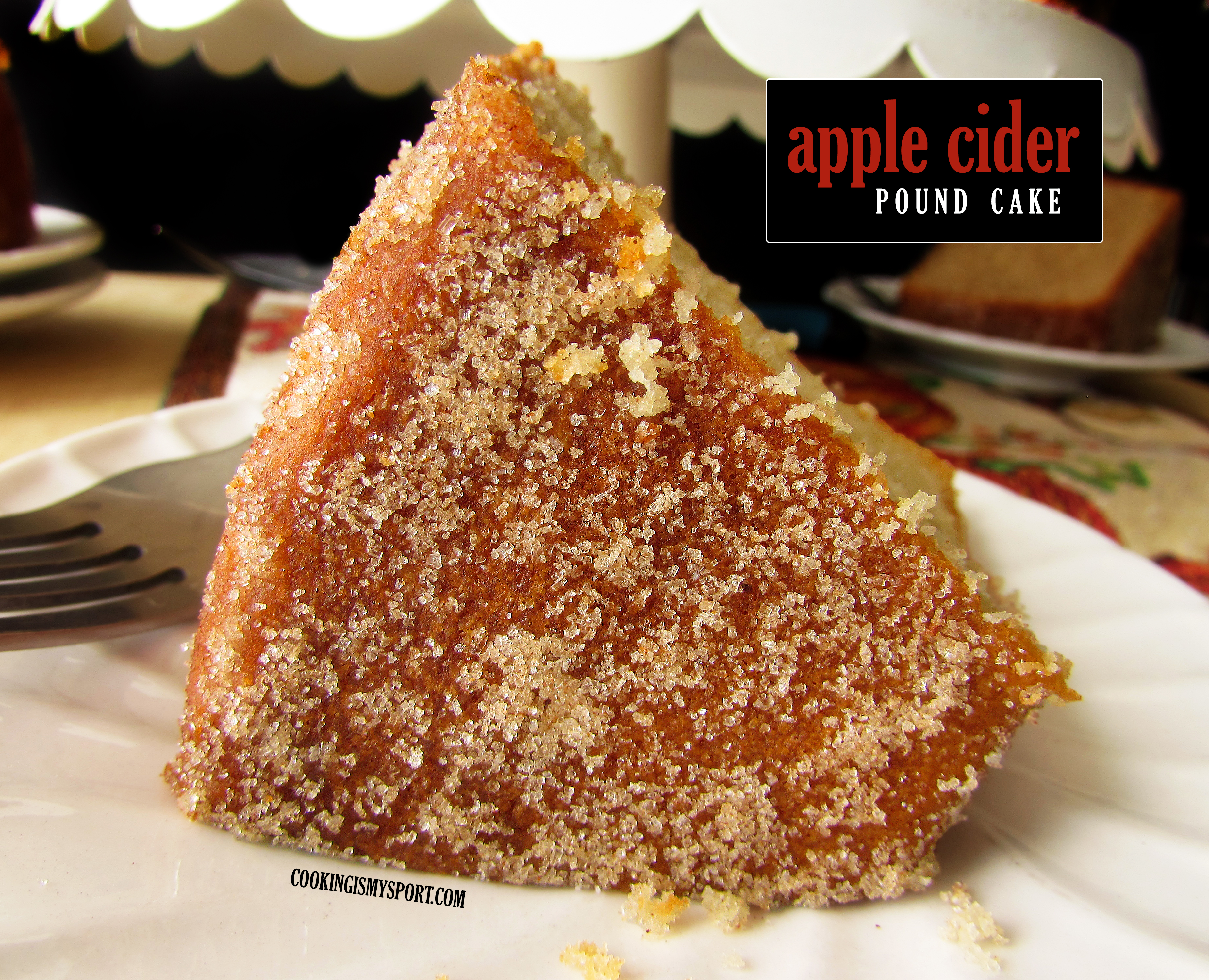 If you’ve been following this blog for a while, you’ve seen that I have a huge interest in making a bunch of variations on pound cake. It’s a Blank Canvas recipe; wonderful on its own, even better the more flavor variations you can give to it. 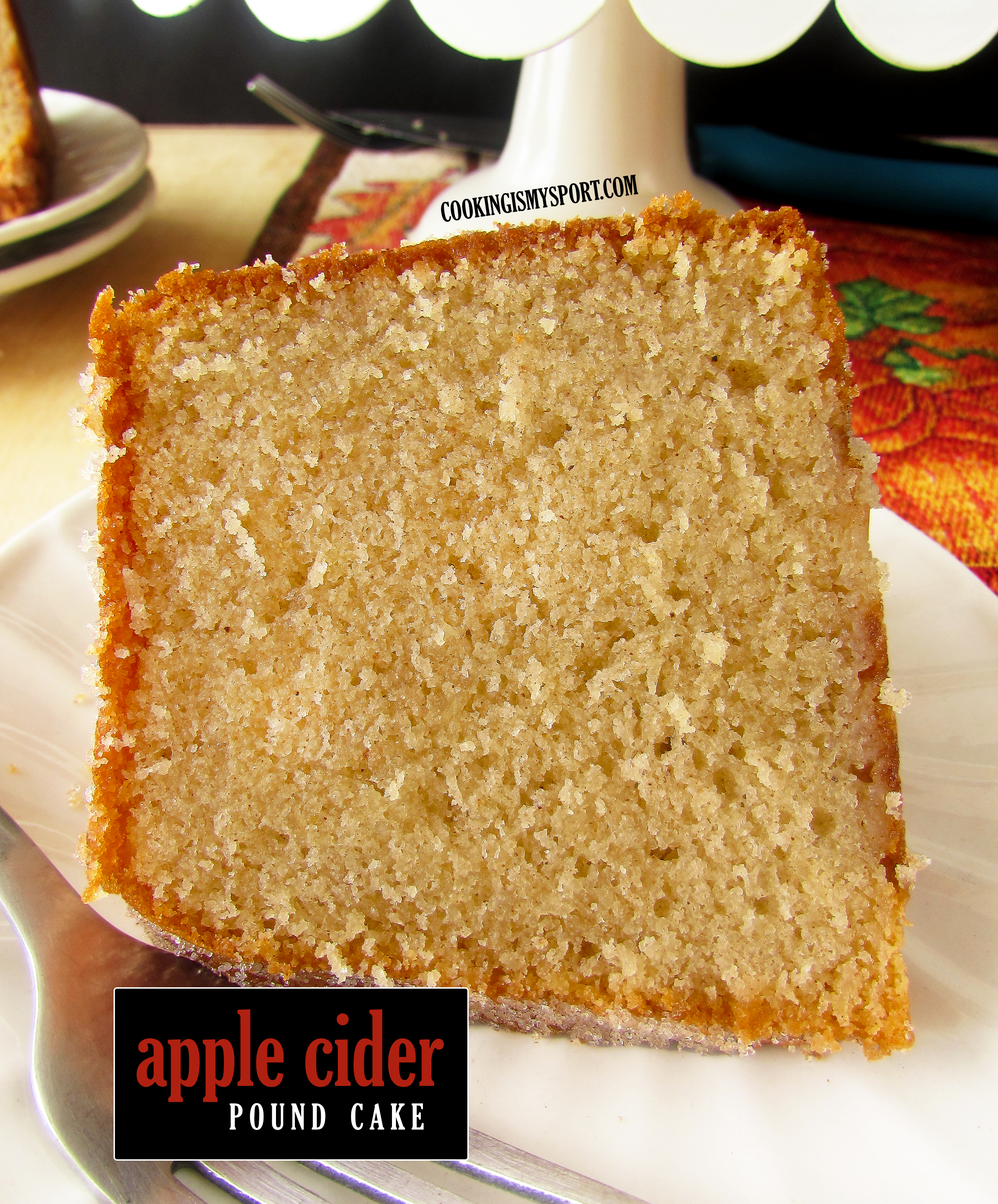 This pound cake is flavored with all of the autumn spices, as well as one full cup of apple cider. The smells alone while it baked reminded me of being back in the Midwest. After it finished baking, I rubbed it with a cinnamon sugar coating. It’s that cinnamon sugar coating that really made me feel as though I was biting into a denser, richer apple cider donut. It’s truly delicious.

Happy autumn to all, and Happy 30th to me.

In a medium size bowl combine the flour, spices, salt and baking powder and stir together with a fork. Set aside. Combine the apple cider with the vanilla extract in a small bowl, set aside.

In the bowl of a standing mixer, or using a large bowl and a hand-held one, cream together the butter and flour until light and fluffy. Add the eggs one at a time, mixing until just combined and scraping down the sides of the bowl with a spatula in between.

Add the flour and the apple cider mixtures alternately the the egg-butter mixture. Start and end with the flour mixture, mixing until just combined.

Pour and spread the batter in the bundt pan. Lift and tap the pan against the countertop a couple of times in order to prevent air bubbles while baking. Place the bundt pan on a sheet pan.

Bake on the middle rack of the oven, for about 50-65 minutes until a toothpick inserted in the center comes out clean. (Mine baked fast, so check it early, especially if you have a gas stove) Cakes are done at an inner temp of 195F-200F.

Cool cake completely for about one hour before serving with whipped cream or ice cream.

Linking to Fiesta Friday #295, co-hosted this week by the wonderful Mollie @ Frugal Hausfrau.