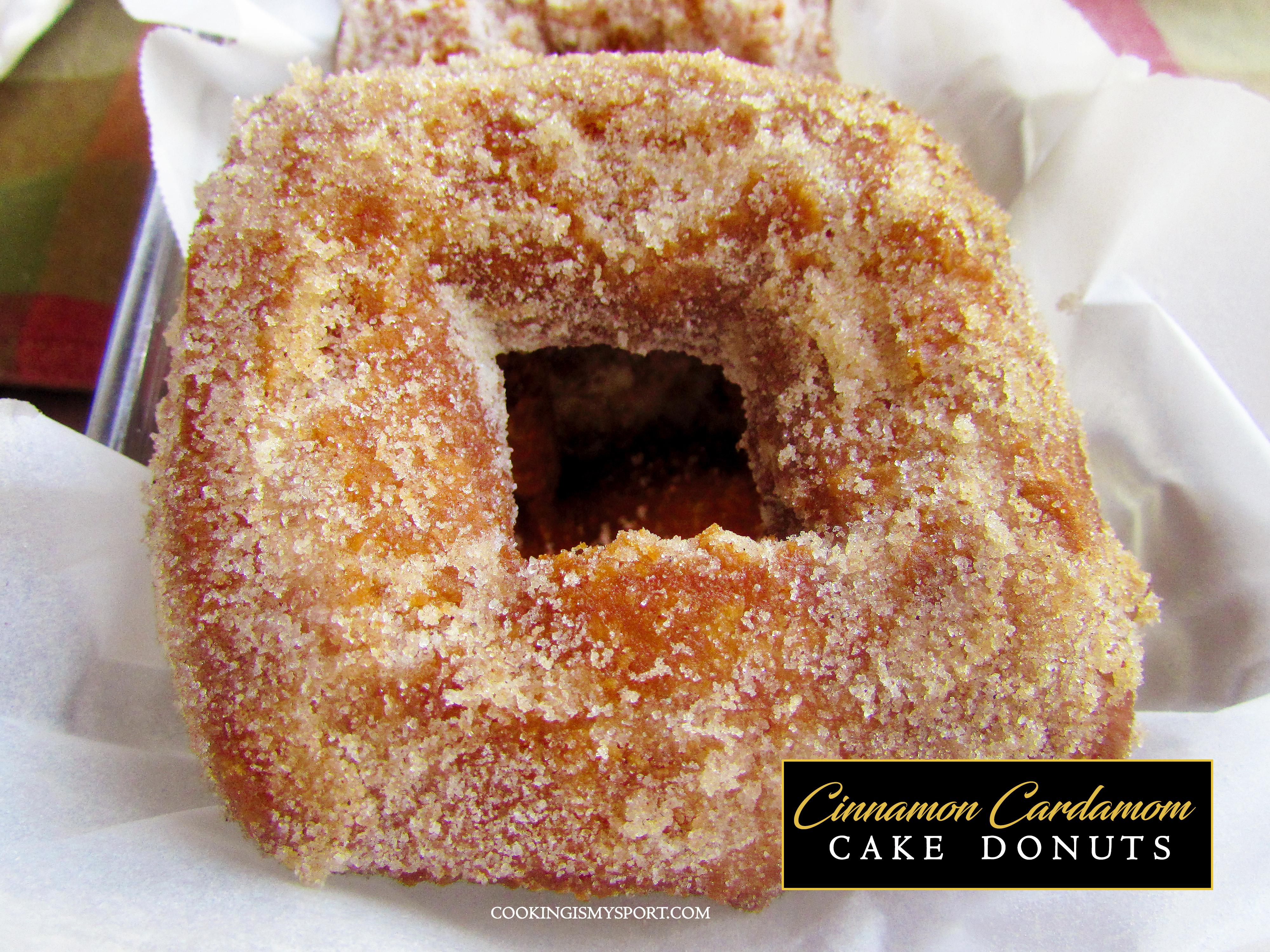 I think that it’s pretty safe to say that all of us love donuts/doughnuts, right?

If you don’t then you may as well stop reading because this post (as well as next week’s) aren’t really for you. This is for all of us who love donuts/doughnuts.

Why did I give it two spellings? Is there a difference between donuts and doughnuts? I’m not sure if there’s an actual technical difference in the terms, but I do know how *I* personally distinguish the difference. 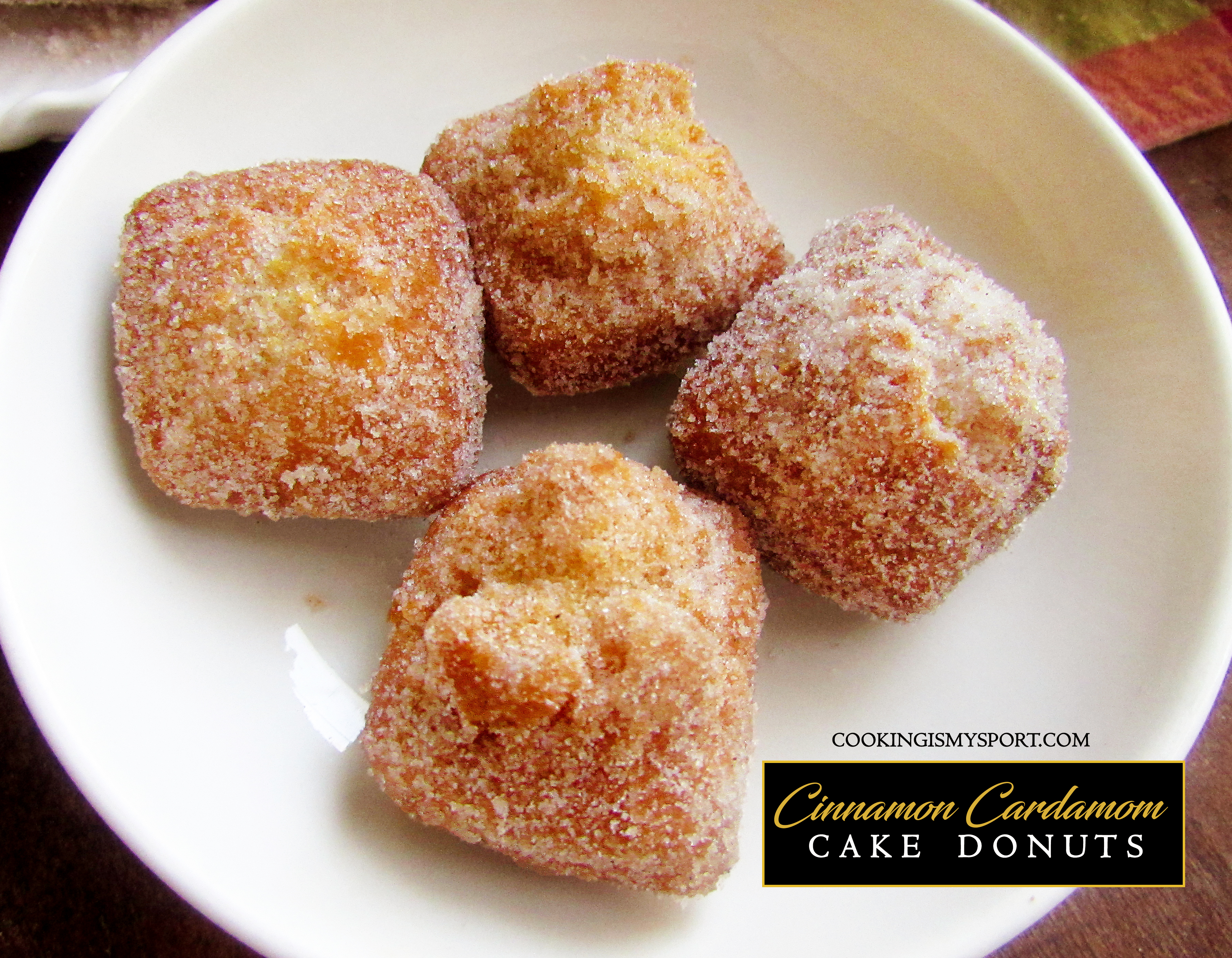 For me, it really just comes down to the method/ingredients. When I think of ‘Donuts’, I think about the method that does not include yeast. ‘Doughnuts’ do include the yeast in the dough. Don’t ask me why this is. Both donuts and doughnuts create ‘doughs’, but my mind just automatically associates the yeast with the ‘dough’, so there it is. 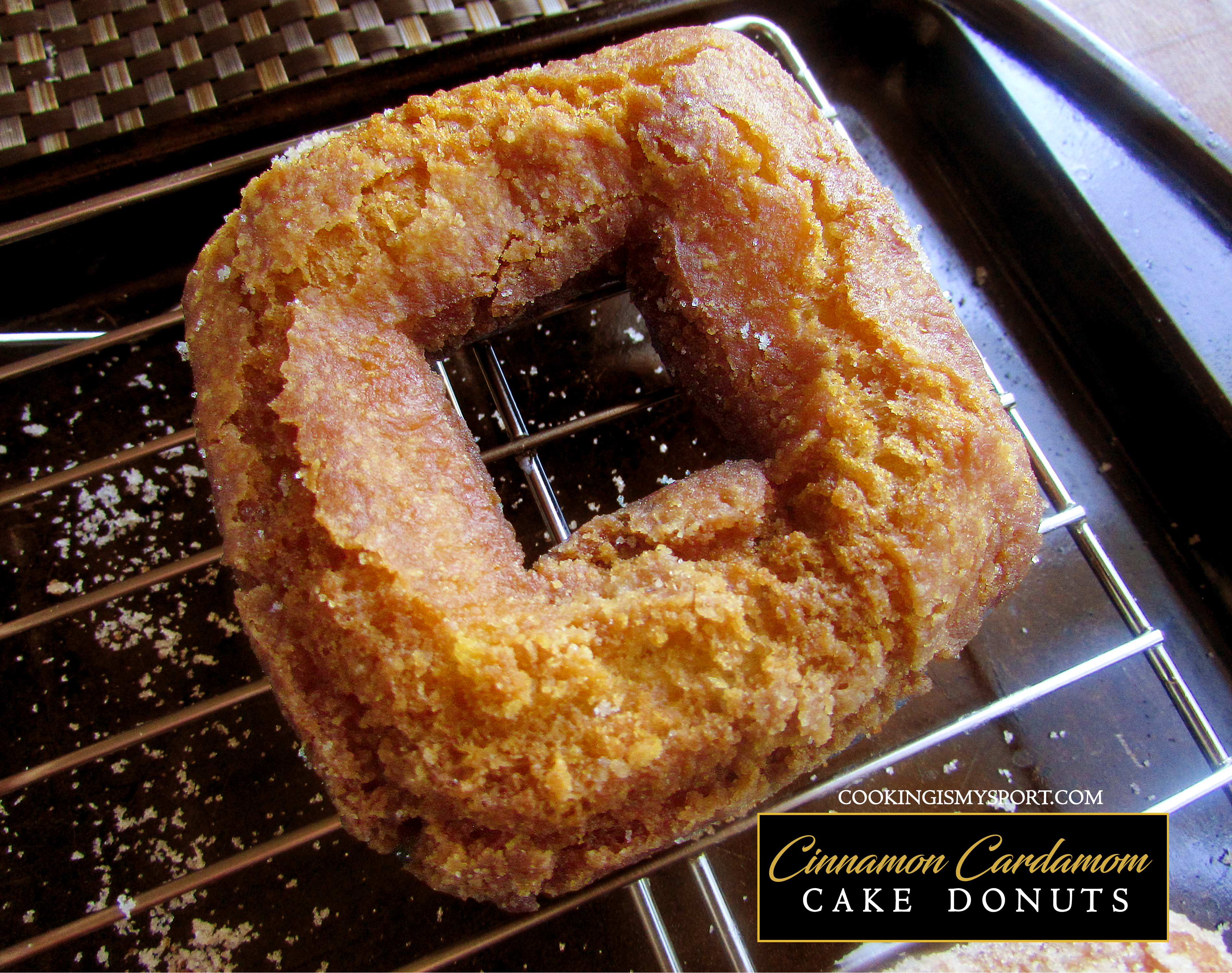 A few weeks back, my niece was asking me if we could make doughnuts together. Because I like giving her what she wants and because it had been a while since I’d made doughnuts myself, I decided to make a day long project of it. She couldn’t decide which one she wanted, so we ended up making two different kinds–Cake Donuts AND Yeast Doughnuts. Cake Donuts will be today’s post. (Yeast Doughnuts will be next week’s, so stay tuned for that.) 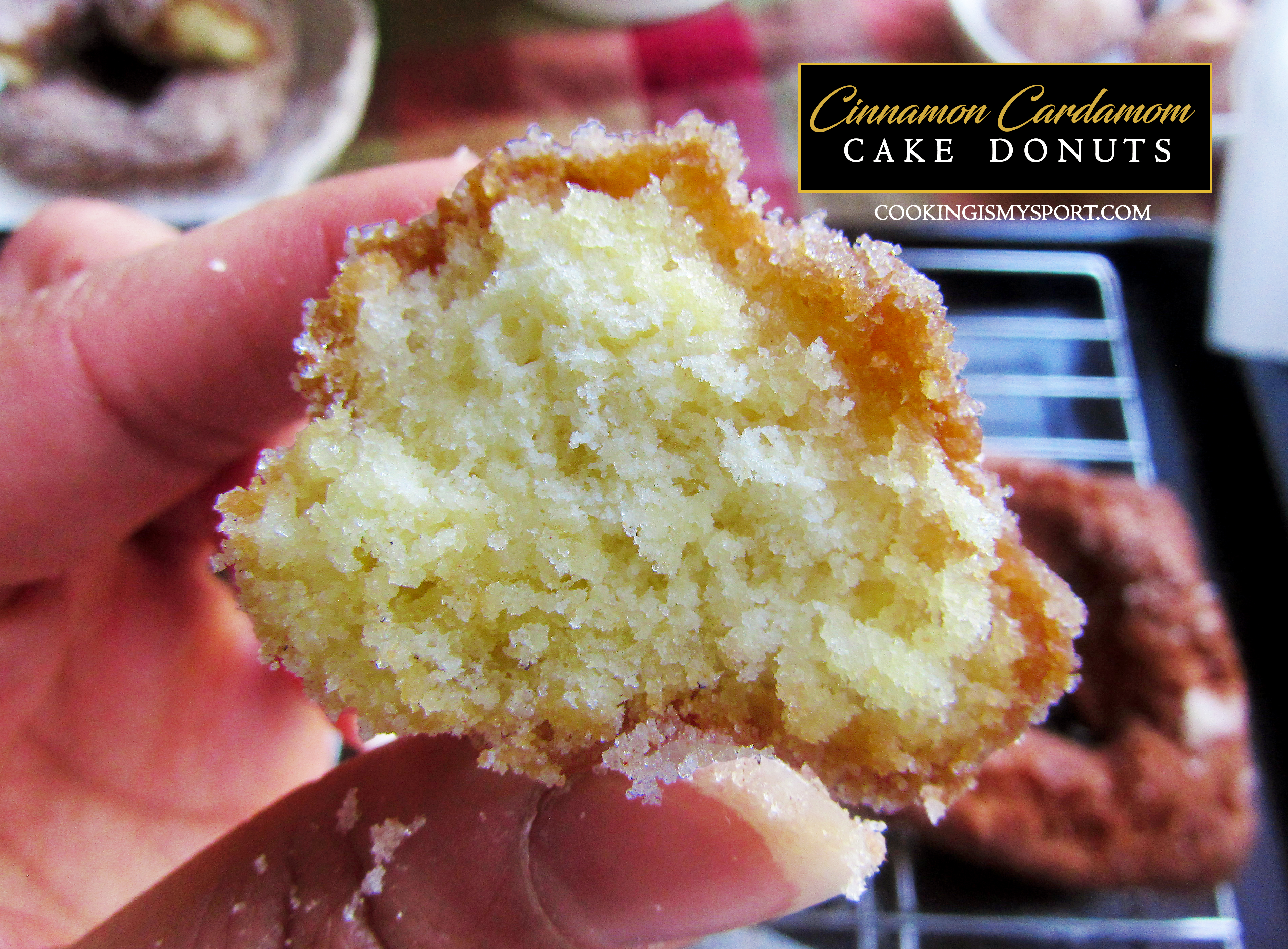 Cake donuts are a tad bit easier than yeast doughnuts to make since you don’t have to worry about dealing with yeast and rising times. I already described the interior as dense and cakey, while the outside is rough and craggy–this is perfect for catching up whatever topping you choose to put on them, whether it’s icing or sugar. The dough itself for these is flavored with lemon and vanilla. The cinnamon sugar topping I flavored with both cinnamon and cardamom, just to give it an extra spicy note to complement the sweet. In short, these were great. The sugary topping gave a nice crunch to the soft inside and the flavors were spot on. I really wouldn’t change a thing.

In a medium size bowl, combine the buttermilk, melted butter, egg yolks and vanilla extract with a fork. Set aside.

In the bowl of a standing mixer fitted with the paddle attachment, combine the flour, sugar, baking powder, baking soda, salt and lemon zest. Add the beaten egg and mix on low for a few seconds. Add the buttermilk mixture and mix until just combined into a stiffish dough.

Towards the end of the refrigeration, heat 1 1/2-2 inches of oil in a heavy bottomed pot to 350°. Prepare 2 sheet pans; one lined with paper towels and the other with a piece of foil on the bottom and a baking rack on top. In a shallow dish, combine all the ingredients for the cinnamon cardamom sugar together with a fork. Keep the dish near your frying station.

Fry the donuts in batches (don’t crowd the pot, no more than 3 at a time) until golden brown, 1-2 minutes per side. Drain on the paper towel lined baking sheet. While the donuts are still warm (but not piping hot) toss them in the cinnamon cardamom sugar and place them on the baking rack lined sheet pan. Eat immediately, or store for up to 2 days.