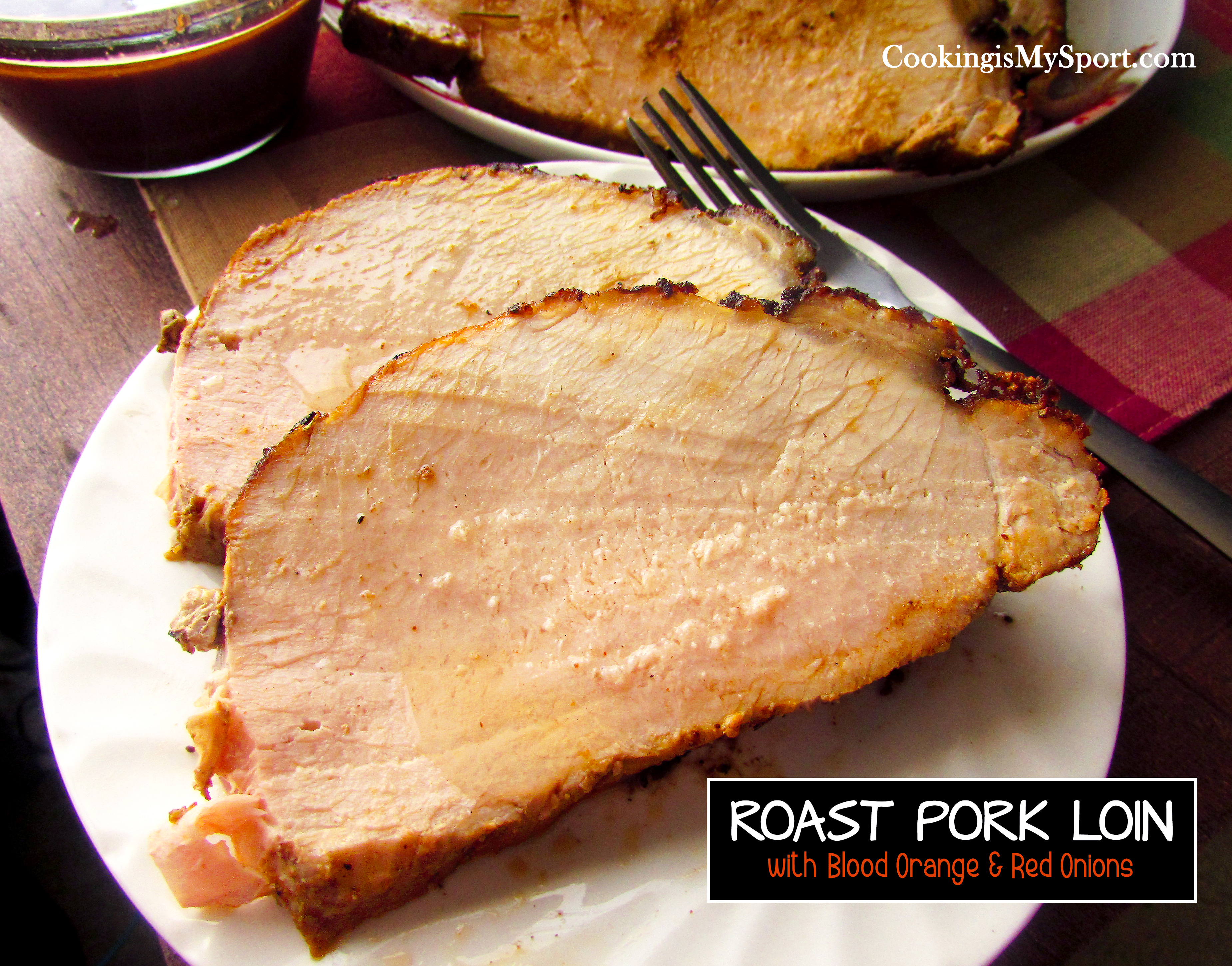 When I still lived back in Michigan, there were two places that I lived without that have now become a rather significant part of my grocery shopping/cooking experience:

My hometown doesn’t have a Trader Joe’s and up until a few MONTHS before I moved, it didn’t have a Whole Foods either. Now that I’ve lived on the West coast for nearly a year (whoa, canNOT believe it’s been that long already),  I really don’t know how I did without them–especially Trader Joe’s. 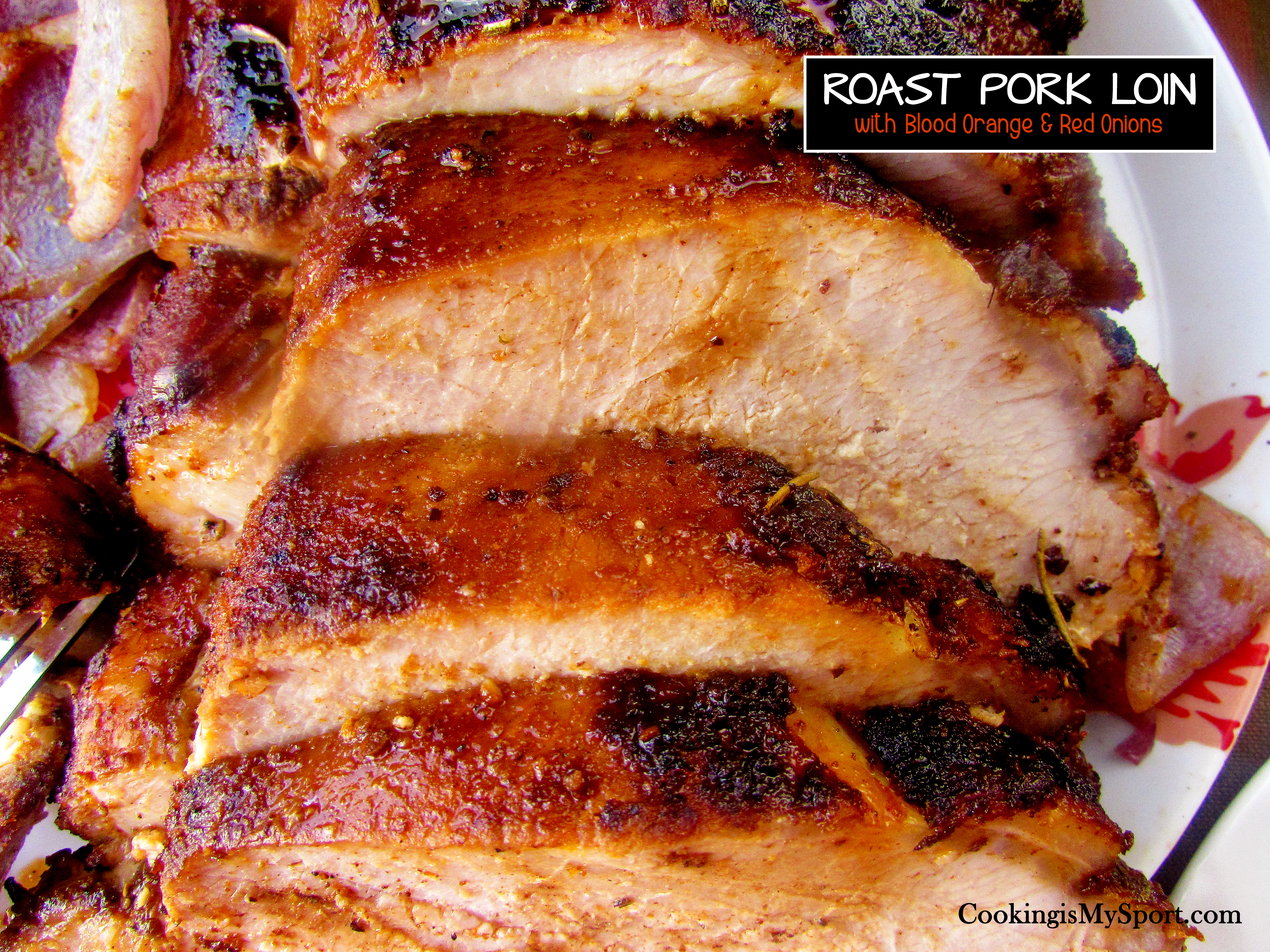 In the first place TJ’s brand of foods is pretty awesome; I highly recommend their hummus, cauliflower rice, ginger snaps, vanilla wafers, and of course, the friggin cookie butter. In the second, the produce you get from there (even when it’s non-organic) I’ve just found to taste A LOT better than the produce you can get in regular grocery stores. The difference is absolutely worth splitting our grocery runs into multiple places to get the produce there and everything else at Target or the like. 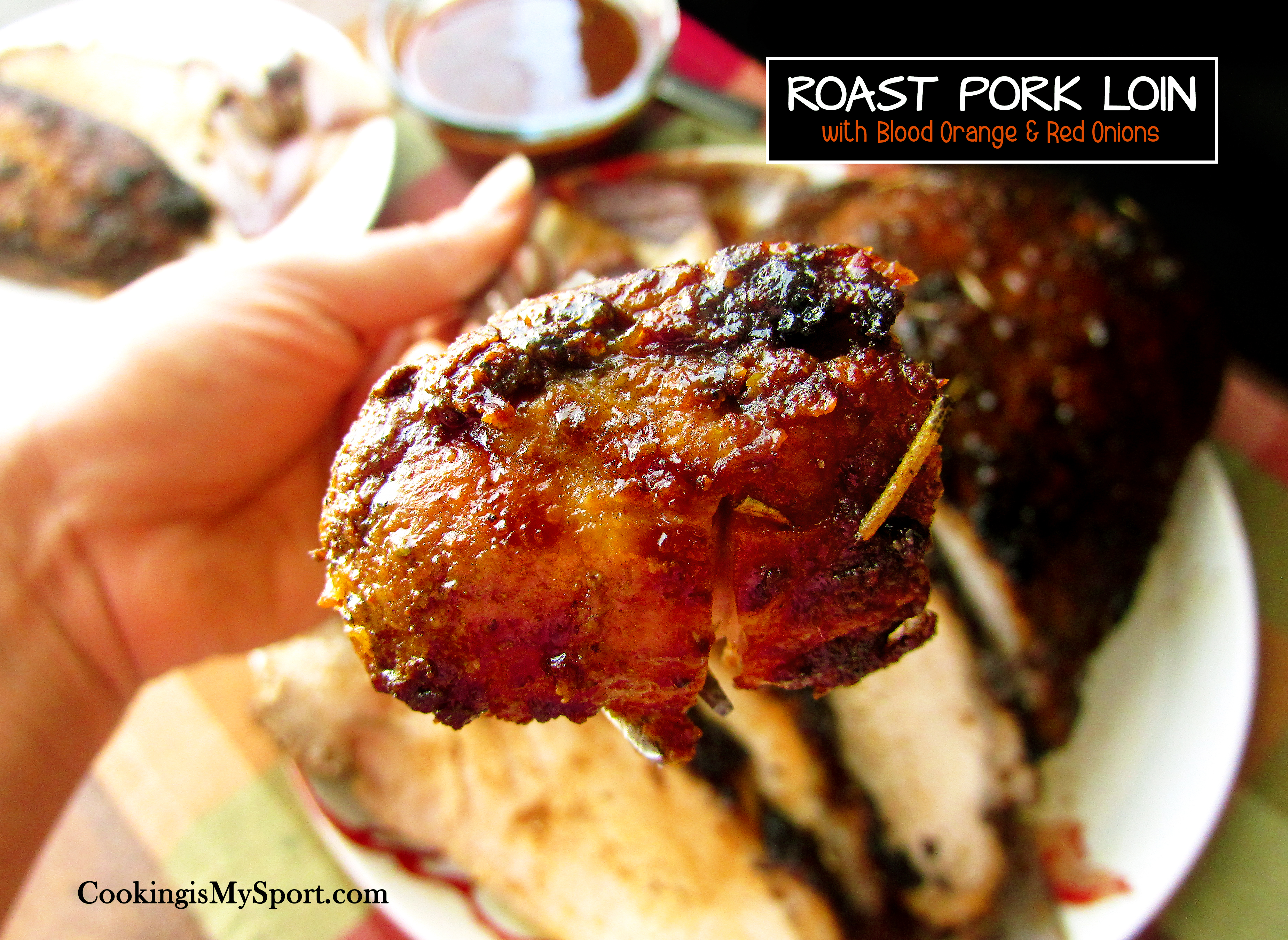 My newfound love of Whole Foods has come because of my discovery that they sell certain ingredients that I previously had never seen in grocery stores in the Mitten. I know that the ‘Whole Foods Whole Paycheck’ jokes are gonna flow, but I will also say that they have a bulk spice assortment that is pretty inexpensive; especially when you’ve walked down a spice aisle and seen a 4 oz jar of a spice that can run anywhere between $6-14. (I wish I was kidding, but my fellow cooks know I’m dead serious).

One of the ingredients that I’ve since found in Whole Foods, and is extremely relevant to today’s post is the blood orange. 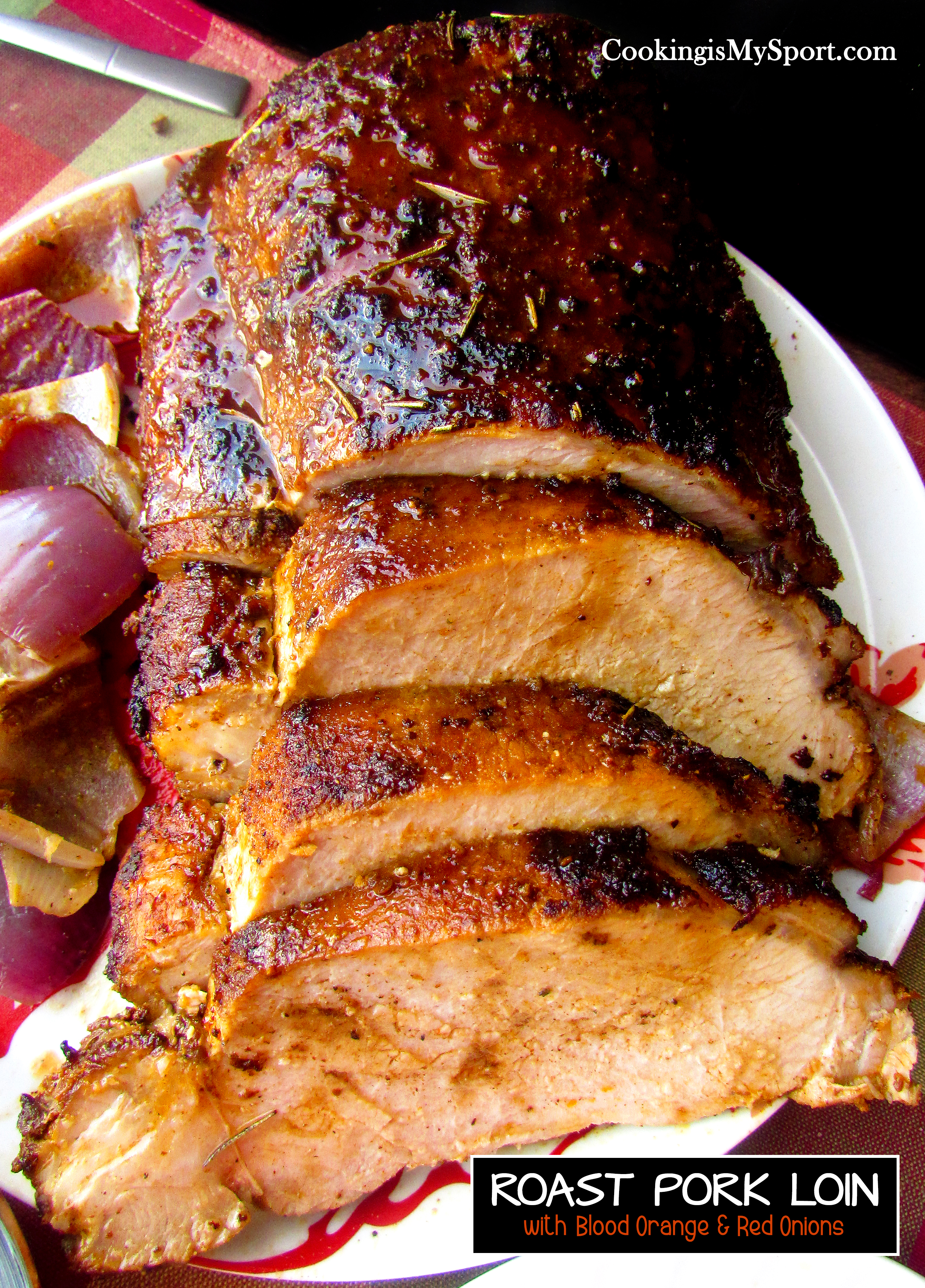 Don’t freak out. This has nothing to do with blood. The blood orange is a variety of the orange citrus fruit and is so called because whereas the inner flesh/pulp of the orange is…orange, blood orange inner flesh is a dark crimson red–y’know, like blood. The flavor is also far more intense; I would describe the taste like a VERY tart raspberry or an extremely sweet, slightly less bitter grapefruit. I first heard of blood orange from watching an episode of Iron Chef America several years ago, and the mystery ingredient(s) used in the battle were an assortment of conventional and unconventional citrus fruits. One of the chefs used blood oranges in their dishes and I was intrigued as to how the sweet fruit would work in a savory dish. 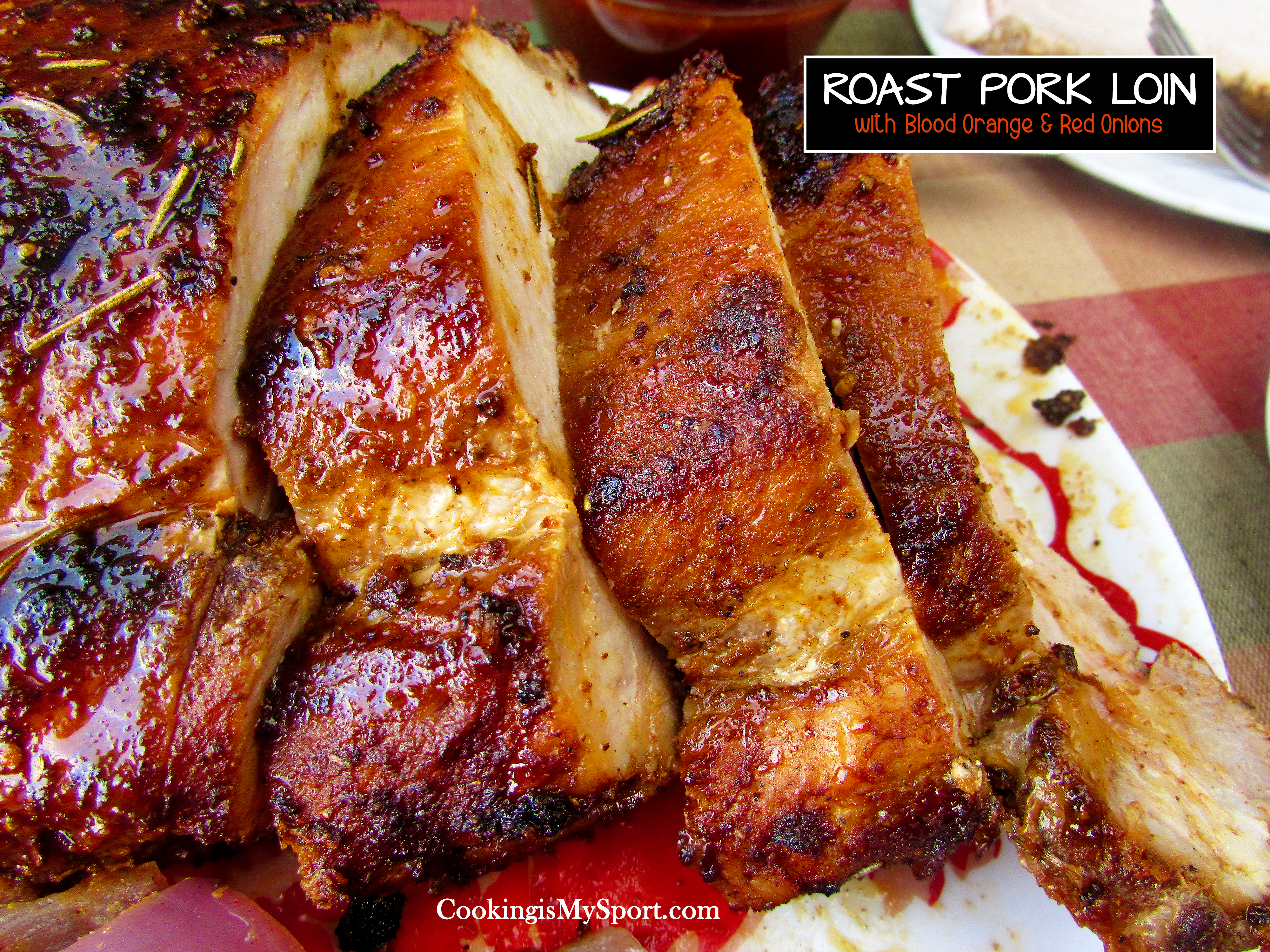 That curiosity stuck with me up until the day I was picking up some spices from Whole Foods and suddenly noticed that they had blood oranges in their produce section (because, of course they did). I remembered how I had always wanted to try them and decided to just go ahead and take a chance.

Pork loin is a very inexpensive cut of meat, and I know from past experience, including from other recipes on the blog, that quite a bit of fruits (like apples and peaches) pair wonderfully with it. For that reason I decided to let a pork loin roast with blood orange as the main flavor be my introduction to not only cooking with blood orange, but tasting it in general. 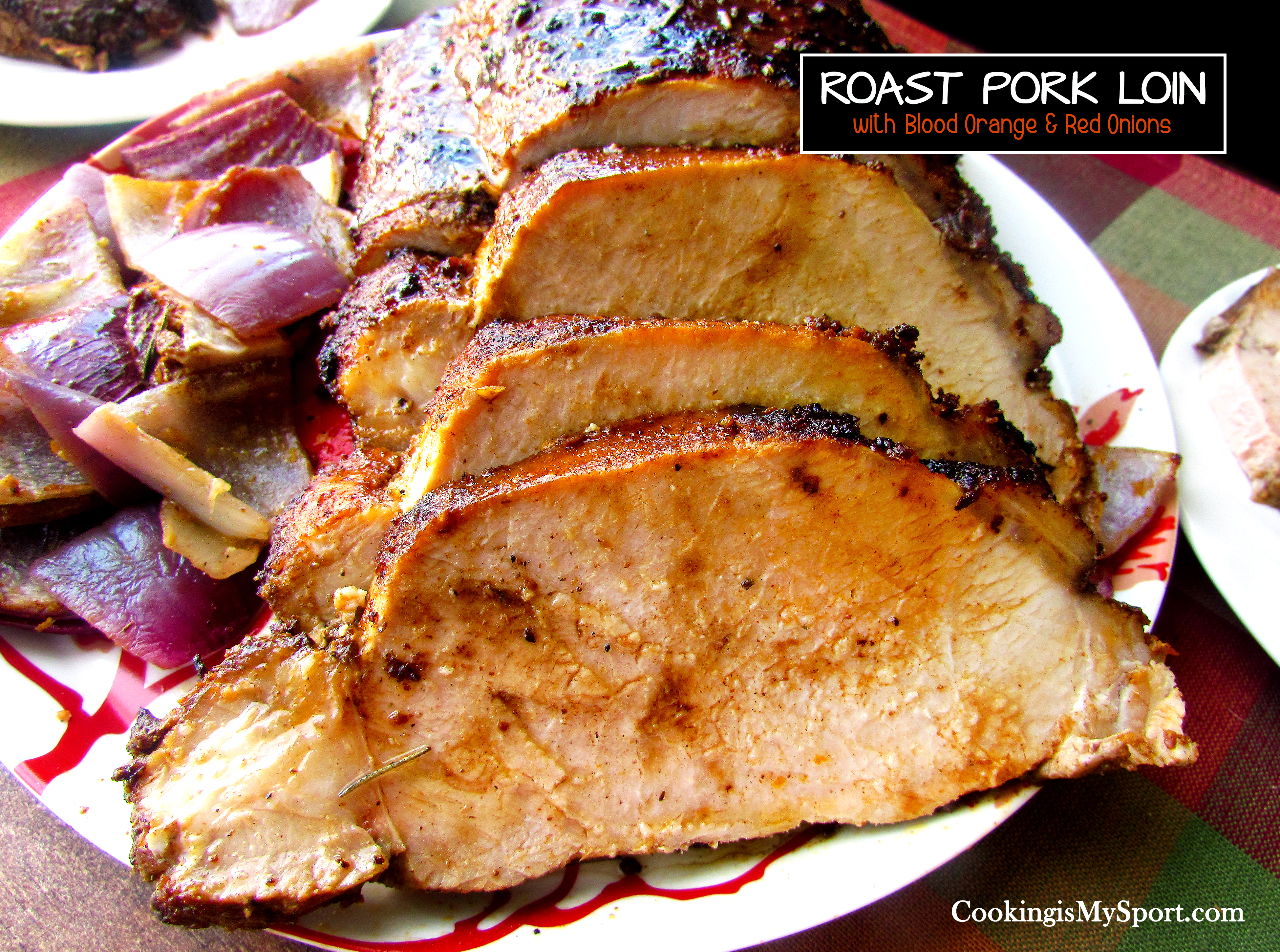 I love when my cooking curiosity pays off–especially when it means I get to share with you all.

I really enjoyed this. First, blood oranges are very tasty. I think I may even like their flavor a tad bit better than regular oranges. Second, combined with the right flavors, they absolutely do work in a savory dish, much like this one. The seasoning on the pork itself is balanced with the addition of fresh rosemary, sweet paprika, garlic and coriander to cut some of the sweetness of the blood orange. The sauce is my favorite part: it manages to still have that noticeable tartness from the blood orange, but also has a sweet and tangy flavor from the addition of white wine, Dijon mustard, among other ingredients. Put them together and you have an easy meal that you can brag about to your friends who til now may have never even heard of blood orange before themselves.

Sharing at the Fiesta Friday #181, co-hosted this week by CH @ Cooking From My Heart and Nimmi @ Adorable Life.

In a small bowl combine the oil, zest, juice, garlic, rosemary, coriander, sweet paprika, onion powder, brown sugar, salt and pepper. Mix until it forms a loose paste, then rub the paste over the pork loin evenly on both sides. Place in a Ziploc bag or a sealable plastic container and refrigerate at least 1 hour or preferably overnight.

Preheat the oven to 350°. Remove the pork from the fridge and allow to sit for 1 hour to come to room temp. Heat about one tablespoon of oil in the bottom of a Dutch oven or heavy pot over medium high heat. Sear the pork on both sides about 3-5 minutes per side until a browned crust forms.

Place a sheet of aluminum foil in the bottom of a roasting pan or sheet tray, then place a wire rack over that. Spray lightly with cooking spray then place the pork on top of the rack. Roast in the oven on the lower rack until a thermometer inserted into the middle reads 145°, about 1 hour and 10 minutes.

Meanwhile, make the sauce: combine the juice, white wine, golden raisins, sugar, honey, rosemary, fish sauce, Worcestershire sauce, salt and pepper, and 1 tablespoon of the Dijon mustard in a small saucepan and bring to a boil. Lower heat to a simmer and allow to reduce until syrupy and slightly thickened, about 30-35 minutes. Take off the heat and add the remaining mustard and the vinegar. Set aside until pork is ready.

Line another sheet pan with aluminum foil. Toss the onions with about 2 tablespoons of the sauce, then season with salt and pepper. Roast on the top rack until softened and just about to char, about 25 minutes. Set aside until pork is finished.

Allow the pork to rest for 10 minutes before slicing and serving with the sauce and red onions.