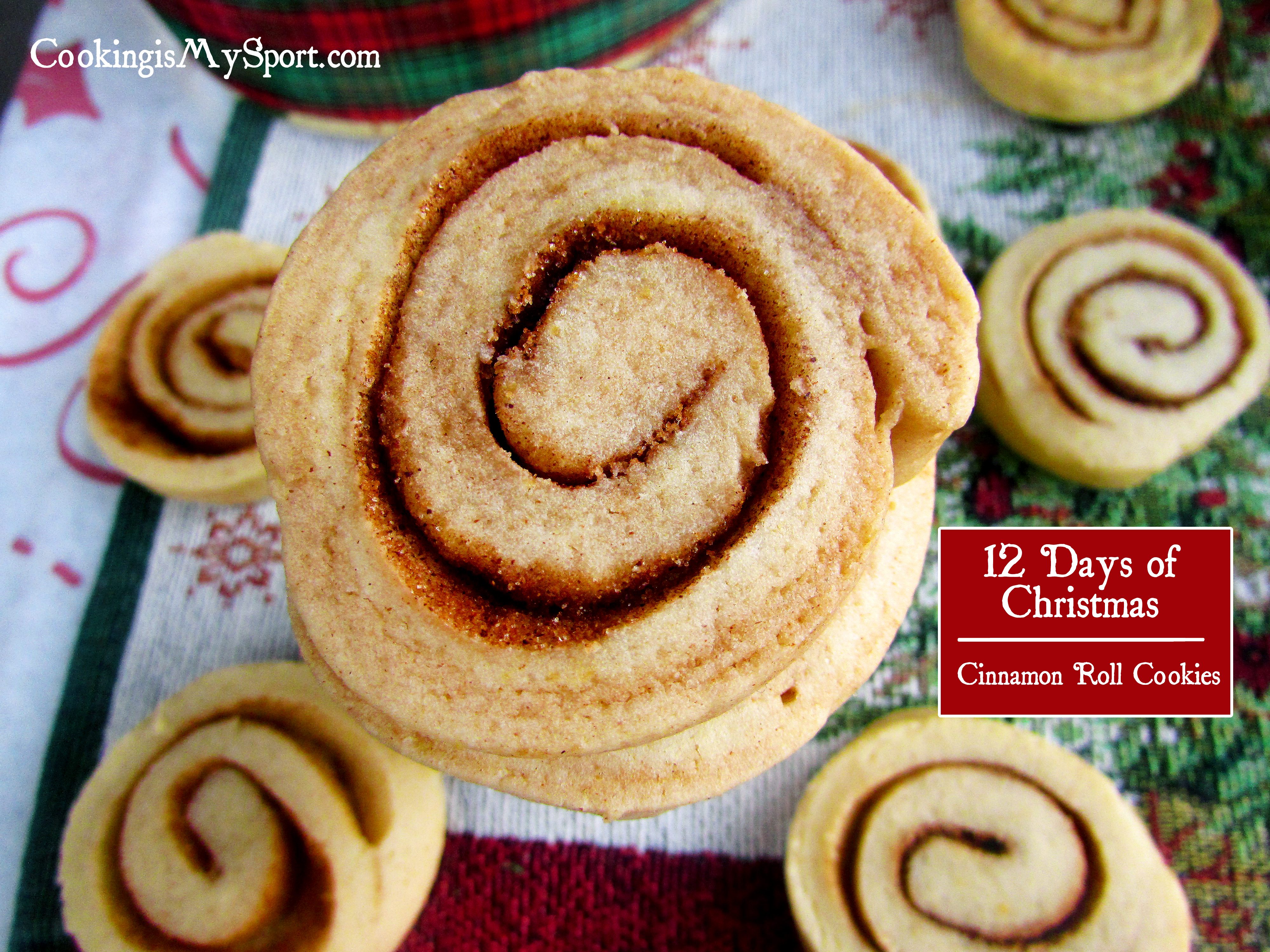 Its funny; I’ve made hundreds of holiday cookies, but I don’t think I’ve ever participated in an actual cookie swap. Not a single one.

You guys know what those are, right? Cookie swaps are sugar overload get-togethers where each of the attendants bakes up a large batch of cookies and brings them to share & ‘swap’ everyone else who’s brought their own recipe of cookies to the party. Everyone is supposed to bring a different type so that there’s as much variety as possible. Sometimes there will be recipe exchanges along with the cookies. Sometimes people will vote on which cookie at the swap is the best tasting. 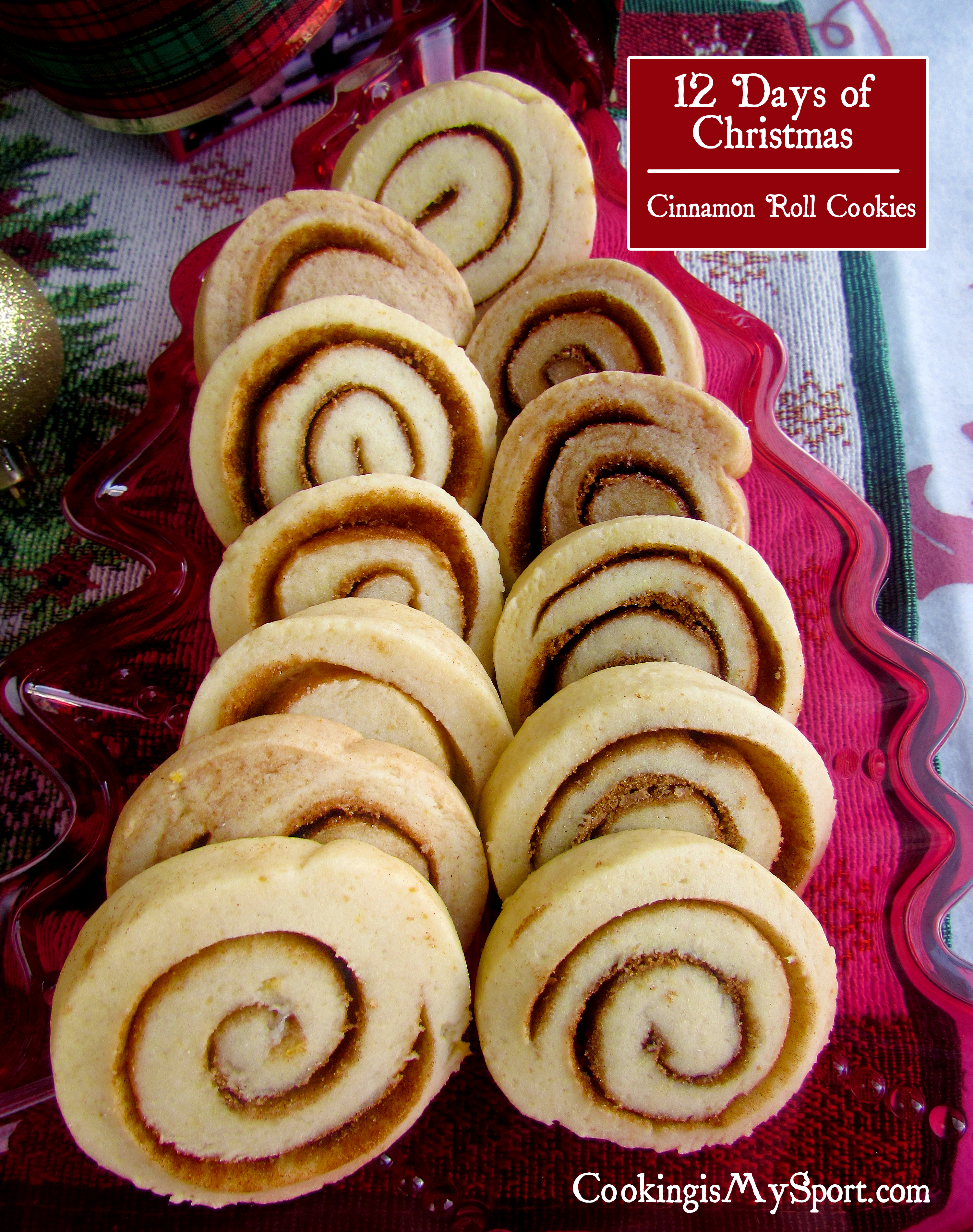 It’s probably just in my competitive nature but if I did actually go to a cookie swap, I would want MY cookies to be the favorite. If all of the cookies were laid out together on a platter, I’d want MINE to look the prettiest. I’d definitely have to win, which means that the cookies I took with me would A) Not only have to be delicious, but B) also be just as great to look at. 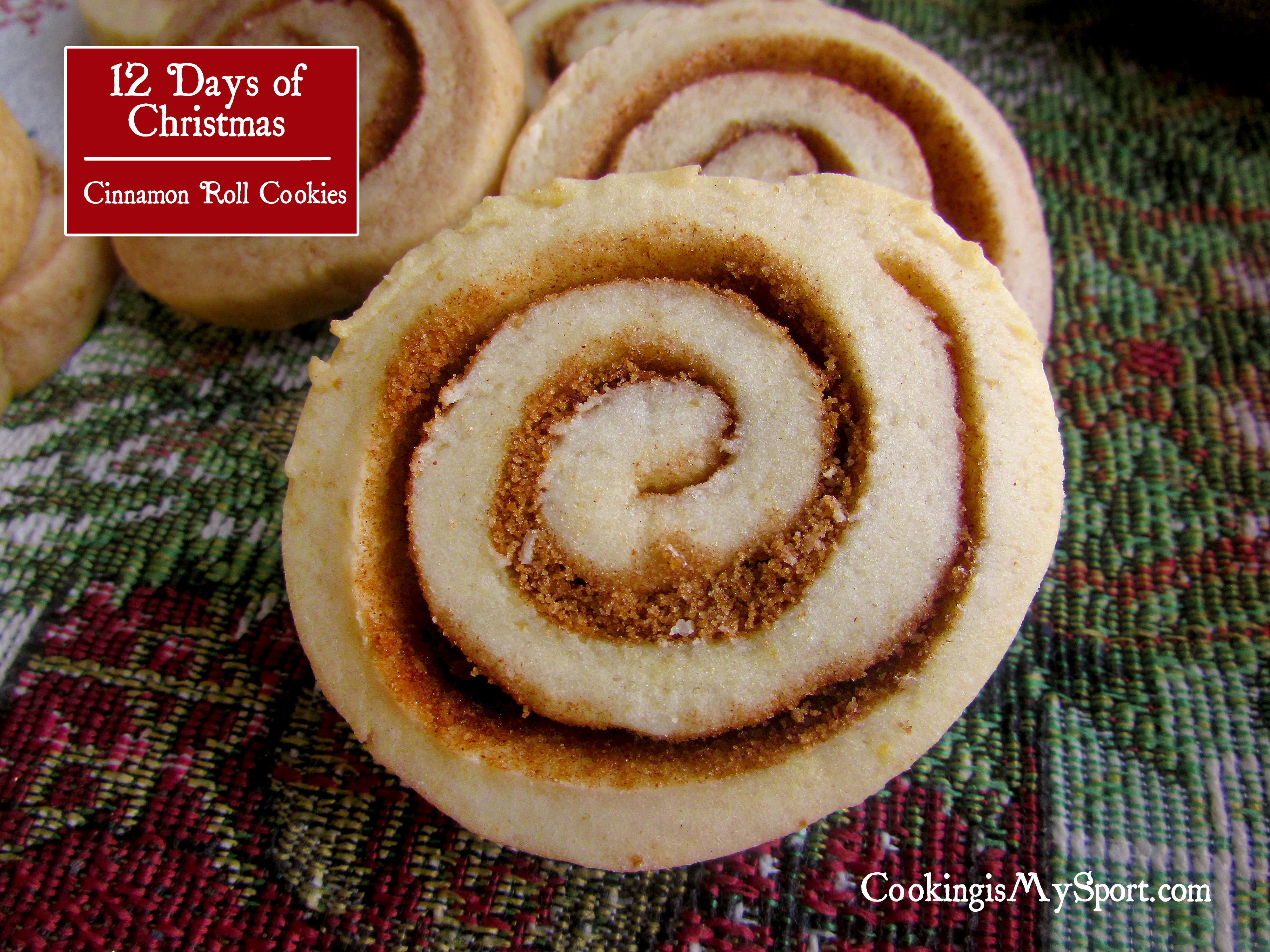 Having said all of that, I can guarantee that of all the cookies I’ve baked–and there have been many–if I had to choose one recipe to bake and bring to a cookie swap, this one right here would be it. No question.

It more than delivers in the taste department, the details of which we’ll get to in a second. But first, can we talk about the presentation? 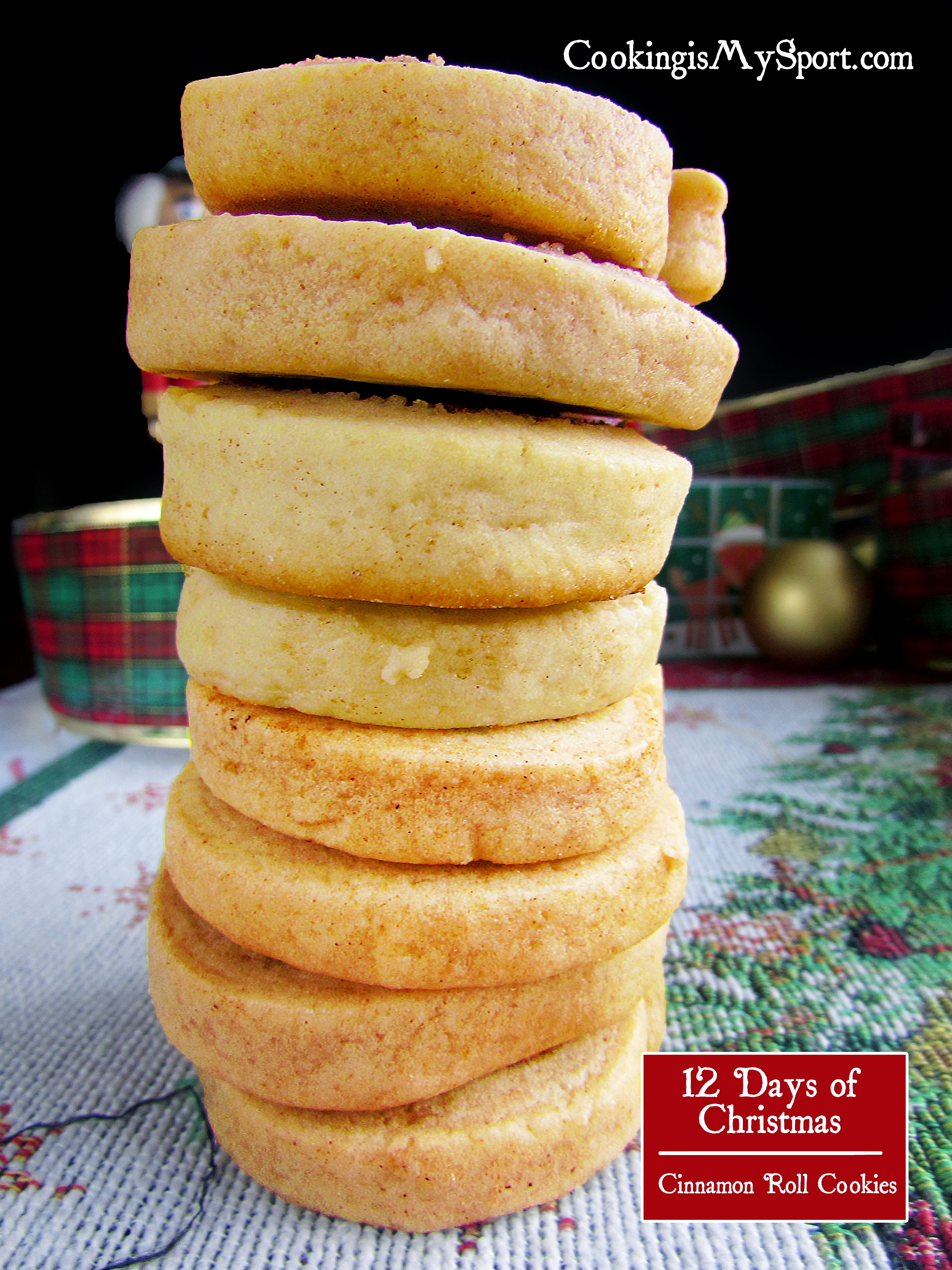 What we have here is a cream cheese buttery cookie dough that gets rolled out flat, sprinkled with cinnamon sugar then rolled up in a tight cylinder, cinnamon-roll style. Individual cookies are cut from the cylinders then baked until golden brown. The cookie’s texture is tender and slightly crisp; think somewhere in between a sandie and one of those butter cookies that come out of the blue tins. The orange zest in the dough gives a slight but pleasant citrusy after-taste to them that complements the cinnamon inside beautifully.

They’re really very delicious guys. They remind me of something that the Keebler company would mass produce and sell at Christmas.

Except Keebler didn’t make them. I did. And now you can too. 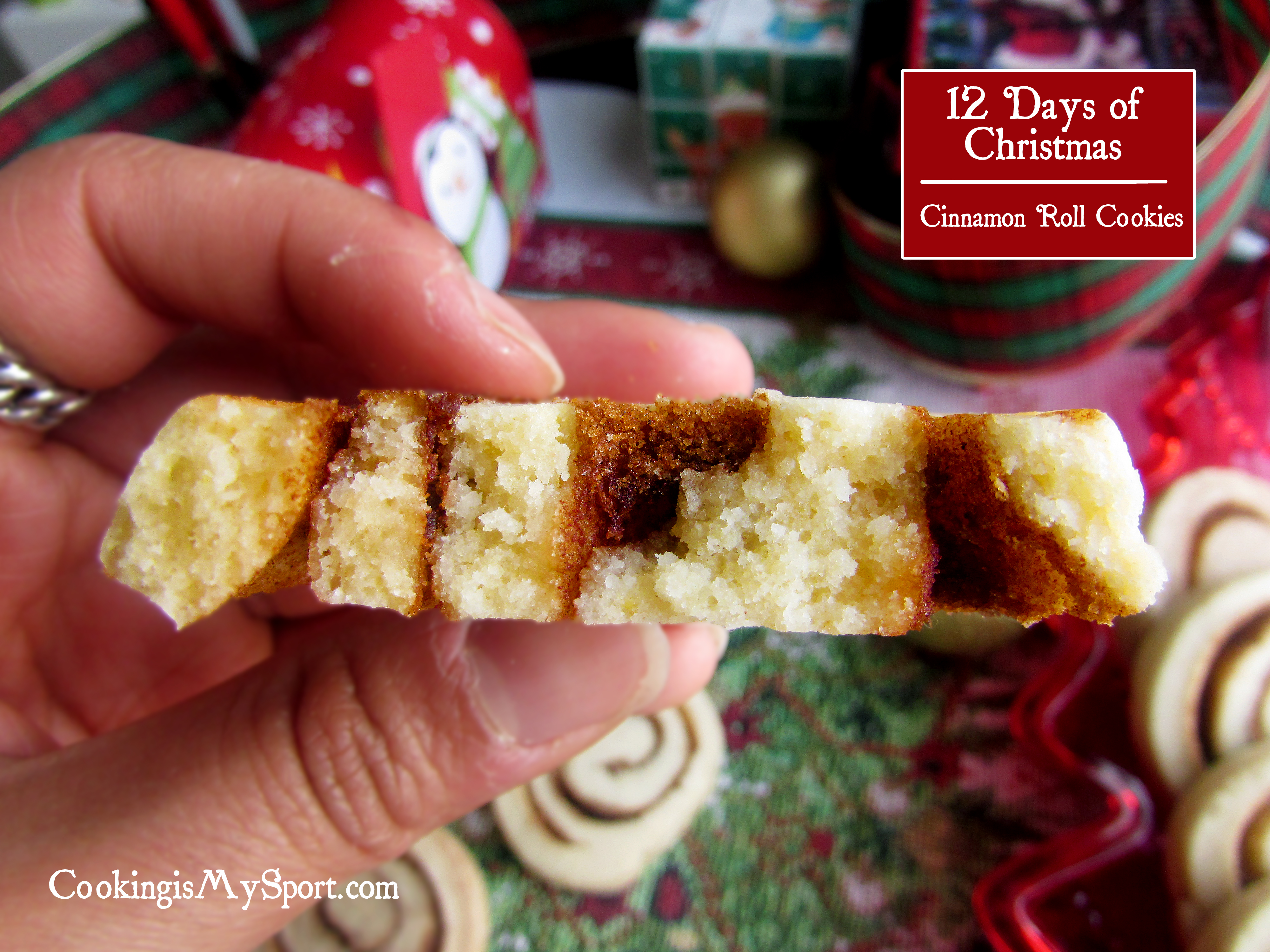 Before I even made this recipe, I knew that I was going to have a trial-error experience with it. They were just too pretty NOT to run into some technical difficulties. Fortunately for you guys, you get to find out how to make them without having to make the same mistakes I did. Following my clear and pretty straight forward instructions should make it so that there’s no reason why your cinnamon roll cookies won’t turn out exactly like the ones you see in the pictures.

I’d say that the most important step to nailing this recipe is making sure that your dough is the right temperature, especially before rolling it up into the cylinders that you cut into the individual cookies. When I first made these, my dough was still too soft; I didn’t give it enough time to chill in the freezer so it tore and broke apart AFTER I had already sprinkled with the cinnamon sugar and was attempting to roll it. 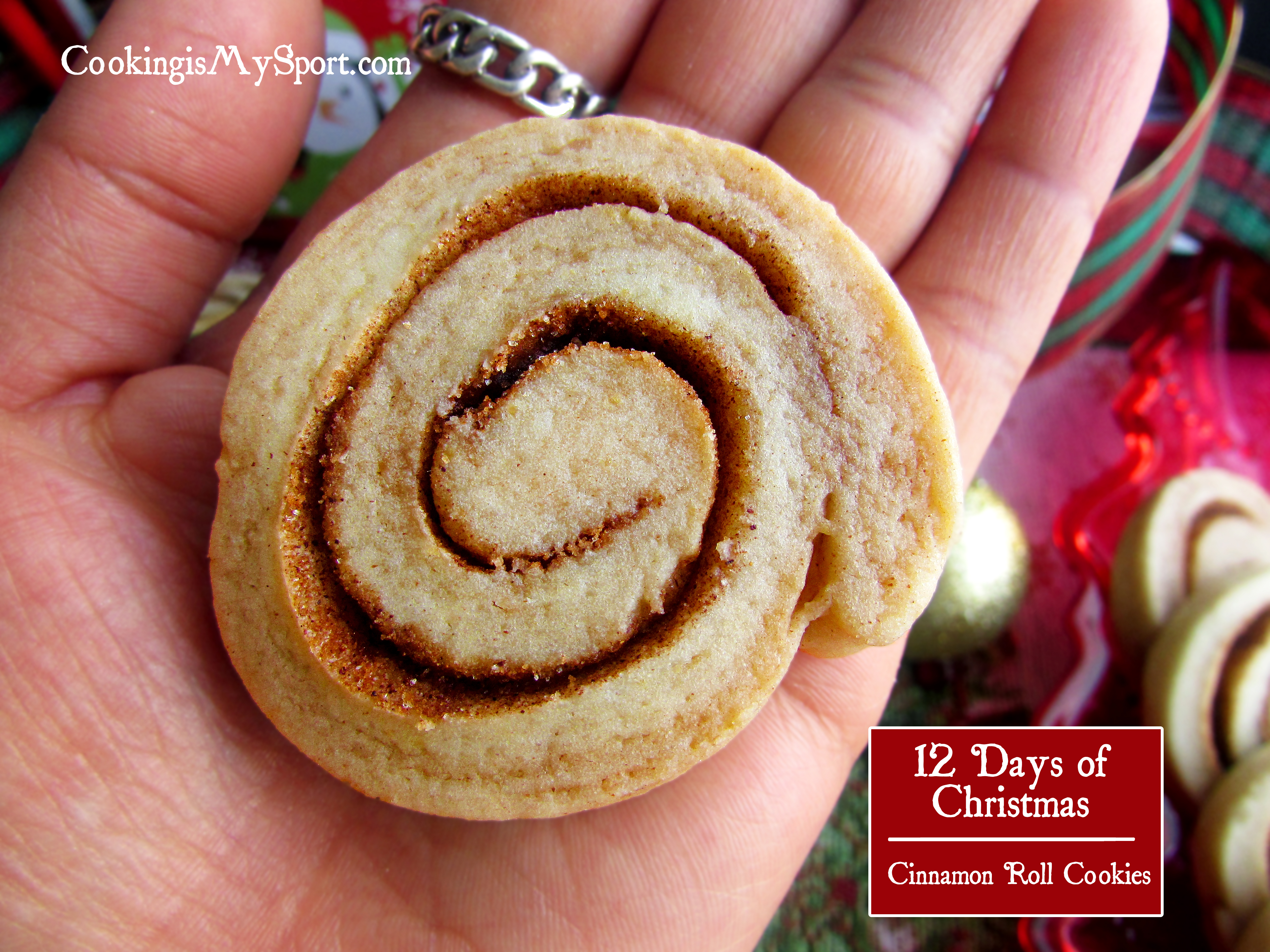 Not pretty. Not fun.

If you keep this dough as chilled and firm as possible, it’ll be good to you. Promise. And, you’ll be the star of any cookie swap party, that’s for sure.

(Still more to come in our 12 Days of Christmas baking series. Stay tuned.)

In a small bowl, mix together the brown sugar and cinnamon and set aside.

In a  medium bowl or container, mix the flour together with the baking powder, yeast and salt.

In a large bowl of a standing mixer, use the whisk attachment to cream the butter, cream cheese and sugar together until light and fluffy. Add the eggs, one at a time, then add the vanilla extract and grated orange peel.

Gently add the flour mixture, about 1 cup at a time. Scrape the sides of the bowl with a rubber spatula periodically to ensure it’s mixed thoroughly.

Divide the dough into four portions. Freeze them for about 2o-minutes, until they are relatively firm.

Sprinkle a sheet of wax or parchment paper with flour. Using a rolling pin (or your hands) roll or pat each dough portion into an 8 x 6 rectangle. Sprinkle with two heaping tablespoons of the brown sugar/cinnamon mixture. Roll up as tightly as you can, jelly-roll style (it was easier for me to roll it up by the short side rather than the long one). Wrap each roll in plastic wrap and place back in the freezer for about an hour.

Preheat the oven to 350 degrees Fahrenheit. Cut the dough crosswise in about 3/8 inch slices. Place them about 1 inch apart on greased baking sheets (or lined with parchment paper). Bake 8-10 minutes or until light brown on the bottoms. Allow to set on the baking sheet for about 60 seconds before removing to wire racks to cool completely.

(Note: No one oven is the same, & different baking sheets bake cookies differently. Keeping this in mind, I will ALWAYS test bake one cookie before baking entire sheets of the whole batch, just to get a good idea of how long they should be in the oven and if I need to adjust the way I’ve cut, rolled them out, etc. I highly recommend that you do the same.)