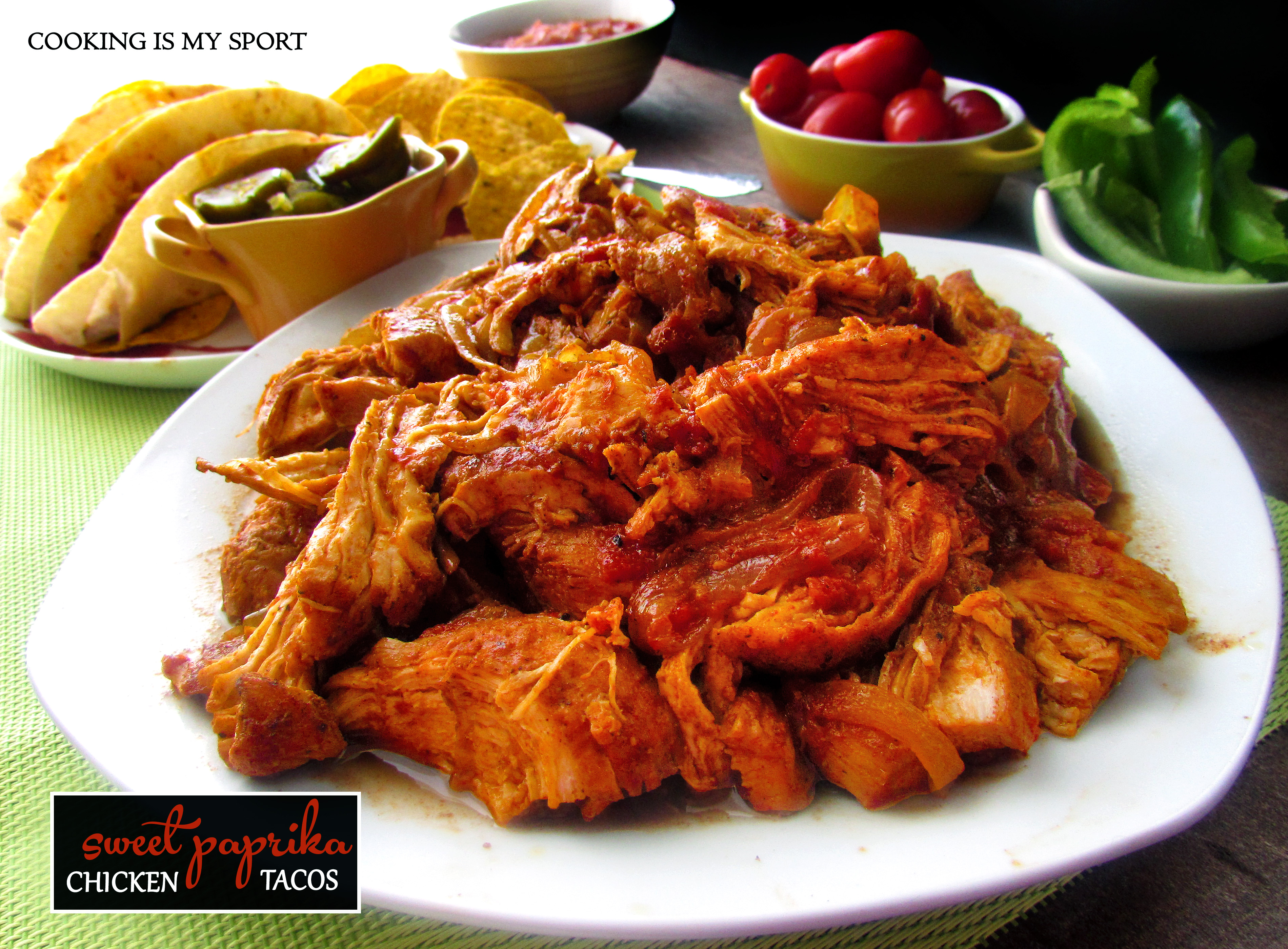 I finally got around to going to see “Captain America: Civil War” two weeks ago. I figured it wasn’t going to stay in theaters for very much longer and my twin sister (who had already went with her husband to see it) had been nagging at me for weeks to see it because she, like practically everyone else, thought it was one of the best movies thus far  in the Marvel universe line-up.

For being a Captain America movie, the script actually manages to cram quite a few of the Avengers into the storyline, with the addition/introduction of several other new characters. I was aware of this before going to the movie and was concerned that it would make the film a little too busy and crowded. “Age of Ultron” was kinda lackluster in my opinion, and  several of the other latest Marvel movies I thought were overall decent, but nowhere near as good as the first Avengers movie. 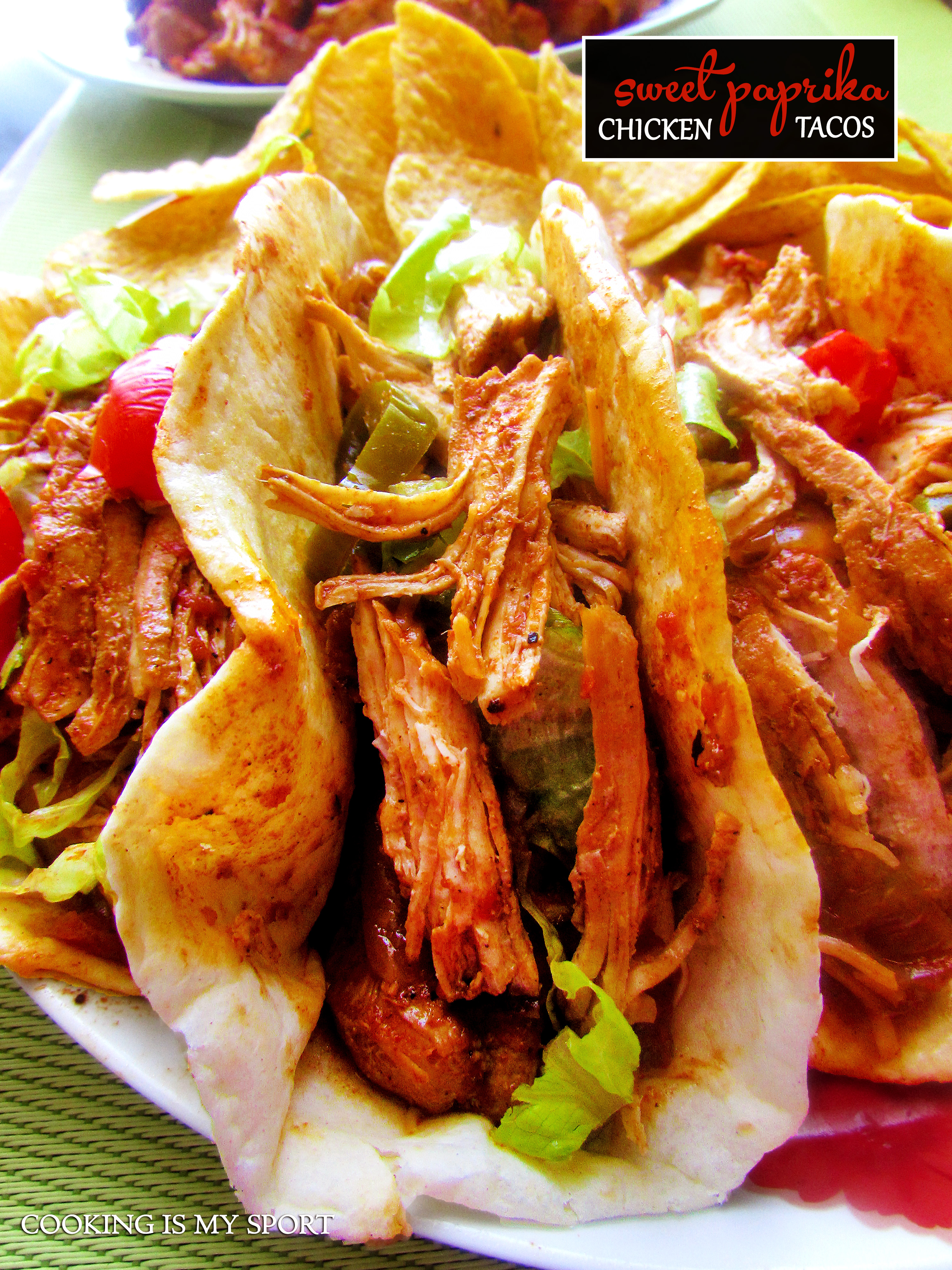 Well long story short, the hype over “Civil War” is completely justified. It’s a great movie, really second only to “The Avengers”movie in my opinion. The writers did a good job of making the plotline flow with enough finesse to where you don’t feel like it’s busy or convoluted. We knew that a showdown between Captain America and Iron Man was coming sooner or later, and it was interesting to me how that came about, the positions the two heroes took, and the sides that the others ended up taking. This just viewed like an overall “smarter” superhero film. It’s even good to the point where the absence of Hulk and Thor from the film didn’t bother me as much as I thought it would. 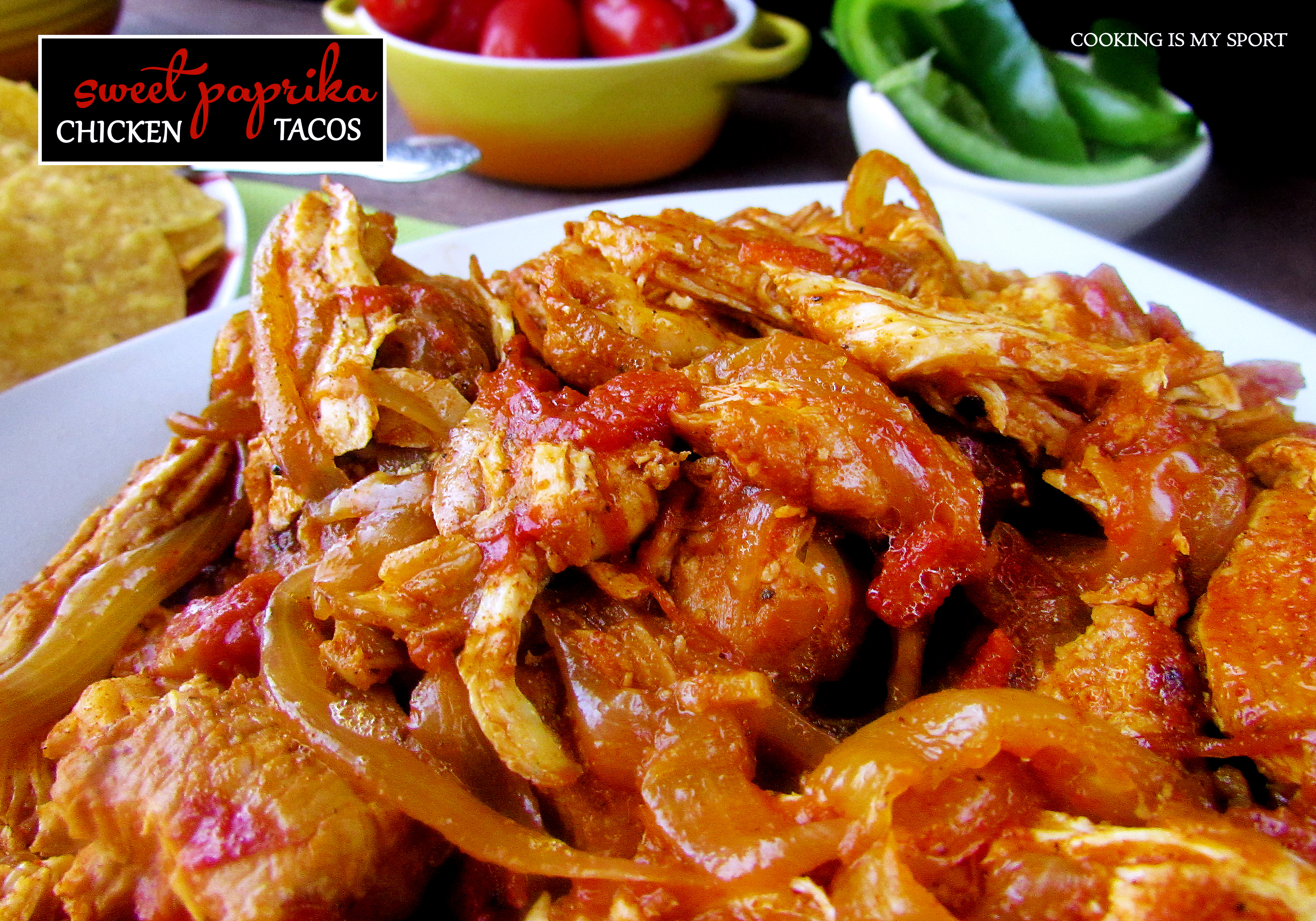 My favorite part of the movie was the introduction of Chadwick Boseman’s character Prince T’Challa  aka, Black Panther. He’s a real scene-stealer, his costume is badass, and the way that “Civil War” ends (don’t worry, I won’t spoil it) makes me VERY excited for the Black Panther film that’s currently in production.

Besides Black Panther, my other favorite character of the film was Paul Bettany’s character Vision. There’s a scene in the movie where he’s in the apartment Tony Stark set aside for him and Scarlet Witch at the compound, reading through a recipe. It’s pretty hilarious watching this A.I. superhero who doesn’t even eat attempt to cook; he makes a dish that incorporates paprika. Being the cooking enthusiast I am, my mind instantly thought, “Hmm. I wonder what KIND of paprika he’s using; regular paprika (pointless, it pretty much tastes like nothing), Hungarian sweet paprika (not too shabby if balanced with other spices), or smoked paprika (darn good stuff).” 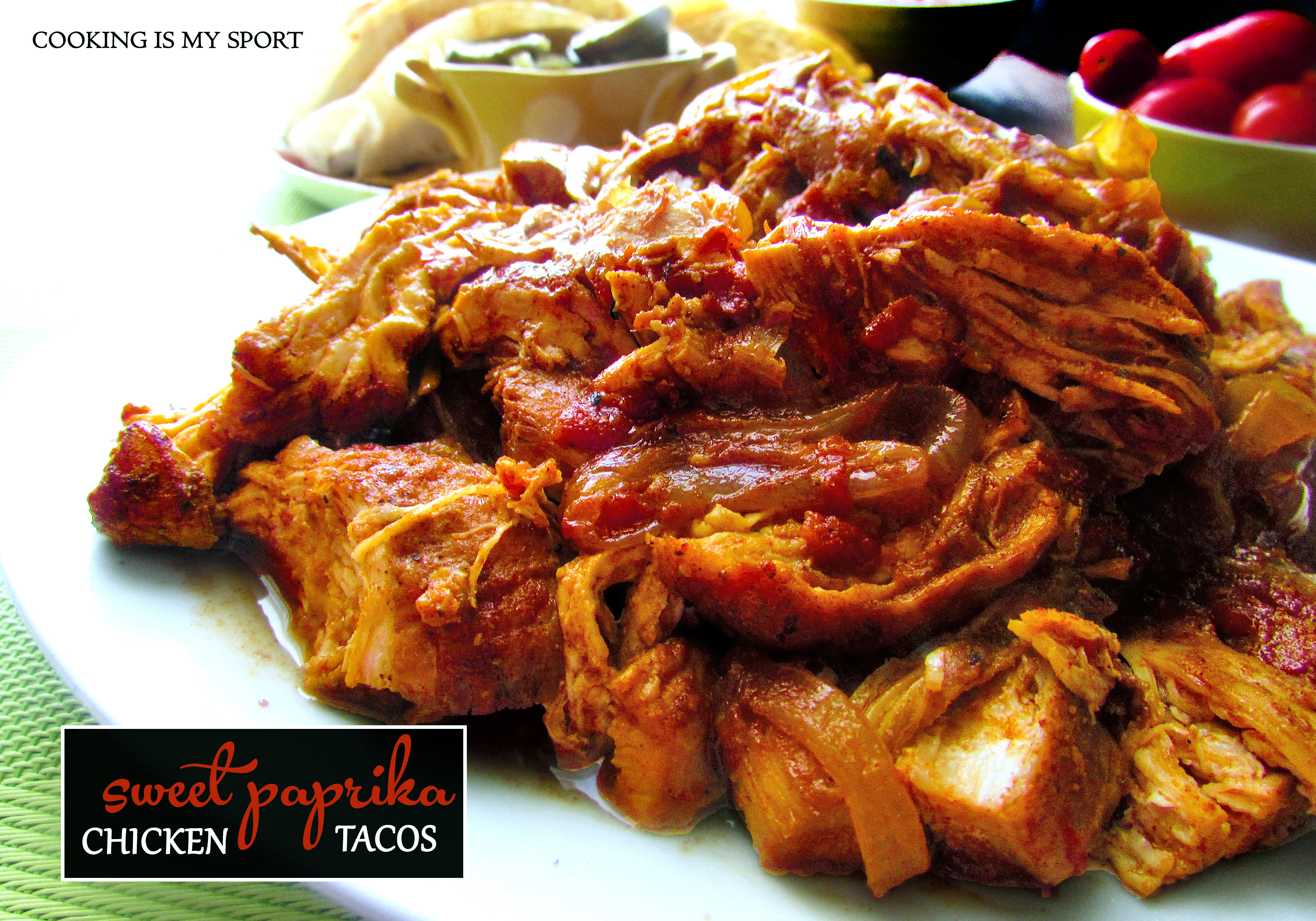 They never clarified what kind of paprika Vision used when making his dish, but shortly after going to see the movie I decided to go ahead and make one myself that would use up a good portion of Hungarian sweet paprika I had sitting around the spice cabinet and needed to use up before it started to lost its potency. I’d also been craving tacos for weeks and wanted an easy but still tasty way of getting some in my belly. 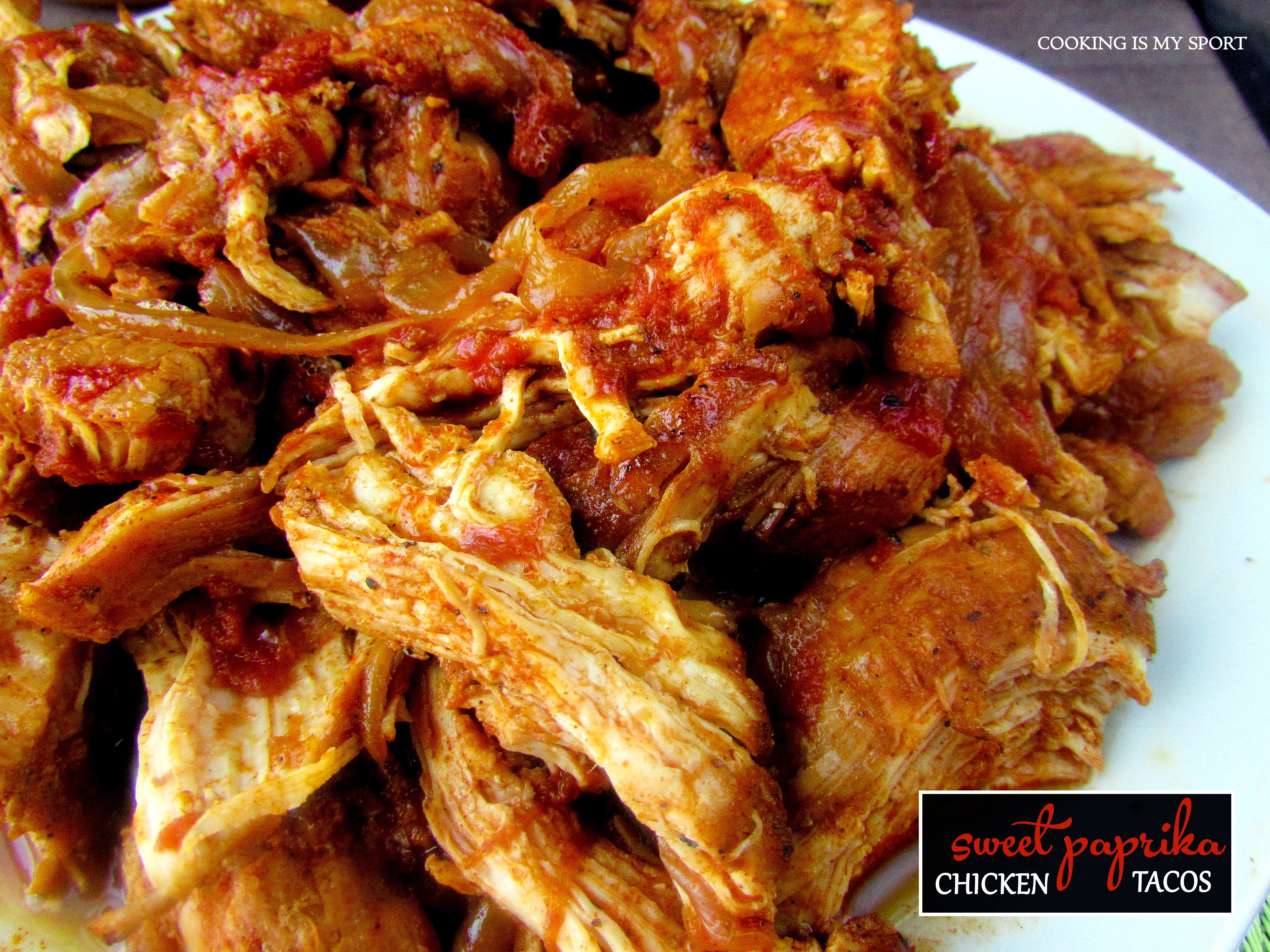 Originally, this is supposed to be made in a slow cooker with chicken thighs. But not only was I too impatient and hangry for that, I also don’t like chicken thighs and prefer the cut of the chicken boob. So, I first adapted this recipe to be cooked in a Dutch oven rather than a crock pot, swapped out chicken breasts for the thighs, and finally I added some modifications to the spices that suited my own tastes.

What else can I say, you guys? I love what I do. Don’t believe what the haters tell you: making moist and flavorful chicken breast really is TOTALLY doable. Even quickly on a weeknight, which I think this dish would be wonderful to make for a relatively quick and delicious Taco Tuesday night dinner. 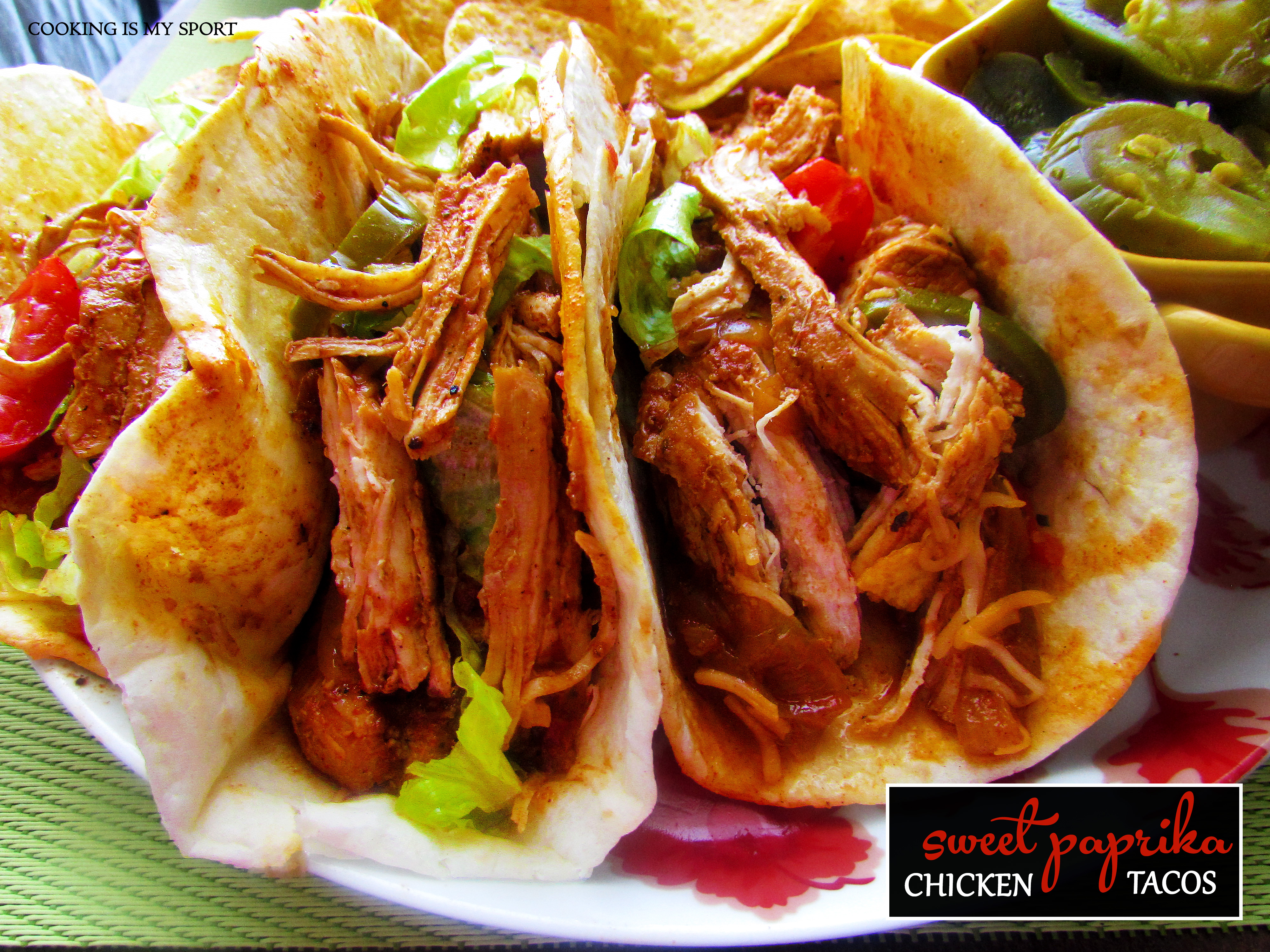 It’s been a REALLY long time, but I’m glad to be back co-hosting this week’s Fiesta Friday #127   with my co-host and longtime blogging buddy Suzanne@aPugintheKitchen. We’d love for you to come and join in on the fun so,  please do click the link, read the rules and share your tasty posts/recipes with us all.

In a large Dutch oven, heat the butter and olive oil over medium-high heat. Season the chicken with salt, black pepper, onion powder and garlic powder. Add the chicken to the pot, making sure to not overcrowd the pan. Cook until richly golden brown and seared, about 4 minutes per side. Pour in the white wine and deglaze the pan. Transfer the chicken and the juices to a separate plate or container and cover with aluminum foil.

Set the pot over medium heat. Add the onions, garlic, paprika, and chili powder and cook until softened, about 4 minutes. Add the spiced onion mixture to the Dutch oven. Pour in the chicken broth and crushed tomatoes and stir to combine. Taste and adjust the mixture for seasoning. This is where you can add the light brown sugar and Worcestershire sauce if you like. Place the seared chicken breast back into the pot. Lower the heat down to medium-low, cover and cook until chicken is fall apart fork- tender, probably about 20-35 minutes..

Remove the chicken from the sauce and transfer to a work surface. Using two forks, shred the meat. Stir the shredded chicken back into the sauce and add the lime juice . Season with salt and black pepper to taste.

Using a slotted spoon, spoon the pulled chicken into the warm tortillas and top with desired condiments. Serve right away.