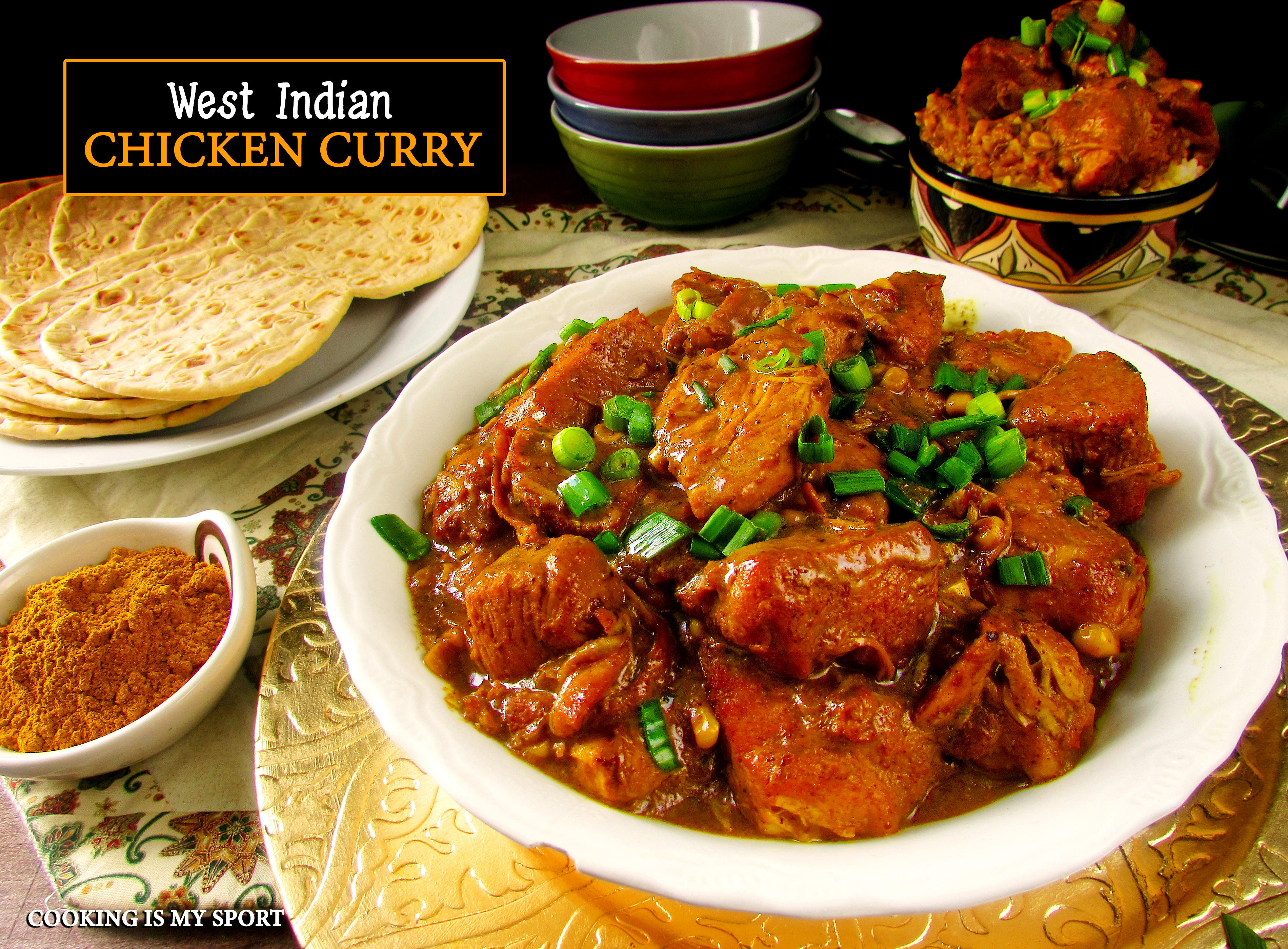 There’s an Ethiopian restaurant in my town that’s been here for a pretty long time but I still have yet to try it out. I’ve heard wonderful things about the food there, but the truth is that despite my love for cooking when it comes to my habits of eating out, I usually tend to stay within a specific ‘comfort zone’ of restaurants and joints that I already know of and like. I’m not entirely sure why this is.

Maybe it’s just because I take my food SO seriously and there are few things I can think of that can get under my skin than an unsatisfactory meal. It’s seriously enough to put me in a bad mood for the  rest of the day/night. I don’t play about my food. 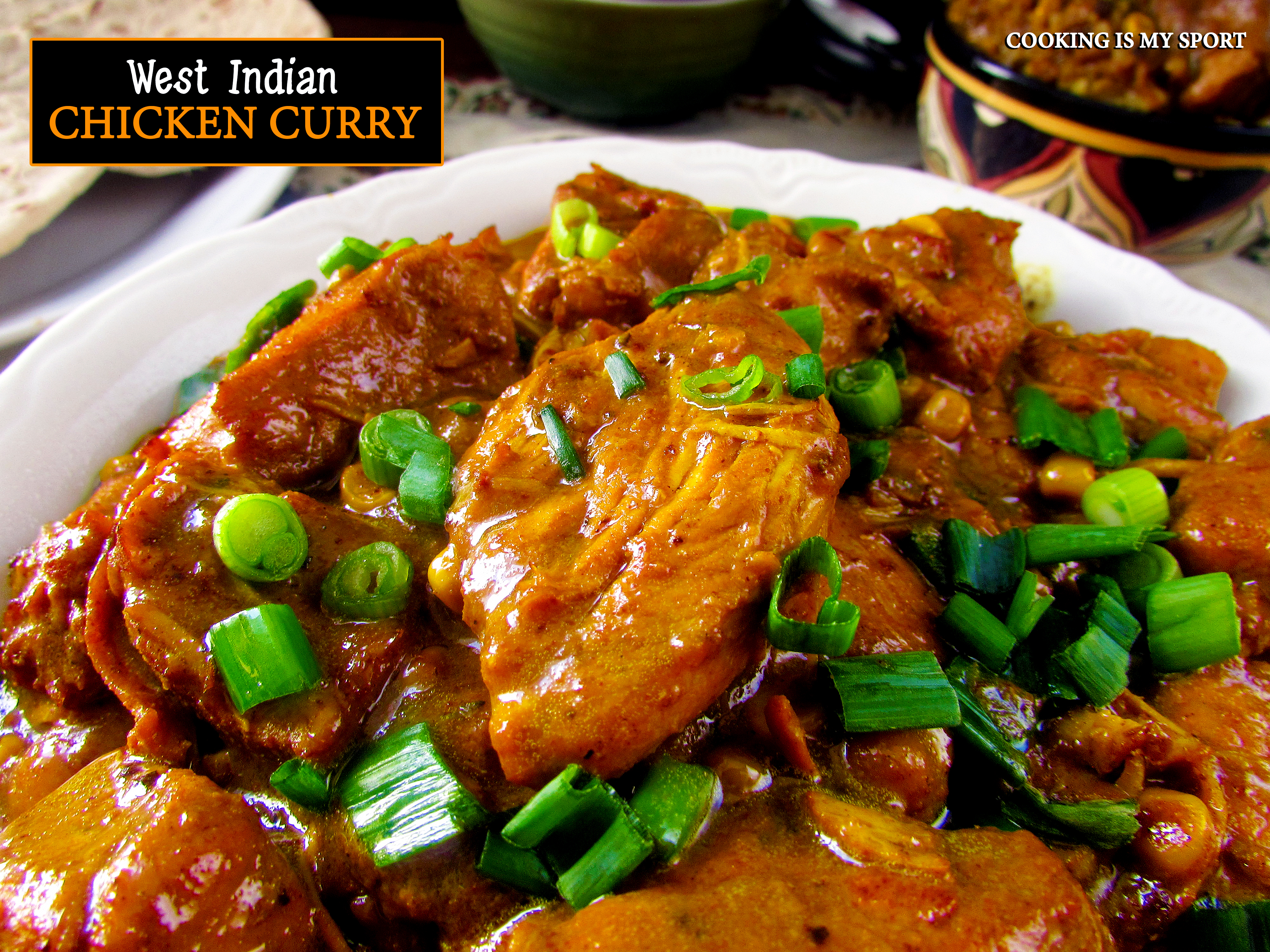 What’s strange is, although I’m wary of trying out new food that I pay other people to cook for me, I’m the complete opposite when it comes to food that I make myself.  Unless it just ‘sounds’ nasty or has an ingredient that I don’t care for, I’m almost always willing to try out a ‘different’ or ‘new’ recipe. If I think it sounds challenging or will teach me a new technique, I’m going to want to at least give it a shot. I realize that may sound like a huge contradiction. I think maybe it has something to do with my knowing that even if there’s something about the dish that I don’t care for initially, I will probably be able to salvage it so that it’s at least edible. 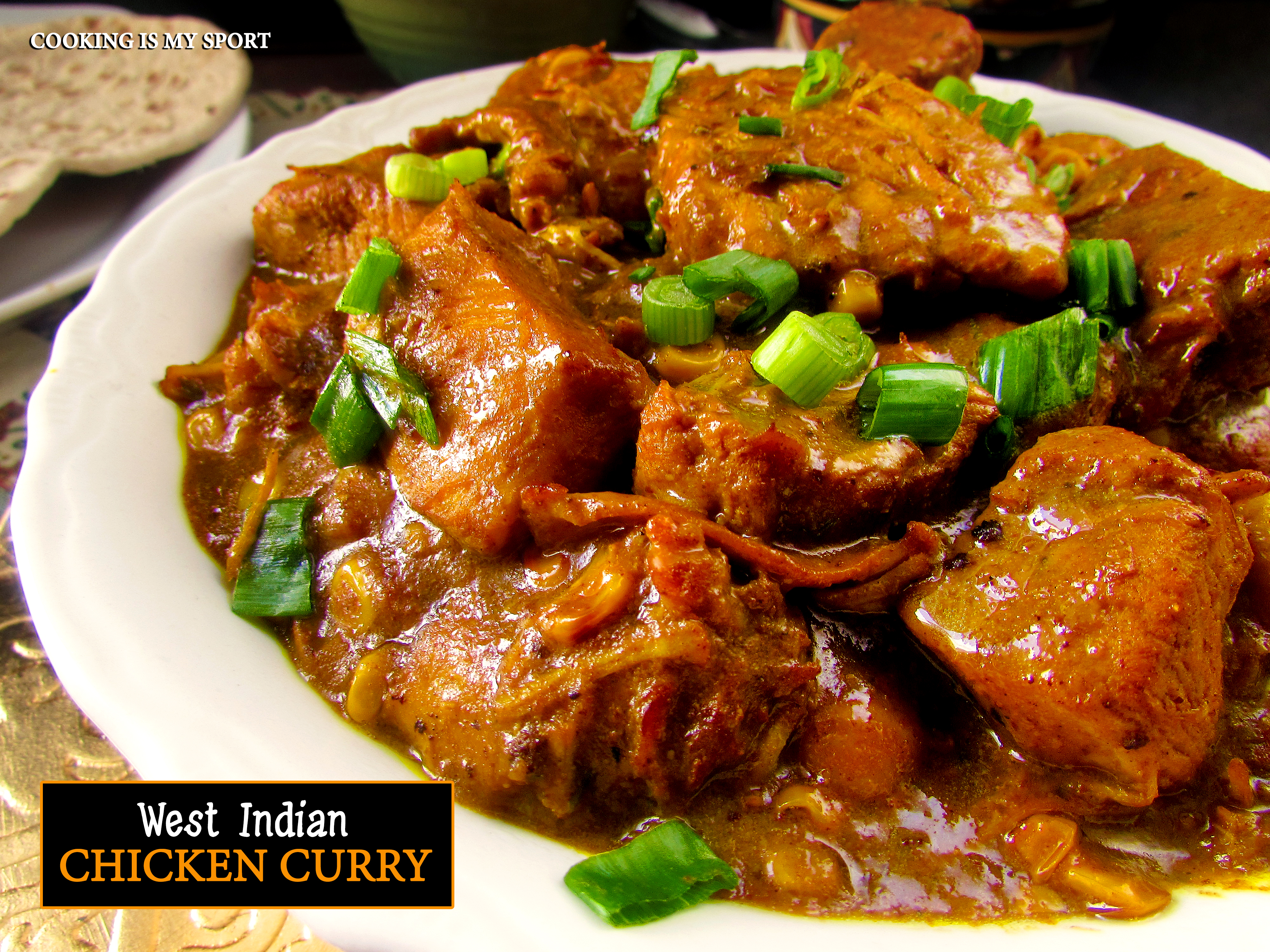 Sometimes I’m not only willing to try out a new recipe/dish, I’m also willing to go the extra mile for it. That’s pretty much what happened with today’s post. I’d had it on my radar for a while, but had put it off because the ‘extra mile’ in this case was two things that I didn’t already have in the house: a curry powder made almost completely from scratch containing fresh whole spices, and a coffee grinder and/or spice mill to grind said spices up after they were toasted.

One day I was feeling particularly restless with our dinner rotation and decided to just go out on a limb. In short, I bought a coffee grinder then made the trek out the new Whole Foods that FINALLY  came and opened in my town, where I was able to get my hands on all the spices that I needed. I rationalized it with the logic that there ARE other recipes I want to try that require me to grind up spices, and that since I am a fan of this type of cuisine, I can always find another use for the leftover ones I had over from this recipe. 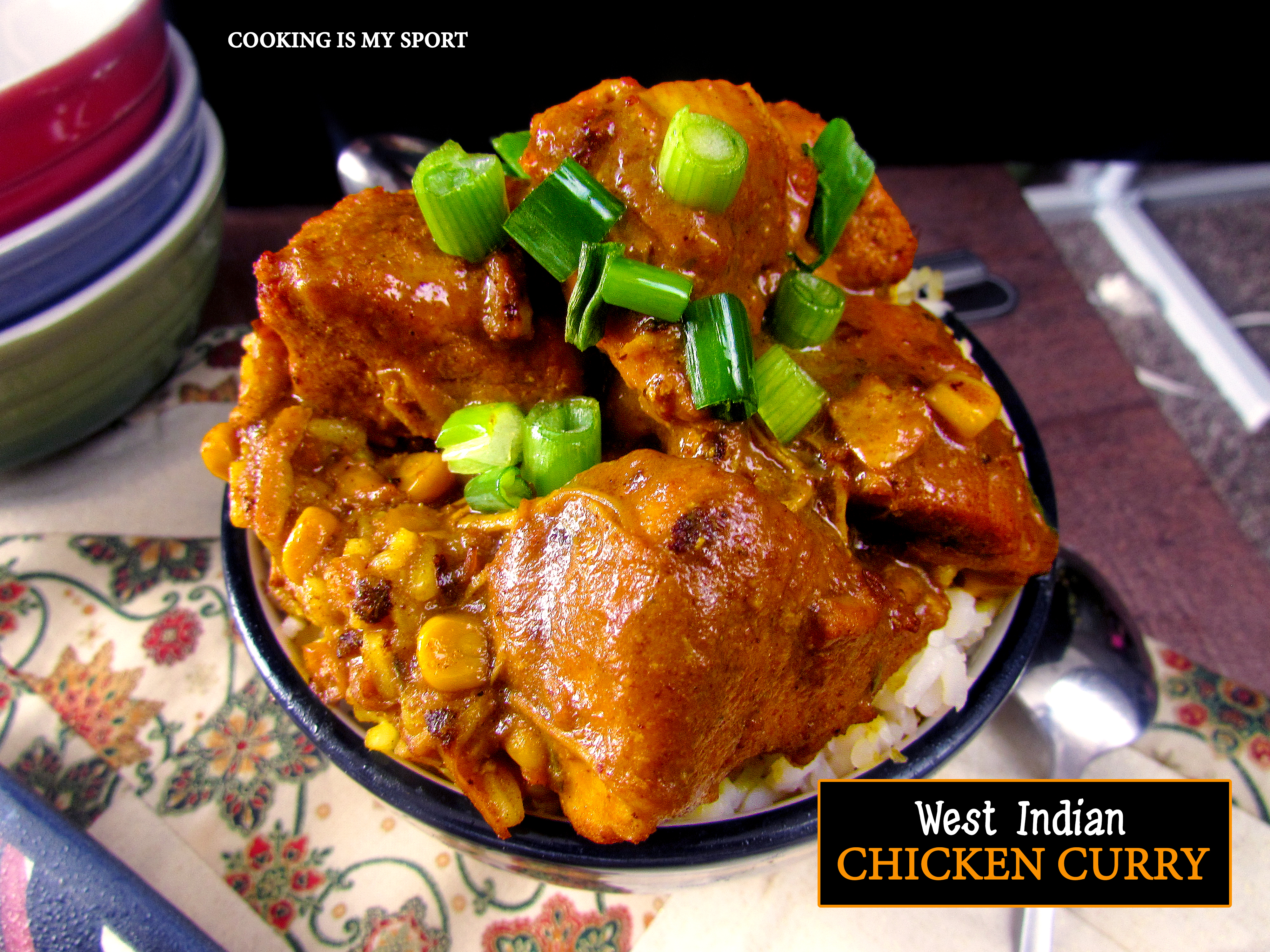 Then, I actually made the dish and came to the very hasty conclusion that I really didn’t need to find any other justification for my going the extra mile and buying a whole appliance just to cook one meal.

Why? Because that one meal was absolutely delicious.

Even if I never use this coffee grinder for any other purpose BUT to make this curry, I will still not regret having bought it one bit. It was just SO worth it, from start to finish. The smell of the spices toasting in the skillet after I ground them up gave me the feeling almost from the start that the flavors of this dish were going to be phenomenal. It made me kinda not even care that turmeric has the ability to stain your counter top/dishes/hands for a LOOOONG time unless you scrub really super duper hard at them. 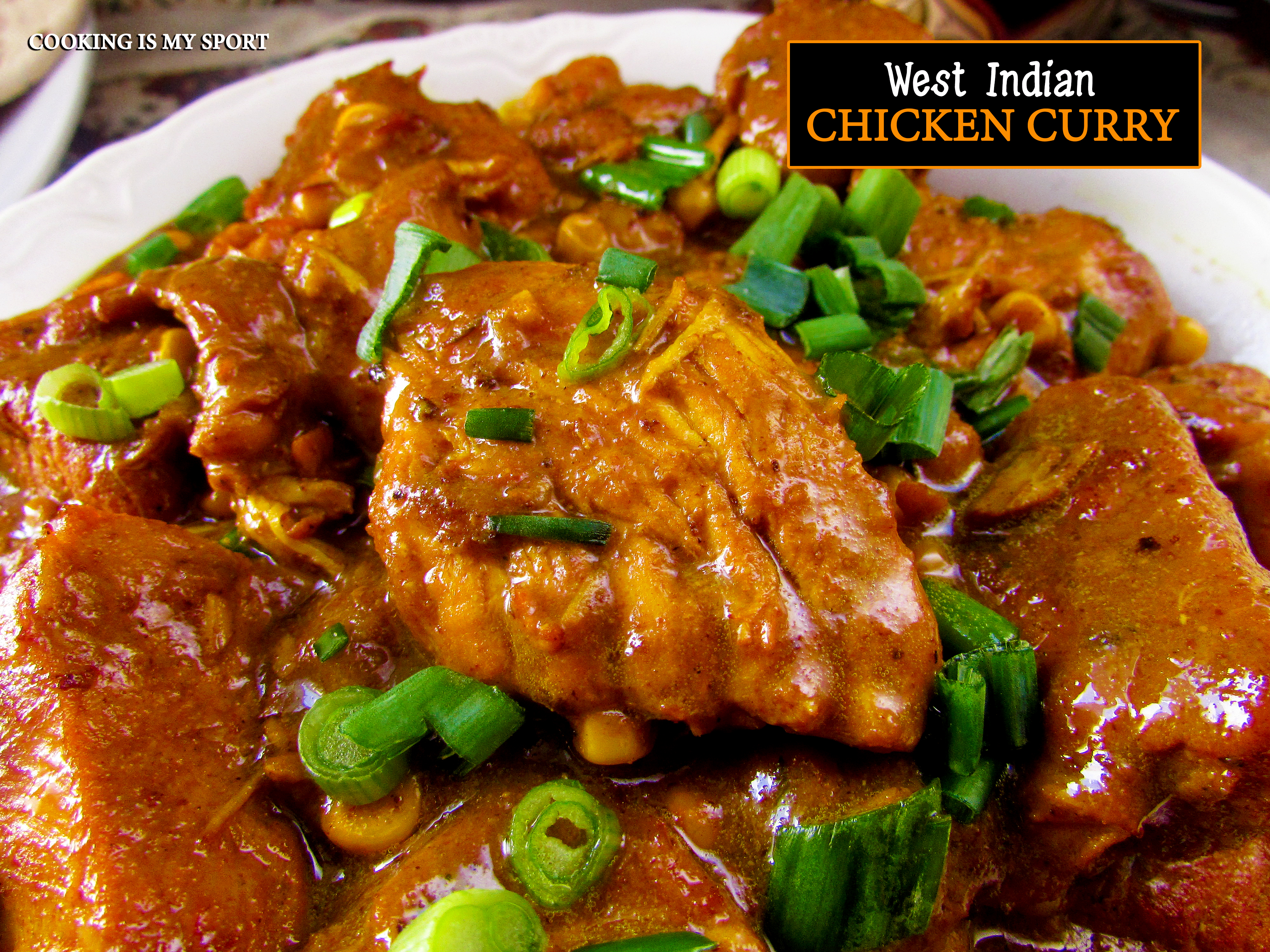 I know that typical curries are made with whole, bone-in chicken pieces cut up. However, my go-to preferred way of preparing just about ANY chicken dish is using the good ‘ol boneless/skinless breast. It’s just what I like. However, this recipe is versatile enough to where if you wanted to go darker and use bone-in thighs or drum-sticks and remove the meat at the end, it should be perfectly fine.

Another important note: my older sister can’t do very many spicy foods, so I was forced to leave out some of the chili flakes and leave the Scotch bonnet peppers out entirely. Be warned: Scotch bonnets can pack a SERIOUS punch of heat and are therefore, not to be trifled with all willy-nilly.  There’s already ground up chili flakes in the curry powder itself, so I recommend that you taste and adjust according to your ability to take the heat. Also, because chickpeas and corn were all that I had in the house at the time, that is what I used to here. Fortunately, I can easily see you subbing in any other vegetable of your preference and it still turning out fine.

This is one of those dishes that taste even better as leftovers because the flavors have time to meld and permeate the meat the longer that they sit. The sauce is just DIVINE y’all. Have plenty of naan/flat bread on hand for dipping.

I’m linking this post to Fiesta Friday #117, co-hosted this week by Mollie @ The Frugal Hausfrau and Scarlett @ Unwed Housewife.

In a medium skillet or saute pan combine the turmeric, chili flakes, cumin seeds, coriander seeds, cloves, ginger, garlic powder, mustard seeds, pepper, allspice, and cinnamon and cook, shaking the pan frequently, until spices are fragrant and just beginning to smoke. Remove from the heat, transfer to a shallow plate and allow to cool completely.

Transfer to a coffee grinder or spice mill and process until very finely ground. Reserve 6 tablespoons of the spice mixture separately and transfer the remainder to an airtight container and save for another purpose.
In a mixing bowl combine the chicken, 2 tablespoons of the curry powder, 1 teaspoon of the salt and 2 tablespoons of the vegetable oil and set aside, covered, for 20 minutes.

In a large Dutch oven, heat the remaining 2 tablespoons vegetable oil, and, when hot, add the chicken pieces and cook, turning occasionally, until golden brown on all sides, about 8 minutes.

Add the onion, garlic, ginger, thyme, hot pepper if using, and remaining 4 tablespoons curry powder and cook, stirring, until the vegetables are soft, about 4 minutes. Add the chicken broth, coconut milk, and brown sugar and bring to a simmer. Add the remaining teaspoon of salt, and cook, stirring occasionally about 1 hour. After about 1 hour, add the corn and chickpeas and allow to cook until chicken is very tender and falling from the bone and the sauce has reduced enough to coat the back of a spoon, about an additional 30-40 minutes.
Serve chicken curry with naan flat bread and/or rice.