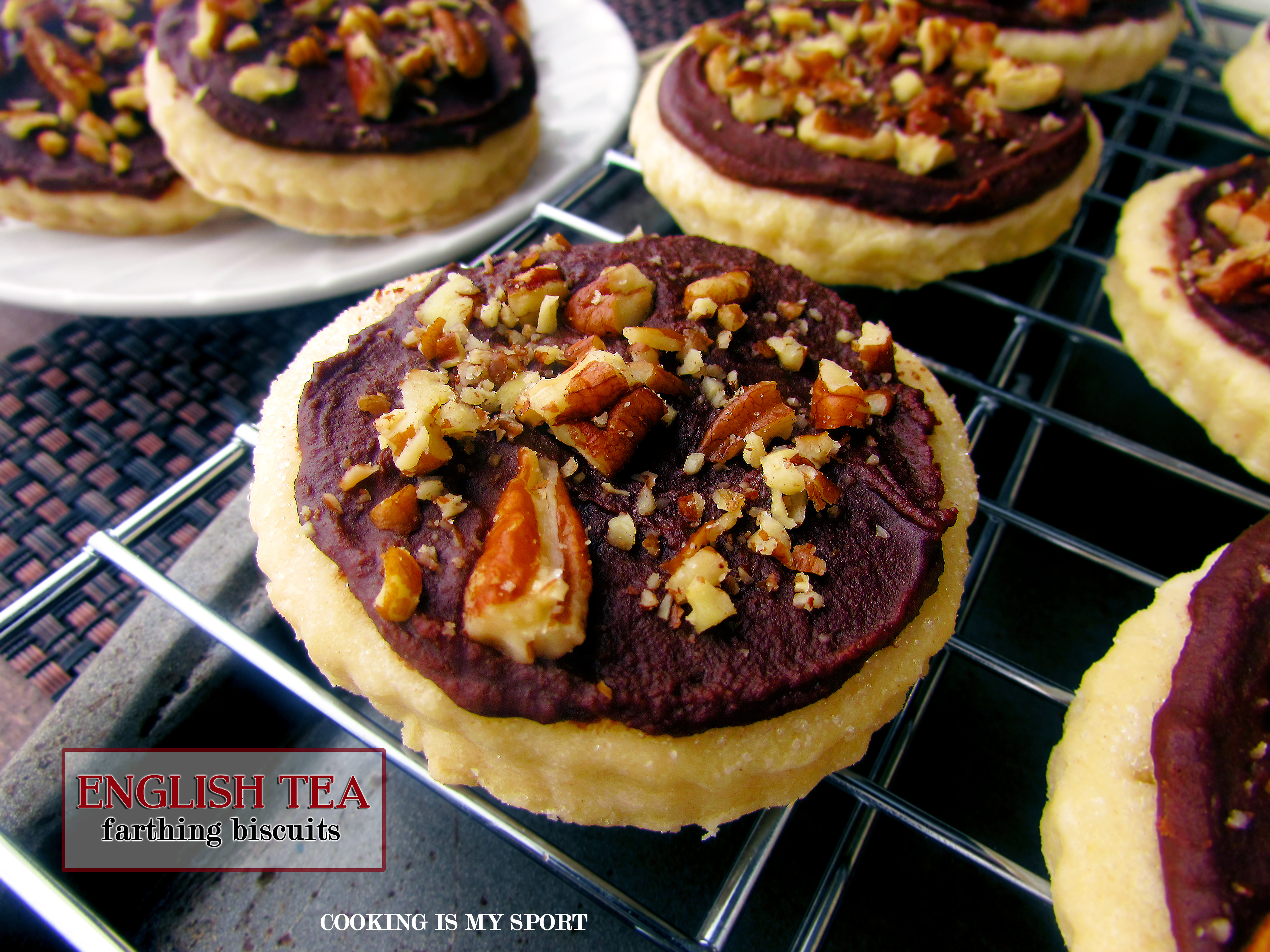 About a few months ago I got hooked on a show that popped up in the Recently Added queue of my Netflix account called The Great British Bake Off. I’d vaguely heard of it before then but didn’t really know the specifics. The amount of competitive cooking shows I like to watch is typically limited to just three: Top Chef, Chopped and The Taste. Other than that I tend to think that they too greatly resemble game shows with too many reality-show style theatrics. However, because I was bored and because it had a 4.5 star rating I figured it was worth viewing an episode or two. 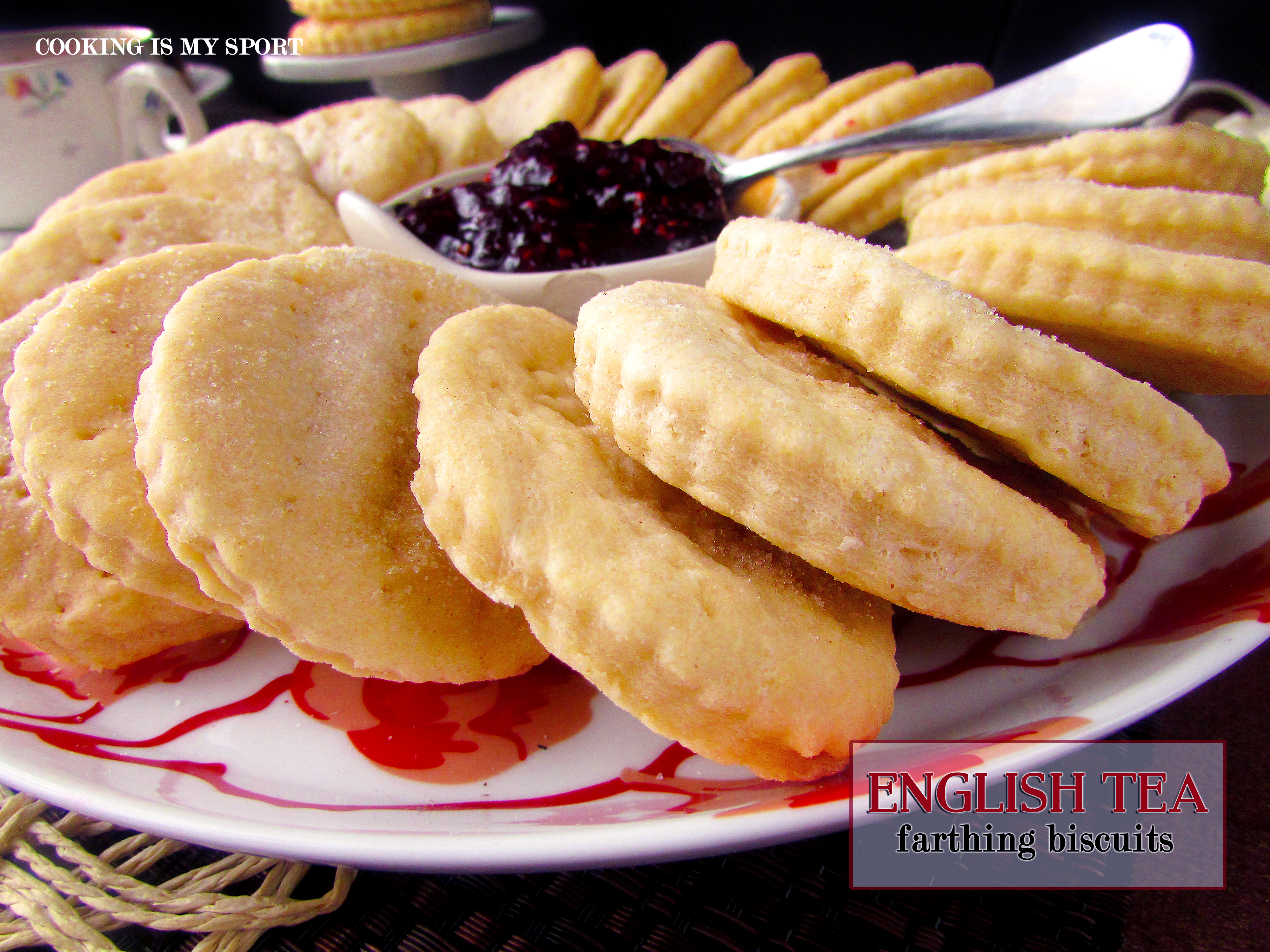 The show is a HUGE hit in the UK, having already gone through multiple seasons already and after only watching one episode, I totally understand why. There are no frills, flares or bells & whistles on the GBB. Filming takes place in a tent in the English countryside where the amateur bakers perform a combination of signature challenges where they can make a dish of their own, technical challenges of recipes that are considered ‘standard’ in baking, then showpiece recipes where they can give their own fancy interpretations to a loose guideline of a particular baking dish. It’s an incredibly simplistic show, yet for a baking enthusiast it’s completely enthralling. 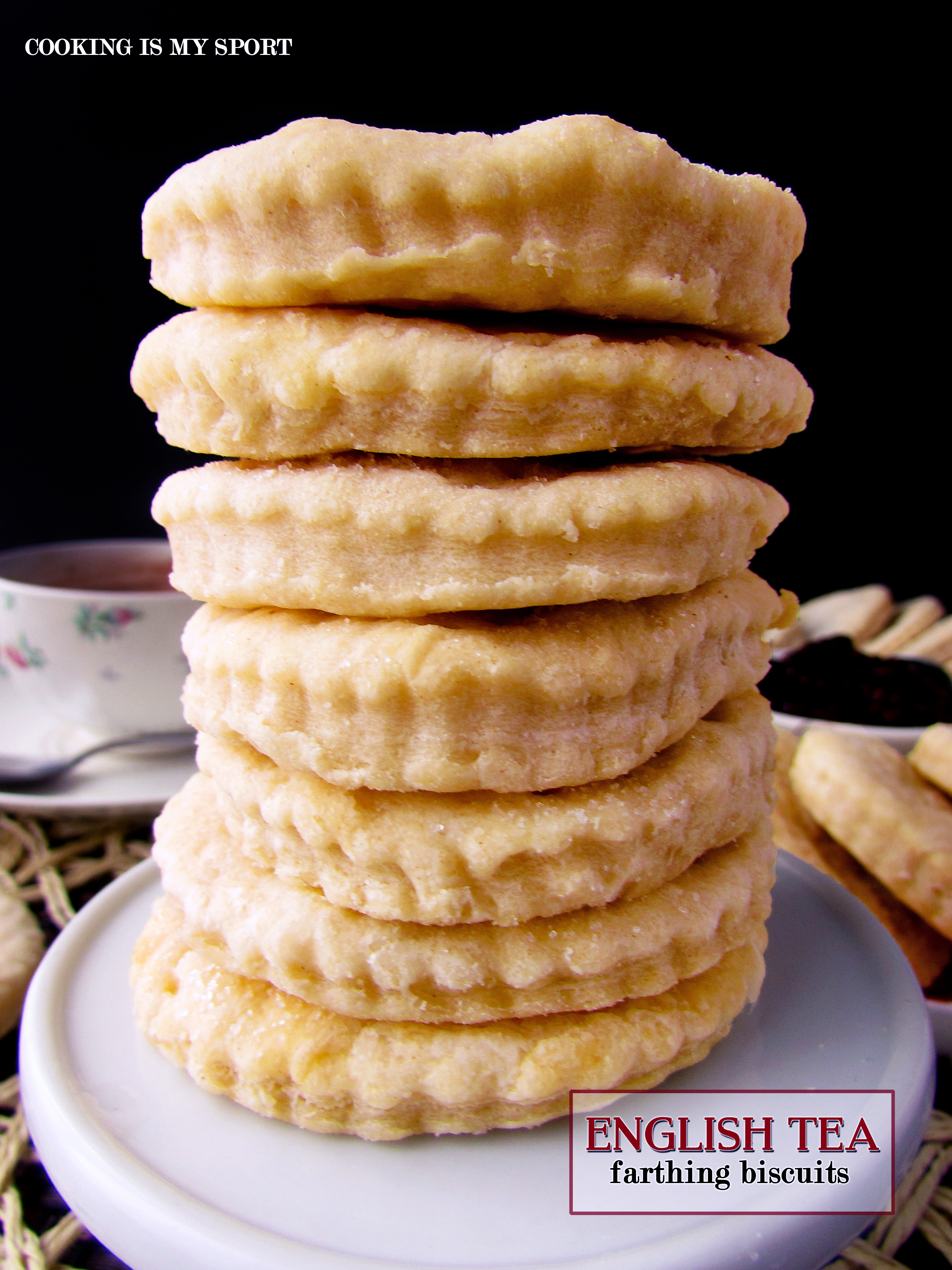 So you can imagine my disappointment when after finishing the season that was posted on Netflix, I saw that there were no additional ones put there. It’s been several months since Netflix put the one season up and no additional ones have been added since then. This pisses me off.

I’m not ready for it  to be over. If other people in the world could get more of GBB, then why shouldn’t I just because I live in America? How’s that even fair? Where’s the justice in that? 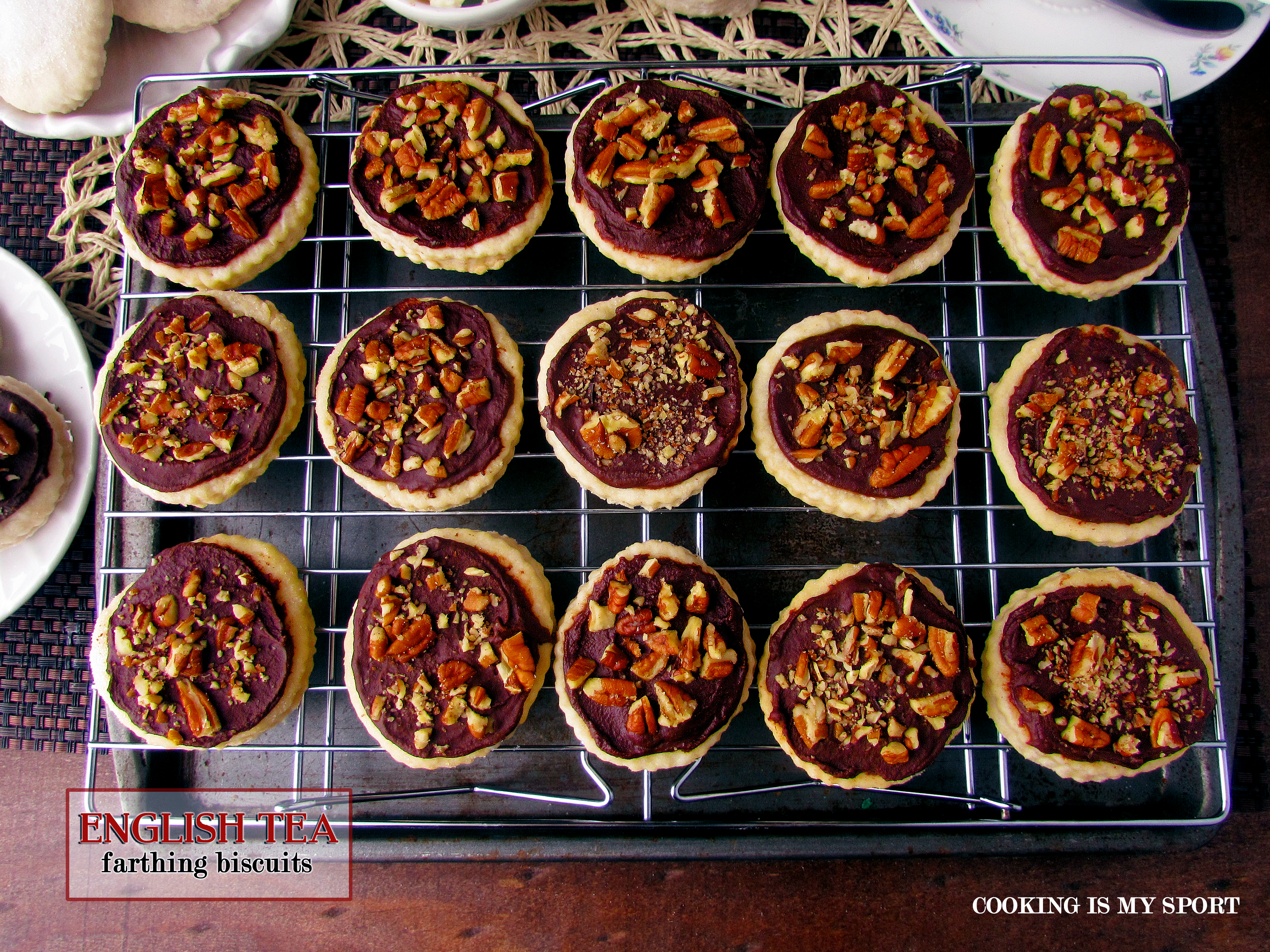 All I’ve had to console myself with the fact that I’m not getting more seasons and episodes of the GBB is that I can always rewatch what I do have on Netflix–which, I of course have been doing. I’ve also discovered since then that PBS has posted a number of the recipes from the season I watched on their website for the public to try out for themselves.

Needless to say, I was pretty excited when I found that out. My Pinterest board was very active that day. 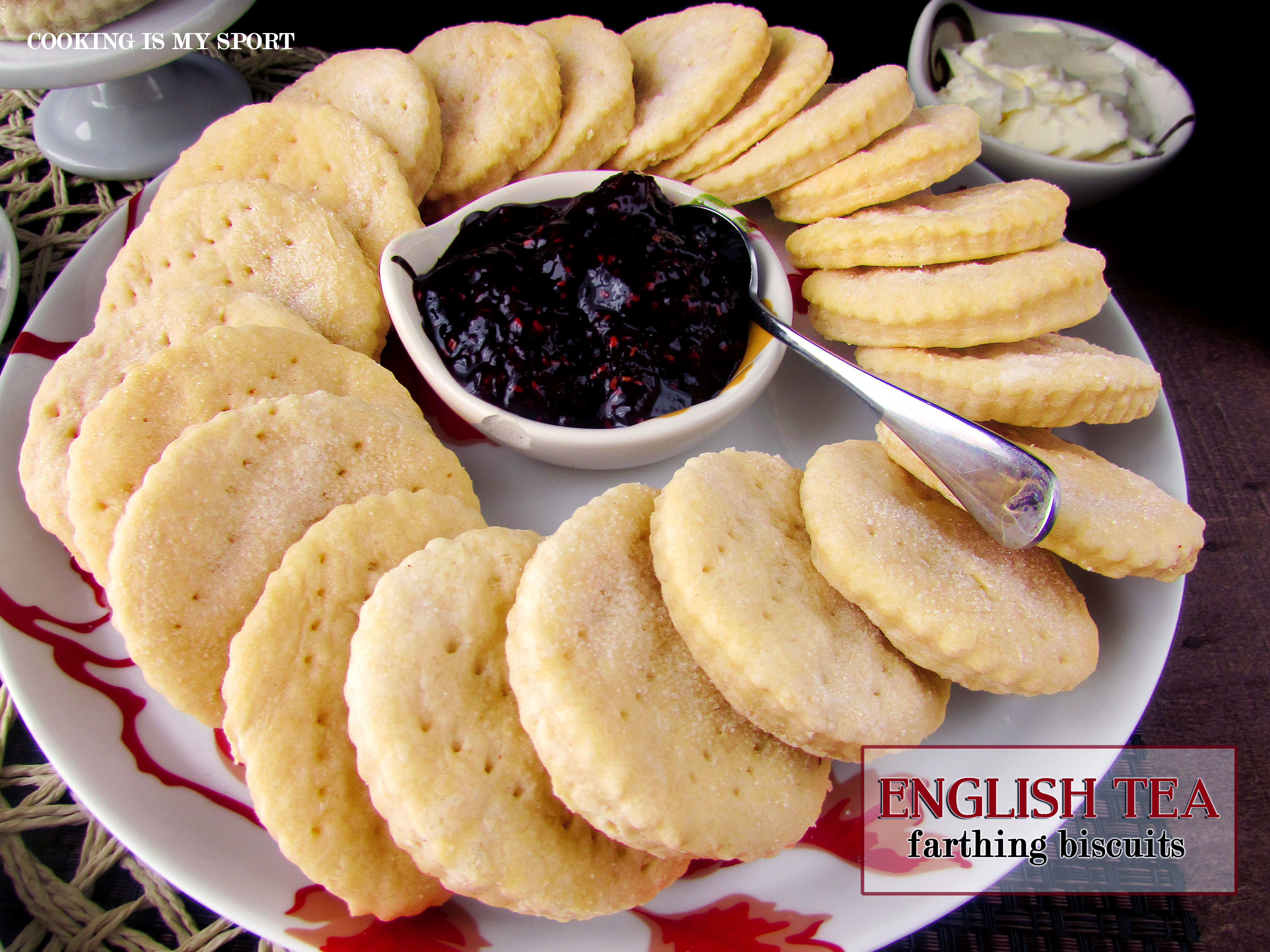 The word ‘biscuits’ actually have somewhat of a different meaning for Americans than it does for the British, or even elsewhere in general. When I first hear ‘biscuits’ I think of the thick, flaky, bready, fluffy things my grandma makes that I get to slather in butter, jam and sometimes syrup for breakfast. However, elsewhere ‘biscuits’ are actually another word for a kind of crisp and/or tender cookie or cracker that gets eaten alongside some tea or hot chocolate.

One of my favorite episodes from the season on Netflix (which was actually Season 5 in Britain) was the second one where the focus for the week was Biscuits. For the signature challenge, each one of the contestants had to make their own rendition of a Biscuit. There were lots of creative renditions shown that round but interestingly enough, the ones that caught my particular attention were the simplest of the bunch. They’re made with little more than flour, butter and a little bit of sugar but they still looked just delicious to me. 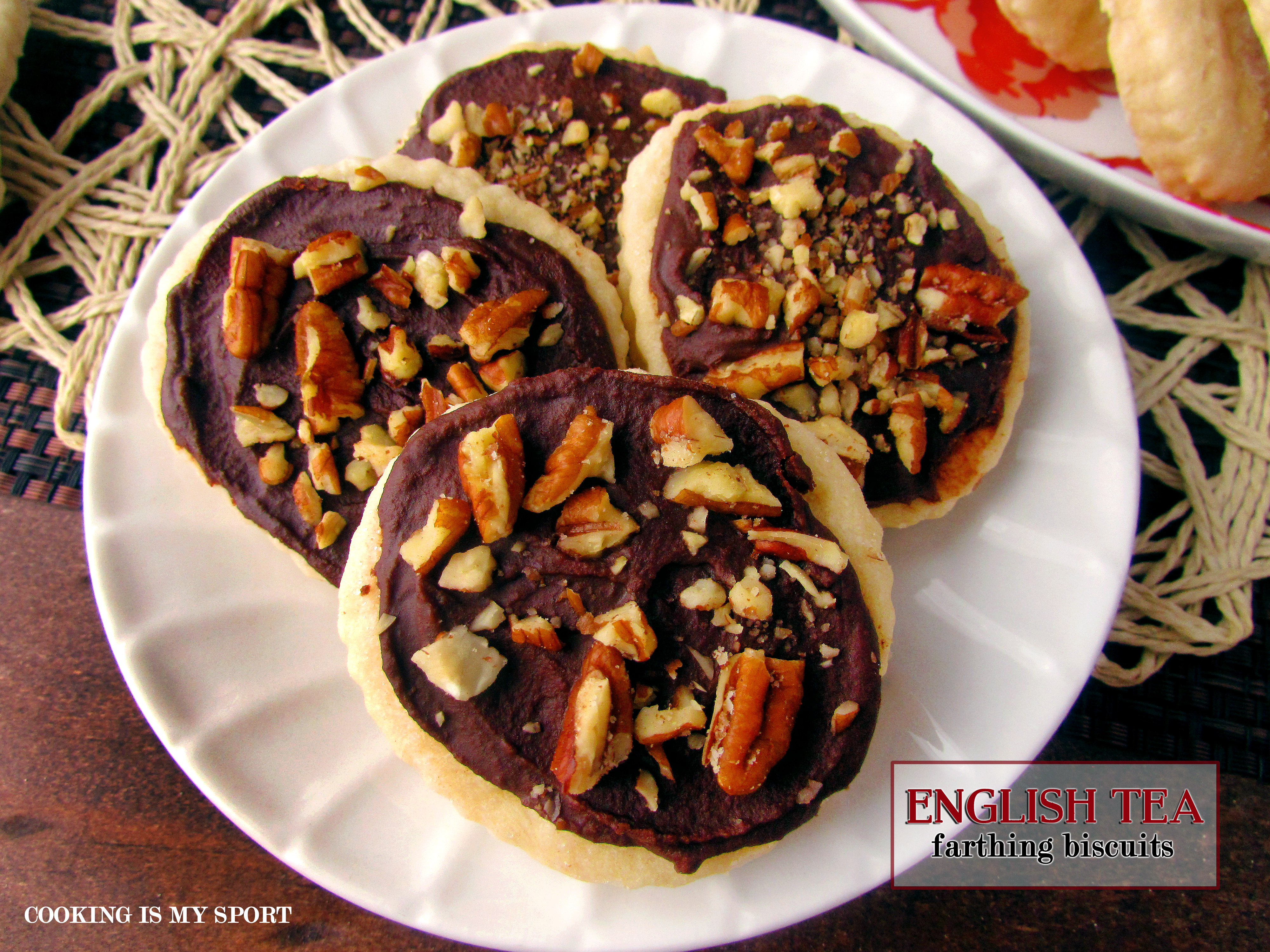 I pinned it to my Pinterest recipe board and this past week I decided to try it out for myself. There is I think both good news and bad news about how my biscuits turned out.

First the bad: even though I rolled them out as thin as the recipe instructs, for some reason when these hit the oven they started to puff up and thicken, which ultimately affected how long I could bake them without letting them get too brown while trying to get them ‘crisp’. I do think they could’ve taken a bit more time in the hot box, but I wasn’t in the mood for burned biscuits. Next time maybe I could think about rolling them ‘paper thin’ and seeing if that makes them bake at the right thickness, or just leaving them in the oven longer. 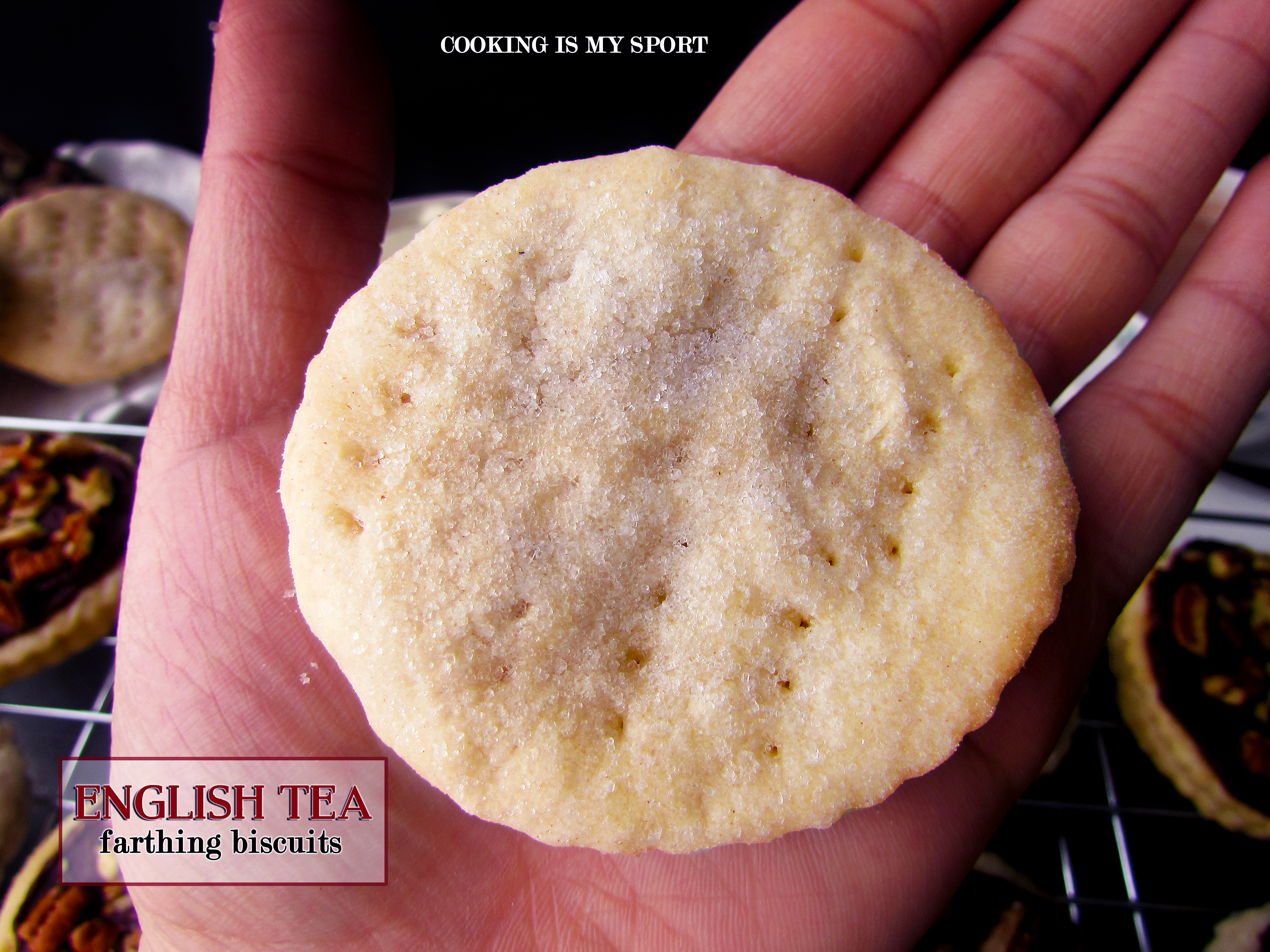 The next point isn’t necessarily a negative, but it is something of note. These bake up VERY tender and buttery but upon tasting them all on their own, the overall flavor is very…subtle. If you’re eating them alongside some tea or coffee then I think this is fine. They’d even be GREAT with some jam or preserves smeared on top. However, at the last second I decided to take half of this particular batch and ‘jazz it up’ so to speak with a quick chocolate dip that I then sprinkled with nuts. It was just what they needed, I thought, but if you tend to like your biscuits less sweet you’ll probably like these exactly the way that they are. I also made some recommendations in my rendition of the recipe for some additional flavor profiles I think would be tasty.

Happy Fiesta Friday #114, where I’ll be taking my biscuits for anyone who’s in the mood for a spot of tea 😉 Thanks to Angie and her co-host for this week: the lovely Jhuls @ The Not So Creative Cook.

In a bowl, mix the dry ingredients together. Rub in butter and lard so that mixture resembles fine breadcrumbs.

Add just enough cold water (and the extracts and zest if using) to bring the mixture together to form a stiff dough (about 5-6 tablespoons). Refrigerate for 15-20 minutes.

On a lightly floured work surface, roll out the dough to a thickness just less than a £1 coin.

Using a 9cm (3½ in) round cutter cut out biscuits from the dough. Prick the top of the biscuits all over to decorate, leaving a plain 5mm/¼in border around the edge.

Transfer to wire racks or baking mesh. Place the racks/mesh on baking trays. Sprinkle with the extra sugar, then bake for 14-16 minutes, or until the biscuits are dry but not browned. Set aside to cool completely.  If eating plain, then serve the biscuits with chilled butter or jam.

Heat chocolate chips and vegetable oil in a glass measuring cup, then stir with a spoon until smooth.

Spread the chocolate dip over the biscuits, then sprinkle with nuts.

Set on a wire rack and allow for the dip to set.