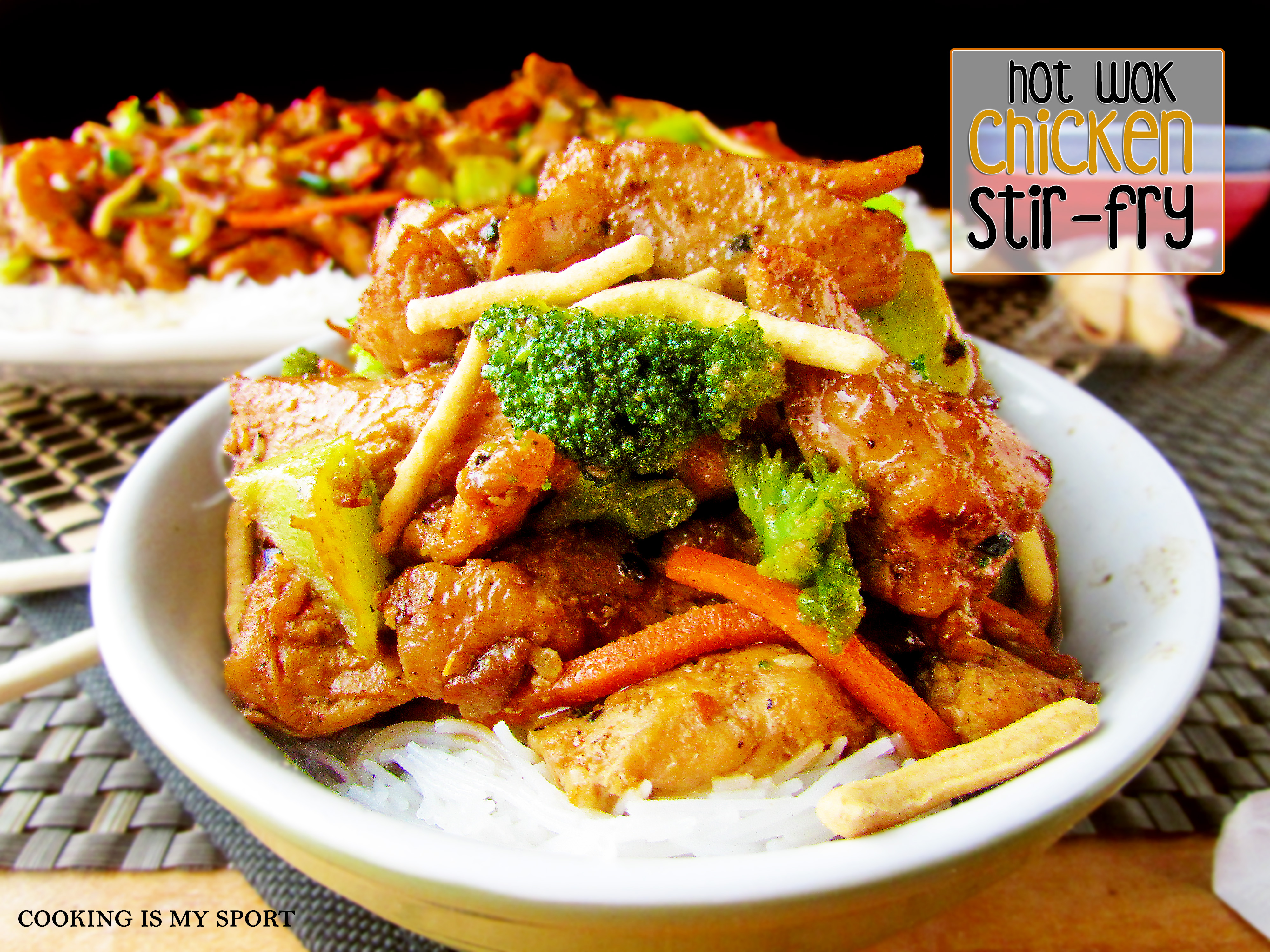 You guys know when you go to a Chinese take-out joint, they’ll serve some dishes with creative names? I’ve always really liked that.

I’m looking at a menu from one of the nearby places here where we’ve gone for years at a list of items that they given those ‘special names’. The funny thing about it is that they don’t really describe what the food is; it’s as if they just expect you to know what it is beforehand. I don’t, but I can always speculate: 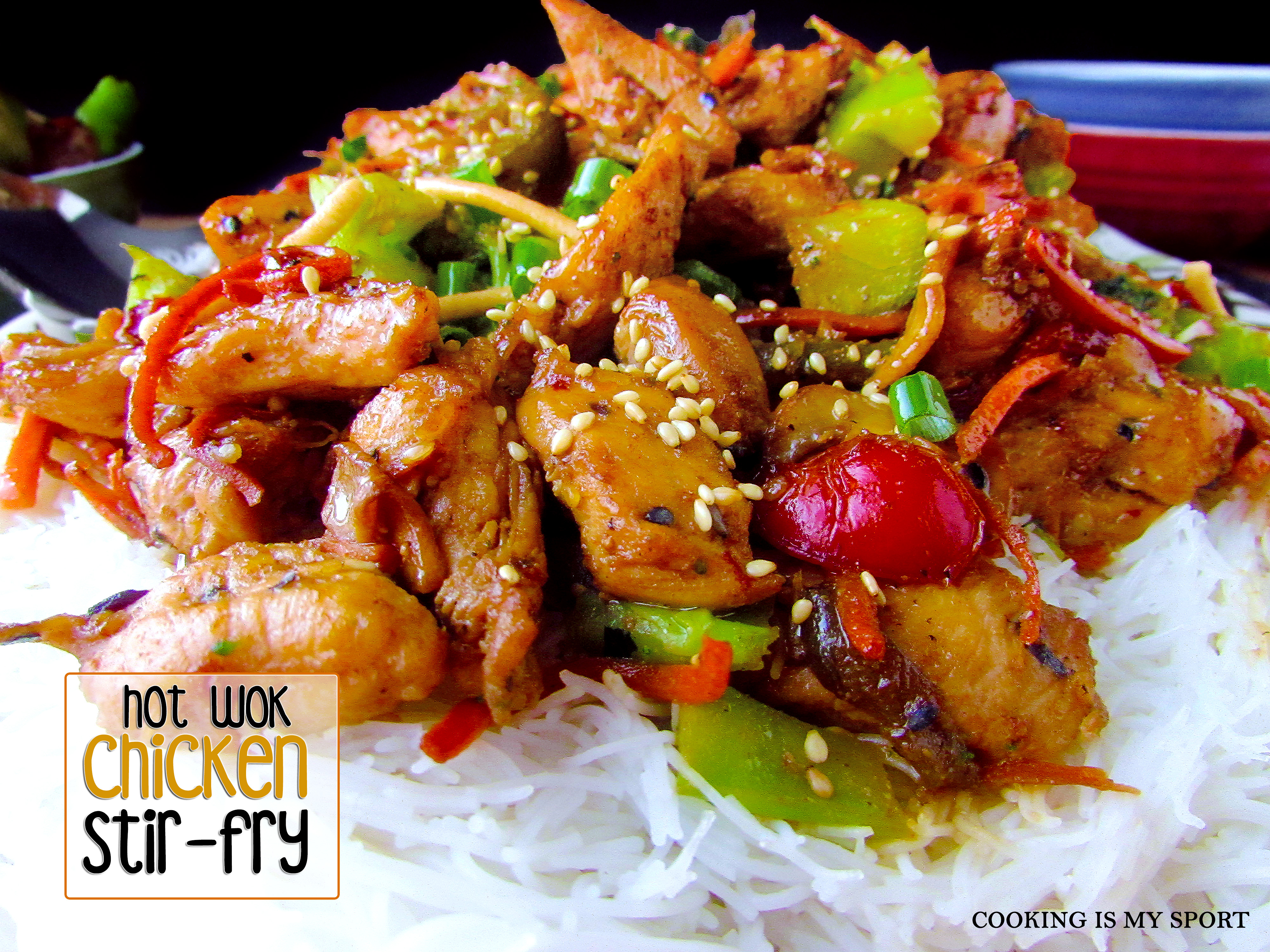 2) “Happy Family”- I’m assuming this is just a big assortment of meats and veggies stir-fried together to make one big “happy family” of a dish. It better be for what they’re charging for it. Sheesh.

3) “Phoenix and Dragon”- well, let me see. I couldn’t swear to what the protein in this would be, but I’m going to make a wild guess that whatever it is, it’s pretty spicy. The ‘phoenix’ part can obviously pass for chicken, but what’s the term used for reptiles? Do people even eat reptiles?

4) “Four Seasons”- This one I’m almost positive had four proteins in it. I mean it’s almost too easy: chicken, beef, pork, fish. The REAL question is which protein stands for which season. I’ll think about it and get back to you guys on that one. 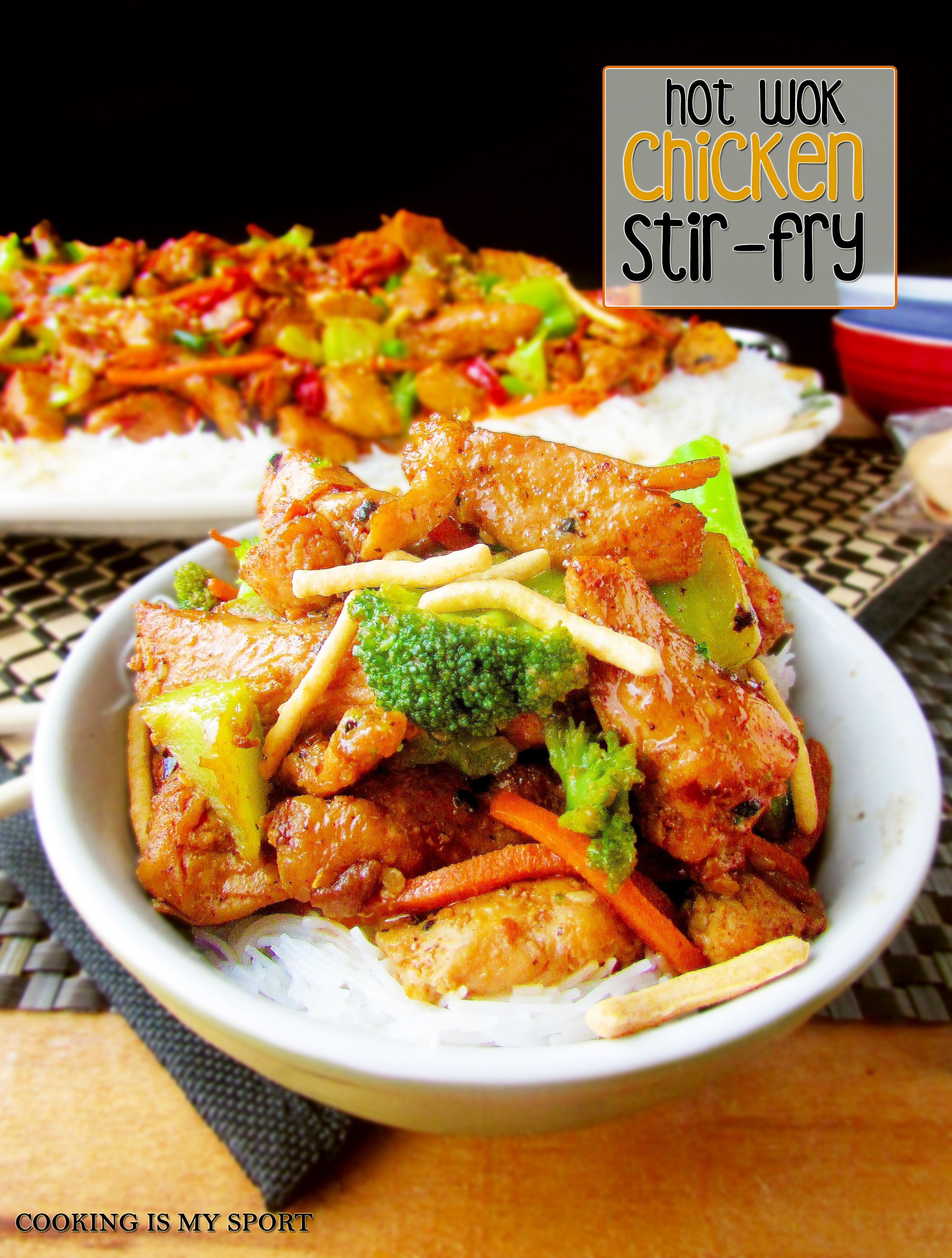 I got one of my mad, notorious cravings for some Asian stir-fry and rather than just pick up the phone and order in, I remembered that I’m a freakin food blogger and went into the kitchen to fire up my wok instead. That’s pretty impressive for me guys, so you should be giving me a pat on the back.

There really was no rhyme or reason for the ingredients I picked out when planning this recipe. I just used what I knew would be easy, and pretty accessible for most people to get. My protein of choice was chicken (which is par for the course for me), but if you’re more partial to using beef or pork, then feel free to swap it out. 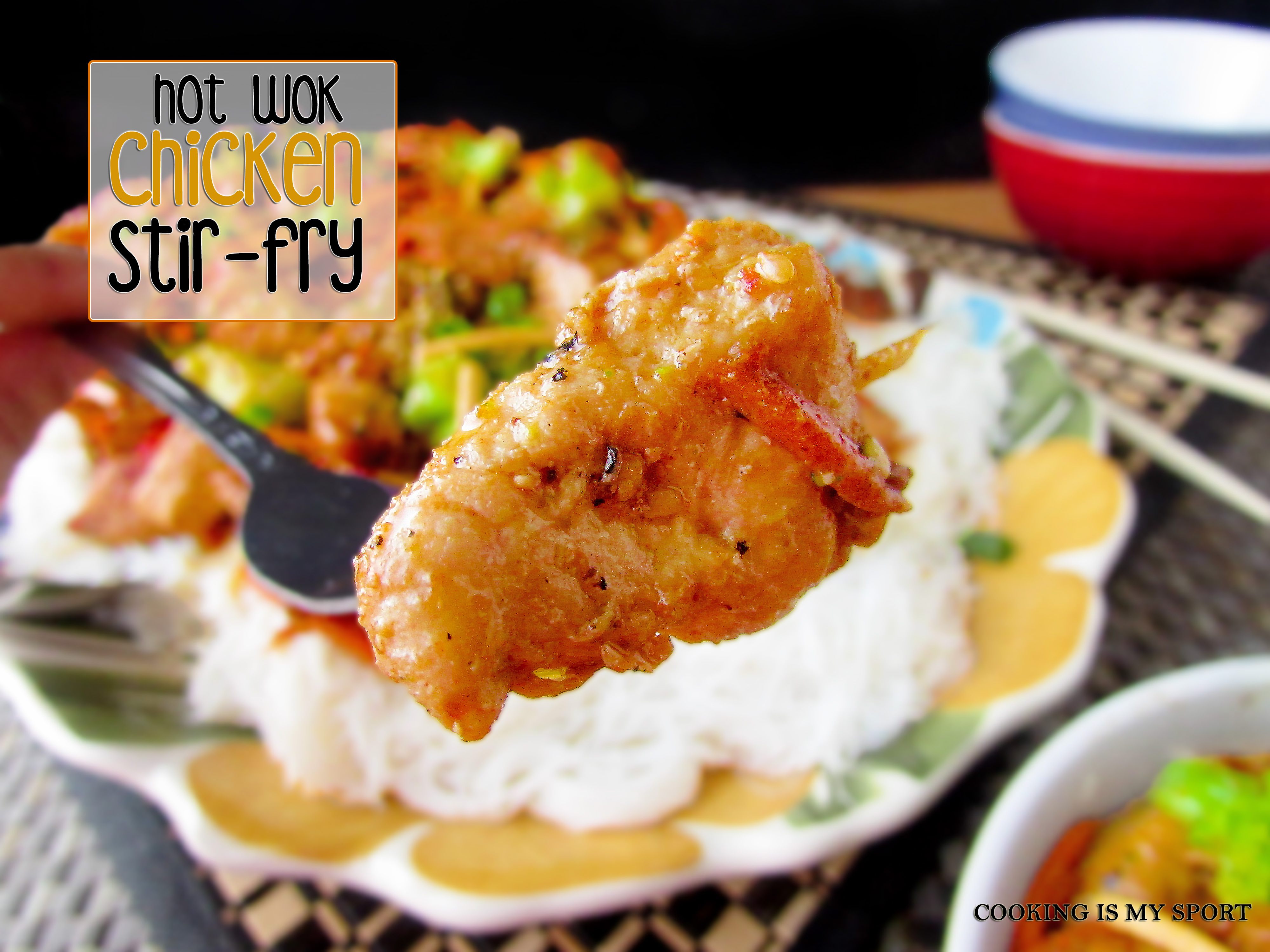 I was really very happy with how this dish turned out. There’s the perfect ratio of meat to the veggies, the sauce (although literally thrown together at the last minute) turned out really good, and what’s more the dish can feed a pretty good sized crowd. The only problem I could find with it was when I finished cooking and taking pictures and needed to come up with a good name for it to post on the blog.

See, I really, really REALLY wanted to give it one of those ‘creative’ names I’ve seen in Chinese take-out menus. Don’t ask why, I just wanted to. 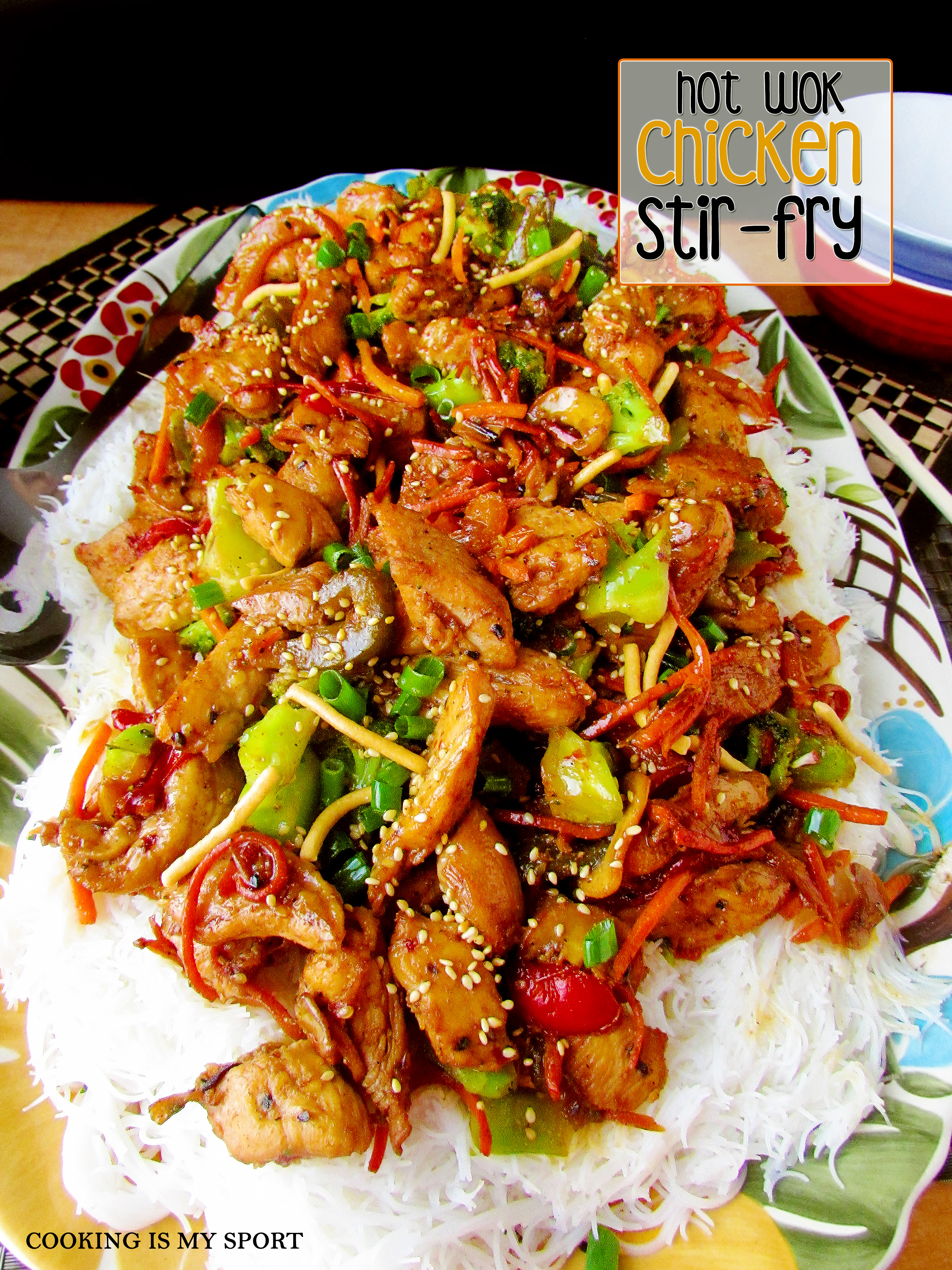 My ‘other’ hobby is writing, so at first I tried to get REALLY out there with this. My first idea was “Buddha’s Delight”, but I seemed to remember hearing of that somewhere else, so I binned it.  Then I thought maybe “Year of the Snake” would be kinda cool since according to the Chinese Calendar, that’s my animal/sign. But I just couldn’t marry the idea of a snake with a dish where the protein is chicken so that was out too. After looking at the pictures from the photo shoot the name “Rainbow Stir-Fry” occurred to me to illustrate all the pretty veggie colors. Then I said it out loud and realized that it sounded stupid.

As you guys can see, the winner didn’t turn out to be all that impressive or creative. My wok stayed pretty hot while I was cooking the dish, and the stir-fry part would also make it pretty obvious what it was to avoid any confusion.

So there you have it: Hot Wok Chicken Stir-Fry. I can promise you that it MORE than makes up for in taste what it lacks in name originality.

I’ll be bringing this over to the Fiesta Friday #56  party hosted by Angie@TheNoviceGardener and co-hosted this week by  Tina @Mademoiselle Gourmandeand Juju @cookingwithauntjuju.

1. Heat 1-2 tsp. of Asian stir-fry oil in the bottom of a wok or large skillet over medium high heat. Add the peppers and carrots and sautee until softened and slightly limp, 7-10 minutes. Remove from pan and set aside.

2. Add another 1-2 tsp. of stir-fry oil to pan and sautee mushrooms about 5 minutes. Remove from pan and place with peppers and carrots.

3. Season chicken with stir-fry seasoning in a large bowl, stirring to make sure meat is evenly covered. Add additional stir-fry oil to pan and allow to heat. Add chicken to the pan (you may have to do this in multiple batches, don’t crowd it) and sautee until completely cooked through.

5. When all of the chicken is finished cooking, add the peppers, carrots and mushroom mixture back to the pan. Turn heat up to high. Drizzle the sauce into the mixture and stir to combine. (Note: you may not need to use it all depending on how you like your stir-fry seasoned, so taste and adjust accordingly) Continue to cook until all of the liquid in the pan has been absorbed. During the last minute or so of stir-frying add the broccoli to the pan.

6. When stir-fry is completed, sprinkle chow mein noodles on top and serve atop egg noodles or vermicelli rice noodles if desired.