Sometimes, I really miss being in the very early years of elementary school.

You can’t beat ‘homework’ that consisted of coloring in the lines and tracing out capital and lower case letters.

Sitting in a circle and singing with my classmates while my teacher played “The Farmer in the Dell” on the piano was cheesy, but still fun.

Yes, all of that was fine, but when I say I really miss those early years of school, I feel I should emphasize that what I really mean was that I miss the food part of it. 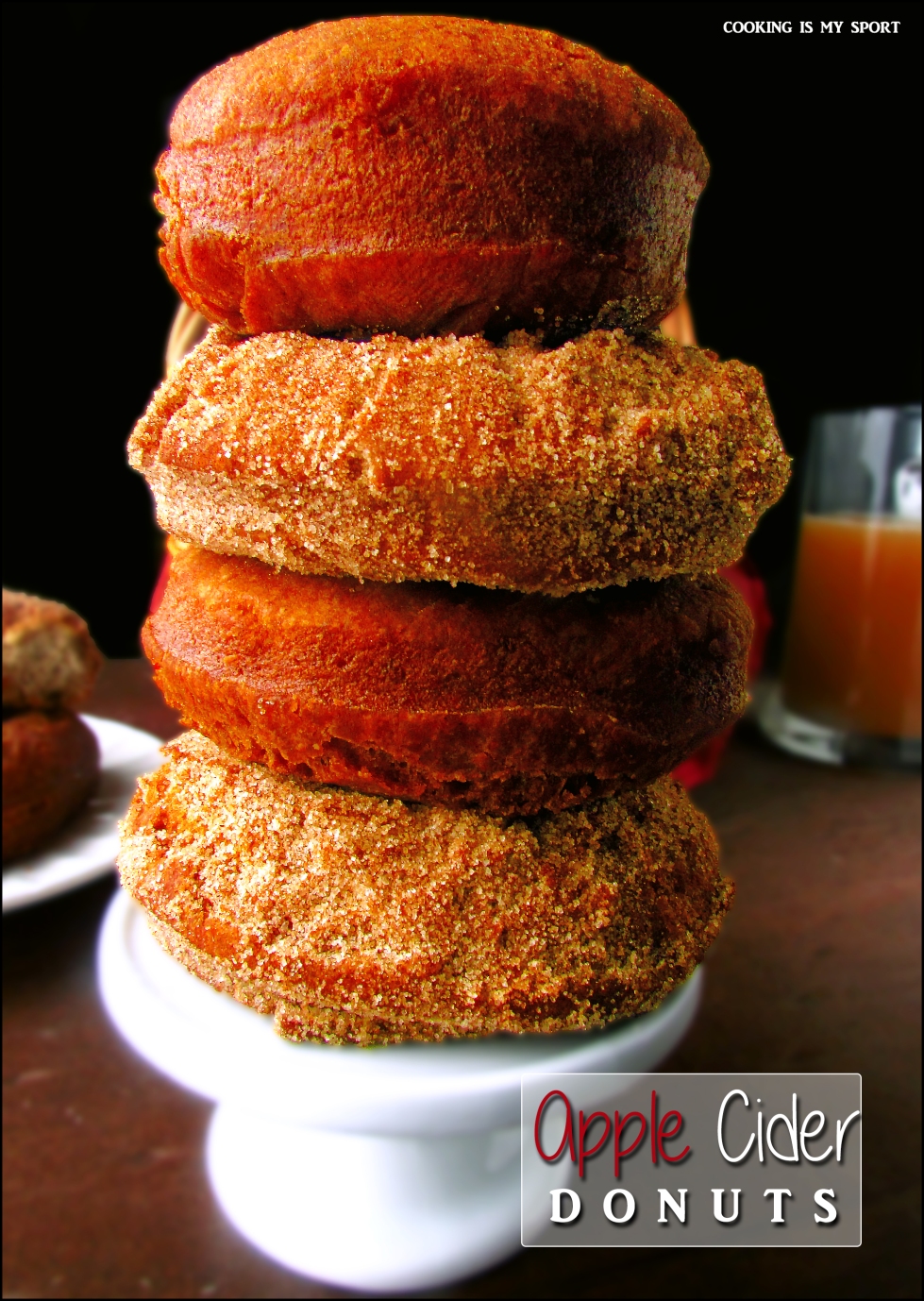 I don’t know how it was for you guys, but at my elementary school,  there were certain foods that we all knew we could count on seeing and eating every season.  Because we all know that little kids can be placated and satisfied with treats.

Actually you can still kinda say that about me now. But I digress.

At Christmas, we were given candy canes and frosted cookies. Valentines Day meant we always held class valentine and candy exchanges. Around St. Patrick’s Day we got pancakes dyed with green food coloring. And at this time of year, we knew that we were gonna go on a field trip to a real life apple orchard, and ultimately end up eating apple cider and donuts. I gotta say, of all the food ‘holidays’ we had, the Apple Cider and Donuts holiday was my favorite.

I got it into my head a little while ago that I really wanted to make donuts from scratch. Like really, really, REALLY wanted to. I took my usual poll of the family to see what they wanted. Jas wanted a cinnamon bun-style doughnut, which resulted in these absolutely heavenly Cinnamon Roll Doughnuts. Ashley (our resident apple cider addict) wanted Apple Cider Donuts. And me- well, we’ll get to that in a later post. For now, let’s just focus on these.

I had a cut out recipe from Yankee Magazine that I really wanted to try and looked easy enough for someone like me who’s never made her own donuts from scratch before. At first after rolling and cutting out the dough, I was skeptical that I had done it wrong as the dough didn’t seem thick enough to give me the thick, fluffy cake donuts that I had originally wanted to make. However, once these babies hit the hot oil in the deep fryer, they puffed ALLLLLLL the way up. The intense apple flavor of these is really just amazing, and I do think that it was due to the concentrated flavor that came from the boiled cider, so don’t skip that step. I poured about a cup of cider into a small saucepan and let it simmer down until it had reduced to about a 1/3 cup. Not too difficult at all. I did these two ways: one half of the batch I just left plain, as that’s how Ashley likes them. The other half I dunked still warm into a cinnamon sugar mixture. The softness of the donuts combined with the subtle crunch of the sugar? Pure Heaven in my mouth, guys.

I’m taking these to this week’s Fiesta Friday #37, hosted by Angie@TheNoviceGardener and co-hosted this week by  Julianna @Foodie On Board and Hilda @Along The Grapevine. Cheers, guys.

1. In a large bowl using a hand-held or standing mixer fitted with a whisk attachment, beat together sugar and butter until mixture is pale and fluffy, 4-6 minutes. Add eggs, one at a time, beating a minute after each. In a medium-size bowl, whisk together flour, salt, baking powder, baking soda, cinnamon, and nutmeg; set aside.

3. Line two baking sheets with waxed paper or parchment paper and dust generously with flour. Turn dough out onto one baking sheet and pat gently into 3/4-inch-thickness. Sprinkle dough with additional flour, cover with plastic wrap, and place in the freezer for 10 minutes to firm up. Remove dough from the freezer; use a lightly floured 3-inch doughnut cutter (or two concentric biscuit cutters) to cut out about 18 doughnuts with holes. (You may gather the scraps and roll again as needed, but you may need to chill the dough more to firm it up.) Place cut doughnuts on the other baking sheet as you go; then transfer to the freezer for 5 minutes to firm up again.

5. Repeat with the remaining dough (if you find that it’s getting too soft as you work your way through the batches, pop it into the freezer again for 10 minutes). When doughnuts are cool enough to handle but still warm, sprinkle all over or roll doughnuts in with cinnamon sugar or confectioners’ sugar. Serve immediately.