So today, I’d like to say a few things about September 27th.

On September 27th, 1983, basketball legend Larry Bird signed a seven-year contract with the Boston Celtics worth $15 million. The contract made him the highest paid Celtic in history.

A baby girl was delivered by C-section in a hospital on a remote Army base in Montana. She was me.

So yeah, guys: tomorrow (September 27th) will be my 25th birthday. I’ve officially hit the middle of my twenties-five years past twenty…and five years away from being thirty. Ouch. Why does just typing that out make me feel old?

Birthdays haven’t been very much of a big deal to me for years. I’ve never actually had a birthday party. Most of them have either been spent at home while my mom or grandma made me a special dinner and cake, or in more recent years, out for a celebratory dinner at a restaurant. Not much of a big deal, which is fine with me. I’m a self-proclaimed introvert and I my social life is very private. I don’t need much of a fuss.

This year however, was special in that, this was the first time that I’ve ever made me and Jas our own birthday cake. I’ll admit, the blog was a huge factor in pushing me to make that decision. I usually don’t make very many cakes in our house, but for some reason I just felt a necessity to bake a  really good birthday cake for a post. So after running several different ideas by Jas, I finally settled on this cake as one.  We both were very impressed with the result. Despite the title, I wouldn’t say that the flavor mimics a snickerdoodle cookie perfectly- however, you get a lot of the cinnamon, earthy and rich flavors that remind you of autumn baked goods. The texture is very moist and soft, thanks to the sour cream.The icing really sends the whole dish over the top- it’s good enough to eat off a spoon, no joke. 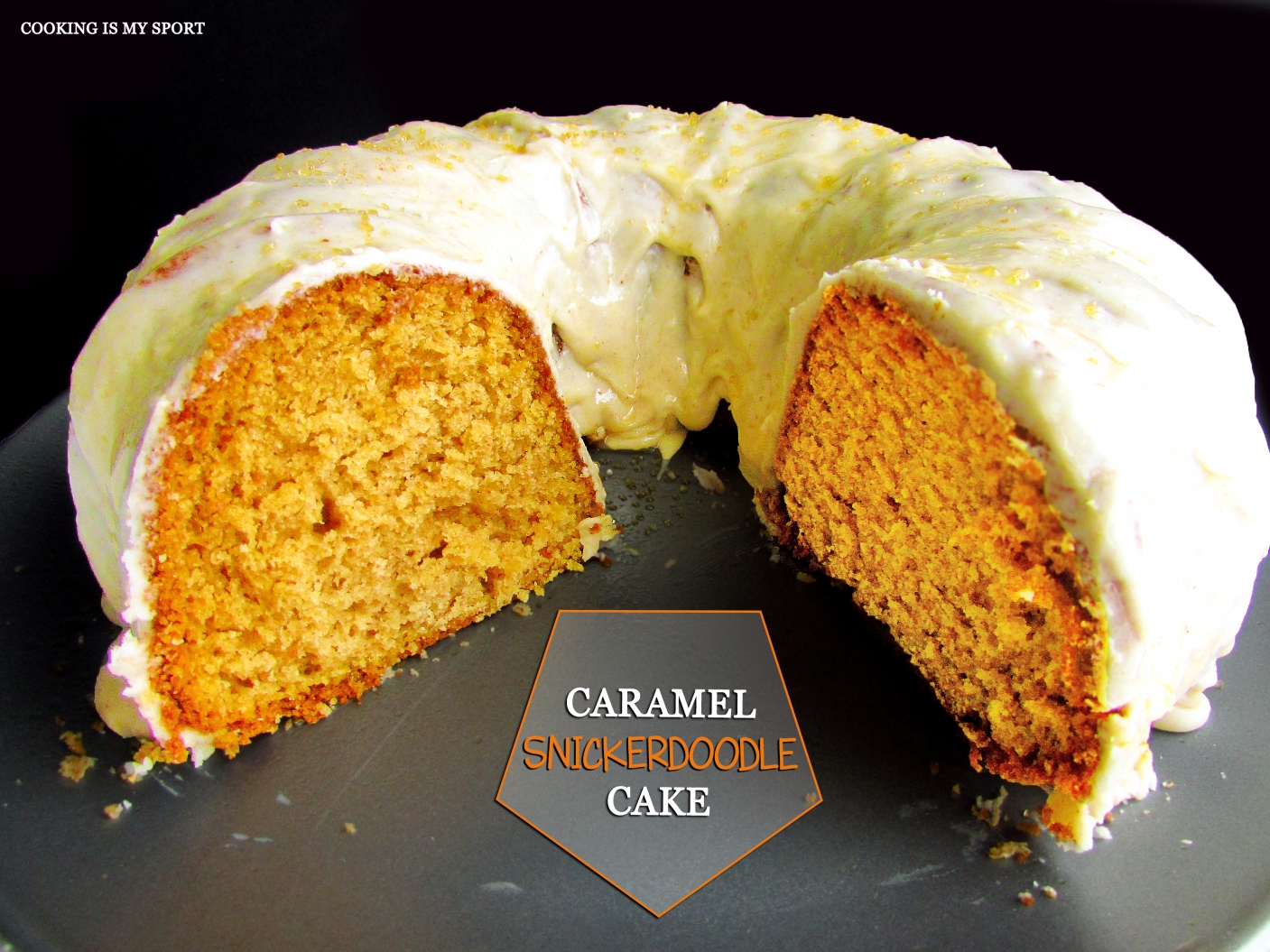 I’d like to give a small shout out to my twin sister Jas real quick:

We made it to 25 years, chick. Thanks for being a pretty awesome ‘womb-mate’ for nine months, and an even greater roommate for the last 25. It’s been a great ride. You’re not just my twin sister- you’re the person who knows me the most in the entire world- both the good and bad. Happy Birthday. You know I love you.

I’ll be taking this cake to this week’s Fiesta Friday #35, hosted by Angie@TheNoviceGardener and co-hosted this week by Prudy and Naina. Hope to see you all there 😉

2. Grease 12-cup fluted tube cake pan with shortening. In small bowl, mix 2 tablespoons of the sugar and 1 teaspoon of the cinnamon. Sprinkle mixture over inside of pan, turning to evenly coat. Shake out any excess.

5. Bake 40 to 50 minutes or until toothpick inserted in center comes out clean. Let stand 30 minutes; remove from pan. Cool completely, about 1 hour.

6. Combine all remaining ingredients. Add more powdered sugar or milk if need be to achieve correct consistency. Icing should be slightly thicker than a glaze, but not as thick as a frosting. Using offset spatula, spread icing over cooled cake. Allow to harden for about 30 minutes. Serve.