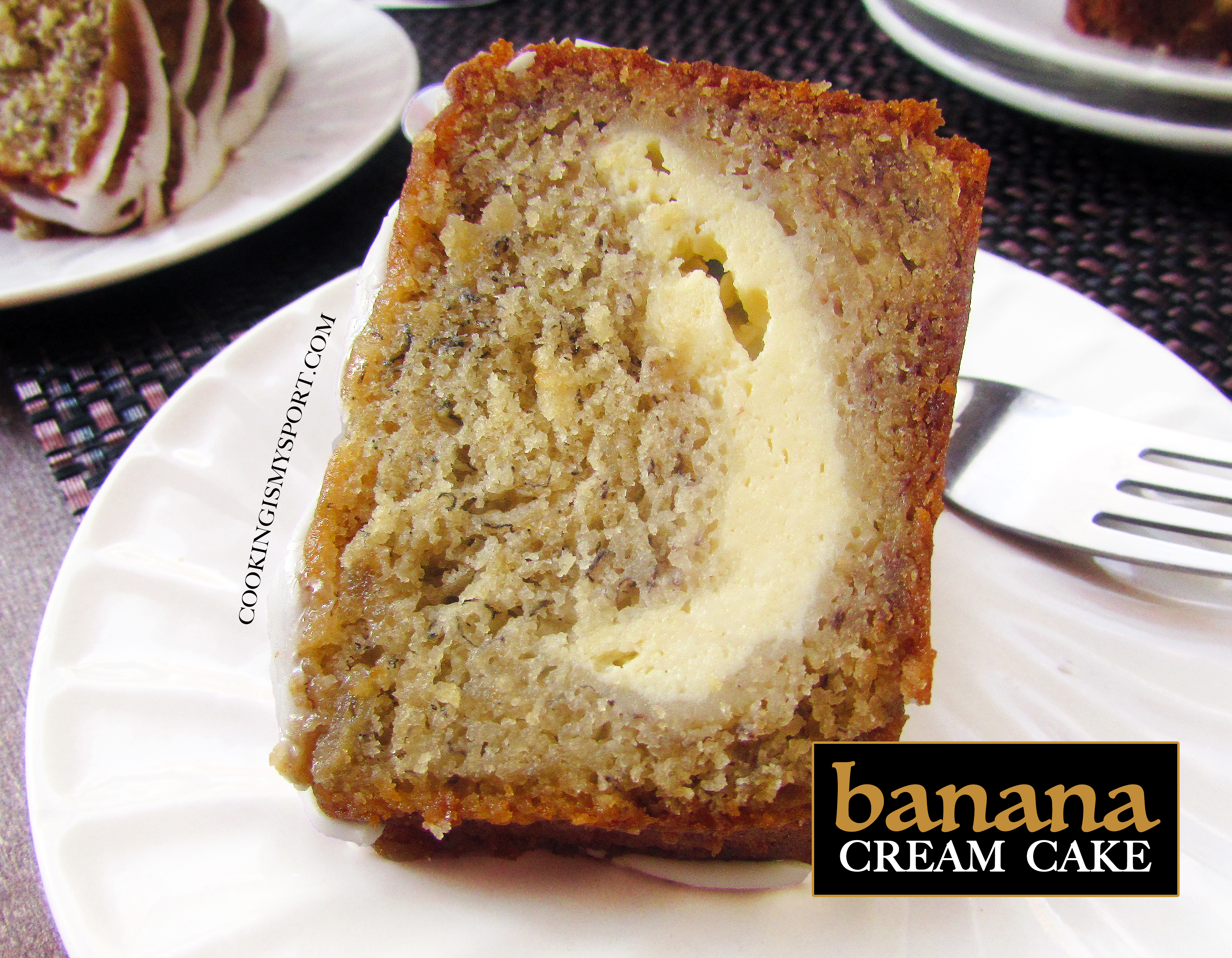 In last week’s post I said that rather than wait for the autumn weather to kick in before I started posting ‘autumn recipes’ and comfort food, I would just start baking & posting autumn recipes and let the weather catch up to me later.

This week, the temperature dropped around 10-15 degrees in our area. 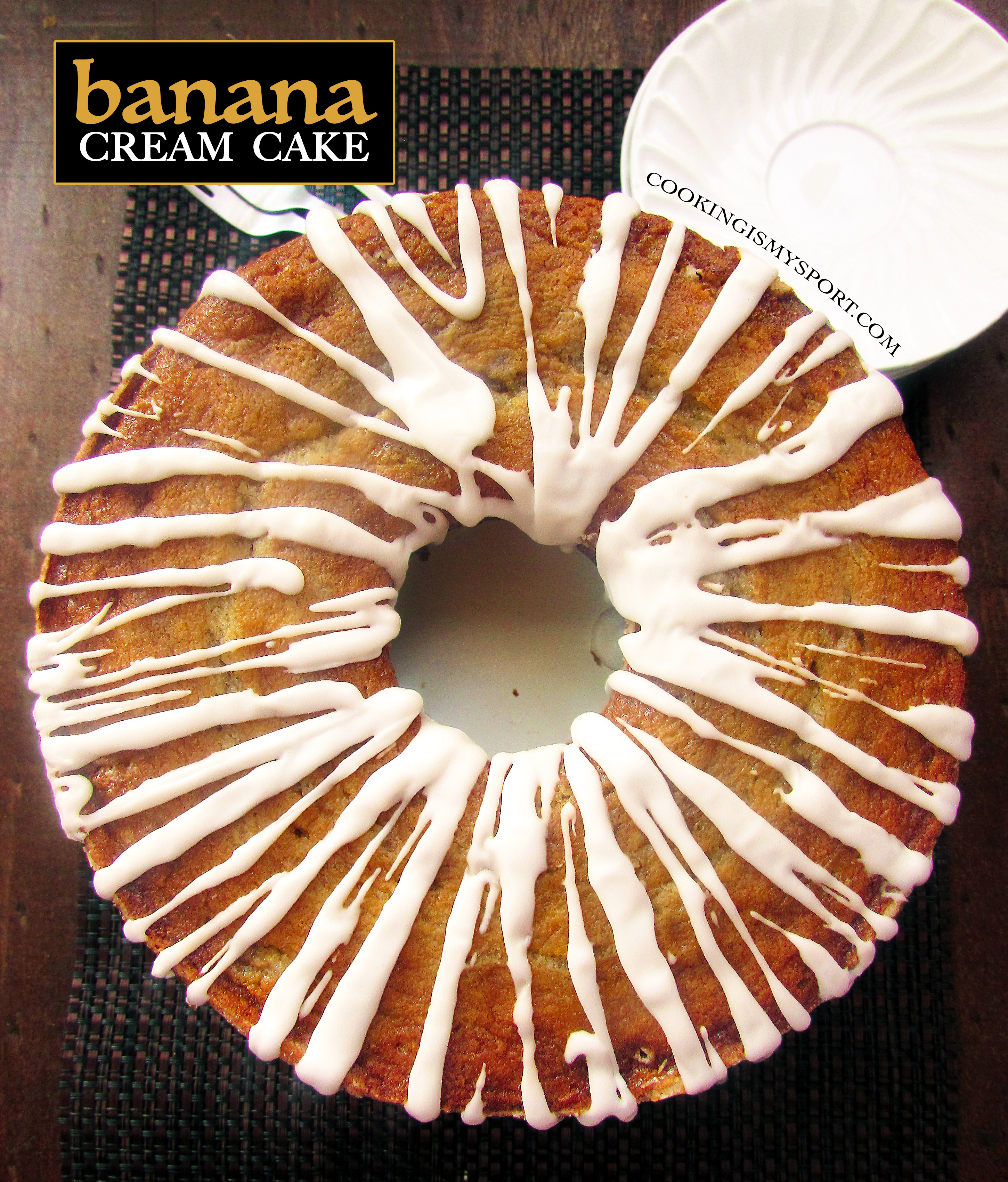 Iiiiiiiii would like to think I had a thing or two to do with it.

(Probably not, it’s likely due to some natural–or rather unnatural, because, global warming–causes but I’m claiming the credit for it anyway.)

The weather is cooling down because it’s trying to align with my autumn baking. What can I say except, you’re welcome? 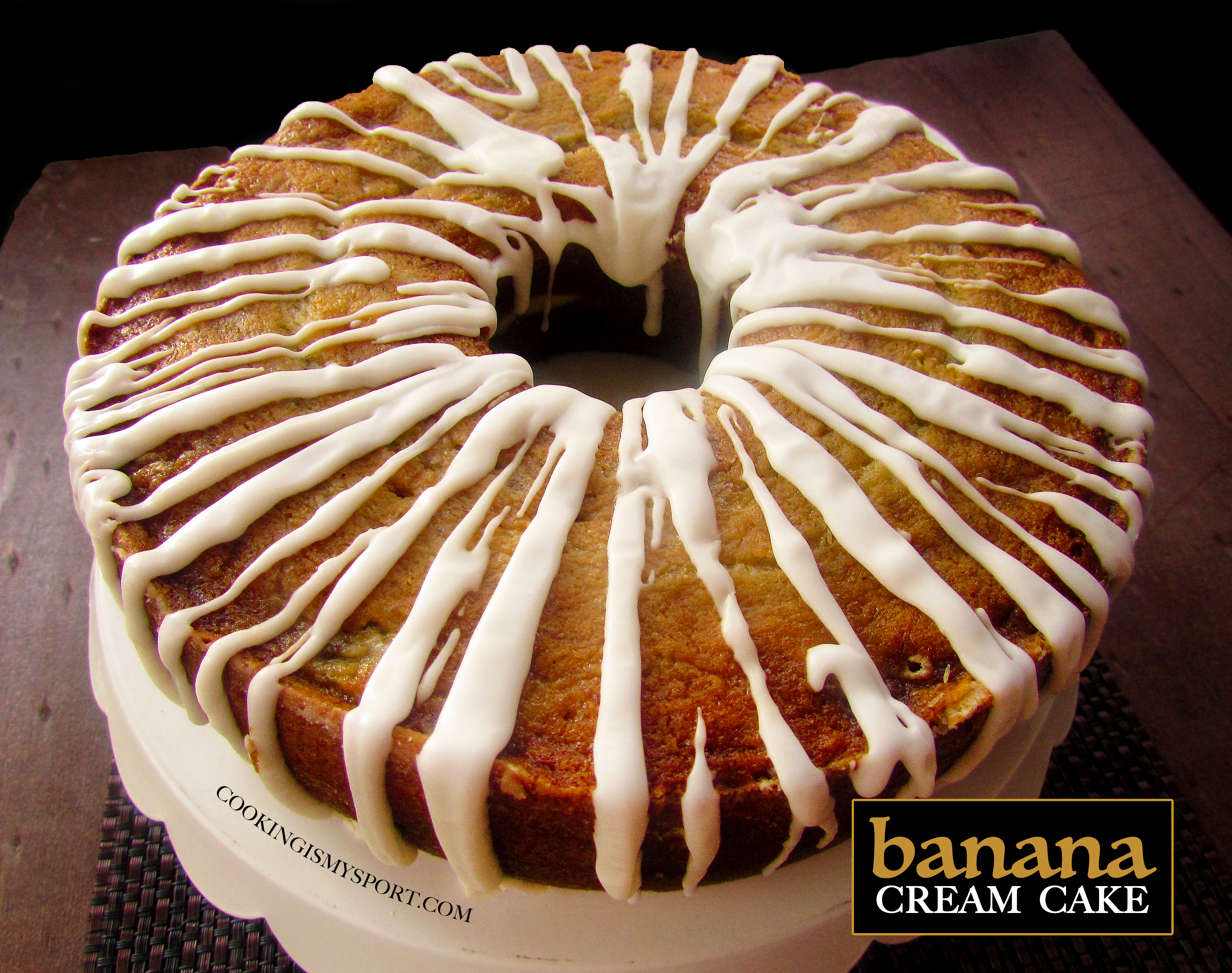 This week’s recipe happened because of a tale as old as time.

Bananas are ripe. Too ripe to eat. Girl is now stuck with four overripe bananas. 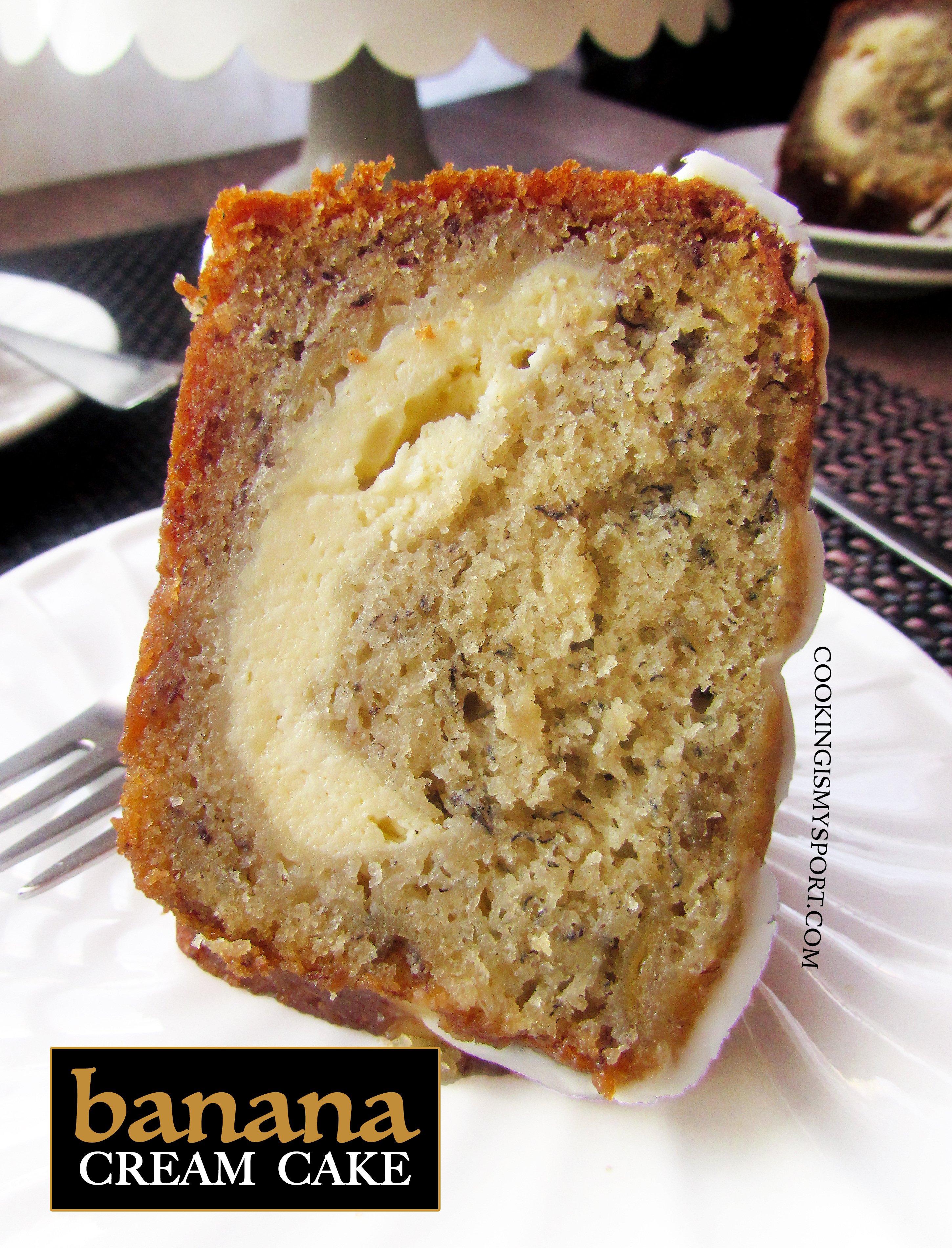 I guess ‘stuck’ is a little harsh. Bakers know that overripe bananas are really a blessing in disguise–they give you an excuse to put a healthy fruit into a not-as-healthy baked treat. Oftentimes, that treat is banana bread. Banana bread is great and easy, as are banana muffins. This time around though, I decided to try to go with something a bit different than what I was used to. It’s not too much more difficult than the bread or muffins, but I’ll tell you what: it IS a good deal greater. 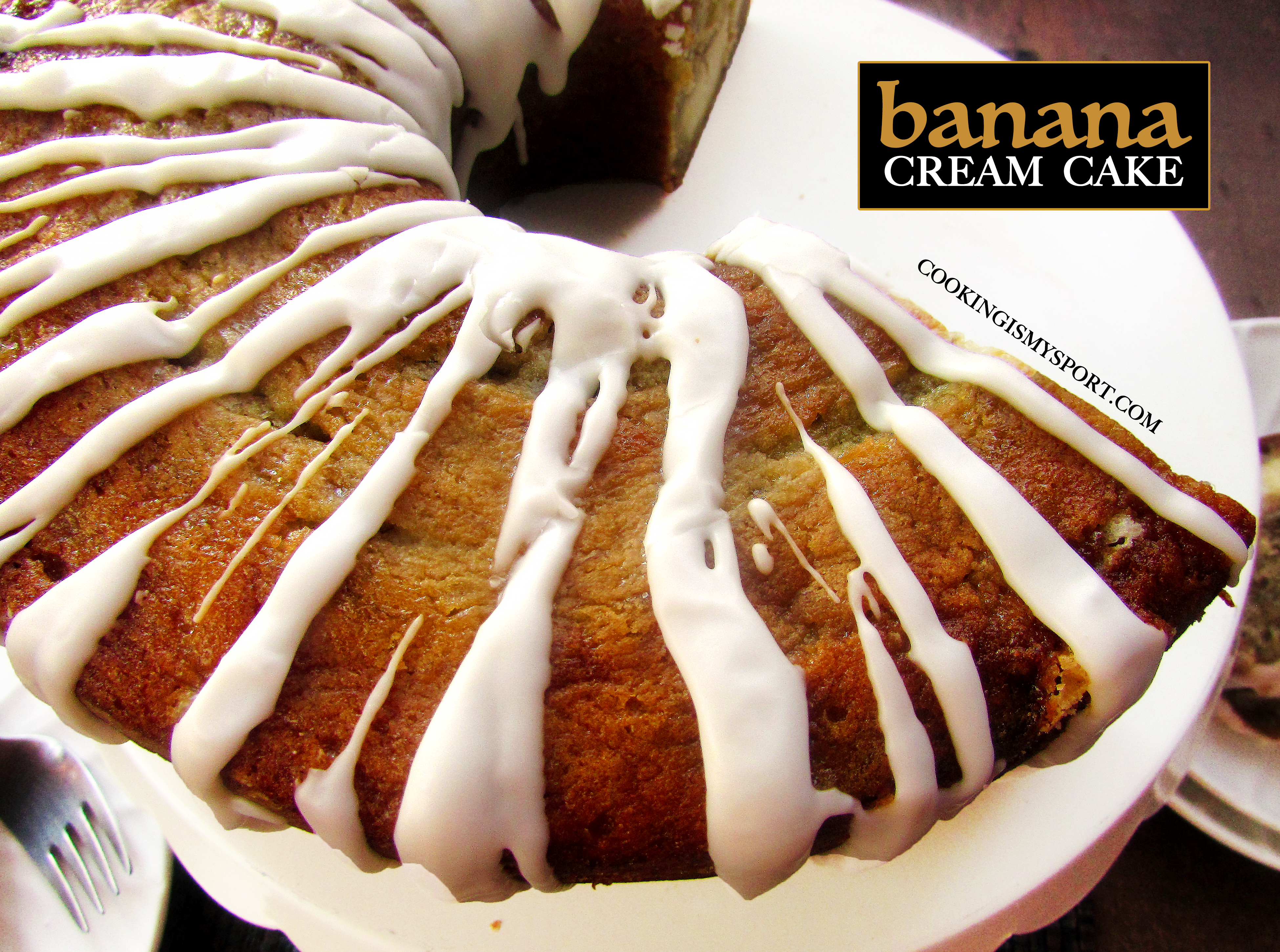 One of the reasons that I love using bananas in cake is that they lend themselves really really well to cake batter. Why? Because the fat and moisture content in them helps keep the finished cake INCREDIBLY moist. So long as you’re using overly ripe bananas, it’s going to be quite difficult to overbake/dry that sucka out. This is a perfectly delicious banana cake all on its own. It’s then made even more delicious by a ribbon of vanilla cream cheese filling that gets poured on top of half the batter, then the other half of the batter is poured on top of that. The smells alone as it bakes are glorious. As for the taste…you can probably guess.

What can I say except…you’re welcome?

In the bowl of a standing mixer (or using a handheld one) use the paddle attachment to cream together the butter and sugar until light and fluffy. Add the eggs, one at a time, mixing just until the yellow disappears. Use a spatula to scrape down the sides of the bowl as you go to ensure even mixing.

Add the mashed bananas, stirring just until combined. With mixer on low speed, gradually beat dry ingredients and milk mixture alternately into batter. (Start and end with the flour mixture) Beat for 1 minute. Remove batter to a bowl.

Beat the cream cheese in the standing mixer bowl until it’s smooth. Add the egg and vanilla, stirring just until combined.

Pour half the batter into the tube pan. Use a teaspoon to spoon the cream cheese filling evenly around the center of the cake batter. Carefully spoon remaining cake batter over filling, covering completely.

Bake for 45-50 minutes or until top is brown and springs back lightly when touched. Remove from oven and cool in pan for 10 minutes before inverting onto cake plate.

For the icing, combine the powdered sugar with enough milk until it forms a smooth but still somewhat thick icing. Use a fork to drizzle over the cake. Allow to sit for about 30 minutes, until hardened.

Linking up to Fiesta Friday #247, co-hosted this week by Antonia @ Zoale.com and Laurena @ Life Diet Health.