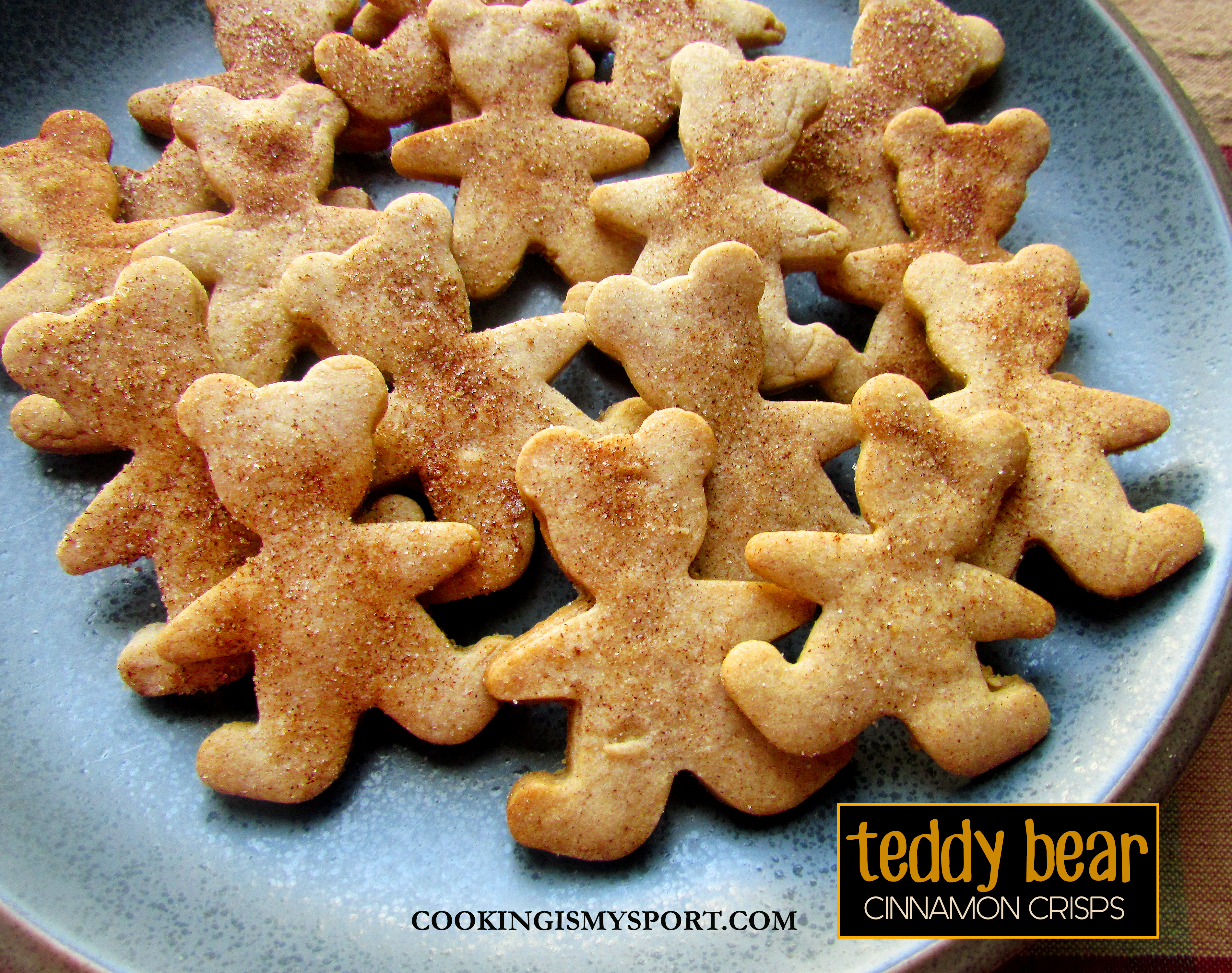 I’m running a little short on time, so this post (like this recipe) is going to be short, simple and sweet.

I really like Teddy Grahams. They’re small little graham flavored crackers made by Nabisco and they’re really quite scrumptious. When I was growing up, they came in a few different flavors: Chocolate, Chocolatey Chip, Honey and Cinnamon. (From what I understand, there are more now, but I’m not too interested in them.) My favorite were the Cinnamon and the Chocolatey Chip. This is both a good thing and a bad thing. The good thing is that the Chocolatey Chip ones are immensely popular and as such, can be found just about anywhere. 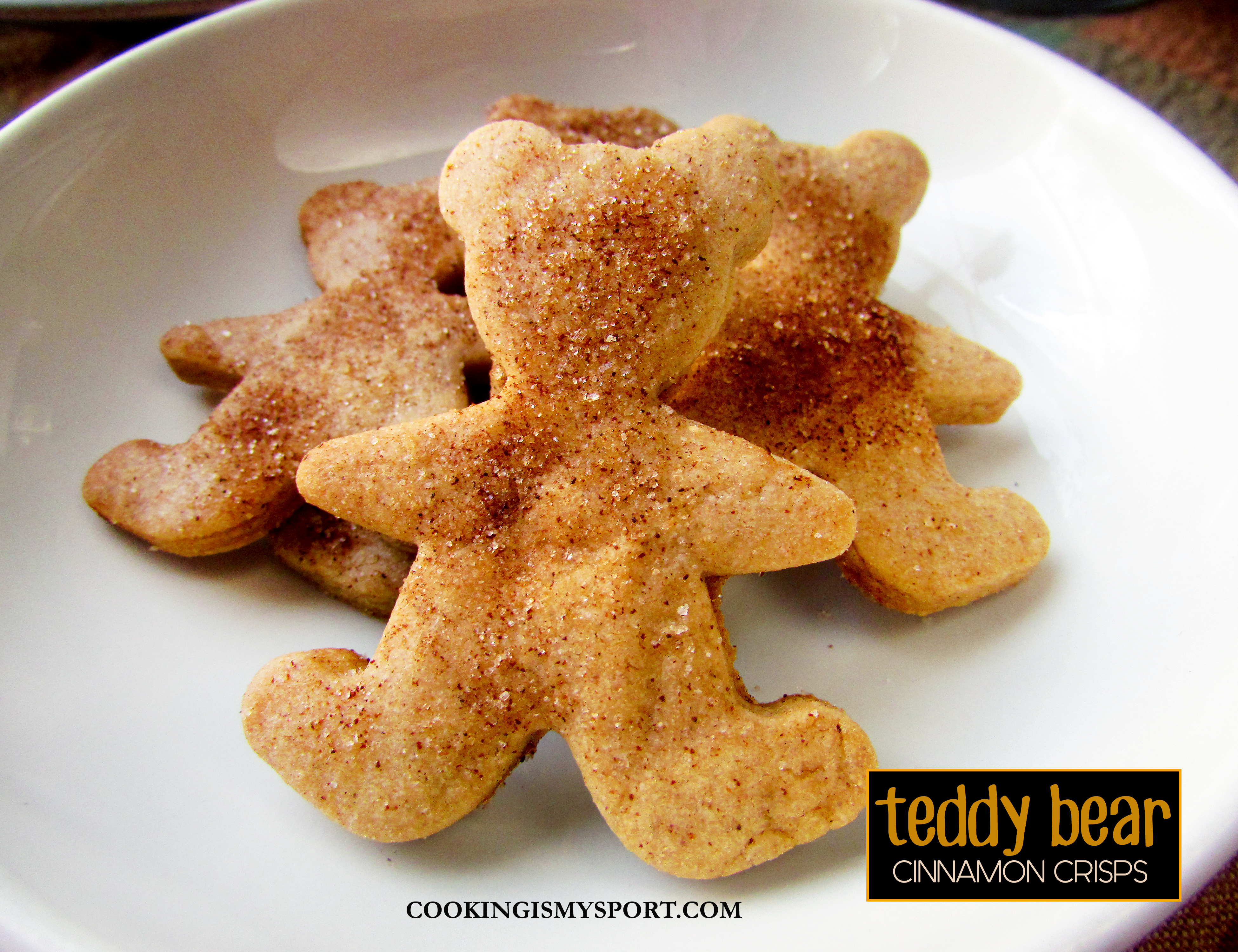 The bad news is that, for whatever reason, the Cinnamon ones are not. At least not in this area. I can’t find them anywhere. I happen to like the Cinnamon ones a tad bit better than I do the Chocolatey Chip, so this is…inconvenient.

But y’know, whatever. It’s a temporary setback and I do like myself a good baking challenge. 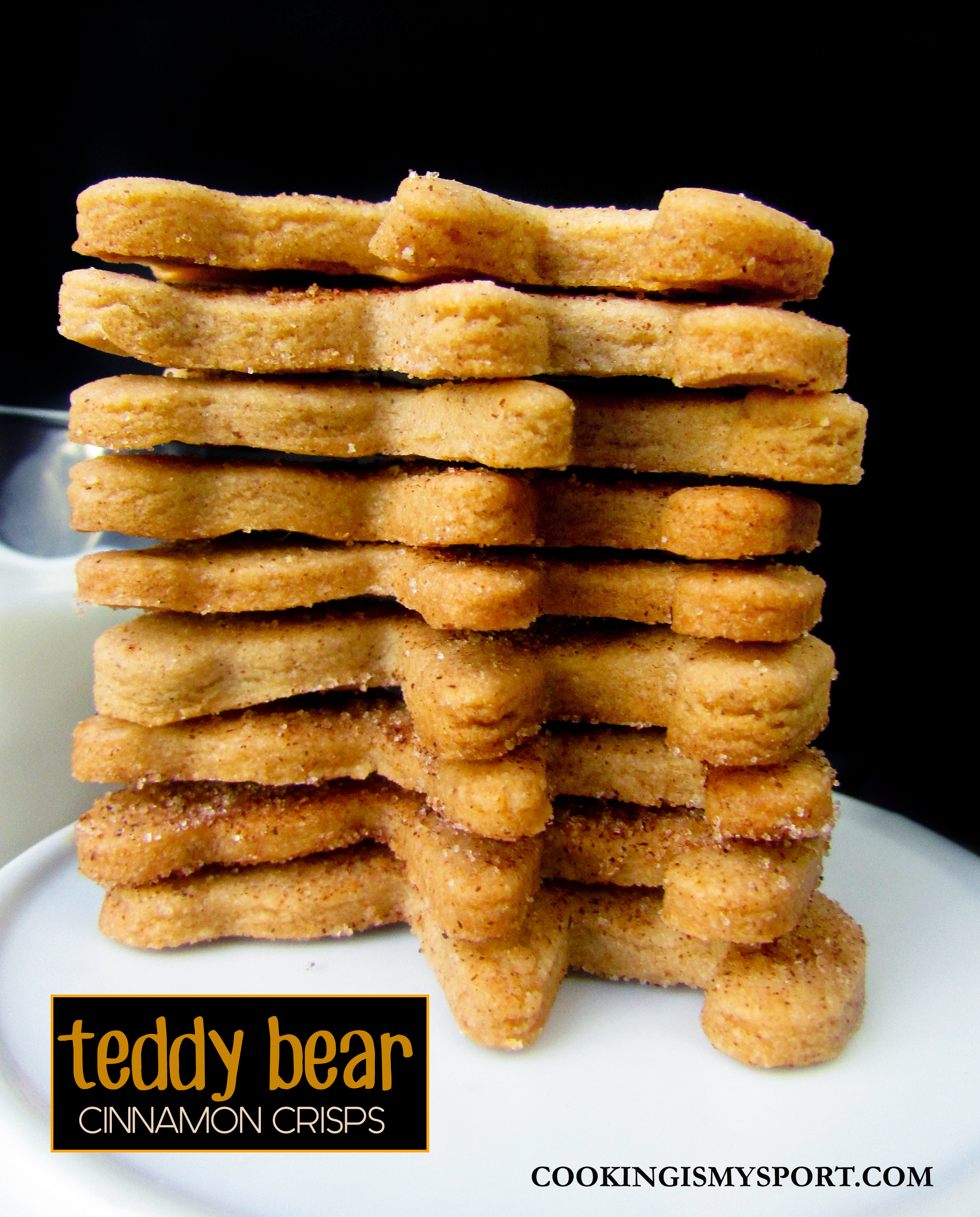 If you’ve been following the blog over the past year, then you’ll know that I’ve been experimenting with making my own crackers at home with pretty good results. I love the simple process of it almost as much as I love all the different flavor options there are available. On the way home from the grocery store on yet another recent failed attempt to find Cinnamon Teddy Grahams, I thought that maybe I should just stop looking elsewhere for them and start looking in my own kitchen. 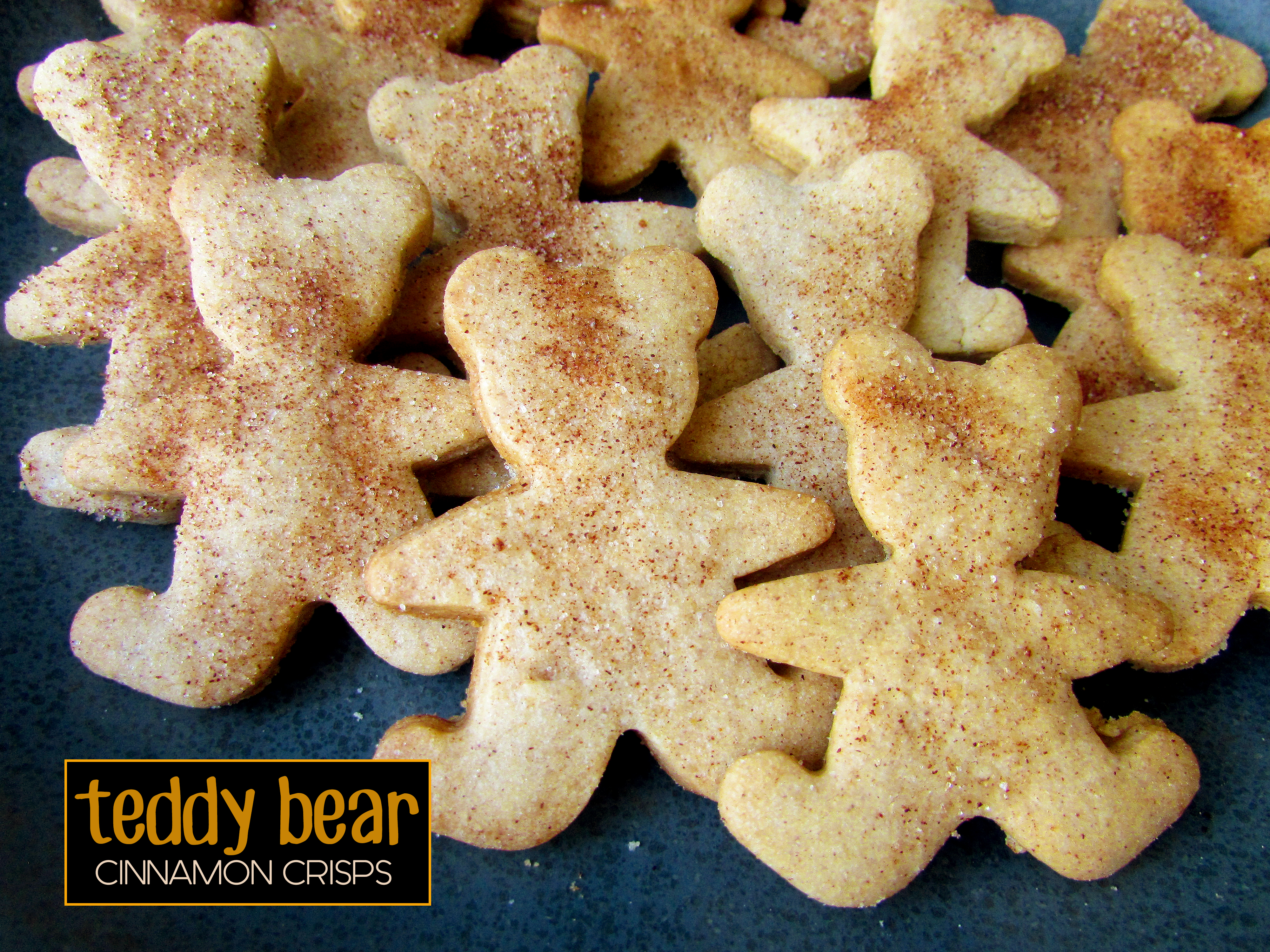 This recipe really couldn’t be easier to put together. There’s a trio of spices of cinnamon, mace and cloves that gives it plenty of warm, toasty flavor. Brown sugar rather than white gives the crackers a richer taste. It all comes together within minutes, but does require a rest in the fridge to give the dough a chance to rest, which you definitely want because cracker dough needs to be rolled out VERY thing in order to ensure that the finished product has the right crispness. They were originally plain on the tops, but I decided to give them another layer of texture by sprinkling cinnamon sugar on them just before baking.

In the first place, they smell like warm, sugary spice & everything nice. I wish I could get the scent captured in a candle or something–it’s much better than the vanilla candles you see in stores that are so cloying and overpowering that they just end up triggering your gag reflex. They bake up a nice golden brown with a pleasant, crispy snap while the spices also give them a flavor that does remind me of the Cinnamon Teddy Grahams.

I said I was in a hurry and I am. You guys remember why? Yep yep yep. Black Panther is now released in theaters in the U.S. and I’m on my way to see it now. I’m so excited I can hardly stand it, but my wait is offically over, so it’s ttfn.

(Linking this up to Fiesta Friday #211, co-hosted this week by Lily @ Little Sweet Baker and Alisa @ Livin’ Well.

In a small bowl combine the flour with the salt and spices with a fork.

In a large bowl or the bowl of a standing mixer, cream together the butter and both sugars until light and fluffy. Add the egg and the vanilla, using a rubber spatula to scrape down the sides of the bowl to ensure even mixing.

Sift in the flour mixture to the butter mixture (not all at once, in about 3 batches) until just combined.

Shape the dough into a disk, wrap in plastic wrap and refrigerate for at least one hour or overnight.

Preheat oven to 350 degrees Fahrenheit. Place a sheet of parchment paper on a sheet pan and lightly spray with cooking spray.

In a small bowl combine the ingredients for the topping and set aside. Sprinkle a work surface like a wooden cutting board, a pastry mat or wax paper with flour. Cut the dough into quarters. Keep the quarters you’re not using in the fridge while you work. Use a floured rolling pin to roll out each piece of dough very thin (about 1/8th inch). Use a cookie cutter of your choice (I used a teddy bear one) or a pizza wheel, bench scraper or knife to cut dough into shapes. Arrange the cookies on the baking sheet (you will probably need more than one). When you’ve finished, refrigerate the cookies on the sheet pan for about 15 minutes.

Lightly spray the cookies with cooking spray, then sprinkle the cinnamon sugar on top. Bake in the oven until golden brown, about 10-12 minutes. Allow to cool on baking sheet for about 1 minute before removing to wire racks to cool completely.