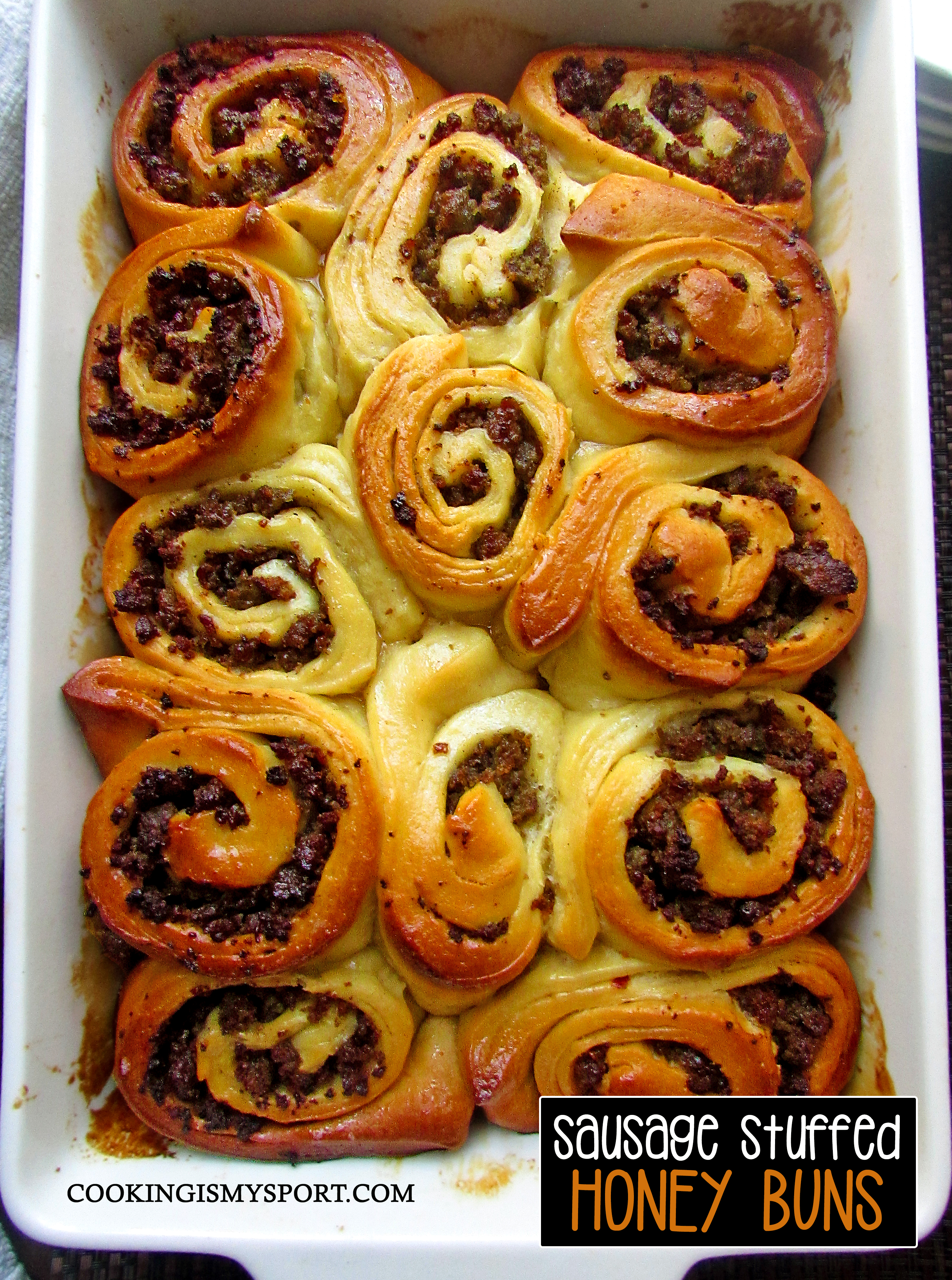 I have a confession to make.

I don’t think I’ve ever admitted it to anyone before. I’m pretty sure I’ve never even said it out loud. I considered keeping it to to myself and taking this huge, scandalous secret with me to my grave just because I know that it’s going to shock some (and maybe a lot) of you. You might even second guess or doubt my instincts for taste and good food. I’ve tried to deny it. I’ve tried to change it. But it’s just no good. This is just who I am. This is my truth and well, here it is:

I…don’t like the Little Debbie Honey Buns. At all. 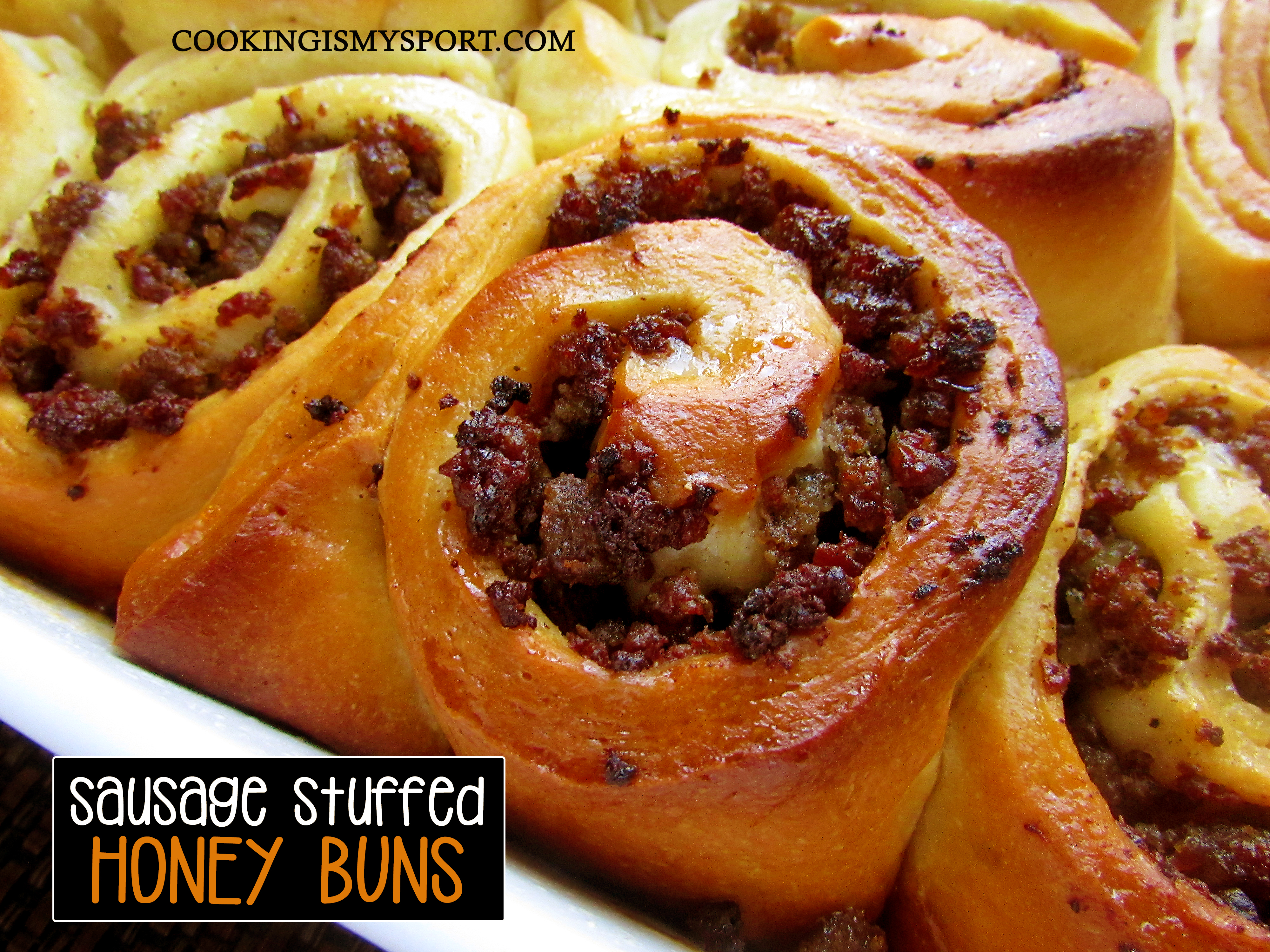 I know, right? But calm down. Take a deep breath. Just let me explain.

When I was growing up as a kid, Little Debbie snacks were almost like a form of currency on the school bus, at lunch tables, lockers, the playground, etc. A few of my classmates and a drama teacher had full running ‘businesses’ hocking a pop up shop of candy, pickles and Little Debbie treats. Weird? Nah, not really. They made a killing off it because as it turns out, kids love candy, pickles and Little Debbie snacks. I remember being jealous of their profits. But I guess I just didn’t have the ‘entrepreneur’ knack…or more importantly, the start-up funds from my mom to kickstart a hustle of my own. 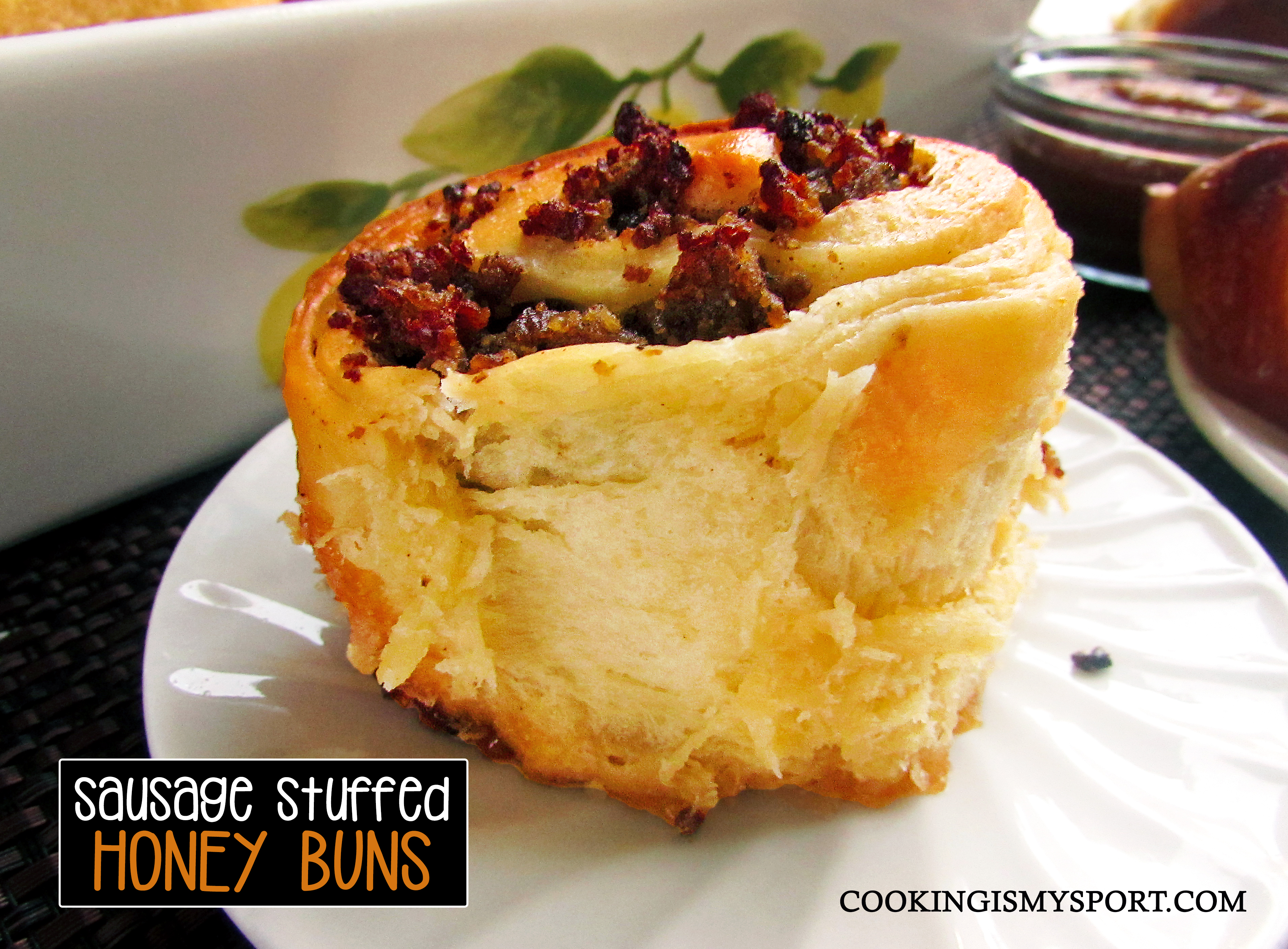 Don’t get me wrong y’all, I’m not knocking Little Debbie snacks entirely. There are several that I did and still DO think are tasty; the Donut Sticks for one.  Oatmeal Cream Pies for another. And Star Crunch. Terrible for you? Yes. Delicious? Double Yes.

All of the above snacks would be apart of the pop up stores, lunch room swaps and locker purchases in my childhood. But the biggest seller–I mean the one that was the *most* popular, hands down–were the Honey Buns. Everyone loved Honey Buns. For those that still don’t know what the hell I’m talking about, Honey Buns are yeast pastry buns flavored with ‘honey’ and ‘cinnamon’, then dunked in a thick layer of ‘icing’. I have my reasons for throwing the quotation mark shade, and they have everything to do with my distaste of the infamous Honey Bun that last to this day. 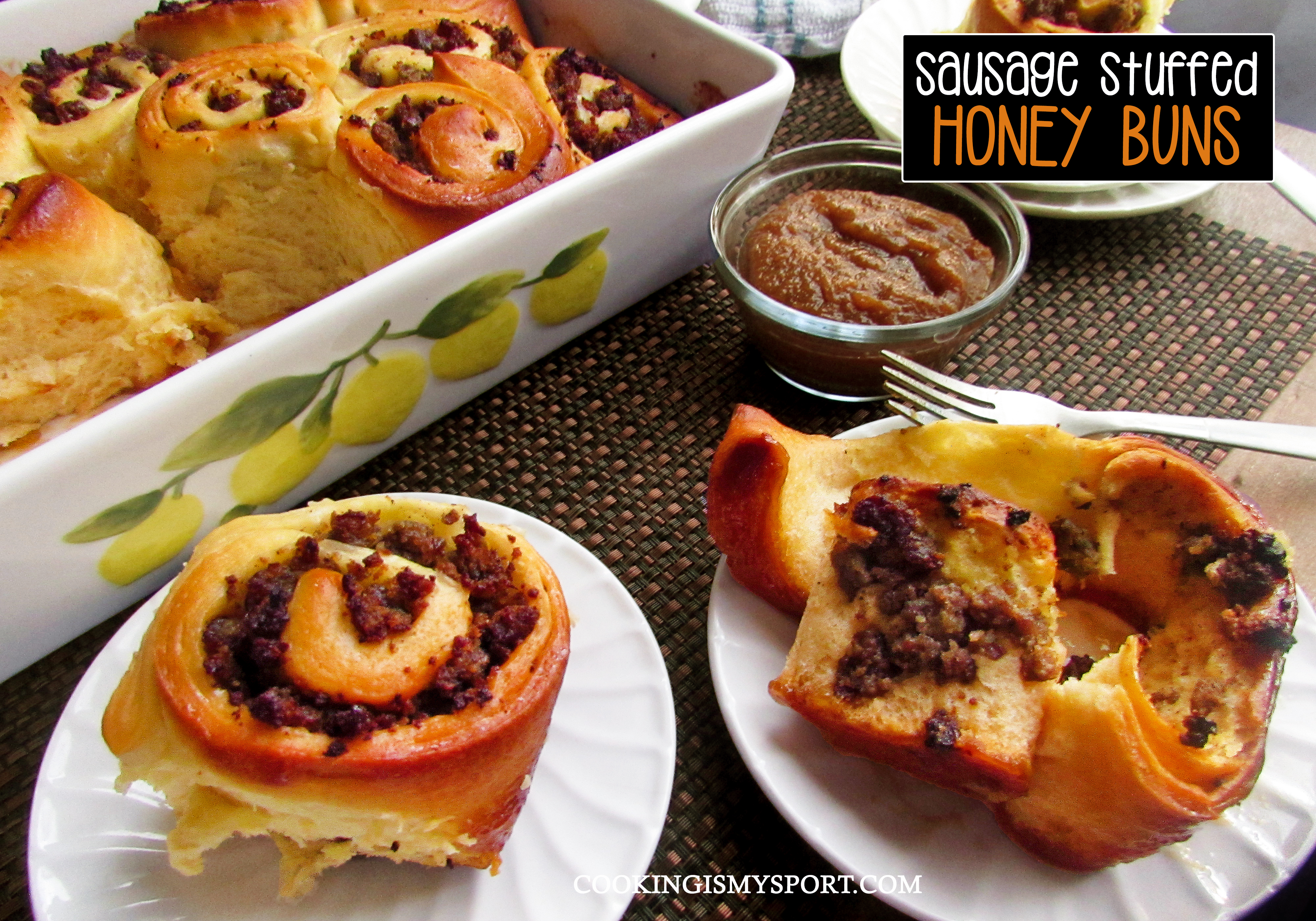 Like many other mass produced packaged snacks, Honey Buns are loaded with preservatives. I realize that this just comes with the territory but whatever the preservatives are that used to make them, they don’t gel with my taste buds. I’m just speculating here, but I’m pretty sure the amount of actual honey and cinnamon that are in a finished Honey Bun isn’t…much. And it shows.

And then there’s that icing. Oh God, that icing. The texture is what throws me off. It’s gloopy. It’s gelatinous. It’s…y’all I don’t even *know* what it is, and I’m pretty sure I don’t want to. What I do know is that I find it yucky and it’s a large part of why I never liked Honey Buns and finally stopped trying to. 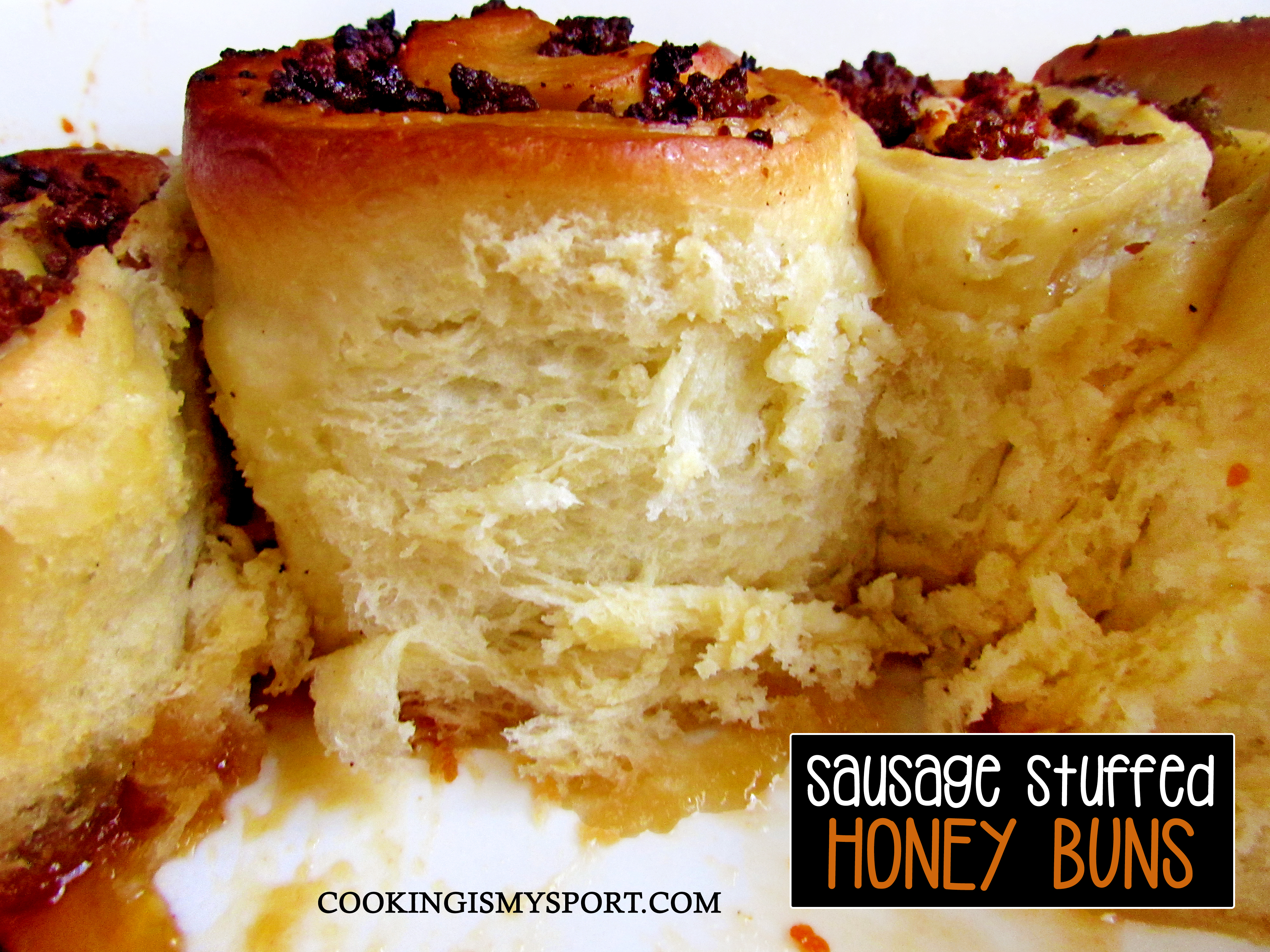 Look guys, if you’re a huge fan of Little Debbie Honey Buns, that’s fine. You’re not alone. Quite a lot of other people are.

But the way I see it, if you’re going to indulge in a Honey Bun, why not make it an actual…honey bun? Y’know, one where the dough is fresh baked and isn’t loaded with preservatives, where it can go beyond just a snack and actually act as a filling breakfast, a bun where there’s  more than just a thimble sized amount of honey involved?

Do I have a your attention yet? Good. 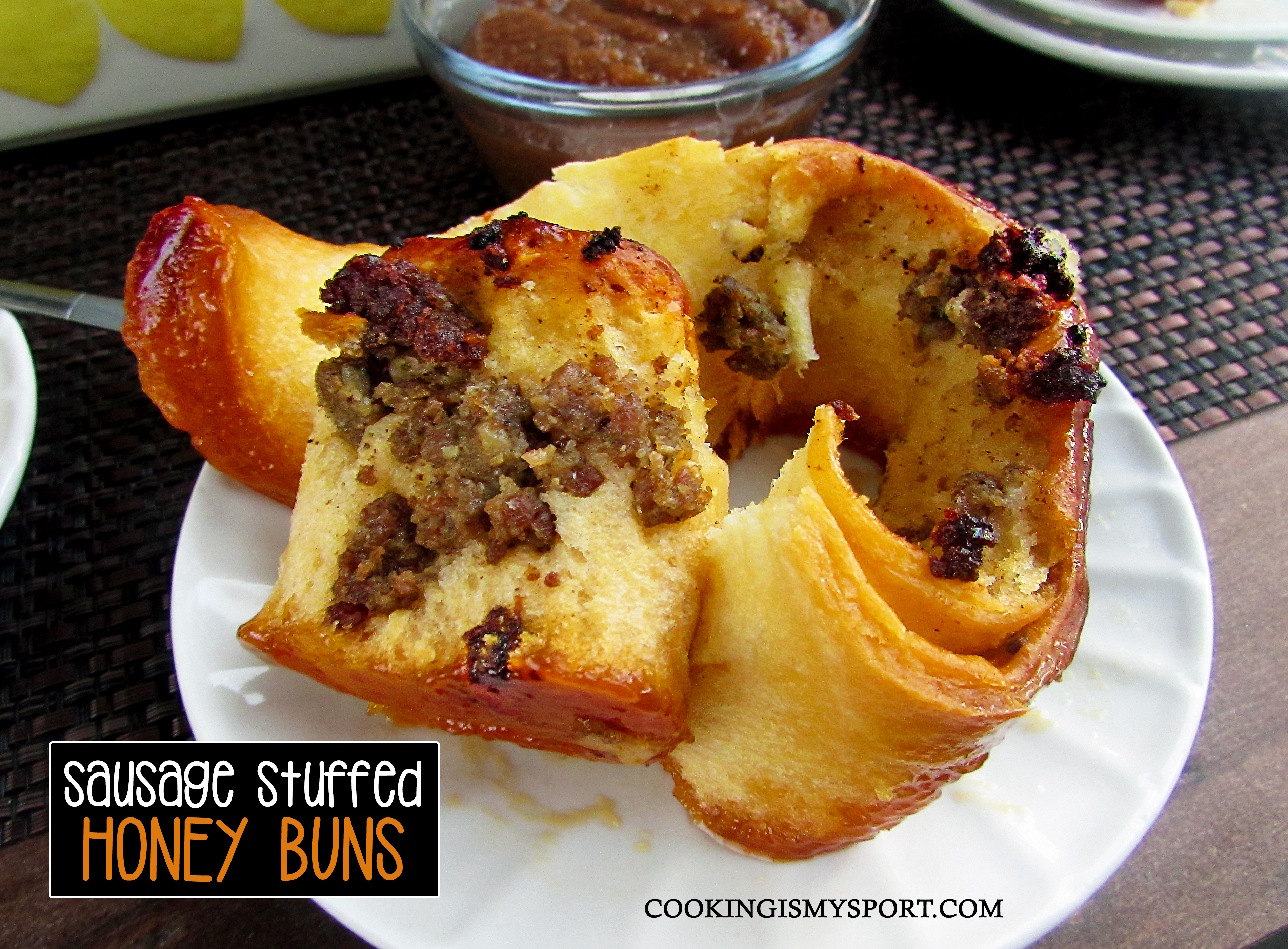 As you can see, these aren’t a thing like the Little Debbie Honey Buns, and frankly I think that’s a plus. The dough is soft, fluffy and chewy. They’re crammed with breakfast sausage that I browned then flavored with brown sugar, cinnamon, pepper and (of course) honey. After that, they’re rolled up cinnamon bun style, but wait! Now we’re at the *really* good part: an ACTUAL HONEY glaze that’s lightly flavored with orange juice/zest is both brushed on top of the rolls as they bake, but also poured beneath them in the pan. What this results in, is a thicker,, stickier, syrupy glaze that you can drizzle and drag the rolls through once they’re finished. It’s everything.

I don’t know about you, but I feel so much better. I got a huge load off my chest and shared an awesome recipe with y’all all at once. That’s a great way to go into the weekend. Hope all of yours is a good one. Be easy.

Sharing this post at Fiesta Friday #198, co-hosted this week by Judi @ cookingwithauntjuju.com and Liz @ Spades, Spatulas and Spoons.

For Glaze: Melt the butter in a 2-3 quart saucepan.  Stir in the rest of the glaze ingredients into the saucepan. Bring to a boil, reduce heat to a simmer and allow to cook for an additional 10-15 minutes. Remove from the heat and allow to cool.

For the Sausage Filling: Heat about 1/2 tablespoon of oil in a skillet. Brown the sausage in the skillet in crumbles. Remove from heat and drain well. Move sausage into a medium size bowl and stir in the butter, honey, cinnamon, pepper and brown sugar. Set aside and allow to fully cool.

For Buns: Heat milk in a 3-quart saucepan over medium until bubbles begin to form around the edge of pan. Remove from heat and set aside.

Combine warm water and yeast in a 1-cup measuring cup. Sprinkle 1 tablespoon of the white sugar on top of the yeast mixture. Allow to sit for 10 minutes, until bubbly.

Add yeast mixture, salt, 2 cups of the flour, and 1 tablespoon of the granulated sugar to warm milk; stir until relatively smooth. Place mixture in a warm place (85°F) until bubbly, 10 to 15 minutes.

In the bowl of a standing mixer, cream the shortening with the paddle attachment (or using a handheld mixer) until fluffy. Add the 2/3 cup of sugar and beat together until combined. Add the eggs, one at a time. Gradually spoon in the yeast mixture to the shortening-sugar mixture, mixing on low in batches until combined. Add remaining 3 cups flour, in batches, beating just until blended after each addition.

Replace the paddle attachment with the dough hook; beat dough on medium speed until smooth, 10 to 12 minutes.  Turn the dough out onto  floured surface and knead with your hands for an additional 2 minutes. Grease/oil a bowl and place dough inside, covering with plastic wrap and  damp towel. Allow to stand in a warm place for 1 hour until doubled in size.

Spray a 13 x 9 inch baking dish with cooking spray. Pour 1 1/2 cups of the honey glaze in the bottom of the dish, being sure to cover all corners (you can pour in more if you want a more gooey, sticky bottom on your buns). Set aside.

Punch dough down on a floured work surface to deflate air bubbles. Divide in half, place one half back in bowl and re-cover with plastic wrap. Roll out the other half to a rectangle, about  10- x 8-inches. Sprinkle one half of the sausage filling over the dough, leaving 1 inch border around. Starting from the long end, roll into a tight cylinder and pinch together to seal.  Cut off & discard the two short ends to create smooth, even buns. Cut cylinder crosswise into 4 to 5 (1 1/2-inch-thick) rounds. Place each bun cut side down in the baking dish. Repeat with second dough half and sausage filling. When finished, cover the baking dish with plastic wrap & a damp towel and allow to rise in a warm place until doubled in size 30-40 minutes.

Preheat oven to 375°. Bake buns on middle oven rack until golden brown on top, 55 minutes to 1 hour. (If buns are getting too brown, cover with aluminum foil after baking 30 minutes.)  When finished, brush or drizzle some of the remaining honey glaze on top of buns.