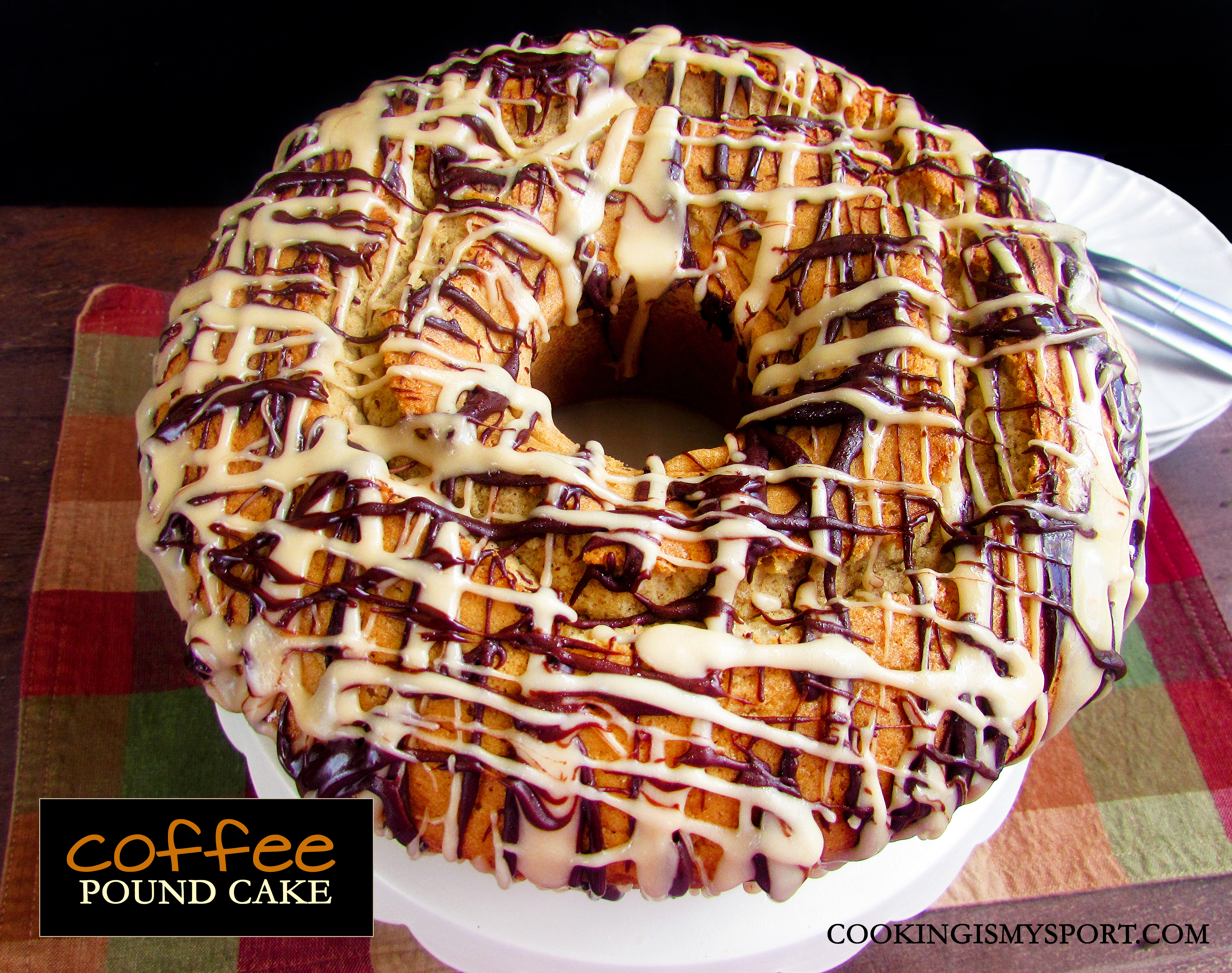 Coffee and I have a long, complicated history with each other. I’ll swear it off for a while, feel like I’ve finally kicked the habit once and for all…then have just the right kind of bad day to where I’ll say “Screw it” and just throw myself back into the java river with no regrets. Until the time comes when I’m ready to swear it off again.

Wash. Rinse. Repeat. It’s a cycle that never ends. I should just stop trying to pretend like it will. Coffee and me may have a turbulent history, but we’ll always end up going back to each other. We break up to make up. And boy, do we know how to make up. 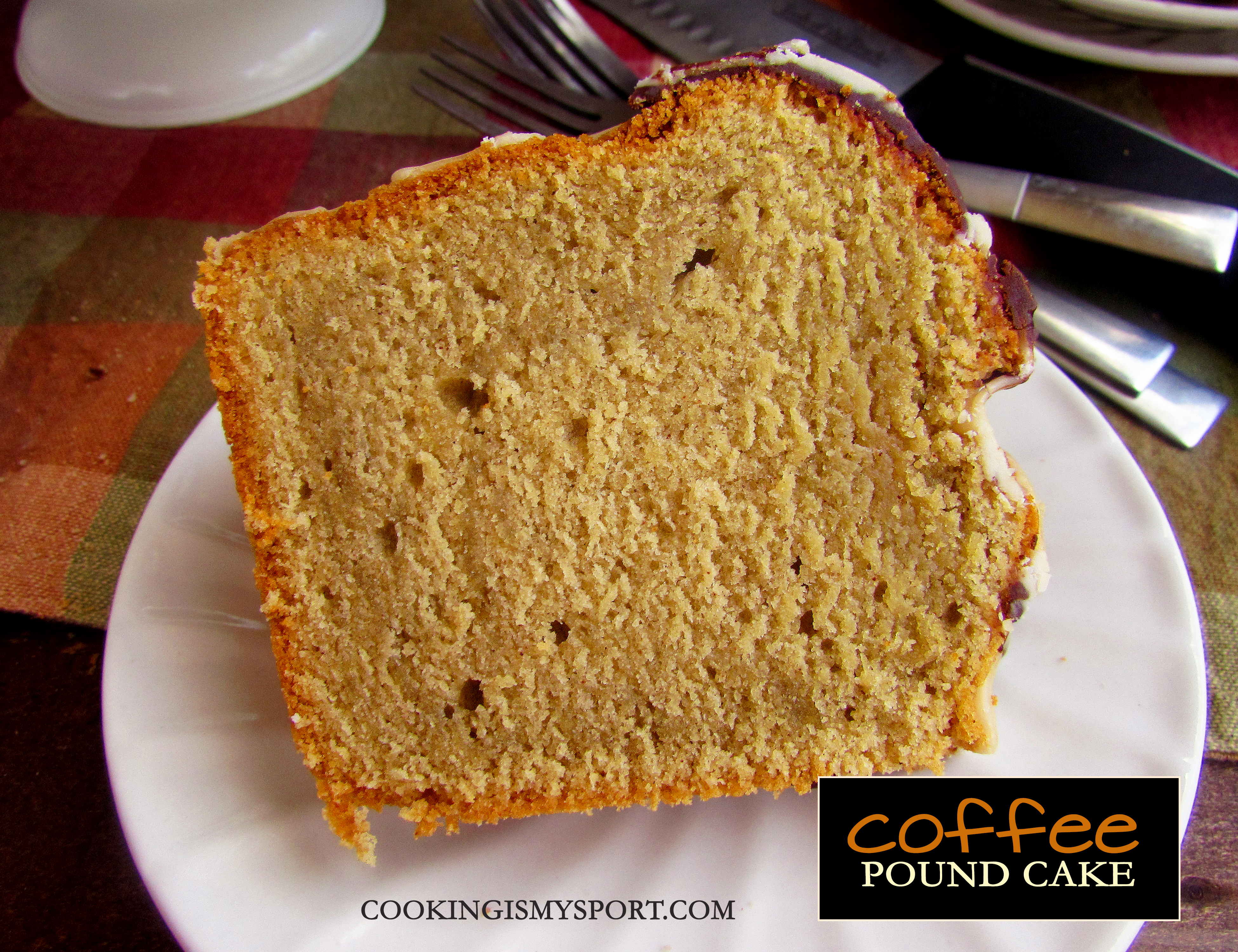 I’ve now reached the point in my fixation with coffee where I look for ways to use it for more than just a beverage. Because as it turns out, coffee is a great ingredient for use in both savory cooking and sweet baking.

Did y’all know that? No? Well, you do now. Even if you don’t like it all on its own, I think you’d still be hard pressed not to like the way it’s used in today’s recipe. It’s a real keeper. 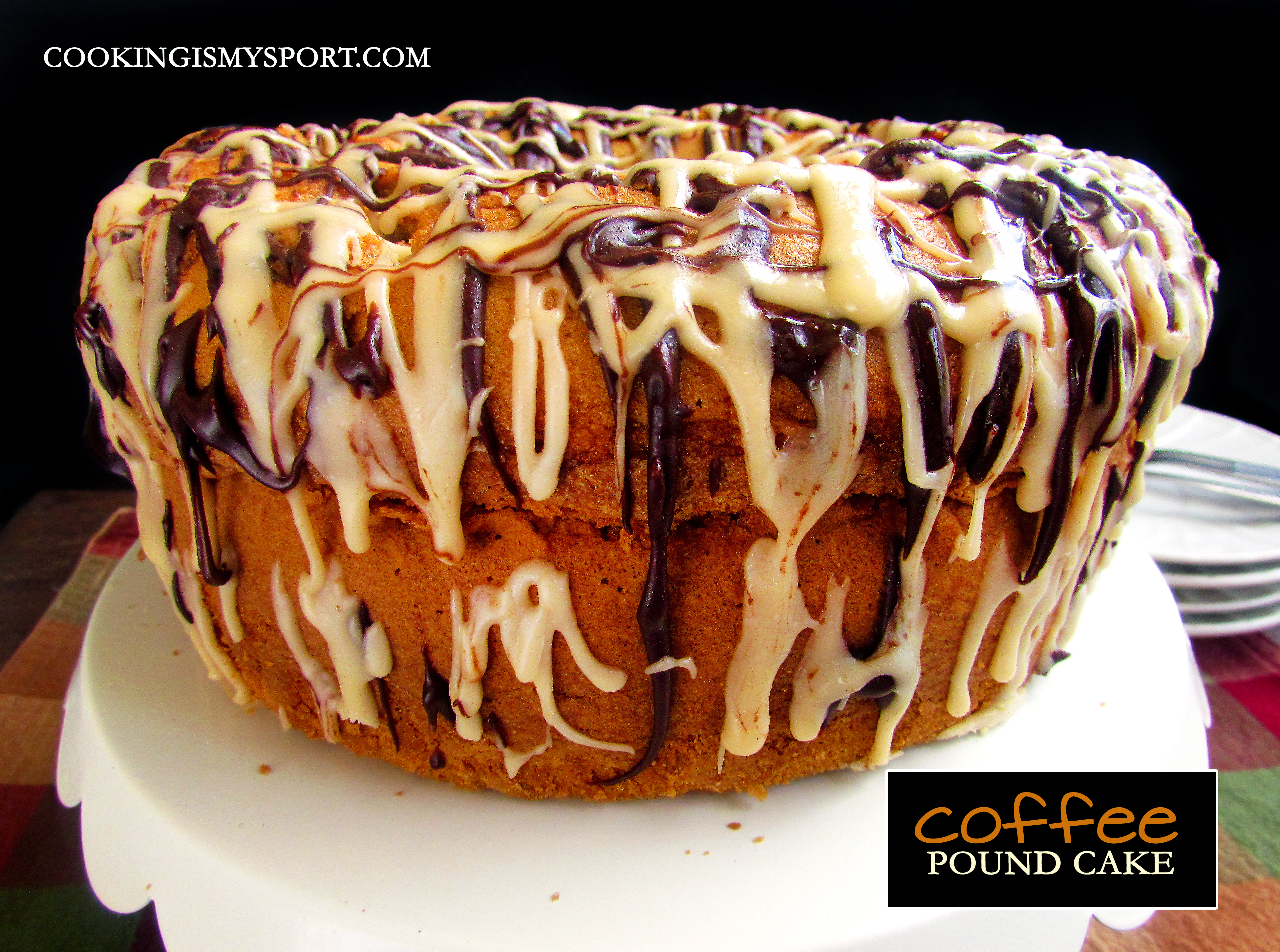 When a special occasion comes around, I like to commemorate it by making a cake. My 28th birthday was the last week in September AND, this week will mark the fourth anniversary of Cooking is My Sport. I’d say those were kind of special occasions. Special enough to celebrate with a great cake, anyway.

I don’t feel twenty eight (two years from thirty, yikes) and it certainly doesn’t feel like I’ve been blogging for four years. I’m grateful that I’m one year older, and (hopefully) one year wiser. It’s been a HUGE year of change–the good kind. I’ve been able to continue cooking, baking and blogging through that change in location and routine, which has been a relief and an outlet for me. Y’all have been great. Thank you to everyone who follows, likes and comments on CIMS. It’s very, VERY much appreciated. I mean that. 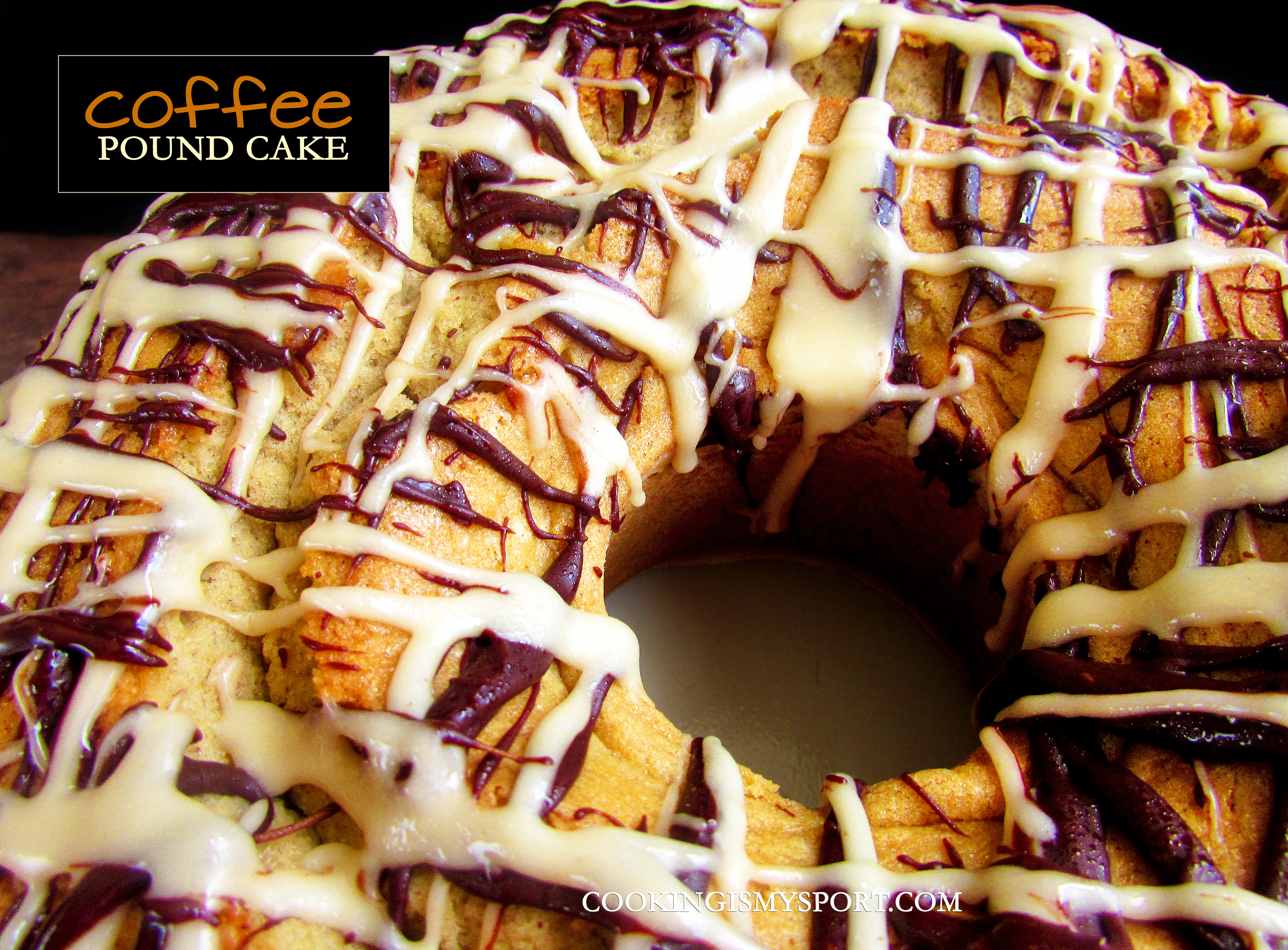 Pound cake is the best cake there is. This isn’t just because it’s got a lot of butter and sugar in it (though that’s certainly a good enough reason). It’s also because pound cake is a blank cake canvas on which you have the option of either eating plain, or testing out MANY different flavor profiles most of which will turn out great. You can make a cake that’s already delicious on its own taste even better by adding your flavor of choice. A moist vanilla pound cake is unquestionably perfect, but in my own experimenting, I’ve found that almond, lemon, orange or marble flavored ones are equally scrumptious. 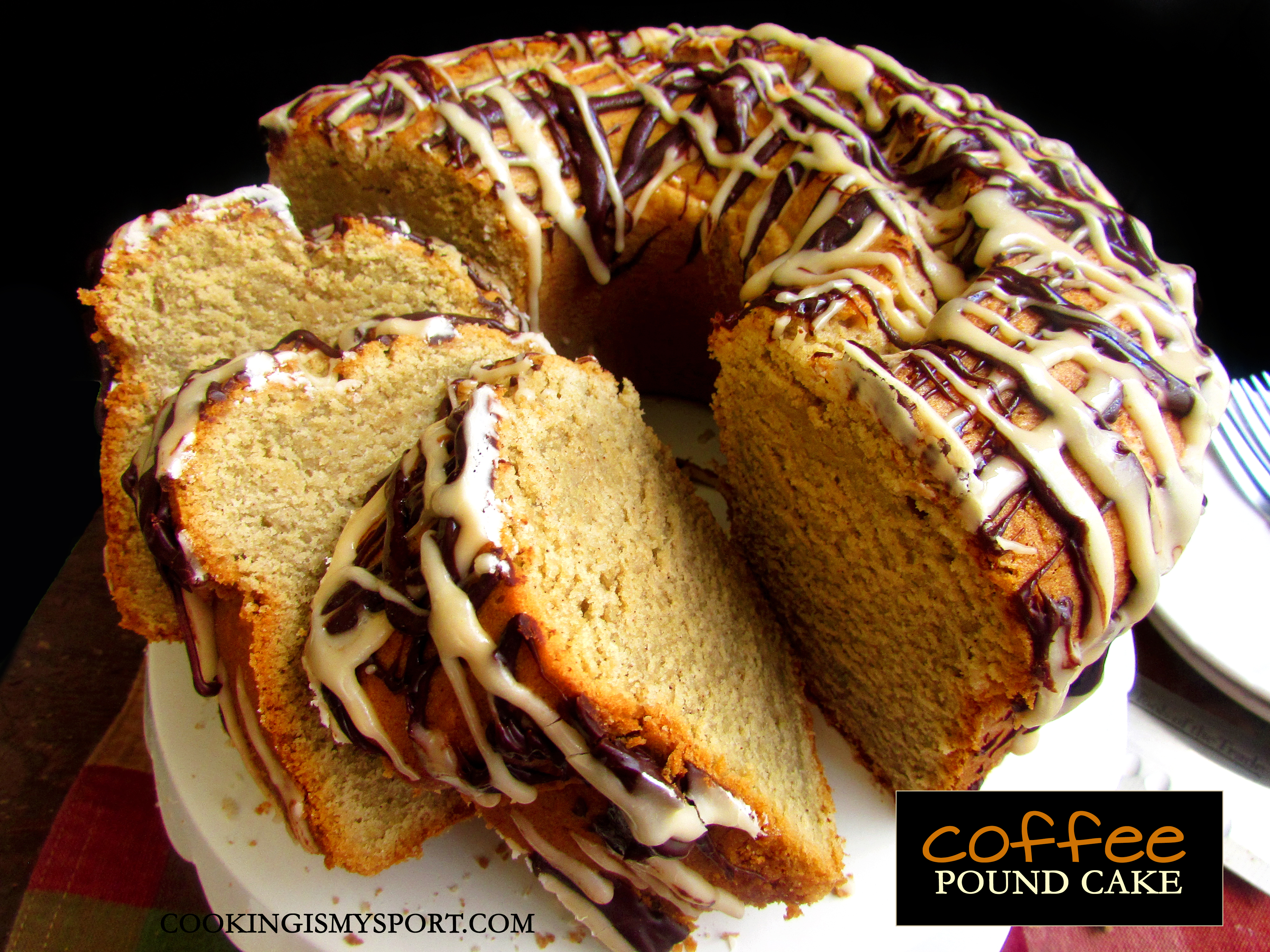 I can now also add coffee flavored pound cake to that list. After you try this recipe I’m pretty sure you’ll be ready to add it to yours too. A few notes for those who are ready to break out their mixers and have already preheated their ovens:

As you can see, this cake is big. VERY big. Any cake with seven eggs is going to rise high and I’m glad I followed my instincts and went ahead with my 16 cup tube pan rather than the 10 cup bundt pan. I’d have been left with a huge mess in my oven otherwise. If you don’t have a pan that big, I recommend you splitting the batter up between two loaf pans or two 8 or 9 inch round pans. 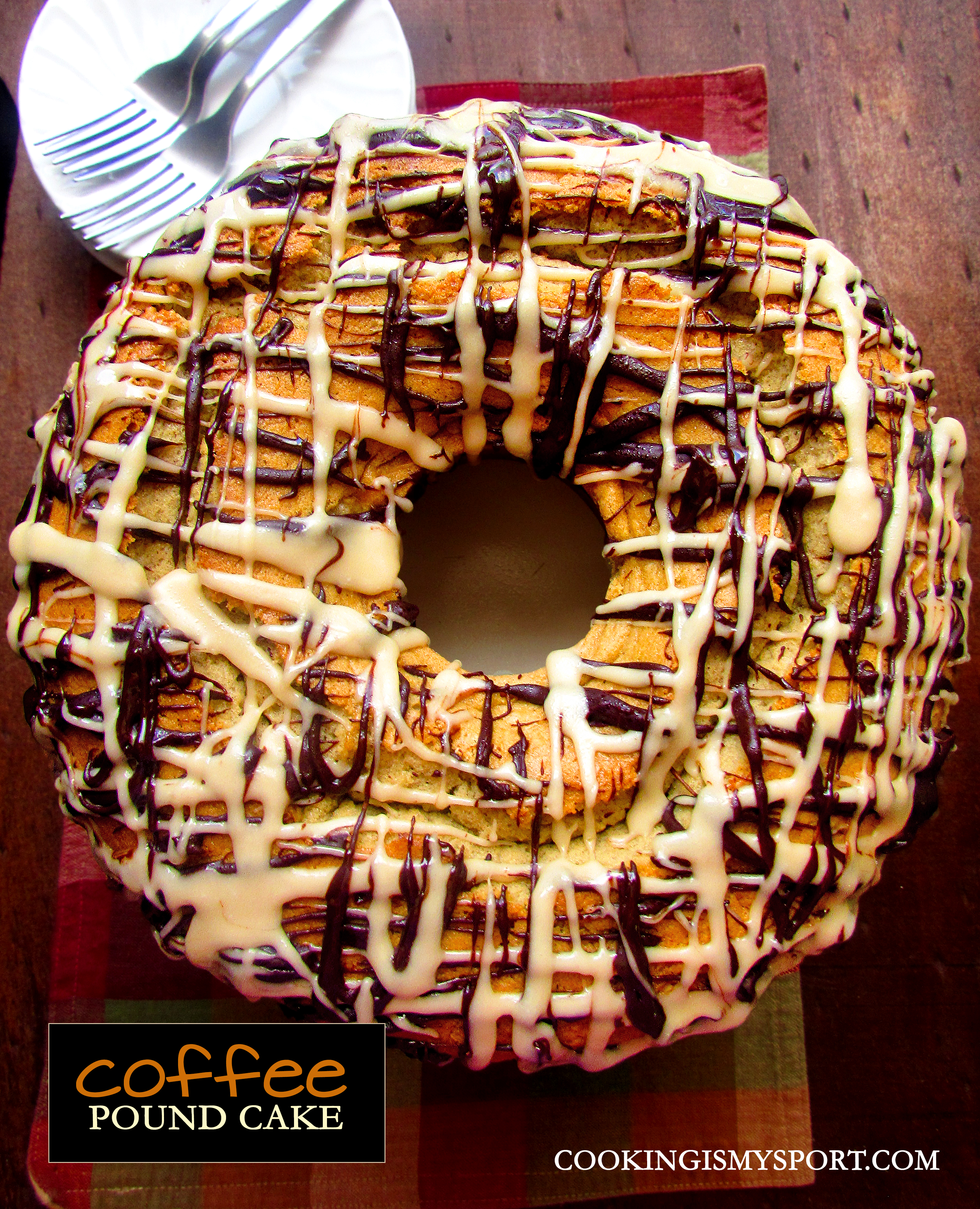 So far as the star ingredient here goes, I’ll say the same thing I do when using booze as an ingredient: don’t use something you wouldn’t be okay with drinking all on its own. If you buy and use a generic coffee with a flavor that you’re not fond of, chances are you’re going to end up with a cake flavor you’re not fond of either. Don’t use dark roast if you don’t like dark roast coffee. Don’t you light roast if light isn’t your fave. I do also recommend you use a coffee with its own unique taste; I used one that was a medium roast Creme Brulee flavor that I LOVE to drink.

Get the point? Good.

I used a mixture of brown and white sugar in the batter to give it a richer sweetness. The cinnamon works well with the bitterness of the coffee; you’re going to taste it but you likely won’t be able to place just what ‘it’ is. You’ll just know that you like it.

The cake bakes up so moist and rich. You could eat it totally plain and be satisfied, but I decided to go a step further and add a drizzle of icing flavored with some of the leftover coffee, and then a layer of melted semi-sweet chocolate drizzle. This bumped up both the look and taste. This really is one of the best cakes I’ve had in a good long while. I hope some of you fellow coffee lovers choose to give it a try.

Sharing at this week’s Fiesta Friday #193 co-hosted by Suzanne @ apuginthekitchen and Ginger @ Ginger and Bread.

In a medium size bowl combine the flour, baking powder, salt and cinnamon together with a fork and set aside.

Using the paddle attachment of a standing mixer or a handheld mixer, cream together the butter and sugar until light & creamy. Beat in the eggs, one at a time. Alternate between adding the flour mixture and 1 cup of the coffee to the batter, beginning and ending with the flour.

Pour the batter into the tube pan, spreading the top with a spatula. Lift the pan up a little and let it tap down onto a countertop a few times to eliminate air bubbles. Place the pan on a half sheet pan and bake for 55-60 minutes, until a toothpick inserted deep into the cake comes out clean. (Pound cakes are done at an inner temp of 195-200 degrees Fahrenheit)

Allow to cool in pan for about 25 minutes, then turn out onto a wire rack to cool completely.

In a small bowl mix the powdered sugar with about 1 tablespoon of coffee at a time, mixing thoroughly until it forms a smooth but thick icing. (You probably won’t need to use all the coffee, it all depends on how thick or thin you like your icing to be.) Use a fork to drizzle the coffee icing over the cake and alternate between drizzling with the melted chocolate. Allow to harden/set for about one hour before serving.