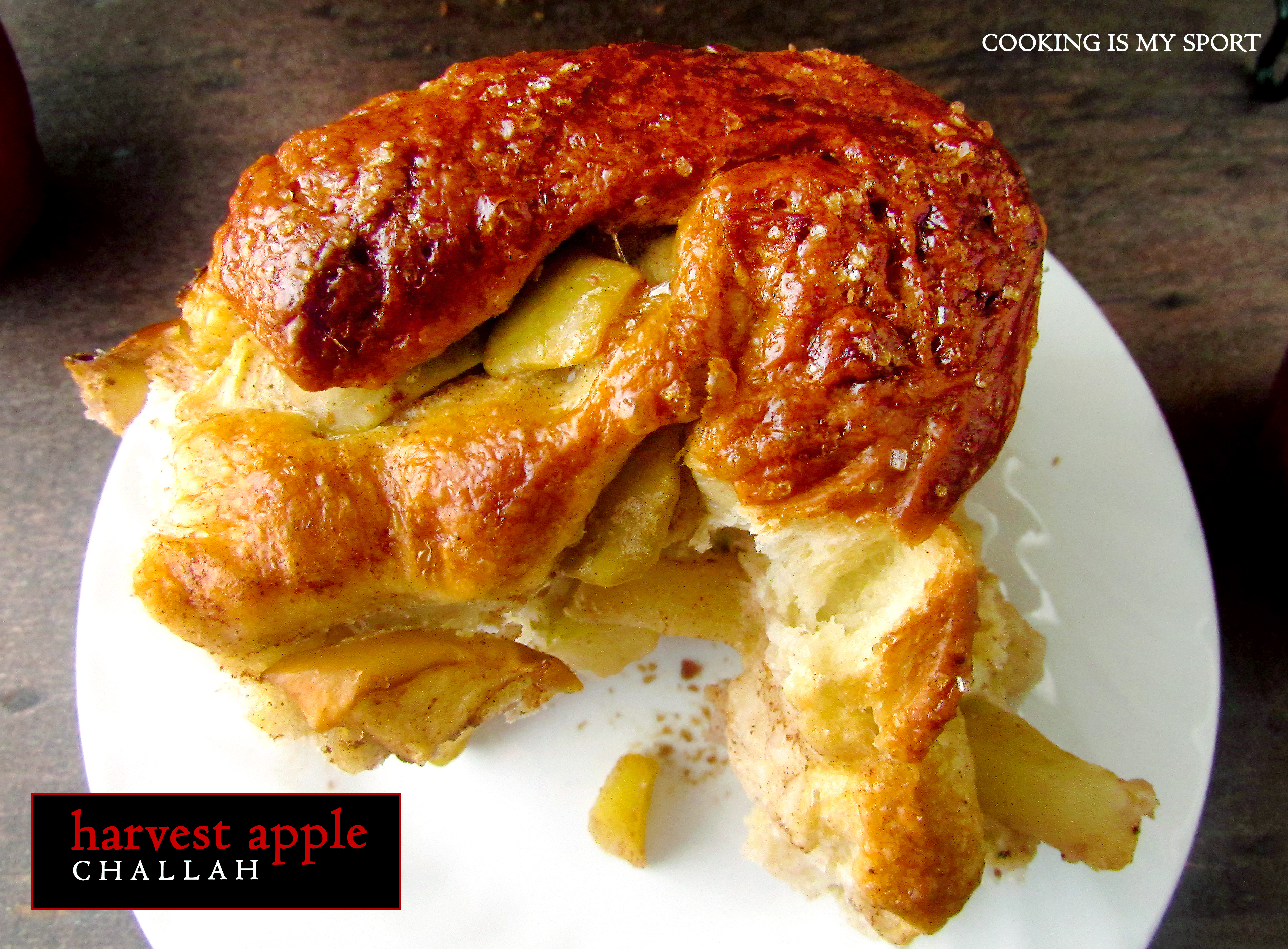 Sometimes life is just made up of everyday annoyances, irritations, unfortunate circumstances and overall ‘sucky-‘ things.

It snowed earlier this week in Michigan.

End of April. We got snow.

I’m sorry to say that round here,  that’s nothing new. My senior year of high school, we got a full blown snow storm on Easter Sunday. I still remember going out to shovel the sidewalk in blowing snow when we got home from church. 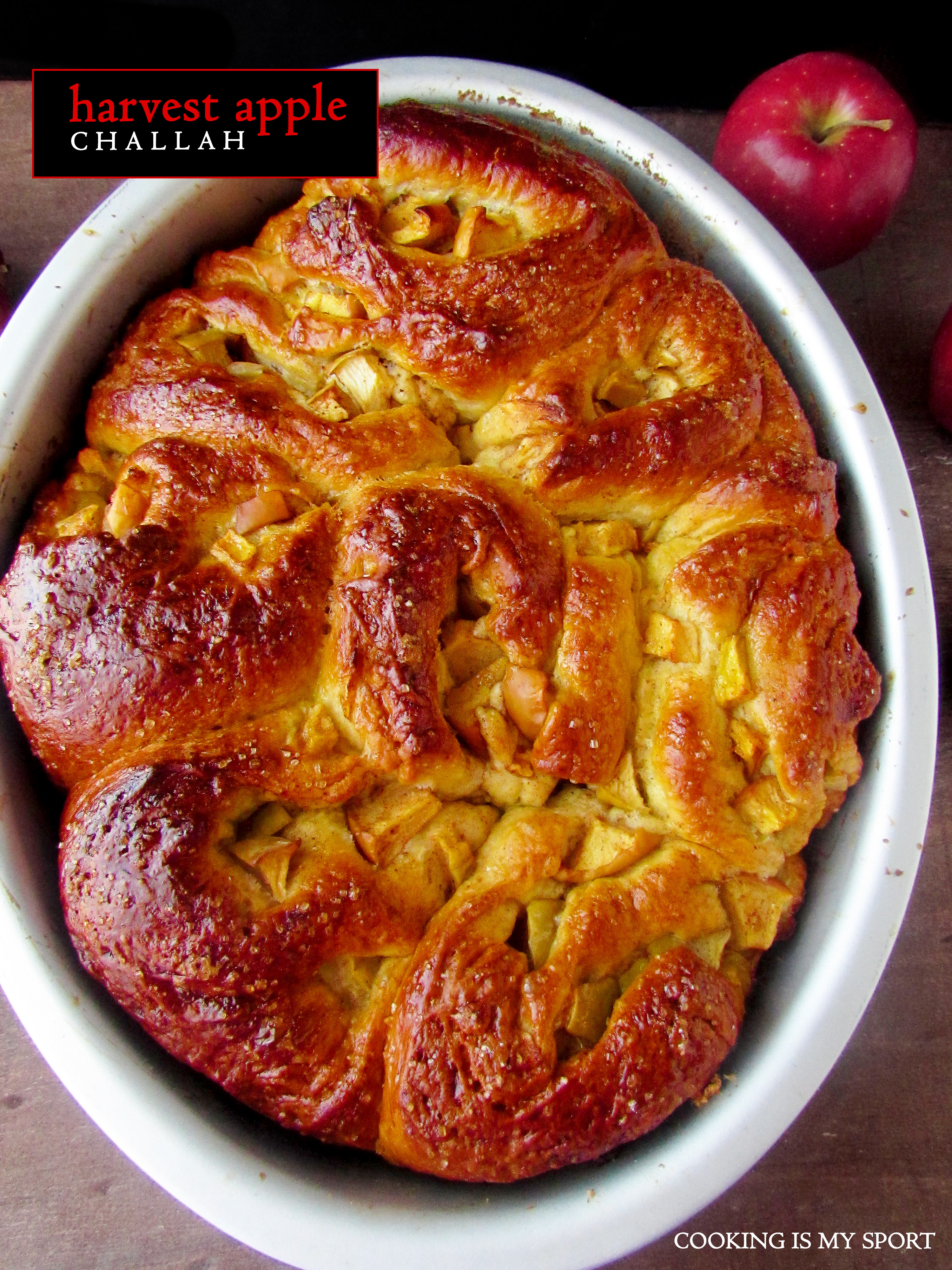 Random, unexpected and extremely inconvenient cooking fails (when I specifically planned on doing a photo shoot for the blog that day).

My paycheck doesn’t have a few extra zeros at the end. 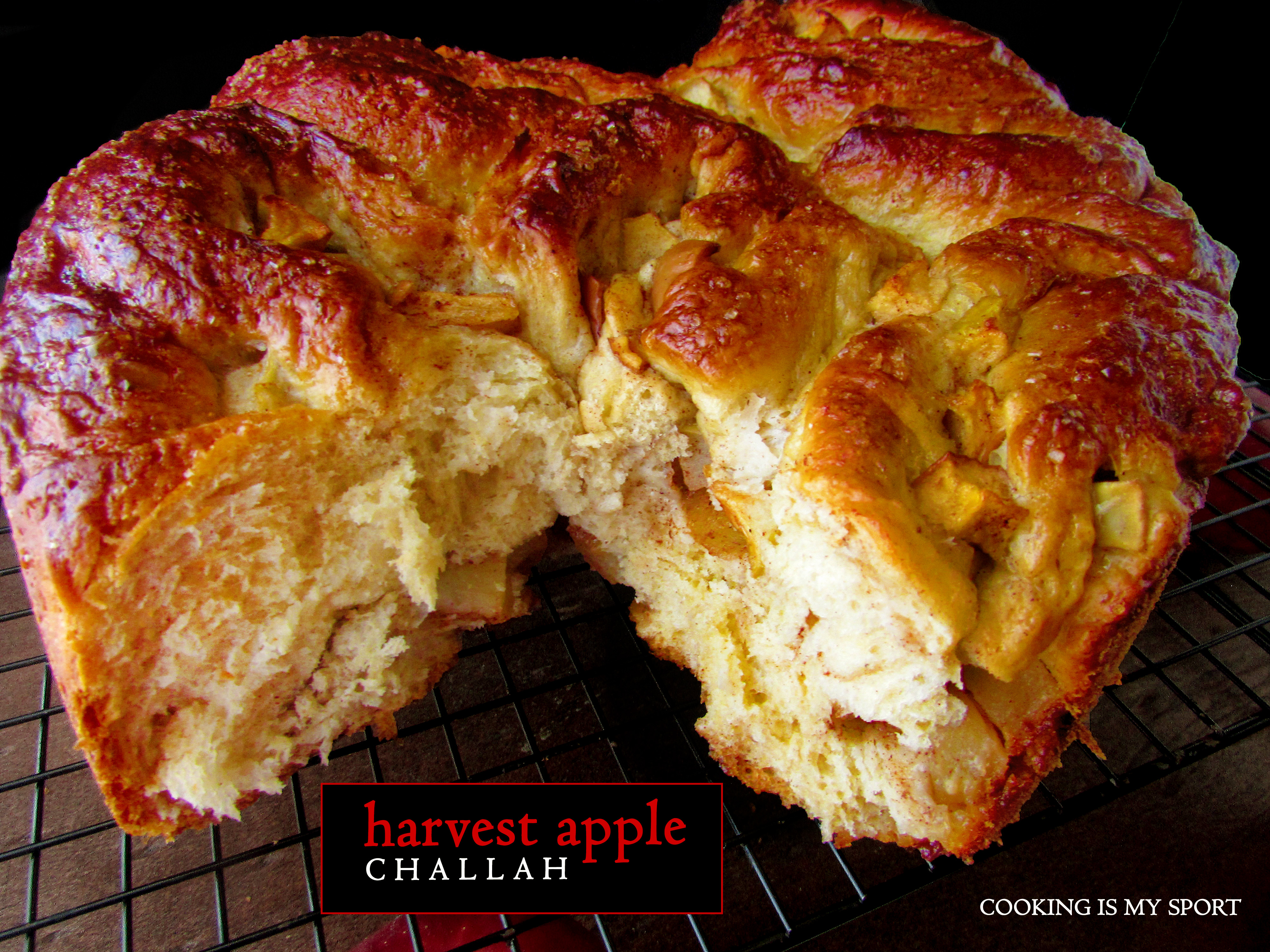 I’ve never been to Europe.

Stephanie Meyer is a gazillionaire and a bestselling ‘author’, and I’m…not either of those things.

Chris Evans hasn’t figured out that we’re meant to be together and proposed to me.

I don’t have the thighs of a Victoria Secret Model. 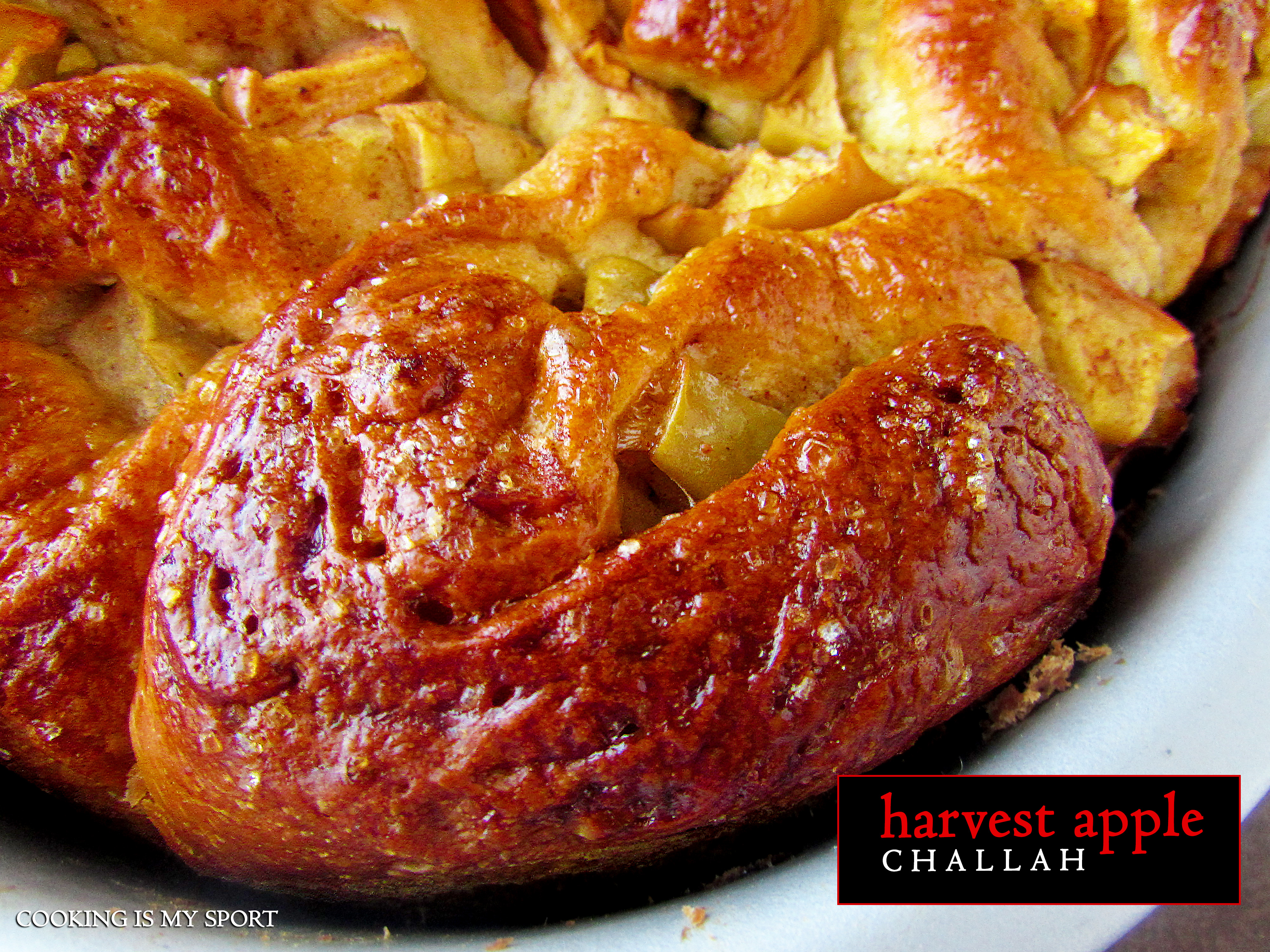 But for every one of the daily, inconvenient ‘suck-y’ circumstances of every day life, I bet we all can think of just as many (if not more) convenient, not suck-y circumstances that make up for all that. I certainly can.

For one: challah. Challah is one of my all-time favorite things ever, period. It’s beautiful. It’s delicious. It’s the best.

Challah can make up for a lot of those daily suck-y things.

(Except maybe the one about Chris Evans. That still smarts pretty bad no matter what.) 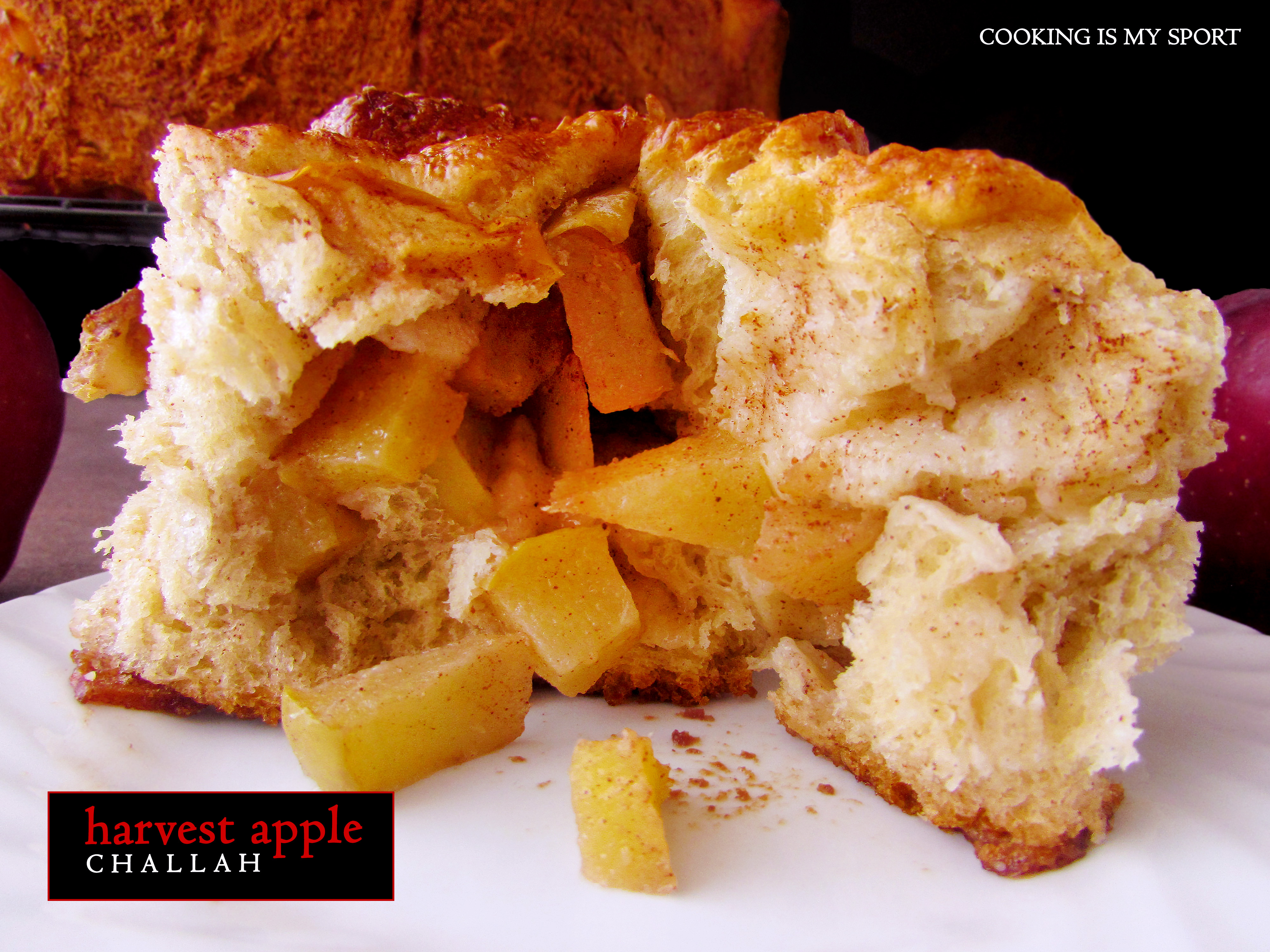 Somehow, I always end up baking challah around this time of year. Last year, I went all out and made regular Challah and a Vanilla Bean Challah. This year, I still wanted to try and make a twist on the original so I decided to go with this recipe for Challah stuffed with apples.

Challah itself can be a labor of love if you’re keen on twisting the dough into elaborate shapes. Or if you’re like me, and still has to Google EVERY SINGLE TIME how to correctly braid the dough no matter how many times I’ve made this bread before. This apple challah is, I will admit, somewhat more  labor intensive.

However, it’s worth it. More than worth it. 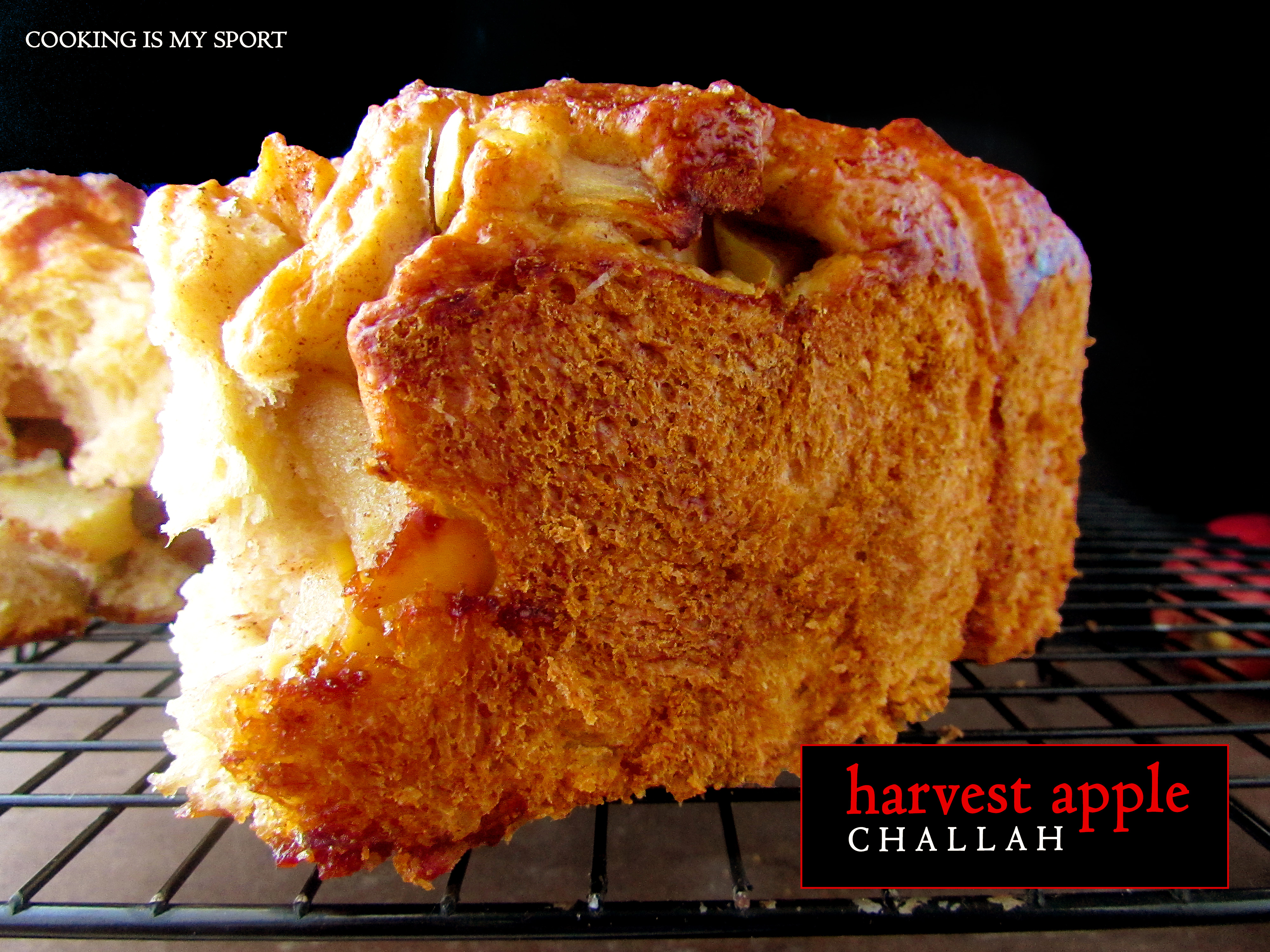 As you guys can see, this dough is as soft, fluffy and moist as a bread dough can get. The fat challah rolls pull apart at the slightest tug, letting the tender apple chunks fall out into your hands. Best of all, the filling leaks out ever so little so that the bottom of the dough has a thin layer of syrupy brown sugar goo. And of course, there’s the trademark challah golden brown crust on top that is ever so ‘thunk-able’ with your fingers so that you know for sure that you’ve done it right.

Definitely does not suck.

If I had to critique one thing about this recipe, it’s that I had way too much dough to try and stuff into a 9 inch cake pan. Mine wasn’t wide or tall enough by far, so I opted for one of deep, oval casserole pans instead. I think it gave me a much bigger rise for my dough anyway, so that was totally cool with me.

1) Pour water in a small bowl; add yeast and 1 tsp. white sugar. Allow to sit for 10 minutes, until proofed and foamy at the surface.

2) Pour yeast mixture into a stand mixer and add vegetable oil, honey, eggs and salt, stirring well to combine. Using dough hook add the flour, 1 cup at  a time until dough is smooth and elastic.

3) Allow the dough to rise, covered, for 2 hours, or until it’s puffy and nearly doubled in bulk.

4) Lightly grease a 9″ round cake pan that’s at least 2″ deep, or grease a 9″ or 10″ springform pan.  Toss the apple chunks with the sugar and cinnamon. Gently deflate the dough, transfer it to a lightly greased work surface, and flatten it into a rough rectangle, about 8″ x 10″.

5) Spread half the apple chunks in the center of the dough. Fold a short edge of the dough over the apple to cover it, patting firmly to seal the apples and spread the dough a bit.  Spread the remaining apple atop the folded-over dough. Cover the apples with the other side of the dough, again patting firmly. Basically, you’ve folded the dough like a letter, enclosing the apples inside. Take a bench knife or a knife, or even a pair of scissors, and cut the apple-filled dough into 16 pieces. Cut in half, then each half in halves, etc.  Lay the dough chunks into the pan; crowd them so that they all fit in a single layer (barely). Lots of apple chunks will fall out during this process; just tuck them in among the dough pieces, or simply spread them on top. Cover the challah gently with lightly greased plastic wrap or a proof cover, and allow it to rise for about 1 hour, until it’s a generous 2″ high. It should just crest the rim of a 9″ round cake pan. Towards the end of the rising time, preheat the oven to 325°F.

6) Whisk together the egg and 1 tablespoon water. Brush the dough with the egg mixture, and sprinkle heavily with the coarse sugar, if desired. If you’re going to drizzle with honey before serving, omit the sugar. Place the bread in the lower third of the oven. Bake it for 55 minutes, or until the top is at least light brown all over, with no white spots. Remove the challah from the oven, and after 5 minutes loosen the edges and carefully transfer it to a rack.