Something I don’t think I’ve ever mentioned on this blog before is that I enjoy musicals quite a bit.  I admittedly don’t have the Broadway cash to be able to get out and see the majority of the ‘newer’ ones that have come out- but when it comes to certain classics that have either been videotaped and sold or broadcast on PBS or, made into actual cinema movies, I’ve got quite a few favorites.

For me, the #1 spot permanently belongs to “Phantom the Opera” (by Lloyd Webber). I fell in love with it from that very first time I watched it/heard the music and no other  musical is ever going to take its place.

“My Fair Lady” is a very close second, though. I went through a phase where I kept the VHS of My Fair Lady semi-permanently set out next to my tv because I would watch it at least several times a week. To this day the song “On the Street Where You Live” is enough to always make me smile and pull me out of the worst moods.

I could go on, but you get the picture, right? I really love musicals. 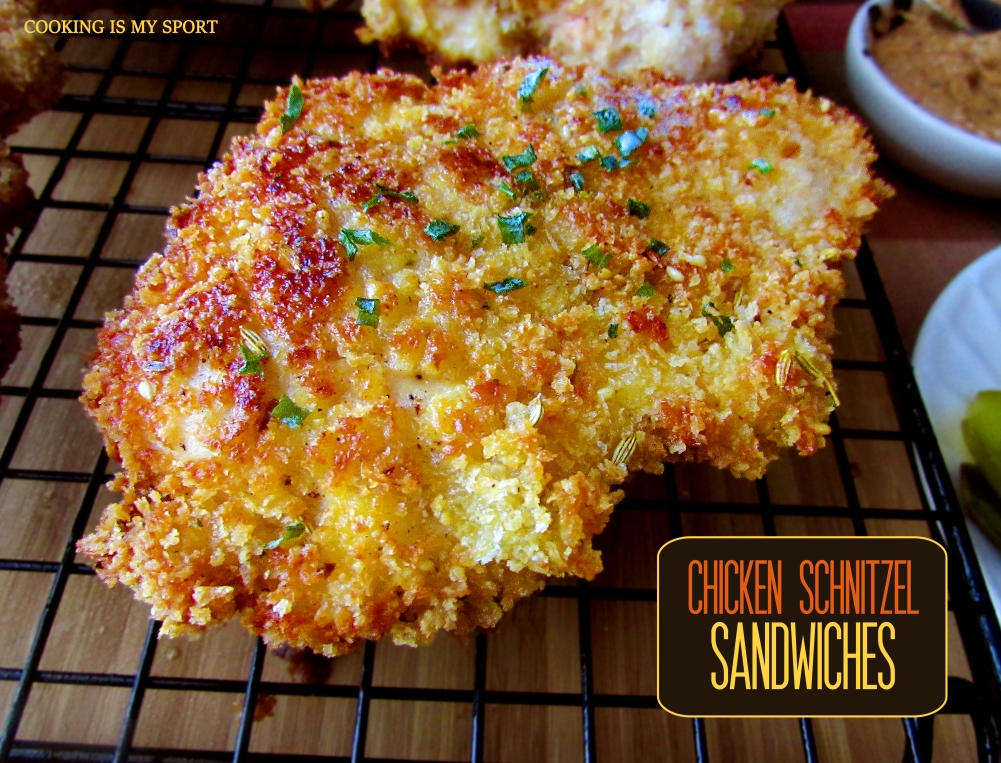 So, what do musicals have to do with today’s post?

There IS a connection, actually. You may have noticed that in my little list of favorite musicals, I left one out- possibly one of THE most well-known and popular musicals of all time.

Calling all theater nerds: which one did I leave out?

Yep. Rodgers and Hammerstein’s “The Sound of Music”. 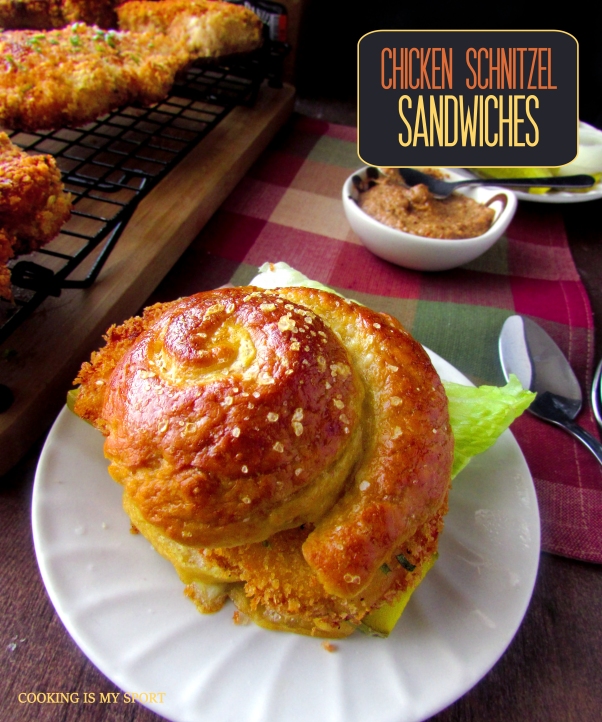 If for nothing else, many people are familiar with The Sound of Music for the song “My Favorite Things” that (for some reason that I never have really understood) has become a song that’s sung here in America at Christmastime.

I have only, ever, and always thought about one thing when I hear(d) the word ‘schnitzel’.

Maria von Trapp-the main character who sings the song “My Favorite Things”.  I kinda knew about schnitzel with noodles before I even knew just what the heck schnitzel was. I knew it was probably some kind of meat since it was being eaten ‘with’ noodles, but besides that- not a clue.

Eventually when I became a foodie and started cooking I found out what it was, but still wasn’t very interested in it. It was one of those foods I saw come out around October for Oktoberfest with a bunch of other German/Austrian foods. And for some reason, there’s a restaurant in my area that has a schnitzel special come out around St. Patrick’s Day. I’m not typically a huge fan of German food so I never had much of a reason to try schnitzel, whether it was made by me or someone else.

Recently, I was thumbing through an issue of Food Network Magazine and I came across a recipe for Pretzel Rolls that really stuck out to me-enough so that I decided to go ahead and try it out for myself. It was a marvelous success, and the subject of my last blog post. Directly opposite the pretzels rolls in the magazine was a recipe for Schnitzel Sandwiches that they suggested you pair with the rolls.

Well lemme tell you guys, the schnitzel in the magazine looked SO tasty alongside those pretzel rolls that I just couldn’t resist following that recommendation. I went to the store and bought myself chicken and decided to give it a try for myself.

And now, I really do understand why schnitzel made the list of Maria’s favorite things. I SO get it now.

If you buy meat that’s already been pounded thin for you, then this dish is actually really easy and relatively quick. The seasonings are also pretty simple, but they yield such wonderful results. The coating fried up SO golden brown and crisp, and it stayed on like glue even while frying (I’m pretty sure it was because of the chilling given to the cutlets before they get to the pan, so I wouldn’t skip that step if I were you.) I ate my chicken on a golden brown pretzel roll just like the recipe suggested, served alongside some potato chips sprinkled with malt vinegar.

Heck, even when I was eating the leftovers (after the crispiness had left the coating for obvious reasons) I STILL thought this dish was awesome. So awesome, that I’m bringing it to this week’s Fiesta Friday #91, co-hosted this week by  Juju @ cookingwithauntjuju and Indira @ I’ll Cook, You Wash. I’m pretty sure I’ll make all of us schnitzel-lover converts by the time the party’s over 😉

Lightly dredge each cutlet in the flour, shaking off the excess. Dip in the egg mixture, then in the breadcrumb mixture, pressing to coat both sides.

Arrange the cutlets in a single layer on the prepared baking sheet and refrigerate, uncovered, for 1 hour. (It helps the coating stick to the meat)

Heat the olive oil and butter in a large nonstick skillet over medium-high heat. Working in batches, fry the cutlets until golden brown and crisp, about 3 minutes per side, sprinkling with the parsley during the last minute of cooking. Remove to a rack or paper-towel lined plate to drain. Season with salt.

Sandwich the schnitzels on the pretzels rolls (you may need to cut the bigger pieces of meat.) Top with pickles, red onion, lettuce and/or mustard.